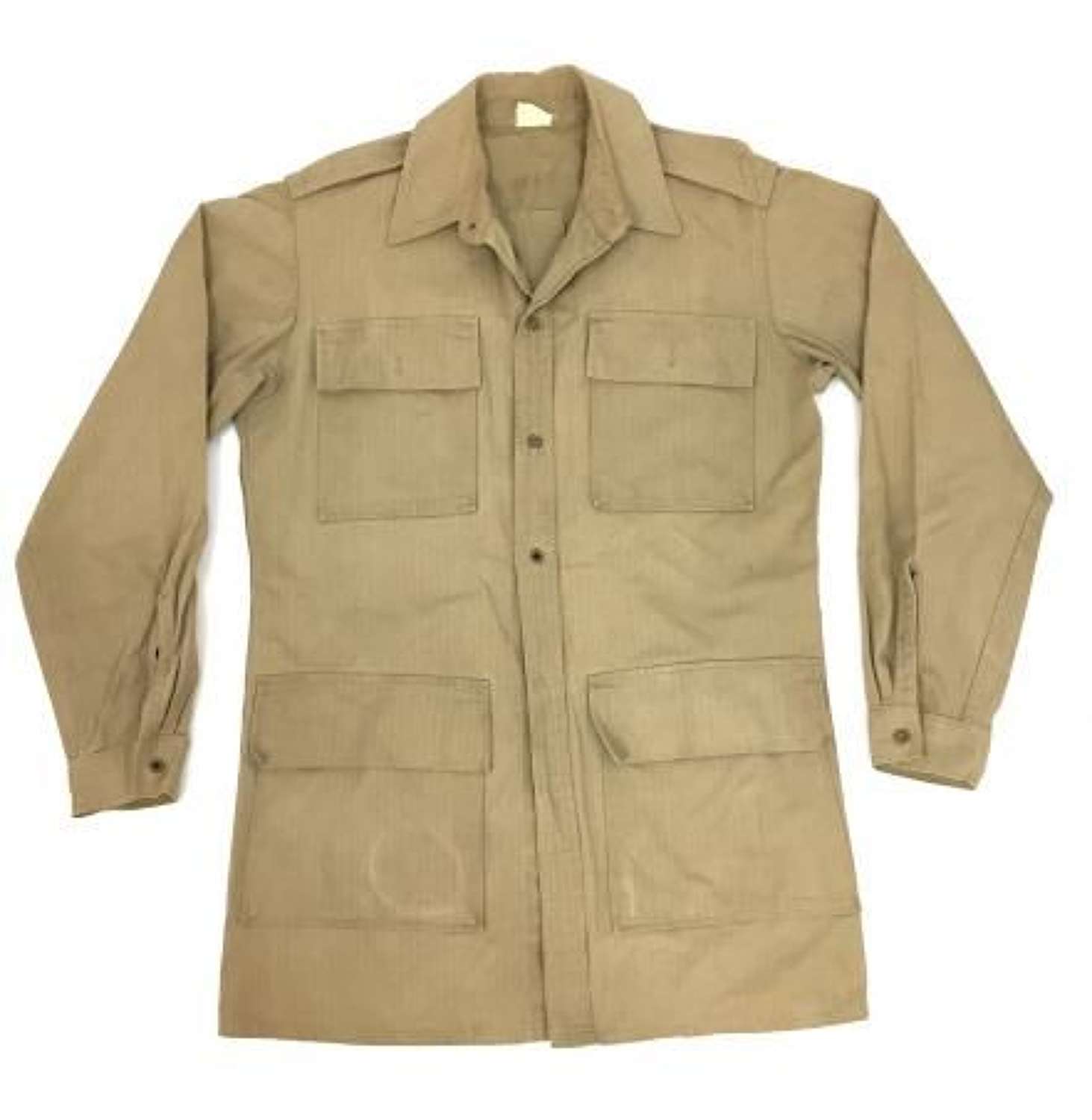 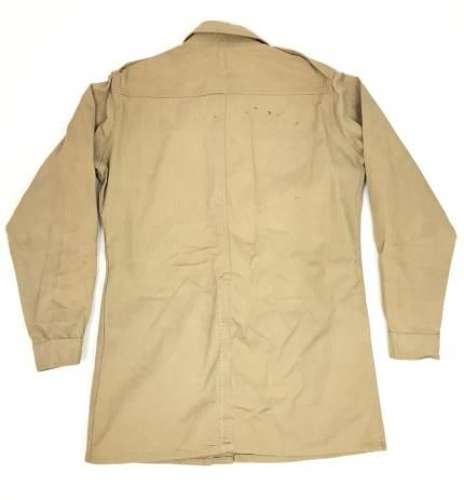 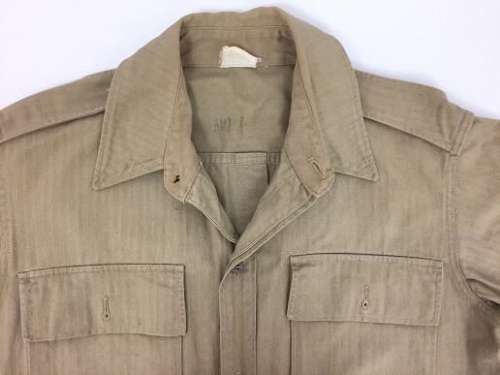 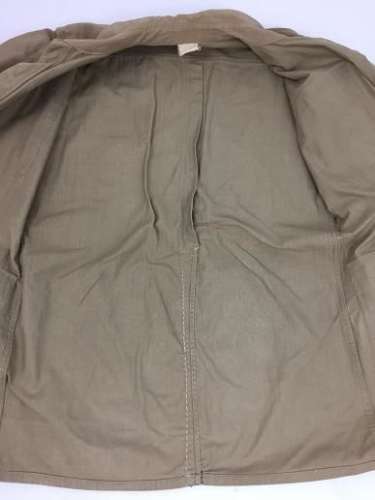 This example is made of HBT or Herringbone Twill which has a noticeable stripy effect in the fabric which you can see in the photographs. This material was favoured by American manufacturers due to its hard wearing nature and was used on War Aid jackets such as this.

The cut of the jacket closely resembles British and Indian made examples seen more commonly on the market. It features two breast pockets and two flapped hip pockets. a stand and fall collar and long sleeves. The rear features a vent which has been tacked closed, almost certainly by the original owner for smartness. This can only be seen from the interior.

Sadly there are no markings in the jacket but this is a guaranteed Second World War item as the Americans stopped making War Aid clothing for the British Army in 1945. There is a white label in the neck but it is very washed out and no details are no visible.

The jacket is a generous size measuring 22" so it should fit a 42" chest comfortably.

The condition of the jacket is good as can be seen in the pictures and it displays very well. There are a couple of buttons missing but these could easily be sourced.

Altogether a very nice example of this rare War Aid bush jacket which would be ideal for a re-enactor due to its large size.