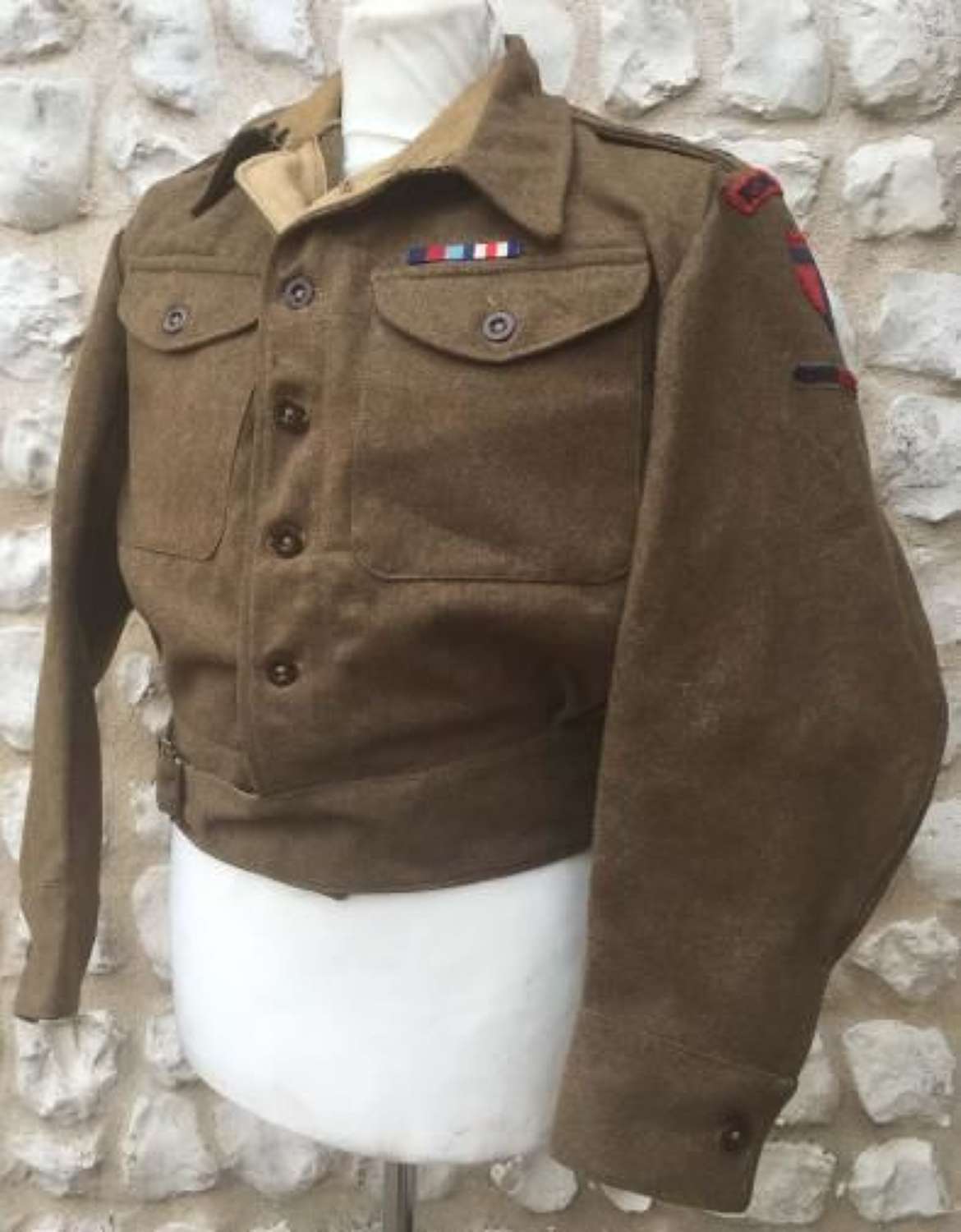 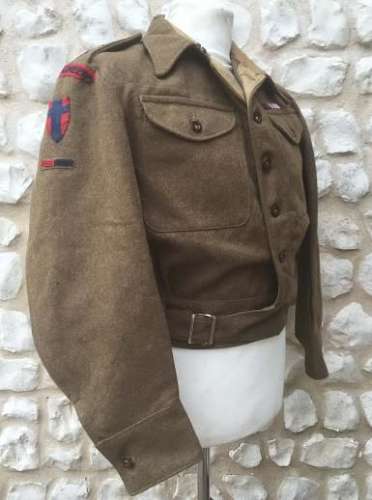 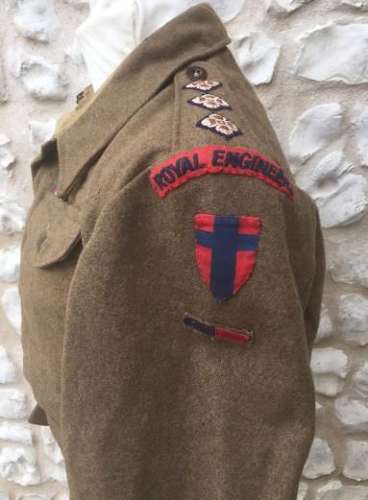 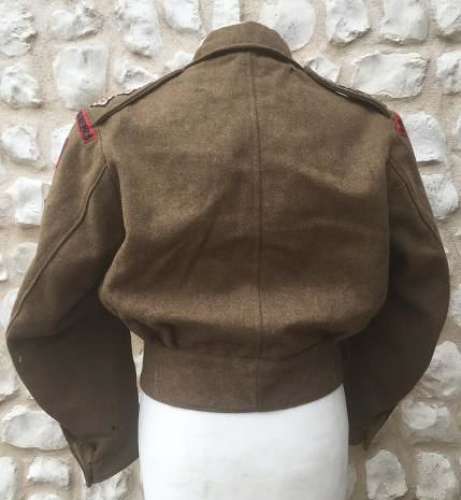 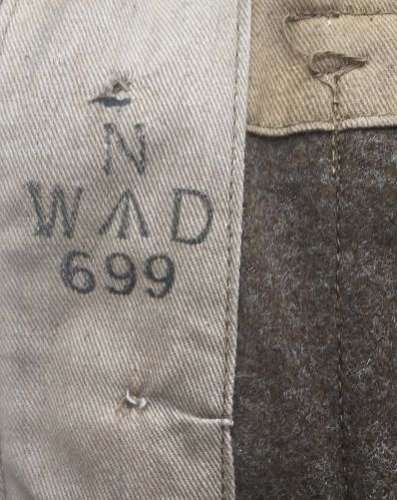 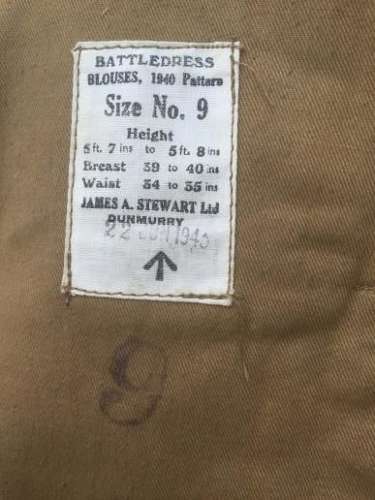 The blouse is a good size 9 as can be seen from the label and will fit up to 40" chest. The blouse also has the WD stamp and the letter N above it which denotes 1943 as the year of manufacture.

The blouse features the 'early' brown horn buttons often sort after by collectors. It also has the correct waist buckle.

The overall condition of the blouse is good, the lining being in very good condition. The serge is also in good condition but had had some moth damage. This has been taken into account when pricing this blouse.