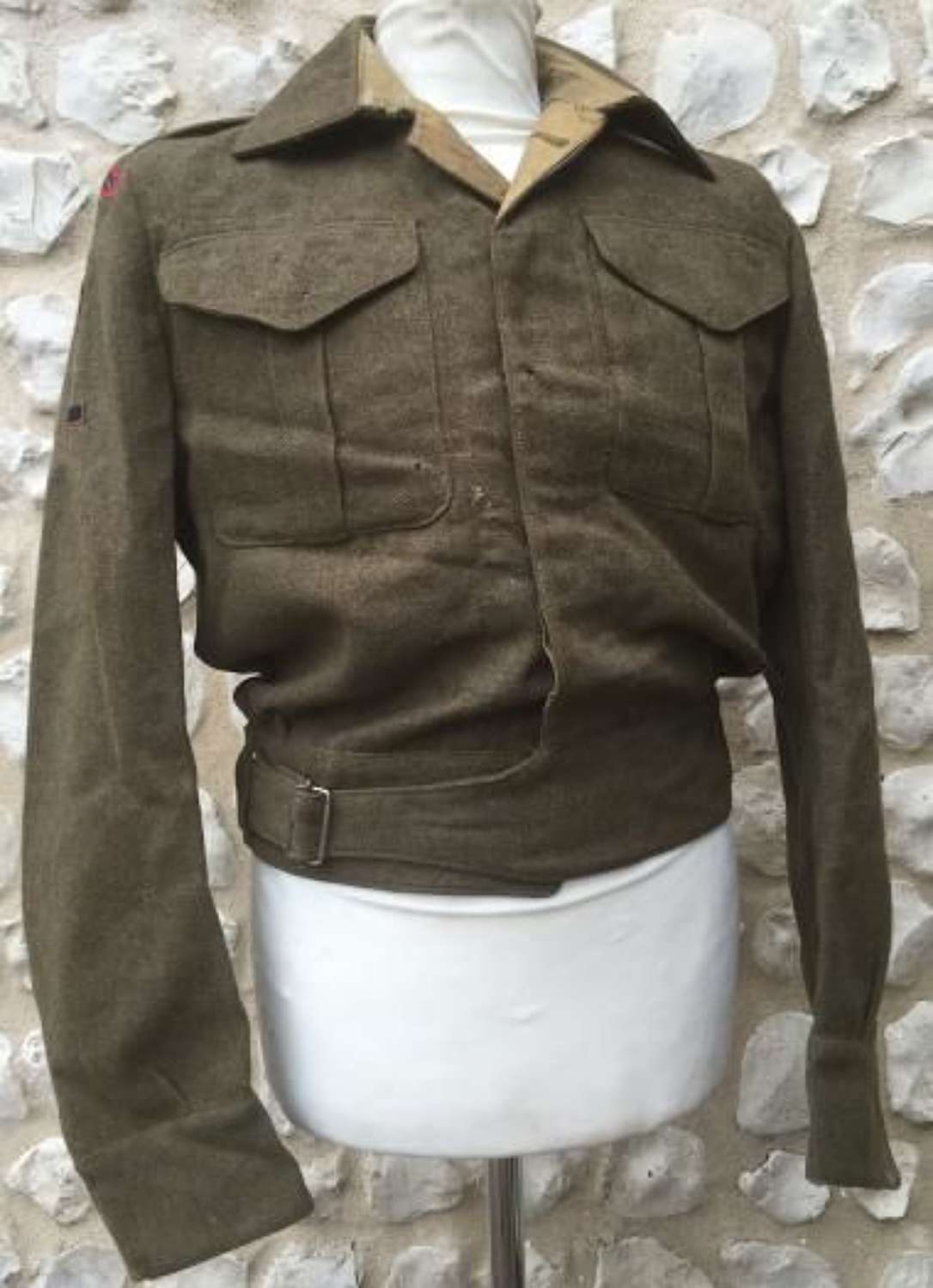 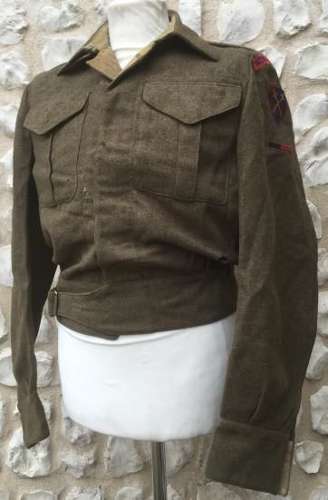 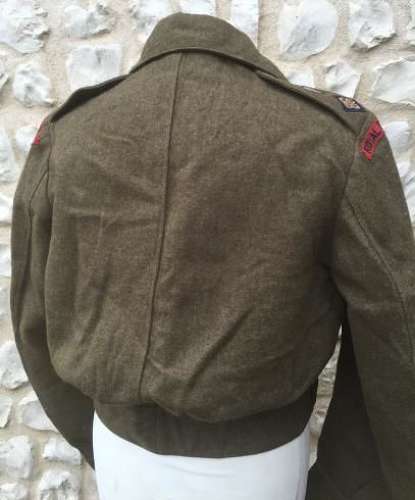 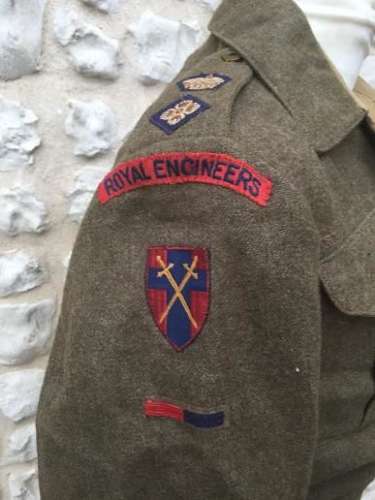 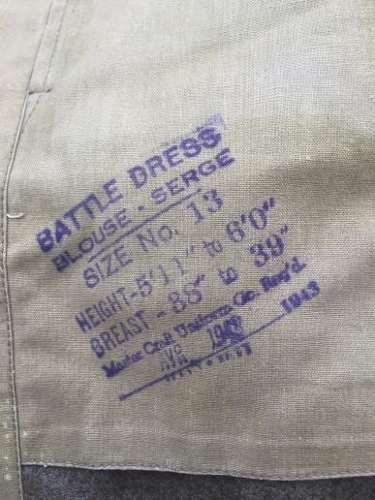 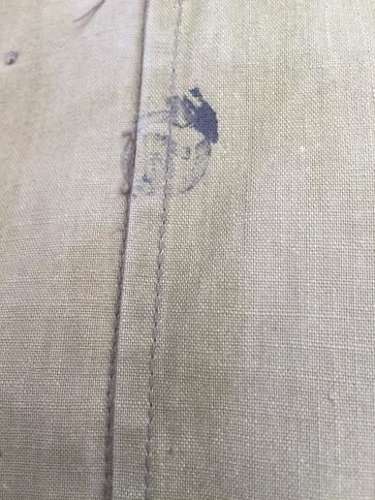 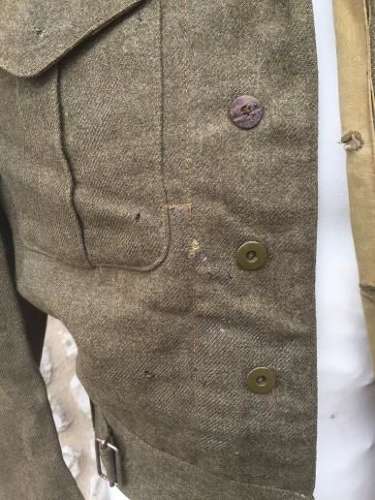 SOLD
A nice original wartime Canadian made battledress blouse with original insignia to a Lieutenant Colonel of the Royal Engineers attached to 21st Army Group HQ.

21st Army Group HQ was the British headquarters formation in Normandy which was in charge of 1st Canadian Army and British 2nd Army as well as other supporting units. The original owner of this blouse would have worked within the HQ section along with famous names such as Dempsey and Montgomery and would have been very well positioned to see the battle of Normandy and the subsequent push into the continent unfold.

The pip and crown featured on both shoulders are very nice flat examples with the correct blue backing for Royal Engineers. The shoulder titles are nice embroidered examples and the 21st Army Group patch is a high quality example which is heavily embroidered. The arm of service stripes are again genuine examples but this time of the standard quality used by all ranks.

The blouse is nicely marked inside as a good size 13. It is also clearly dated 1943 and retains it WD arrow surround by a 'C' which denotes Canadian manufacture.

The condition of this blouse is reasonable for its age but it does have a some moth damage, as can be seen in the photographs. The main areas affected are the front of the blouse which I have photographed as well as a sizable hole to the side of the blouse. One of the front buttons is also somewhat corroded. This has been taken into consideration when the item was priced.

All together, a nice blouse with wonderful original insignia which displays well despite some damage.