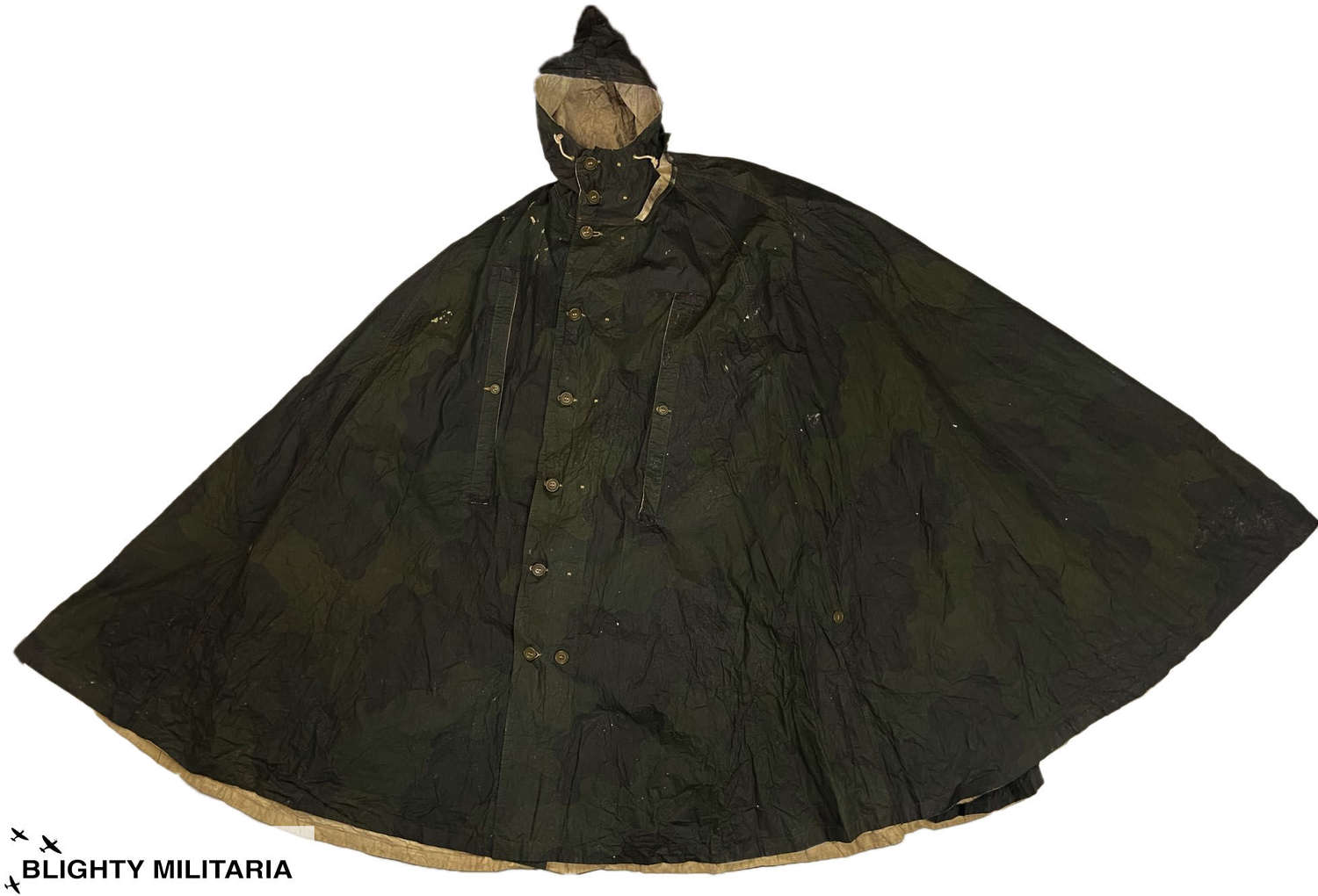 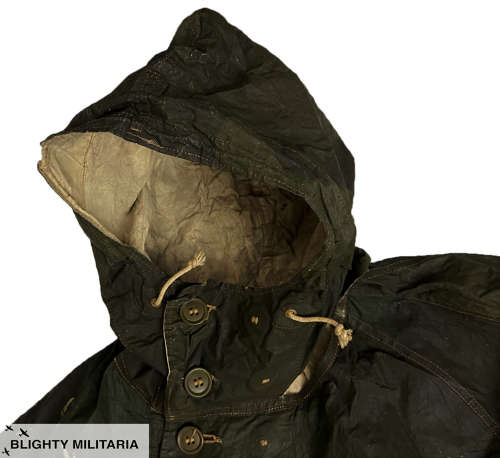 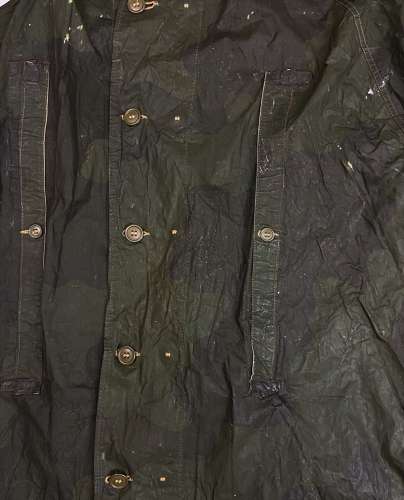 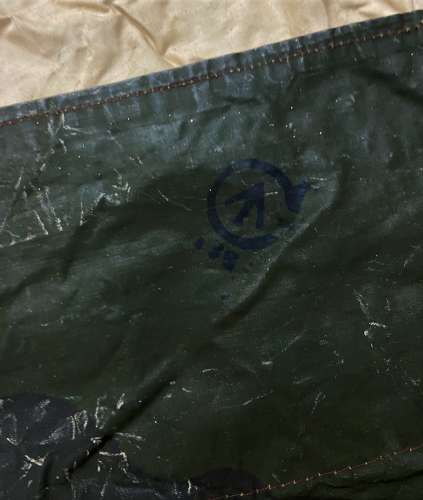 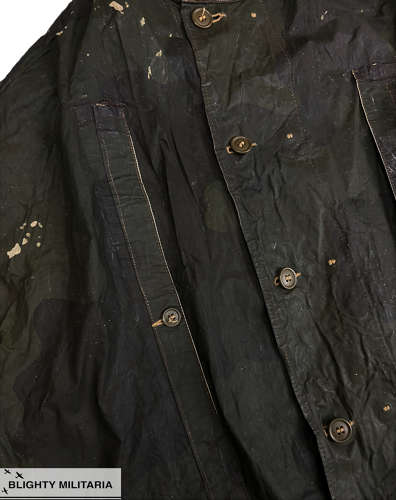 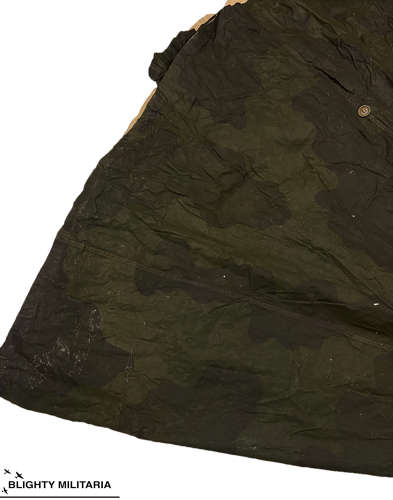 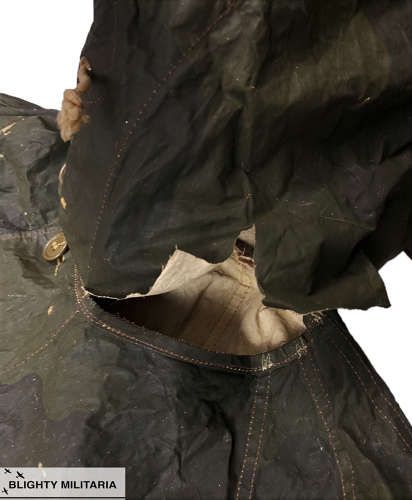 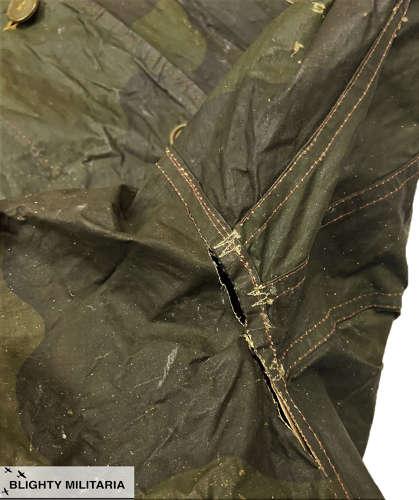 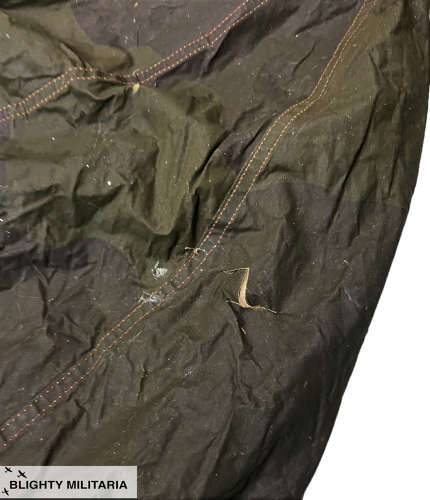 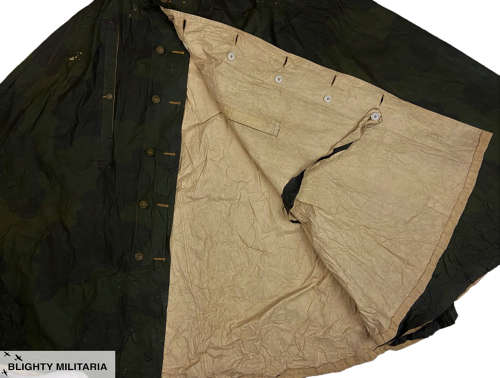 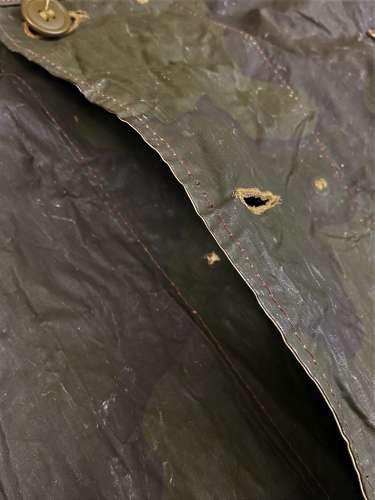 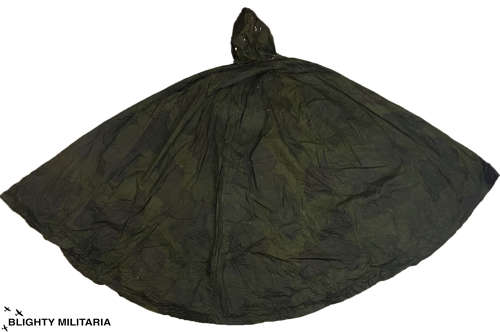 This cape is made from the same linseed impregnated material used for anti gas capes and other items during the Second World War. It is green and features a brown camouflage pattern which is similar to those seen on other anti-gas items as well as the early war camouflaged rain cape. The cape is intended to be reversible with the interior being white. The front of the cape fastens with buttons and there is a hood which features a drawstring to pull it tight over the wearer's head. There are large openings to the front which allow the wearer to pass their arms through and are similar in design to those seen on the monsoon cape. The Canadian War Department stamp is present to the green and brown camouflage side as can be seen in picture 4.

The cape is still soft and pliable and has not become hard or brittle like many anti-gas items. It does however have a large rip between the hood and the many body and two more smaller rips along the same line. There is also an L-shaped tear to the body and areas where the finish of the material has come away. One of the front buttons has broken off but is included with the cape. The flaws have been detailed in the pictures so please study these before purchasing. The cape will be fine as a design reference or could be carefully displayed.

A rare piece of Commonwealth clothing with an incredible camouflage pattern!