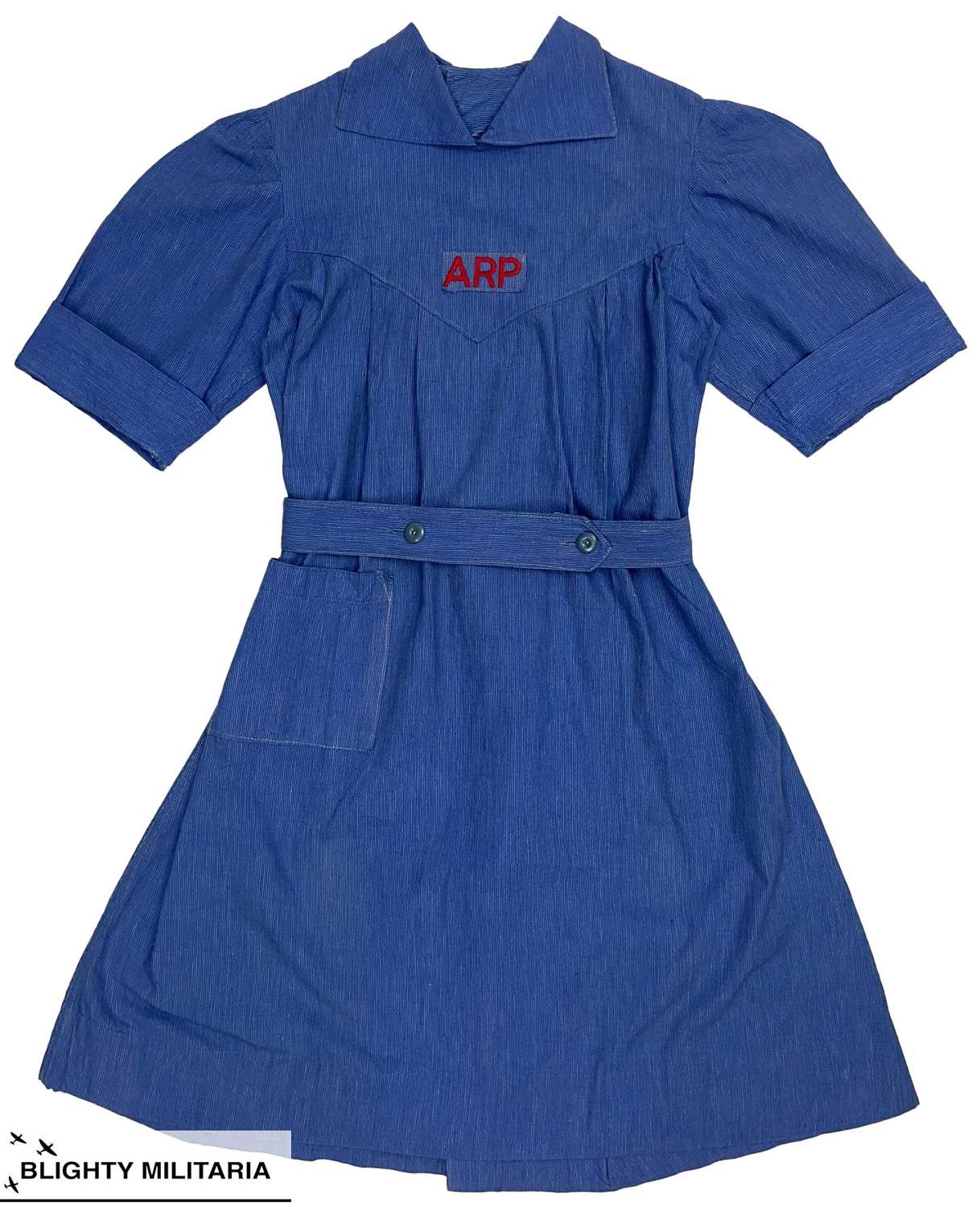 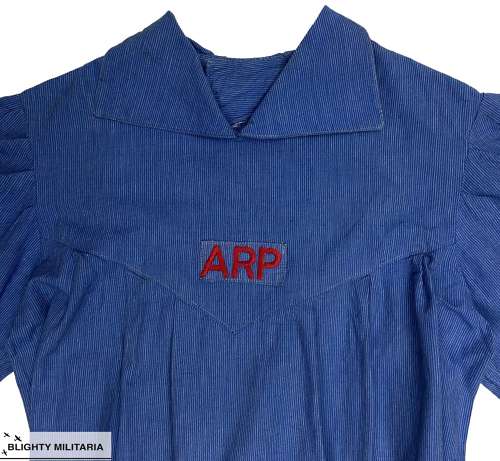 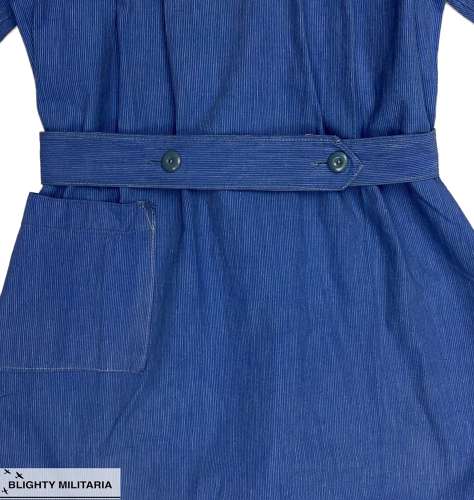 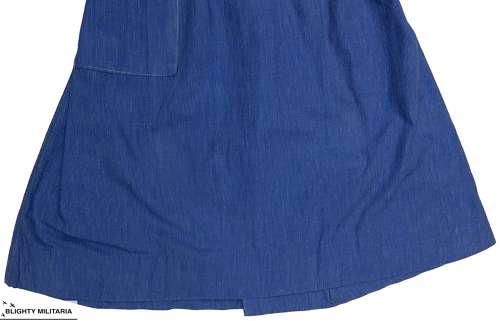 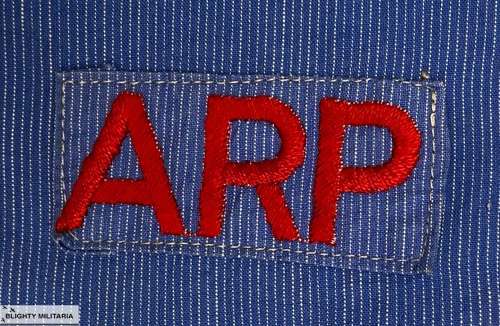 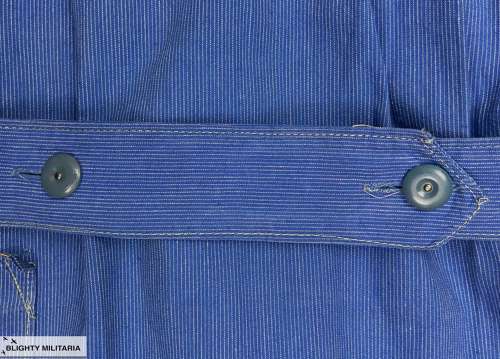 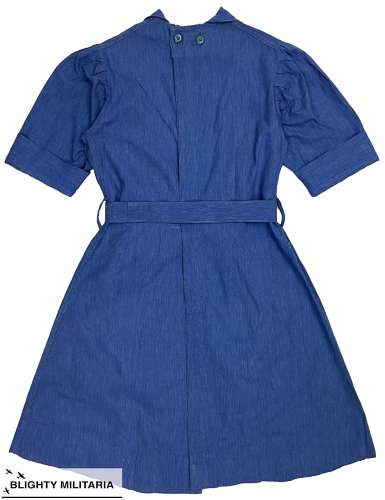 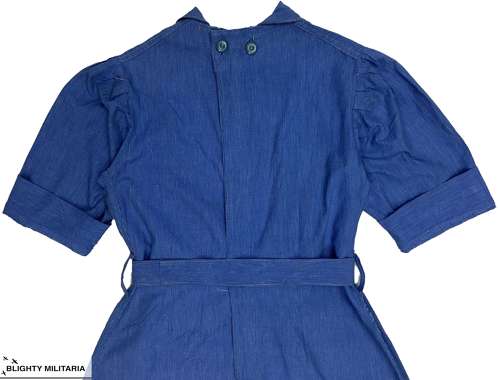 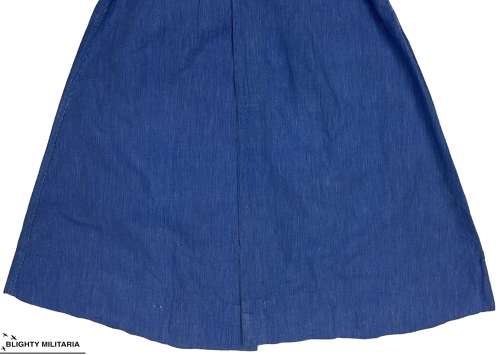 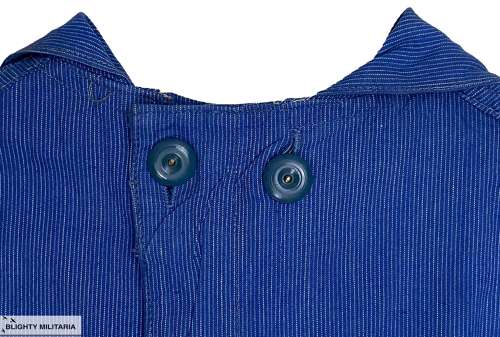 This pattern of dress was worn by nurses serving as part of the Civil Nursing Reserve which was formed in April 1938 within the Civil Defence. The same dress was worn by Nursing Auxiliaries with the only difference being the patch sewn onto the chest would read 'NA' rather than 'ARP'. These dresses were sometimes worn under a white apron, as depicted in various period images.

The dress is made from a blue and white striped ribbed cotton which is lightweight. It is cut in a typical 1940s fashion with A-Line skirt, puffed sleeves and a large cut-away collar.  A yoke is present to the chest and there is a waist belt which fastens with two blue coloured revolving shank buttons which can be removed for washing purposes. Two more of the same style buttons are located at the back of the collar to fasten the dress at the neck. There is a single patch pocket to the front and the sleeves feature a turn-back detail.

An original ARP badge is fitted to the chest. This is the correct pattern which is embroidered directly onto the same type of material which was used to make the dress.

The dress is in stunning condition and would be very hard to better. It does not appear to have seen any wear and shows no real signs of age or use. Overall it displays extremely well but is a vintage item so may have small flaws consummate with age.

A very rare piece of WW2 women's uniform which would make a fine addition to any Home Front collection.