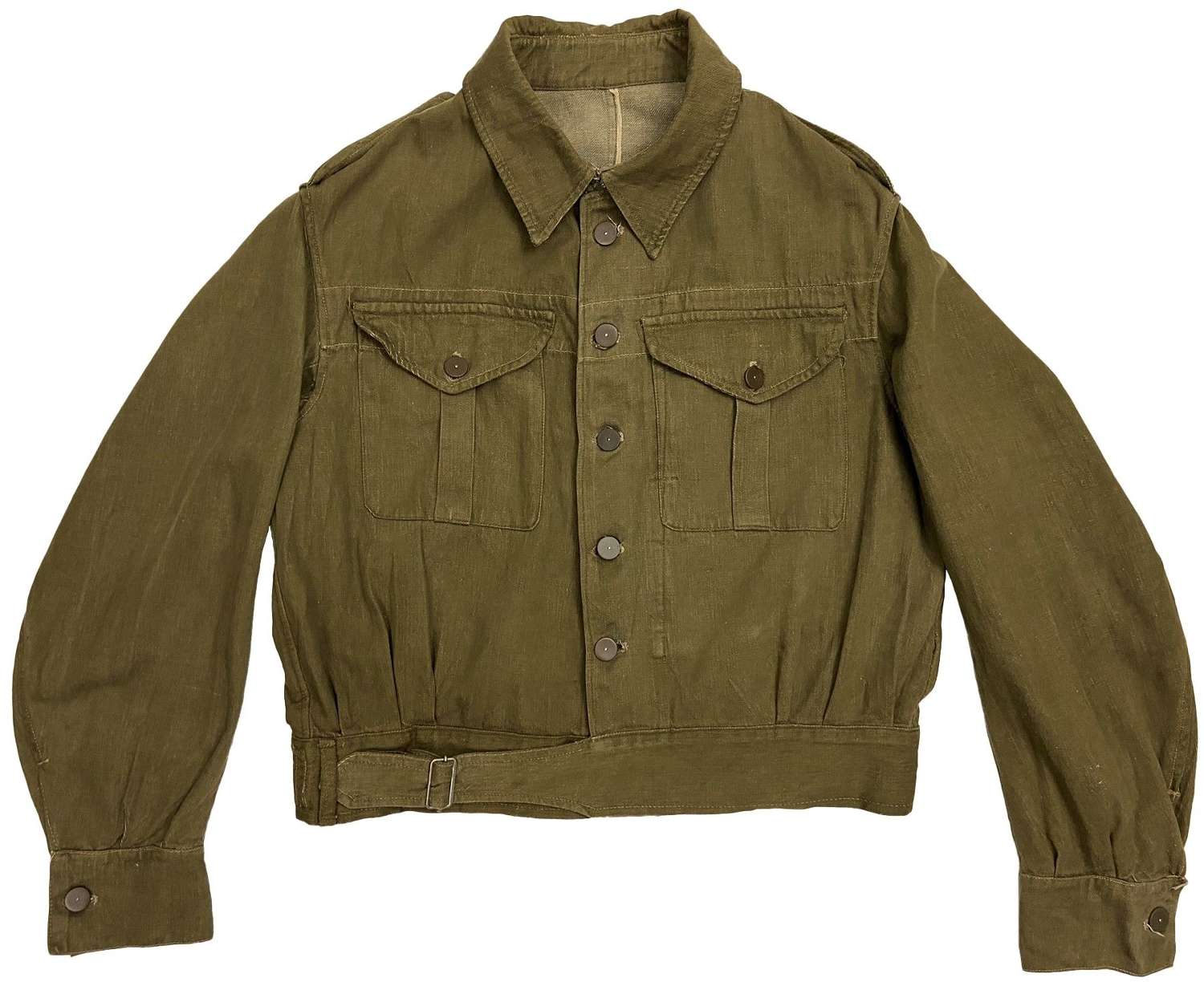 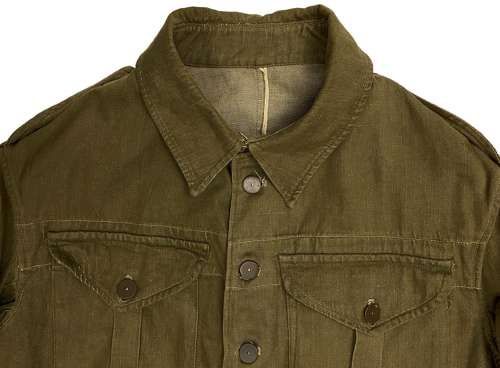 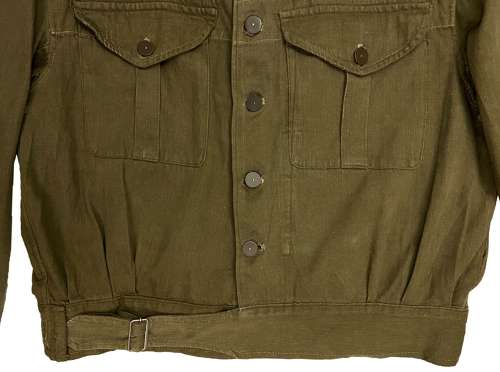 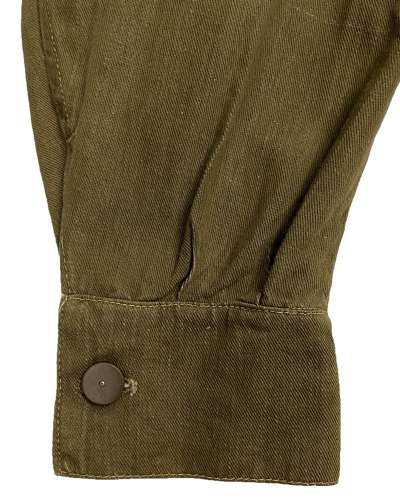 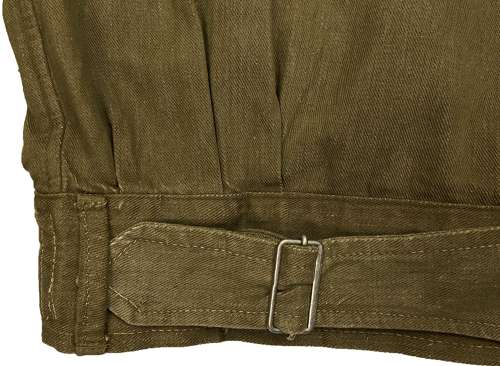 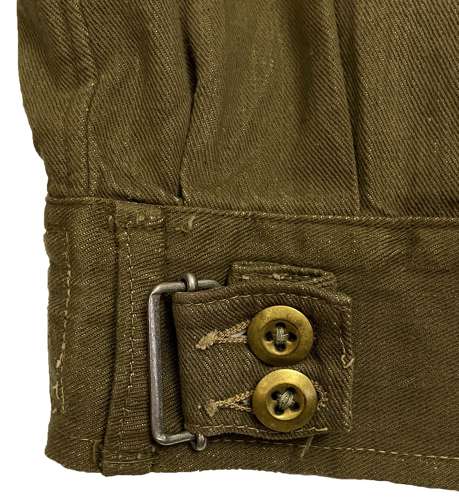 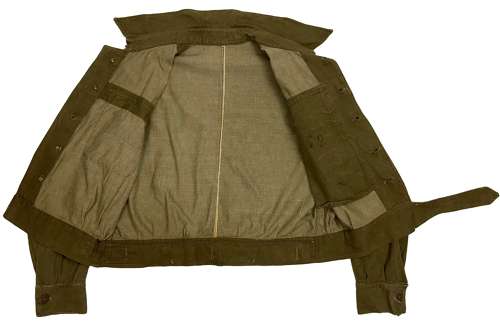 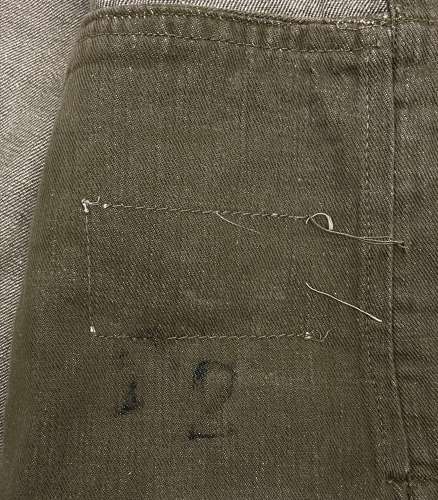 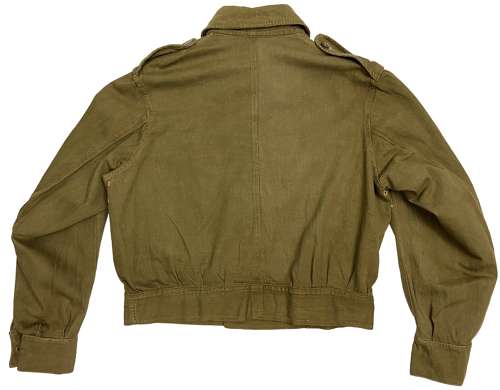 This jacket is an early issue example which was only made prior to 1942 when it was superseded by the austerity pattern. The most obvious feature of the first pattern jacket is the pleated chest pockets. The material is also a different hue to post-war manufactured items. This example is a fantastic brown-green which is not washed out or overly worn down. A huge stockpile of these jackets was left behind in France following the evacuation from Dunkrik. They fell into the hands of the Kriegsmarine who used them during the rest of the war.

Sadly the original label is no longer present although there is clear evidence of where it was originally attached. The jacket is certainly one of the largest sizes produced during the war and when laid flat measures -

The jacket is in excellent condition with no real signs of wear or use. It is still a deep colour as it would have been original and not a washed-out example. This is a vintage, pre-owned item so may have small issues commensurate with age but overall looks to be a very good example.

All in all a great example of this early war pattern of blouse with all the right features and fittings. Not only that but it is a good wearable size meaning it would suit both a re-enactor or collector!