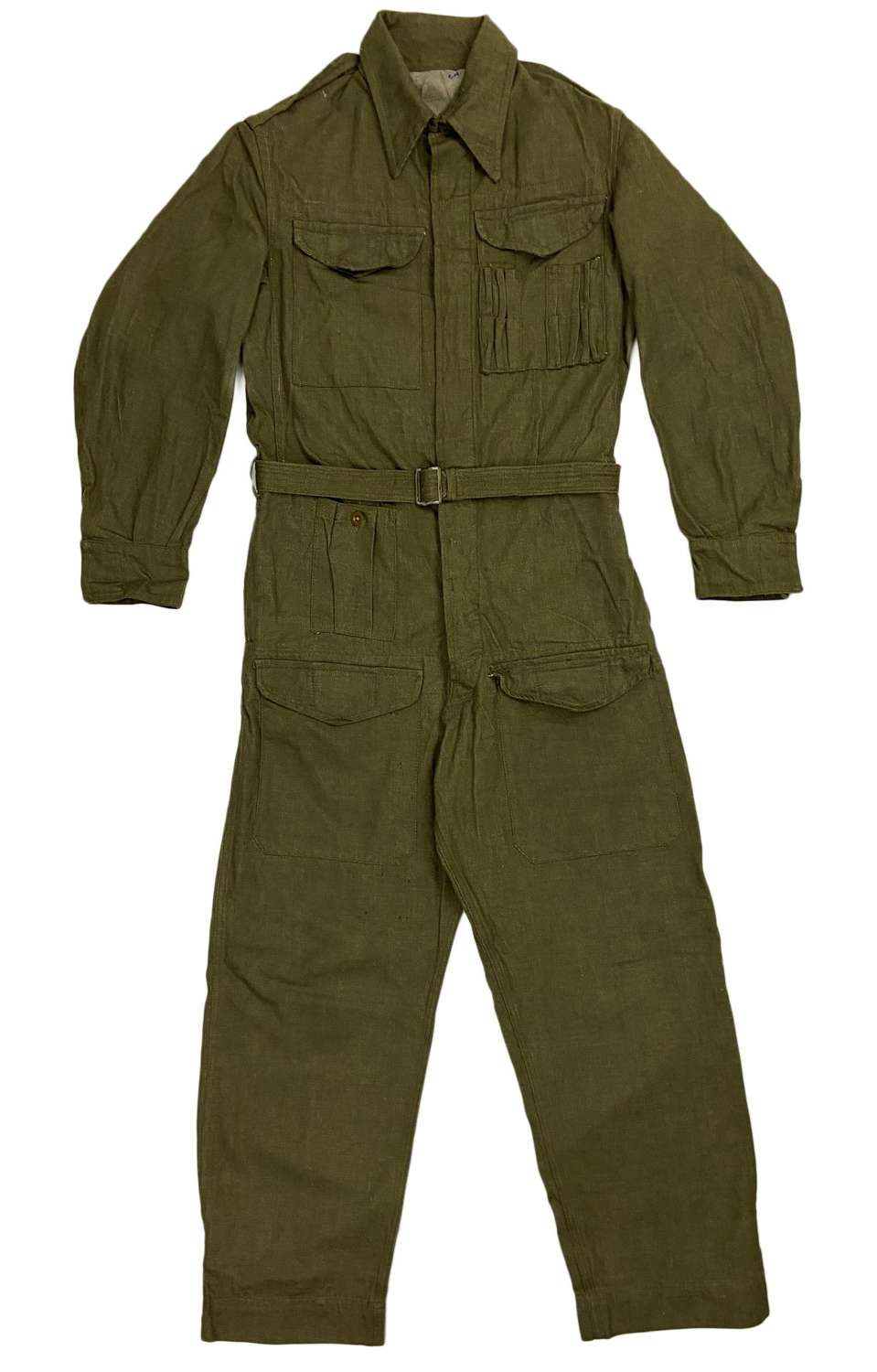 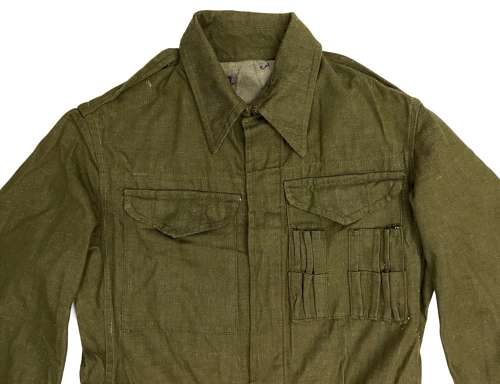 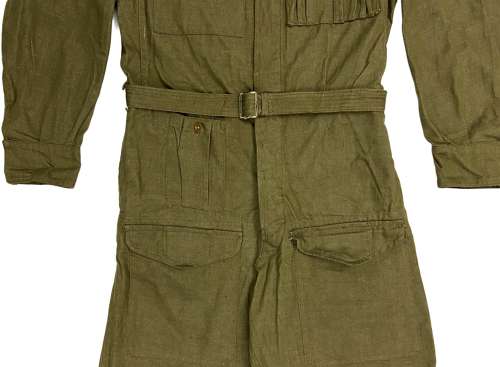 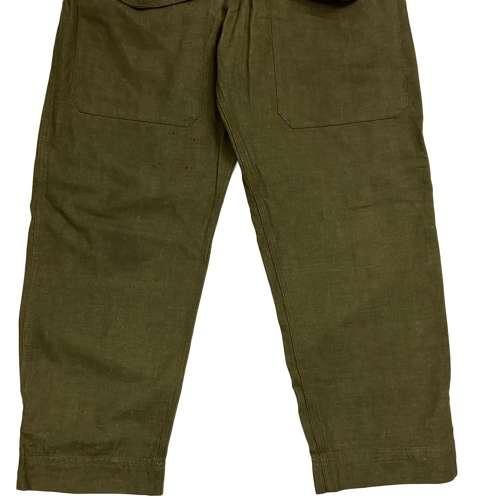 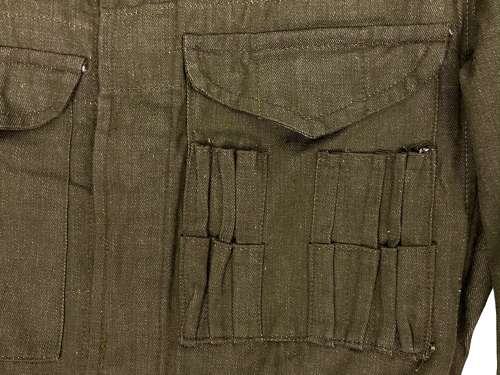 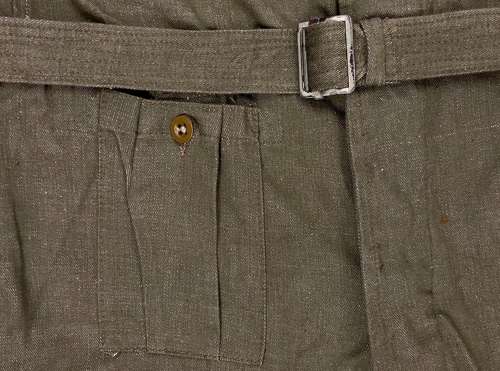 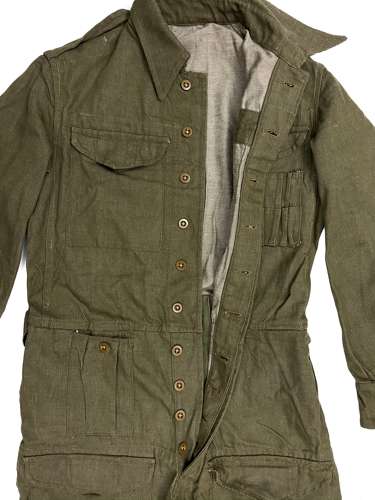 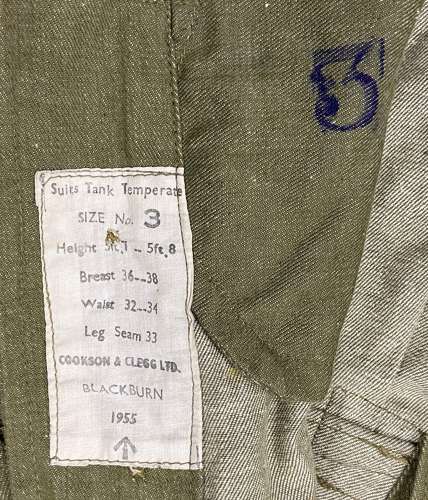 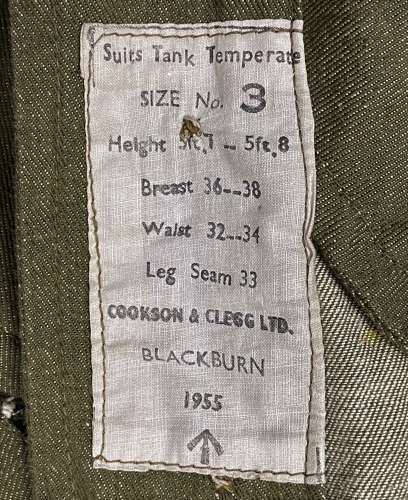 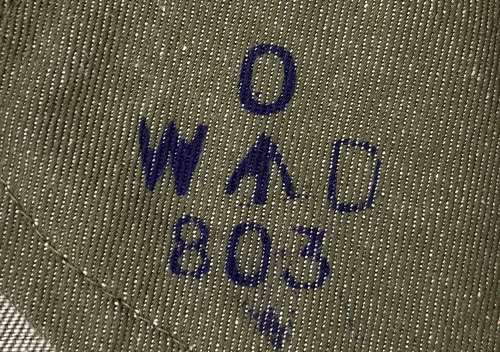 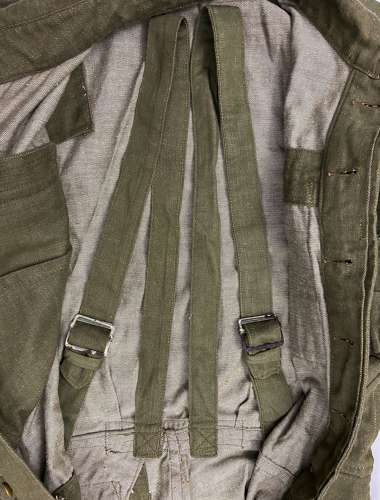 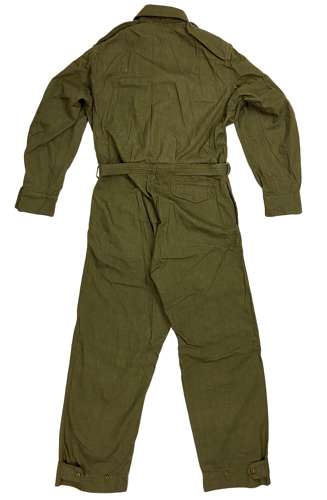 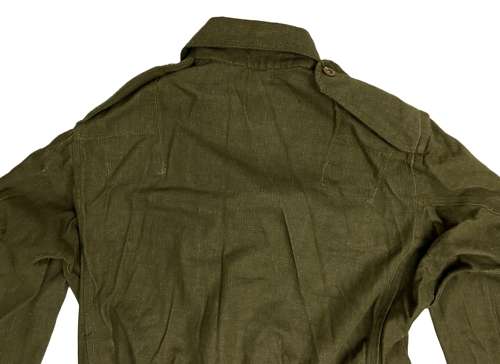 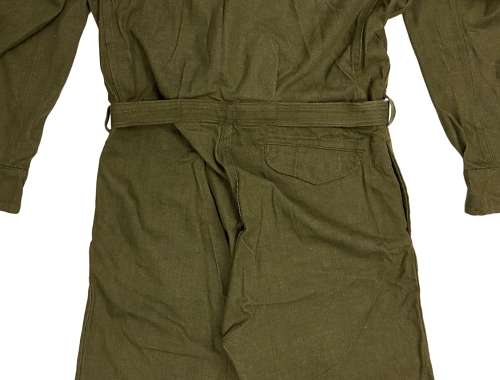 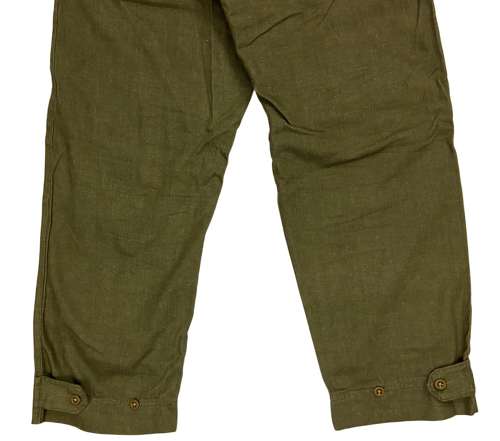 A scarce original British Denim Tank Suit as used during the Second World War and dated 1955.

The overalls are made from the same green sanforized cotton denim material as the two piece set and feature green horn buttons as were standard on British uniform from 1944 onwards. Unlike the two piece set, the overalls feature two map pockets, one to the front of each leg. Another feature specific to this model is the additional pen holding section on the front of the left breast pocket. The bottom of each leg features tabs like the early pattern denim trousers which is just another interesting feature of these rare overalls. The suit also features a waistbelt which fastens with the same type of buckle as was used for battledress during WW2. Inside the overalls the original braces are still present and again fasten with the same buckles as used for the waist. These straps were often cut out by the original wearers but have survived on this pair.

The original label is still present inside the overalls and is bright and legible. It states the size as No. 3 which is designed to fit a 36 - 38" chest and a 32 - 34" waist. The makers name of 'Cookson & Clegg Ltd' is present as is the 1955 date and the War Department broad arrow marking. The War Department acceptance stamp is also present and is surmounted by the letter 'O' which denotes 1955 as the year of issue.

The overalls are a good size but should be worn oversize for an authentic fit. The measurements below should take this into account, as well as the fact that they are cut very wide in the chest. When laid flat they measure -

The overalls are in fantastic condition with next to no signs of wear or use. They are still very fresh and crisp as they would have been when new. They have not been washed or faded out and there is no staining or damage. They are a vintage item however so please study the pictures before purchasing.

Whilst post-war dated, these rare overalls are in stunning, unworn condition and are identical to those issued during the Second World War. A must have for the serious British Army collector!