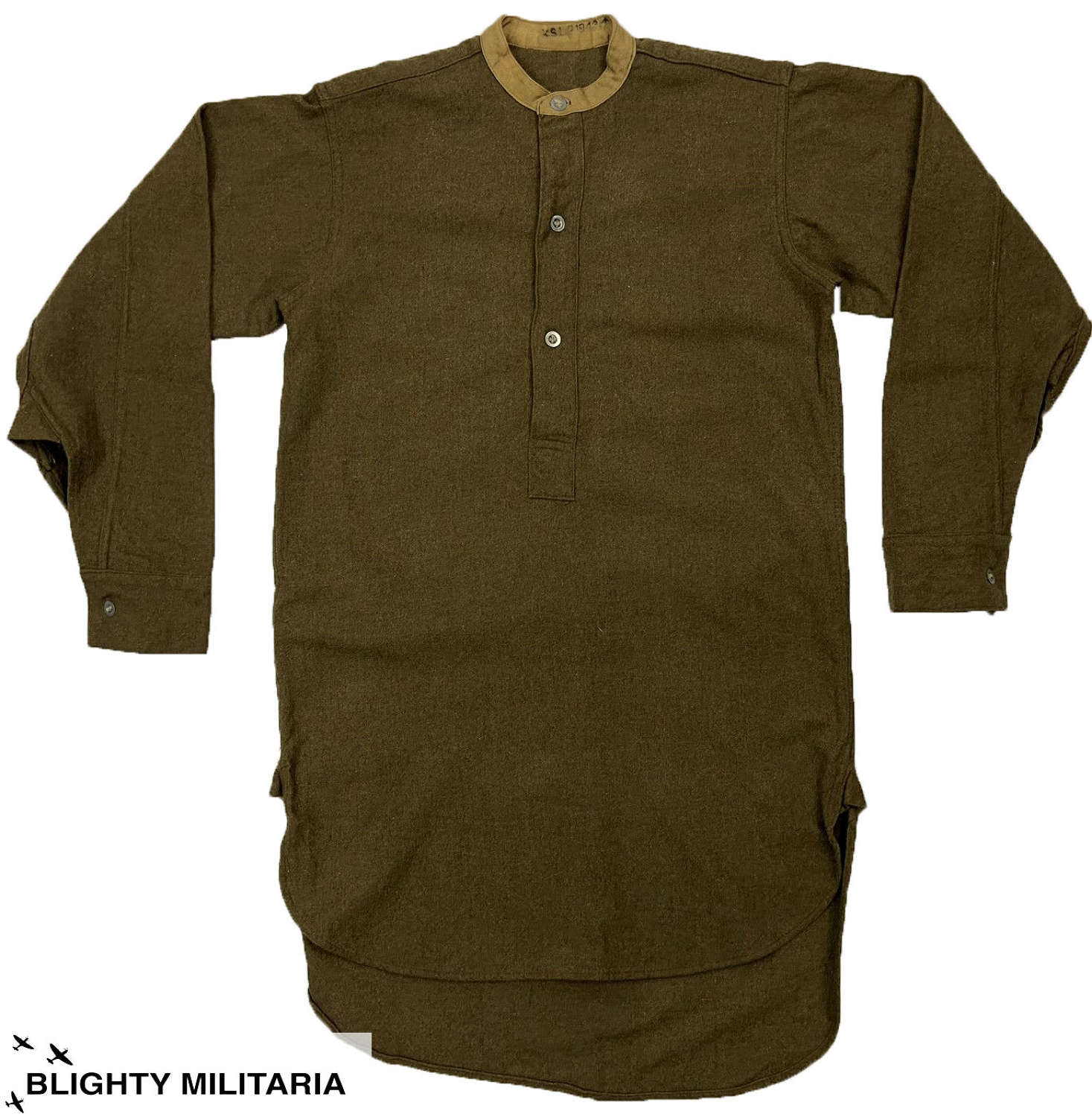 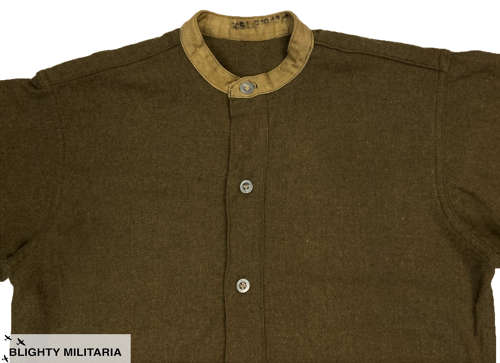 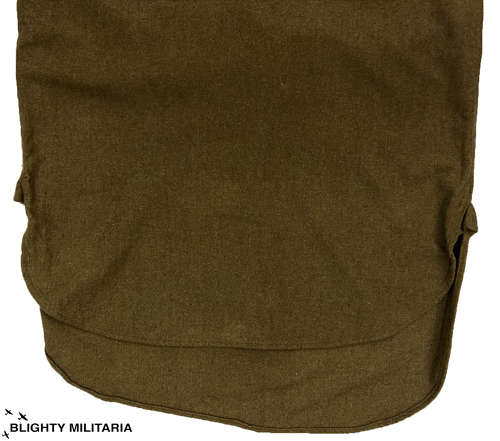 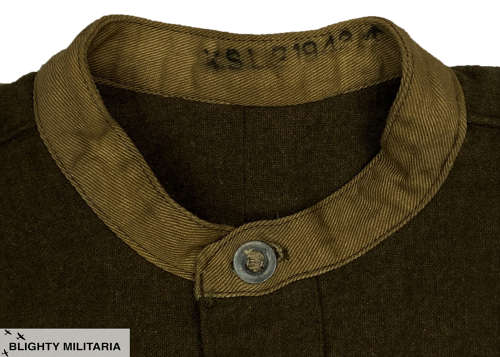 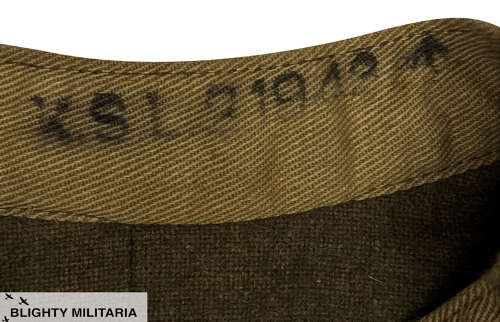 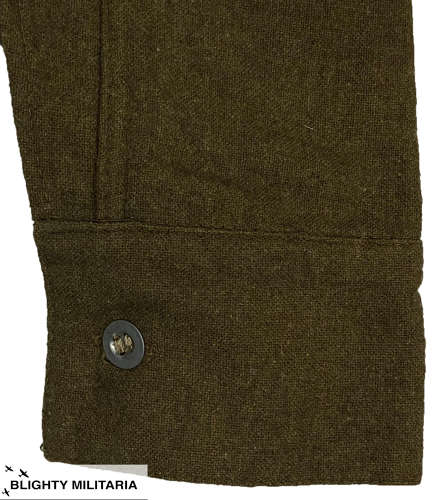 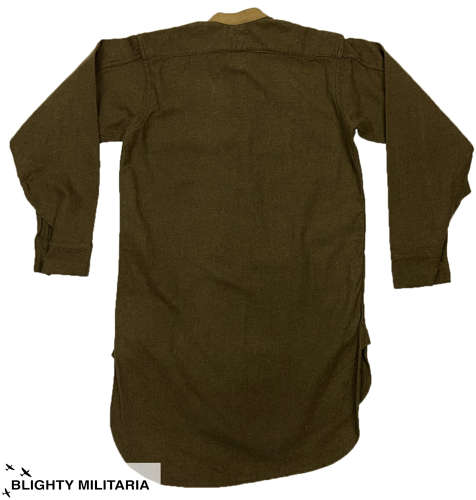 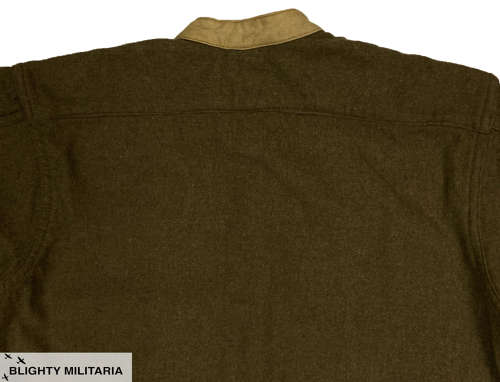 This pattern of shirt was introduced in the mid 1930s replacing the ‘grey back’ shirt issued during the Great War. The shirt is made from a khaki green wool flannel material and features a half placket, or 'tunic', front which fastens with three buttons. The collar is made of khaki coloured cotton drill whilst the buttons are stamped zinc examples as used during the early war period before they were phazed out in favour of plastic buttons. The barrel cuff also fastens with the same style of buttons.

Inside the neckband collar the original maker's stamp is still visible with the initials 'K. S. L' preceding the 1943 date. The War Department broad arrow marking is also present.

The shirt is in good condition with limited signs of wear and use. It displays well and is wearable but It is a vintage shirt which is over 80 years old so may have small flaws commensurate with age.

Original ordinary ranks shirts are hard to find with dates still inside the collar making this a fantastic collectors piece.