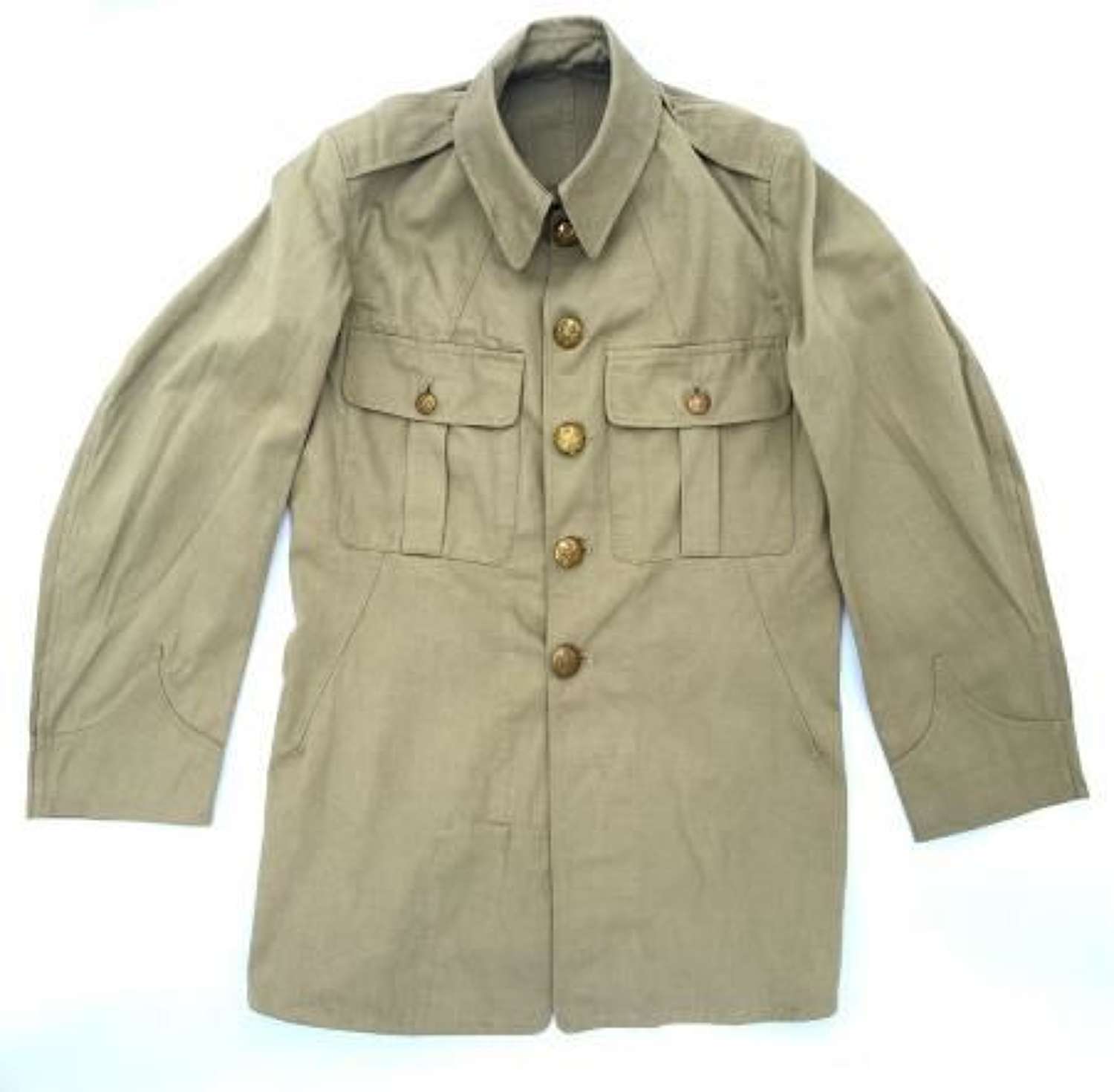 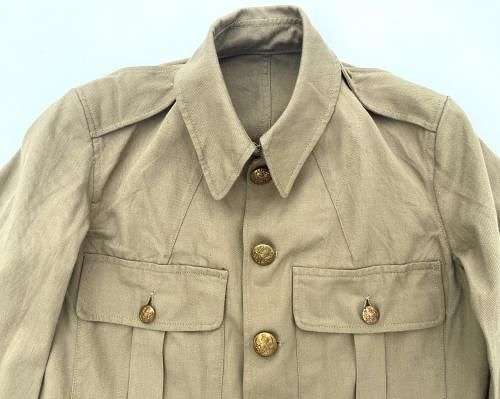 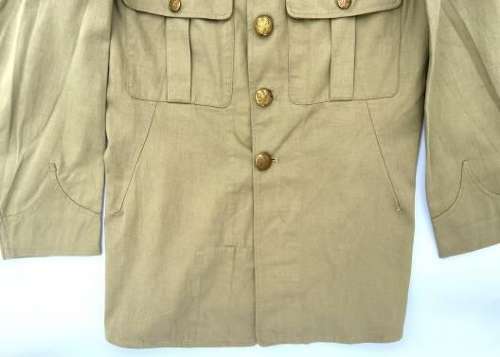 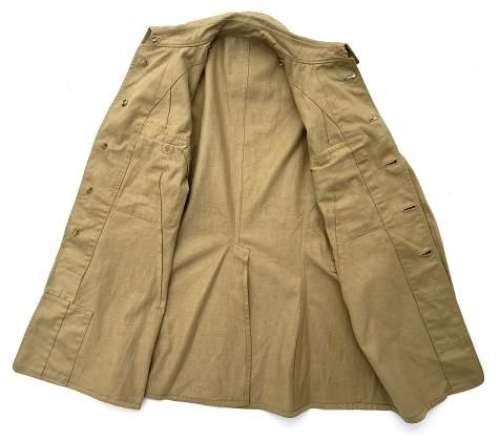 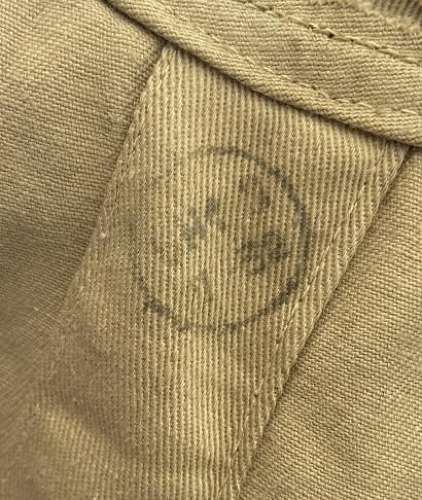 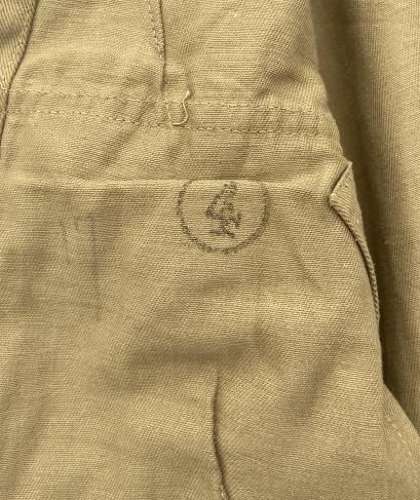 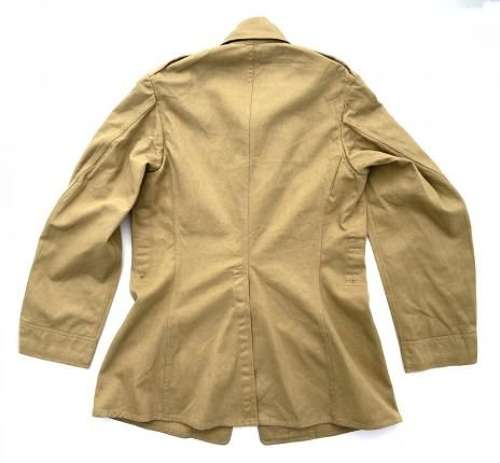 This pattern of tunic is very similar to those issued during the Great War. They saw widespread issue with units in the Middle East and Far East during the inter-war period being phased out in the early years of the Second World War.

The tunic is made from a khaki coloured cotton drill, the sort of which is usually found on tunics of this period. It features two chest pockets and no lower pockets, long sleeves and fastens with brass Kings crown general service buttons. Two more smaller examples are fitted to close the chest pockets. Epaulettes can be found at the shoulders which are fastened with the same size brass buttons as used for the pockets.

The interior bears two ink stamps, both of which are typical of those found on Indian made items. The first is a number 4 in a circle which denotes the size whilst the second is the circular date stamp which reads 7 32 denoting July 1932 as the manufacture date.

The tunic is in un-issued condition and does not appear to have ever been worn. It displays extremely well and would certainly be very hard to better. It is a vintage item of over 80 years old however so may have small issues commensurate with this.

All in all a rare early tunic in fantastic condition and with a clear date. This would make an excellent addition to any British Army collection!