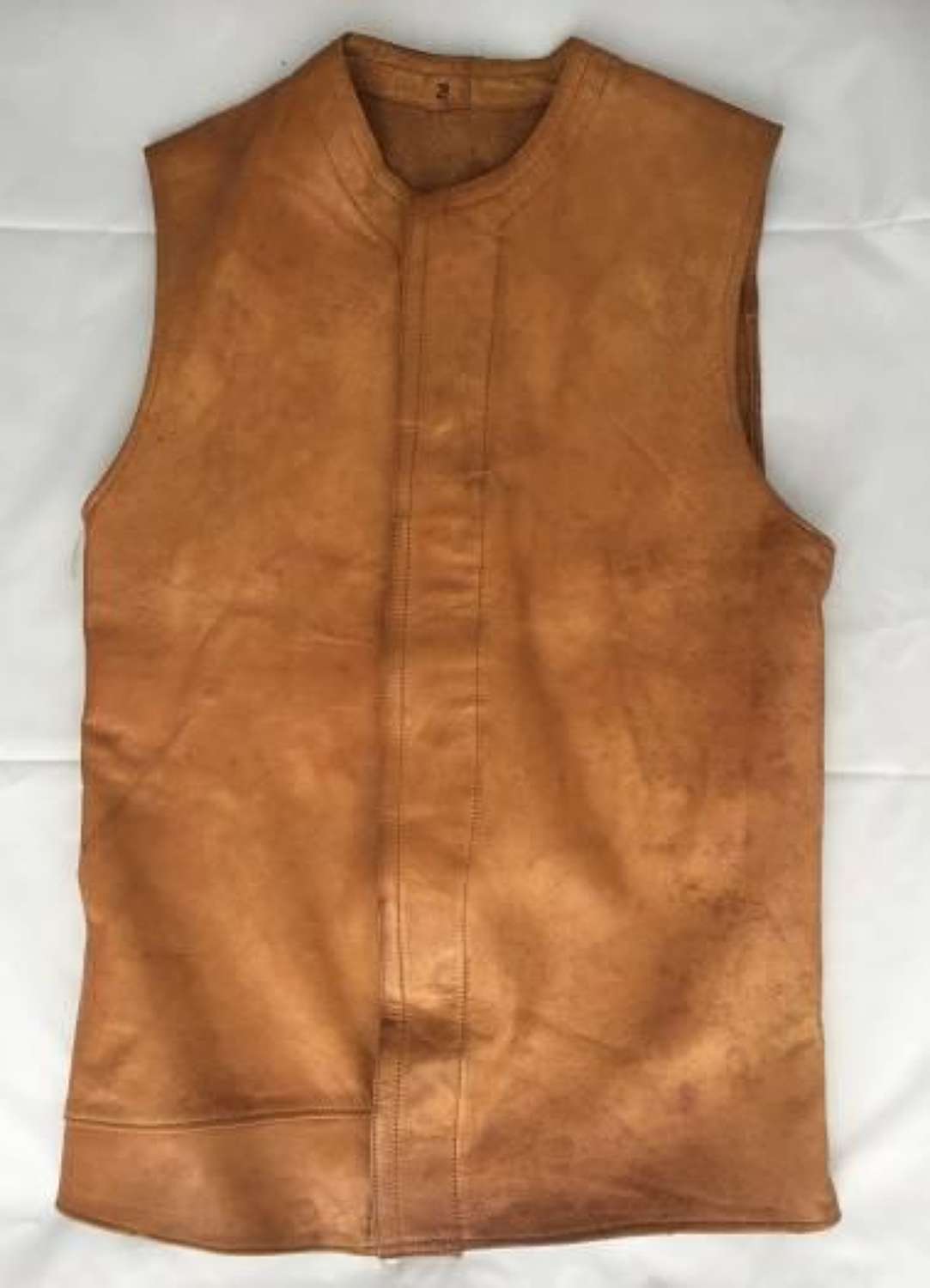 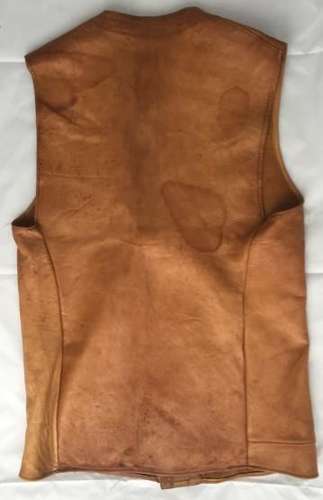 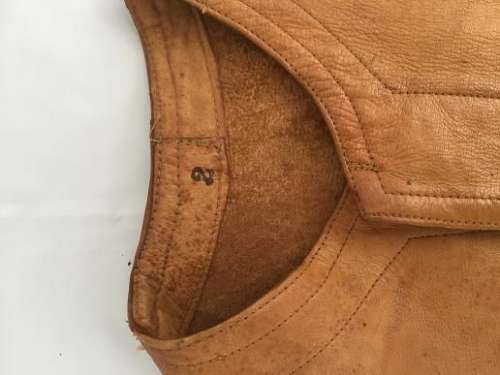 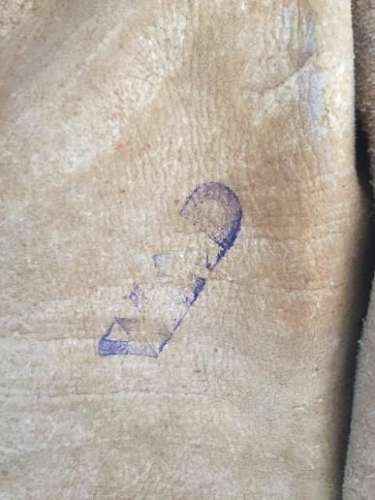 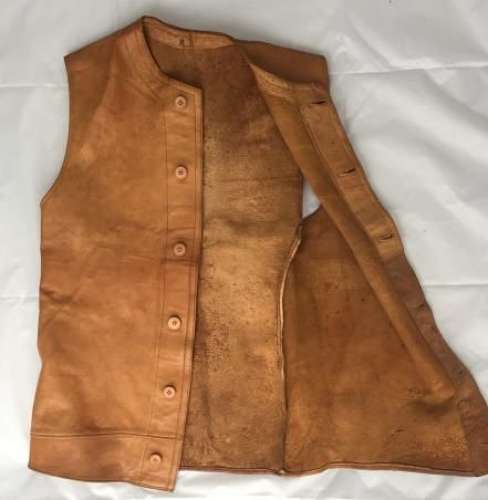 SOLD
A rare example of an Indian manufactured British Army leather jerkin dating from the Second World War, if not earlier.

Unlike British and Canadian made jerkins, this example has a fly front, meaning that the buttons aren't exposed.

Inside the jacket is a large War Department WD stamp and broad arrow in ink as well as a small number 2 inside the neck of the jerkin. These stamps are again typical of Indian made pieces.

All in all, a rare pattern of jerkin which would compliment and British Army collection.