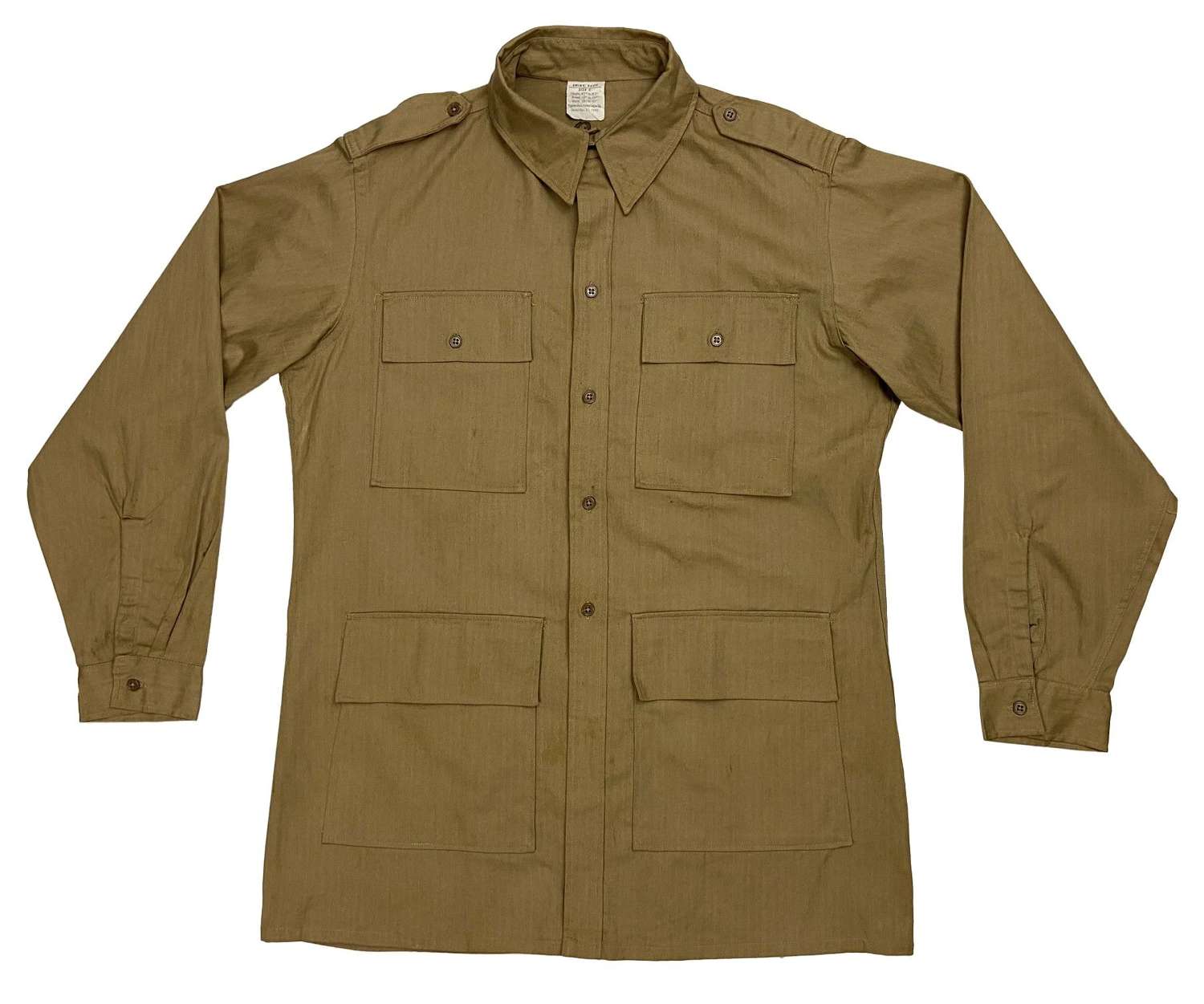 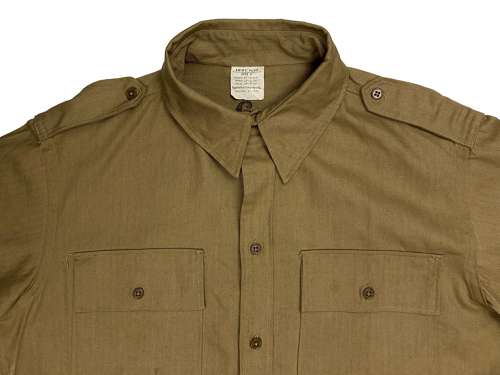 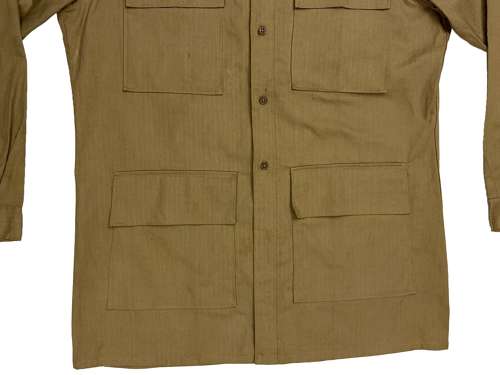 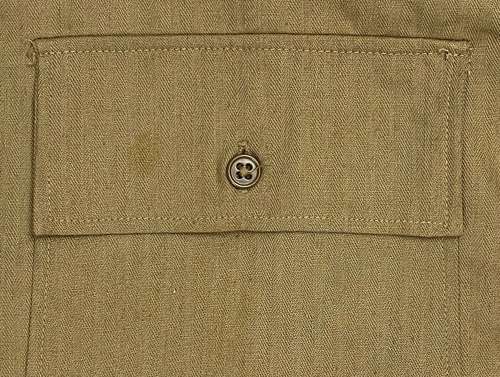 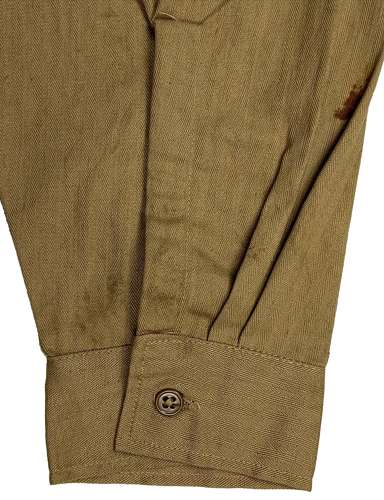 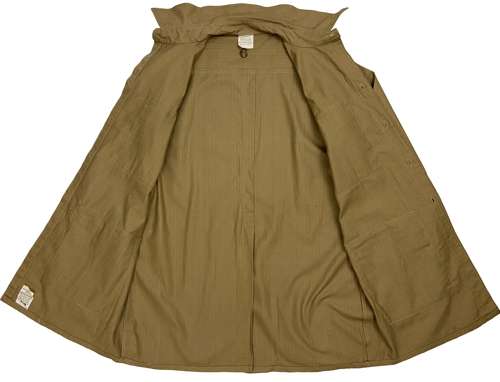 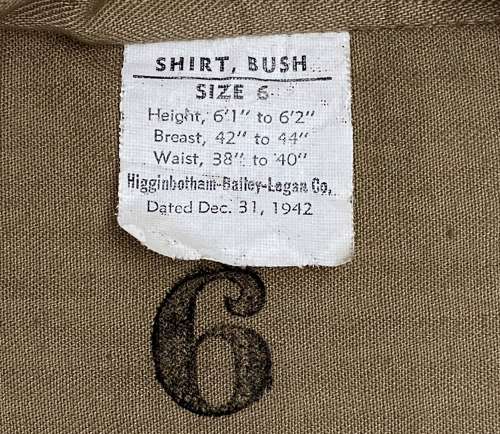 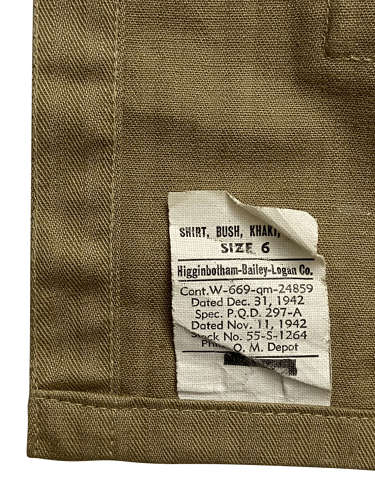 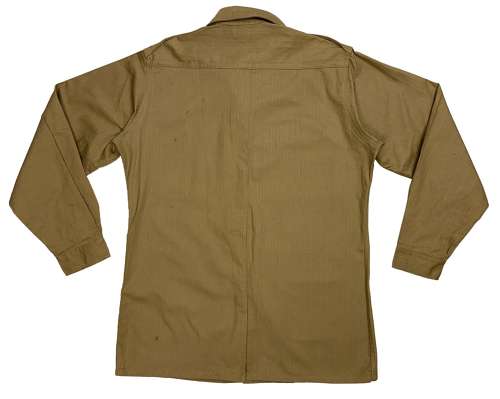 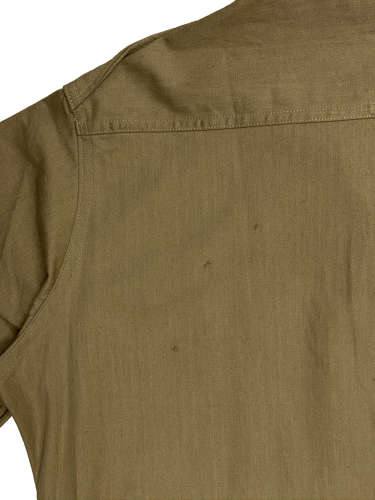 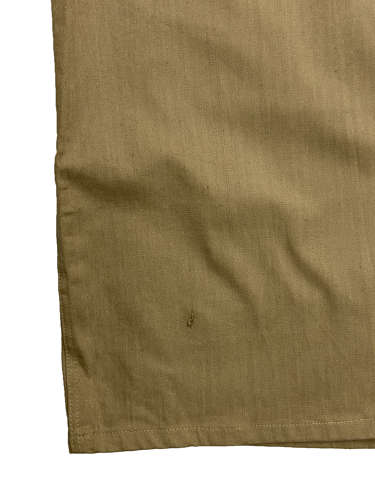 A scarce early example of an American Made British Army 'War Aid' Bush jacket dated 1942 and in a large size 6.

This jacket was made in the United States of America as part of the lend-lease scheme and is often referred to as 'War Aid'. It is made from a tan khaki coloured herringbone twill material as was popular in America for military and workwear items during this period.

The cut of the jacket closely resembles British and Indian made examples more commonly seen on the market. It features two breast pockets and two flapped hip pockets, a stand and fall collar and long sleeves. The rear features a vent and epaulettes are situated at the shoulders.

This example appears to have never been issued and retains both of its original issue labels. The first, situated at the neck bears the title 'Shirts, Bush' and the size of 6 which will fit someone of 6'1" to 6'2" with a 42-44" chest. The makers name of HigginBotham-Bailey-Logan Co is present, as is the date of December 31 1942, making this a very early piece of War Aid clothing. Below the label the number 6 is stamped in ink which pertains to size.

A second label is present to the bottom corner of the jacket which carries many of the same details as the label in the neck. The pattern date of November 11 1942 is present along with various contract and specification numbers.

The jacket is in excellent condition and appears to be unissued. Overall it has a very fresh appearance but does have a minor mark to the left breast pocket, some minor staining to the right cuff and a couple of small pulls to the rear. All of these are detailed in the pictures but don't really detract from what is truly a stunning example.

Not only does this jacket retain both of its original labels it is also a hard to find large size and has a very early date. Aside from a couple of small flaws the jacket is in fantastic condition and would be very hard to better. A must have for the serious collector!