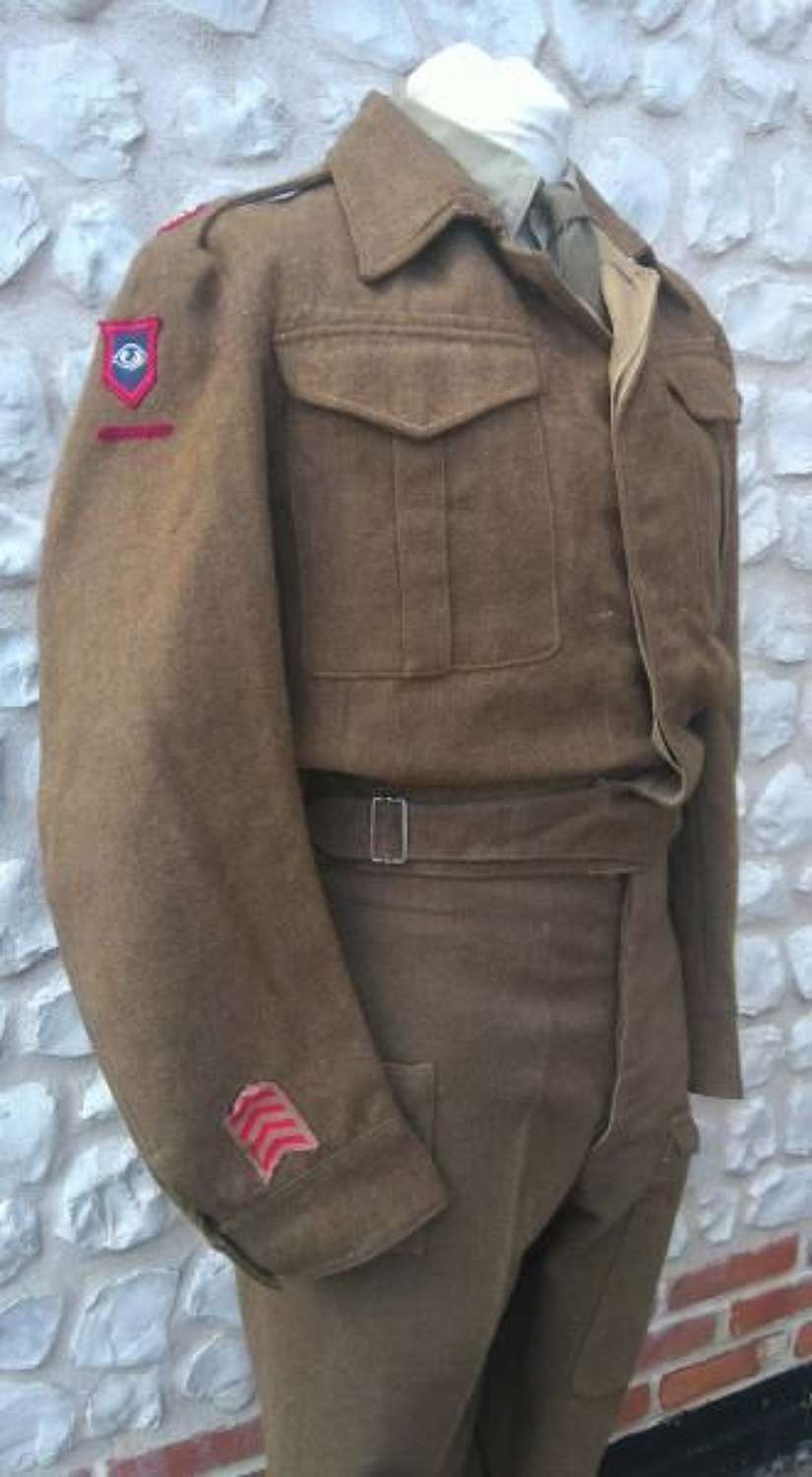 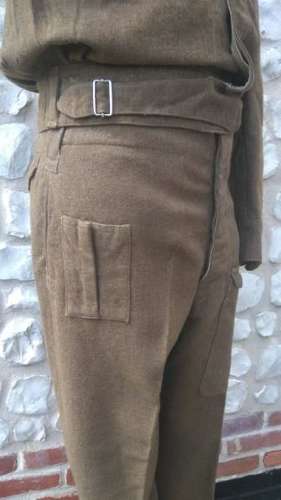 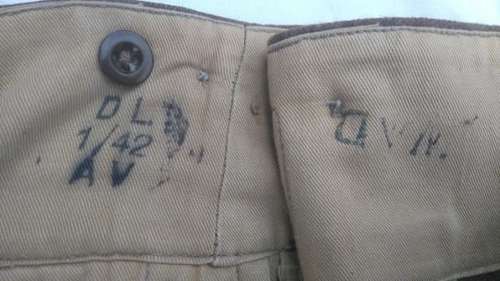 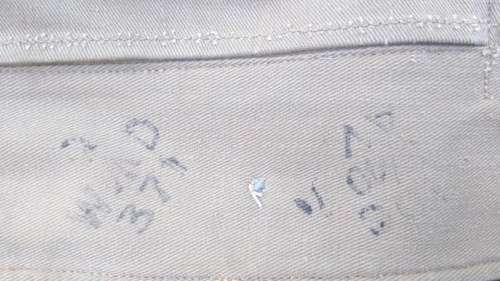 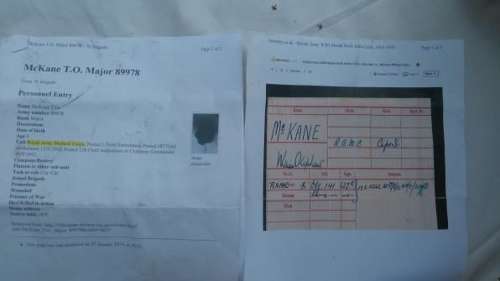 The First mention of T.O McKane. who this set of Battledress originally belonged to. is in the London Gazette dated 11 June 1940. The second mention I have found is from 1942 a reads -

There is also another mention of him on the 9th of April 1946 saying that he is retiring, and another dated 28th October 1958 detailing that he has been removed from the Officer Reserves list.

The Battledress itself is first pattern of British Army Battledress. often referred to as 1937 pattern, but correctly called 'Battledress, Serge'. This pattern came into use in 1938 and was superseded by the second pattern shortly after the evacuation from Dunkirk in 1940. Due to the earliness of the manufacture, these first pattern sets are now extremely rare.

The jacket features the unlined collar which is specific to the early 'Battledress, Serge' as well as a wire waist buckle - another early feature. The jacket is nicely marked Q above the WD stamped which denotes 1940 as the year of manufacture. There is also the remnants of the AV or Anti Vesicant stamp next to this which also appears to be dated 1940.

The jacket is retains its original insgnia which includes RAMC Major crowns to both epaulets, Guards Armoured Divisional flashes, RAMC Arm Of Service stripes and printed long service chevrons to one of the sleeves.

The trousers are again early 'Battledress, Serge' and feature the single pleat First Field Dressing pocket found on all early manufactured trousers such as these.

Inside the trousers is a WD stamp with no letter code visible. This is quite common with early manufactured BD, but because they are clearly first pattern we know they cannot have been made any latter than July 1940. There is also an AV stamp in the trousers which reads 1/42 which ties in nicely with the dates previously mentioned.

Overall, this Battledress set is in extremely good condition as can be seen in the photographs. The nap of the wool is very good and very consistent over both the jacket and the trousers, all the buttons are present (a few on the trousers have been changed for horn buttons as was common practice).

This set is also a very generous large size. Please see the measurements below -

This set really would be hard to better! The condition is fantastic, its the early pattern 'Battledress, Serge', it has lovely original insignia, is a good size and has history of the original owner too!