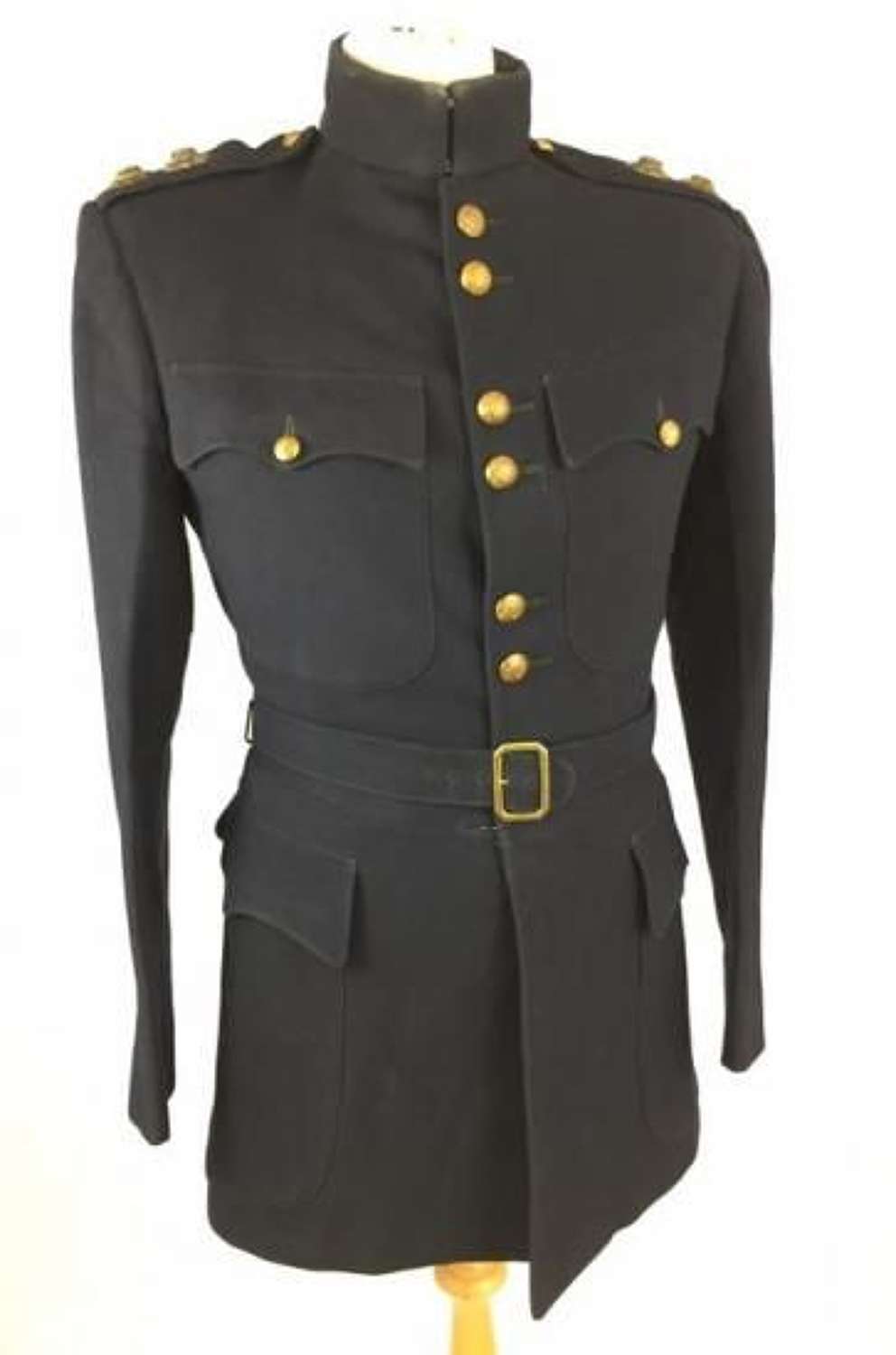 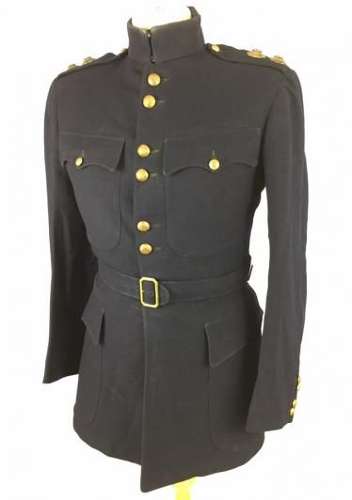 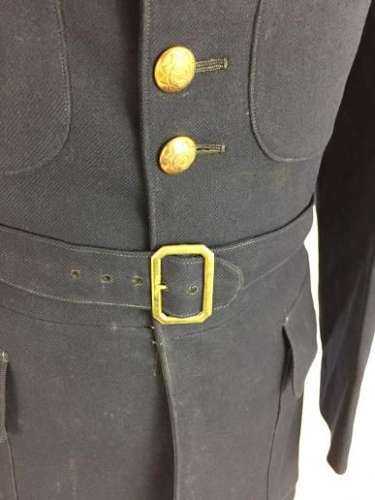 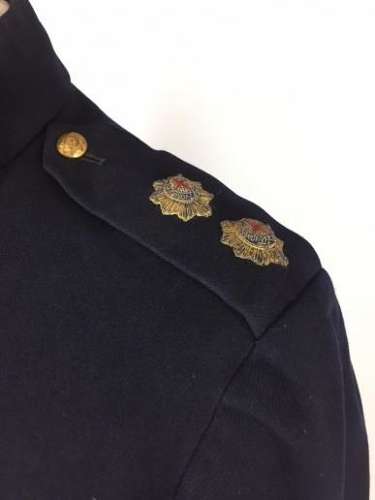 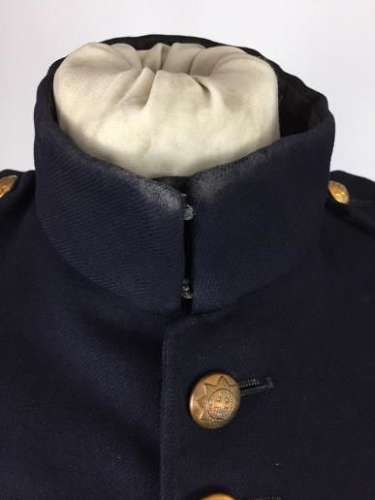 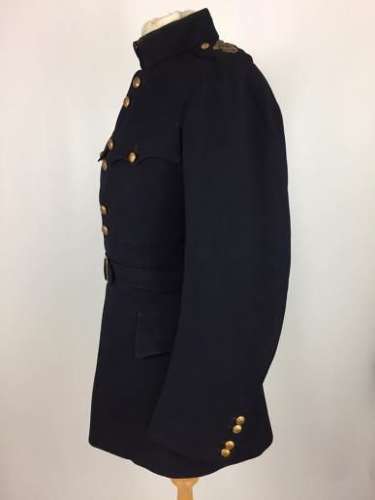 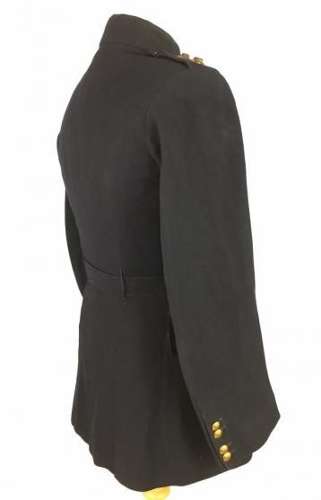 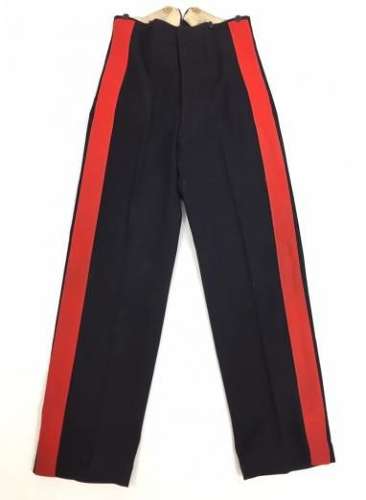 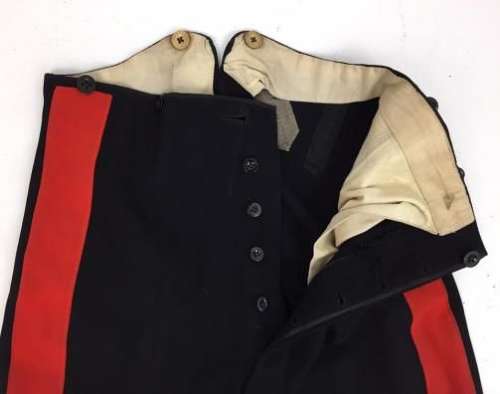 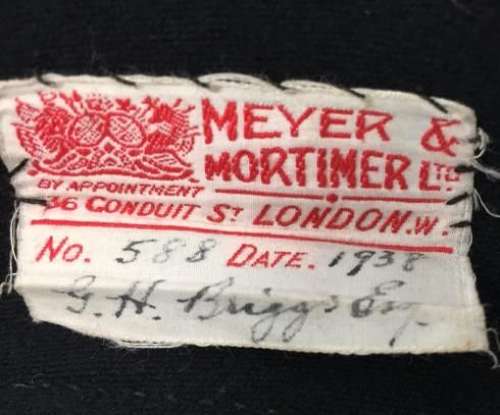 G H Briggs served with the 1st Battalion of the Coldstream guards and is recorded in their war diary as being a 2nd Lieutenant of No.2 Company when they embarked for France in September 1939. He is mentioned as billeting officer a few days later and again when his platoon took over outpost duties in Toufflers. I haven't researched his career any further than this but based on the fact he has added another pip to his tunic he must have come back from Dunkirk and carried on fighting with the 1st Battalion for some time.

This set was made by 'Meyer & Mortimer Ltd' of Conduit street London and is made up of a Guards pattern tunic and matching trousers. The button spacing on this tunic is specific to the guards as are the bullion embroidered rank stars on the shoulders. The tunic also features a cloth belt with a brass single pronged buckle and four buttons to each cuff.

The trousers are a typical cut for the period featuring a fishtail back, slash pockets to each hip and a button fly. Buttons for braces can also be found around the top of the lining and the makers label is present to the rear seam inside the trousers.

The overall condition of the set is good and it displays nicely as can be seen in the photographs. It does have some signs of wear and age which are evident in the picture but don't detract from the overall look.

A very nice pre-war set with some excellent history behind it. A must have for the pre-war or BEF British Army collector!