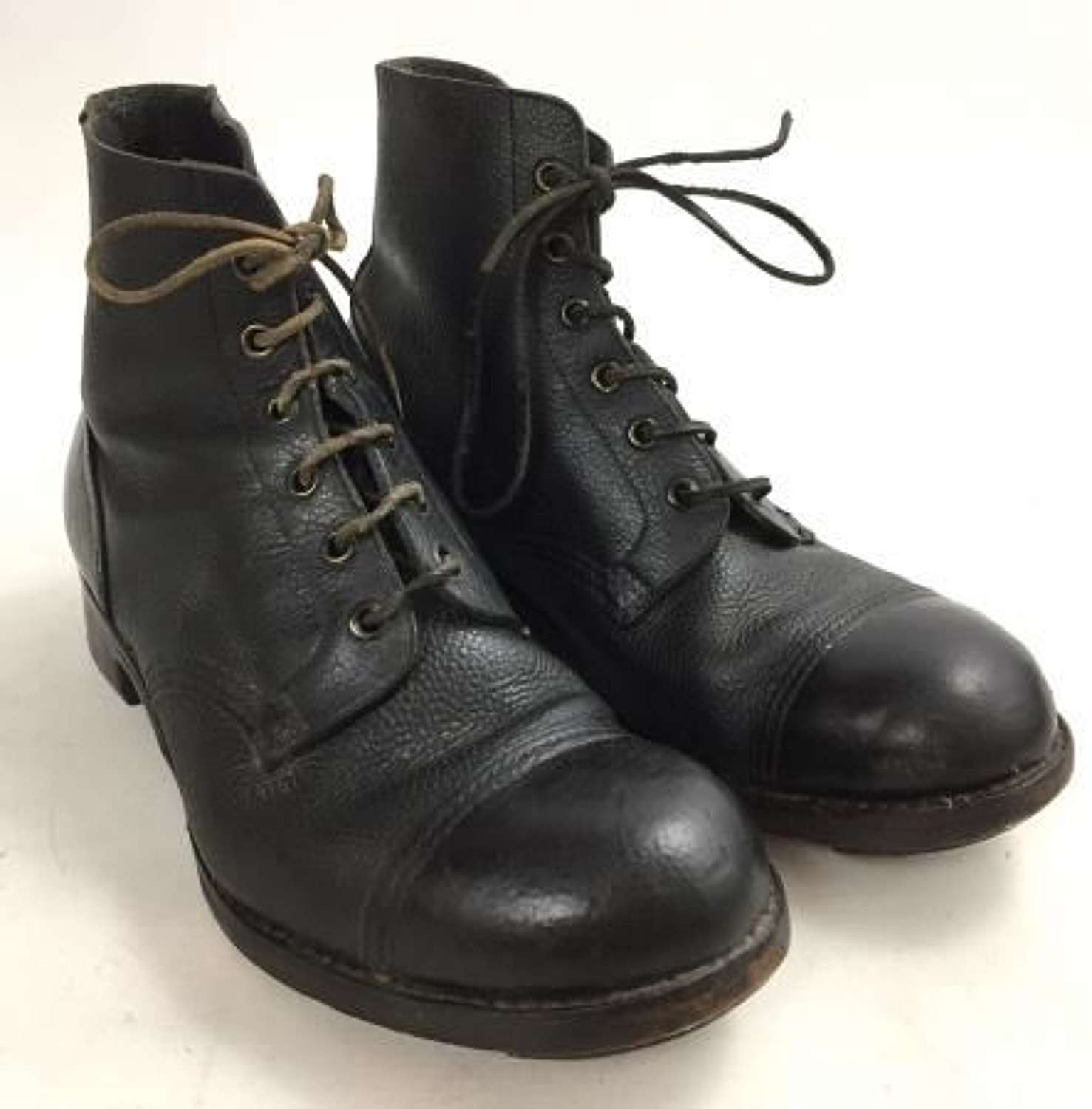 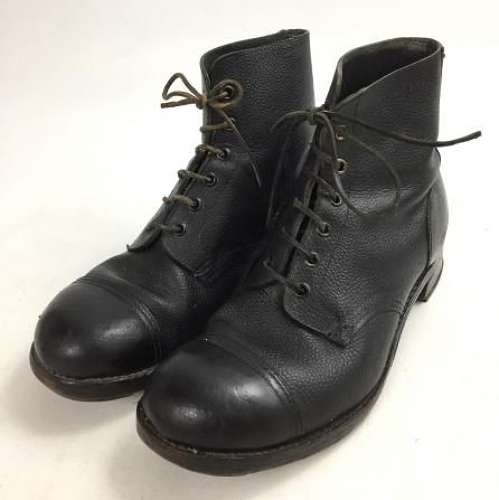 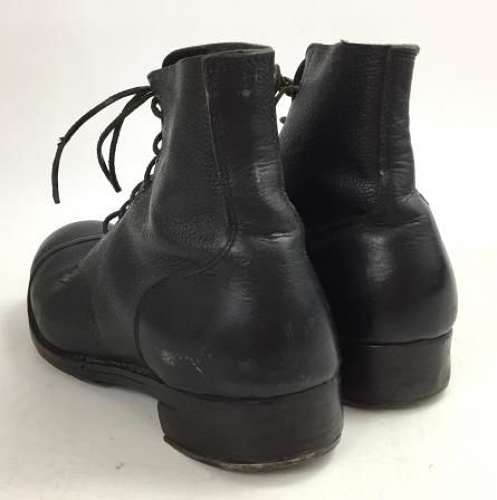 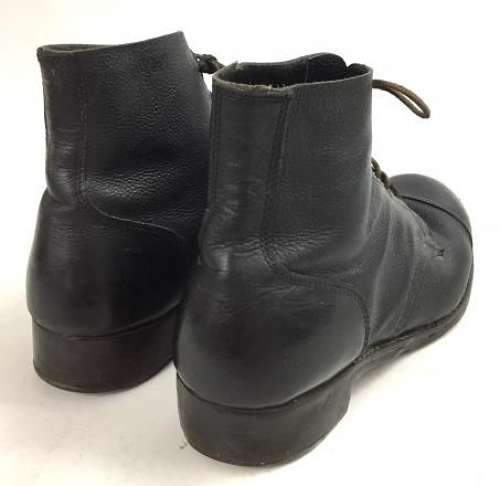 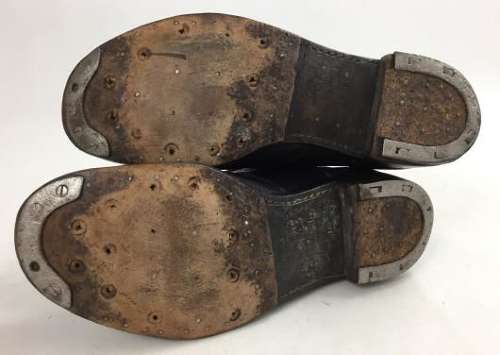 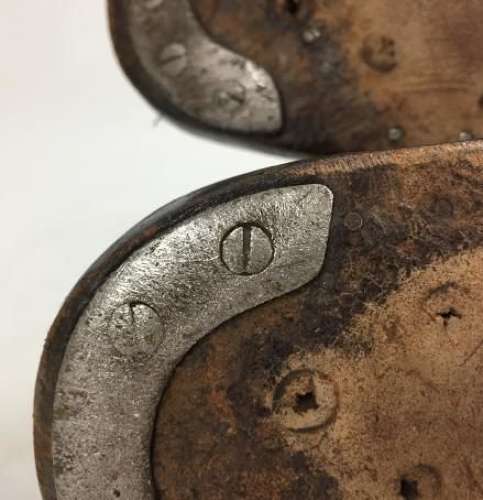 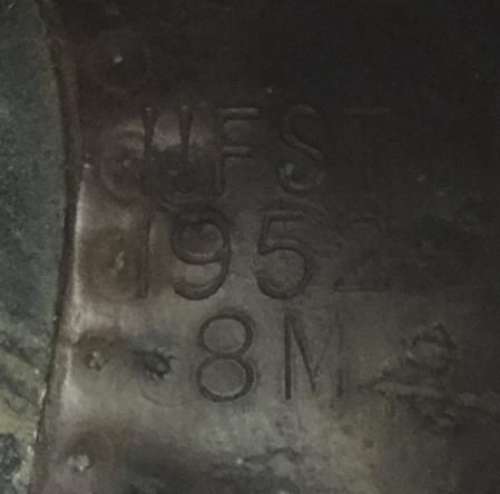 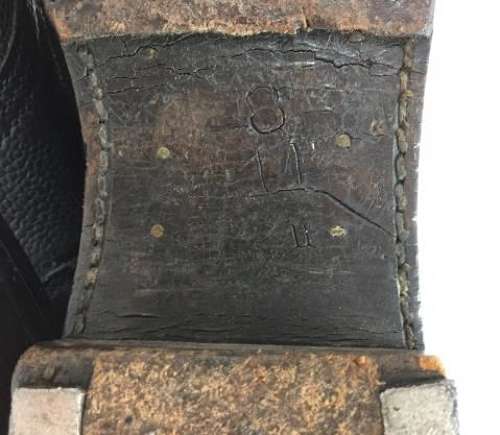 This particular pair of boots are marked up as a size 8M and dated 1952 inside. The boots are made from the correct pebble finish leather and have had the toe caps bulled up as was common practice in the British Army for many years.

The soles of the boots feature the correct metal horseshoe heals and metal toe plates. The toe plates are secured with the correct lat head screws used during the Second World War and have one missing to each boot, as was the practice during the conflict. There is evidence of where studs have been previously but they have been removed.

All in all a nice original pair of boots which are identical to WW2 issue. These would be ideal for a re-enactor or mannequin.