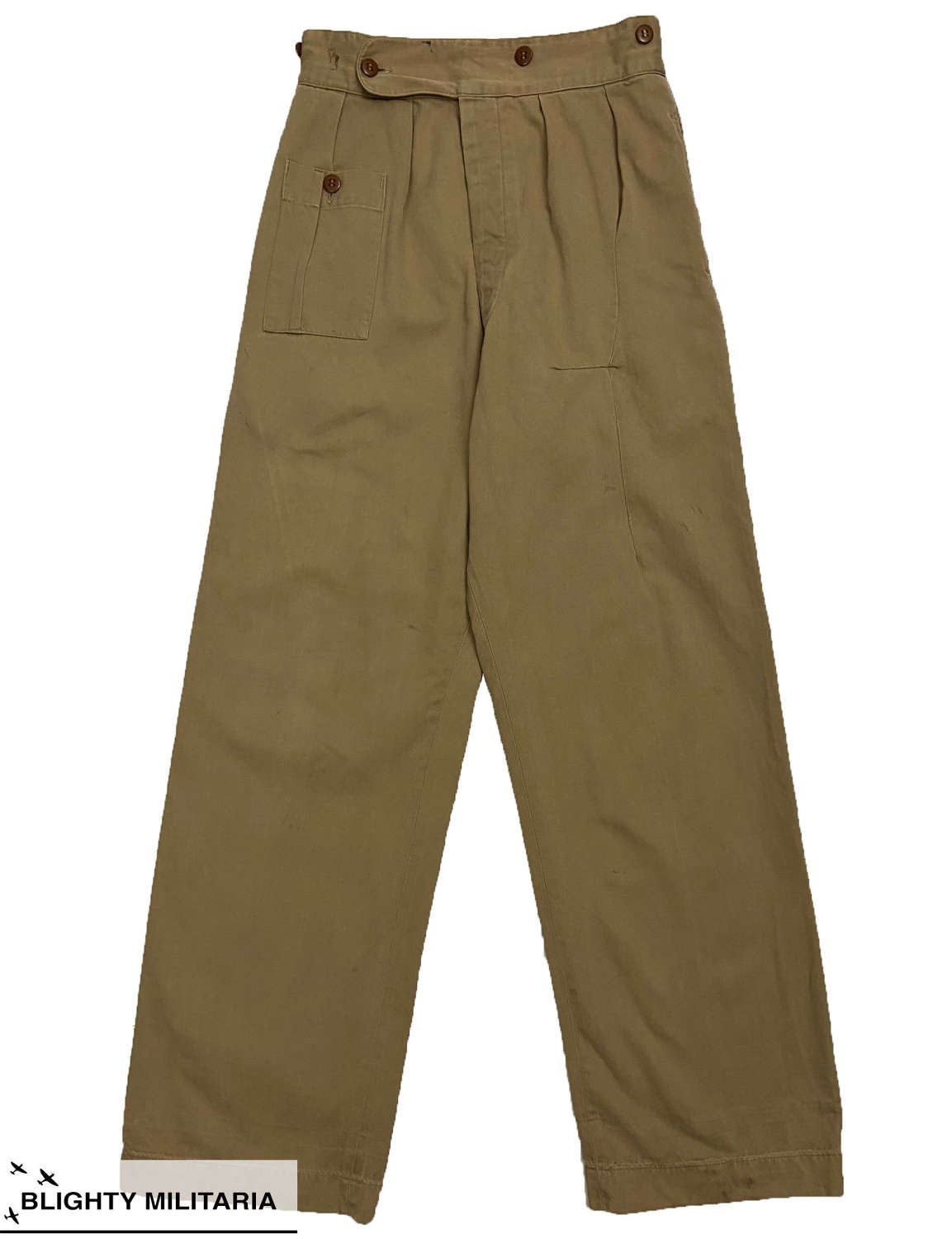 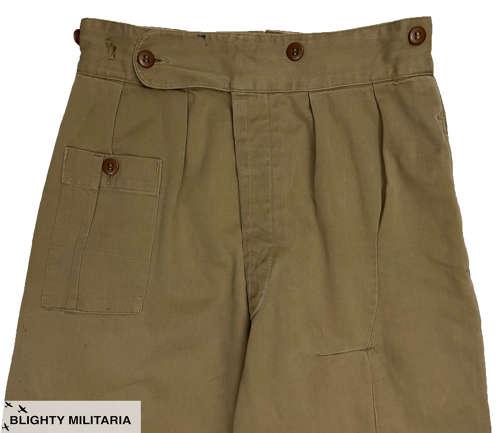 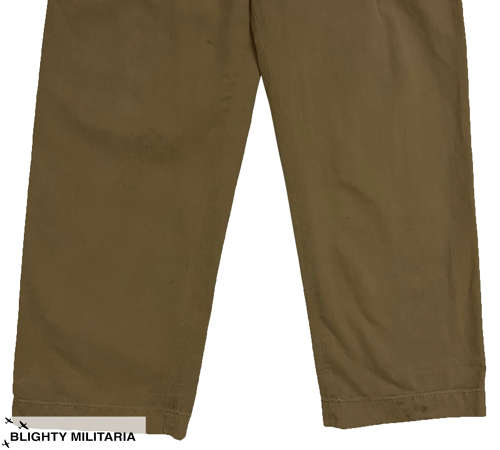 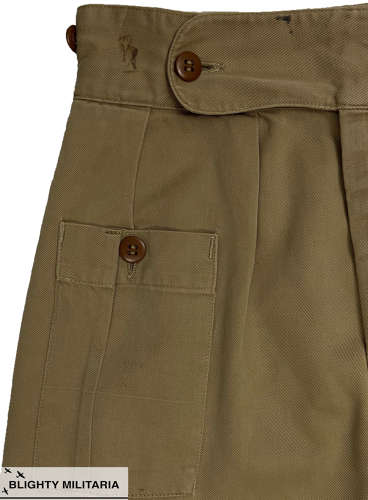 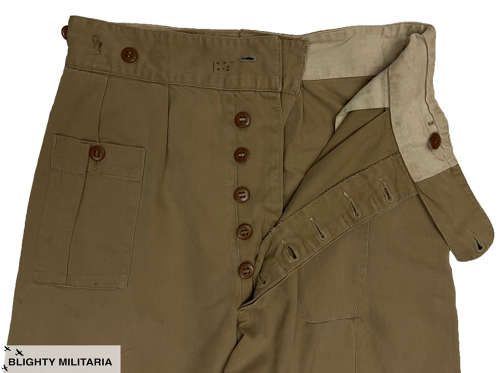 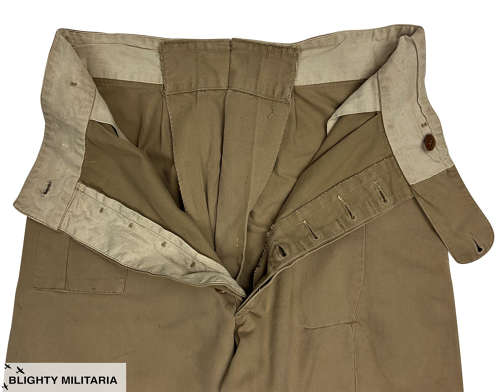 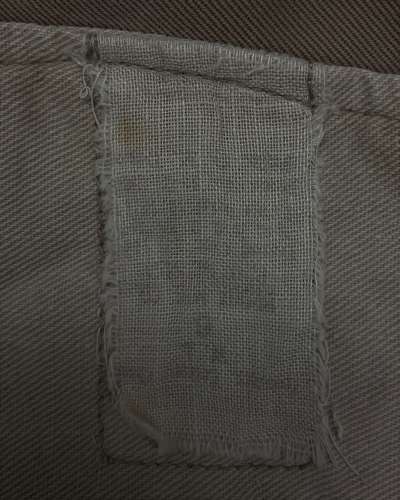 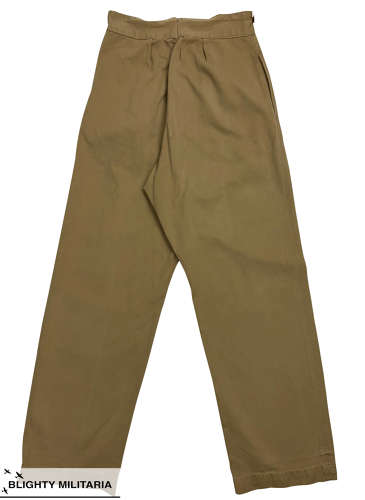 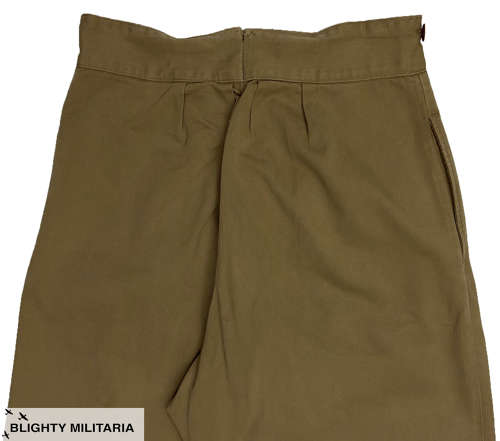 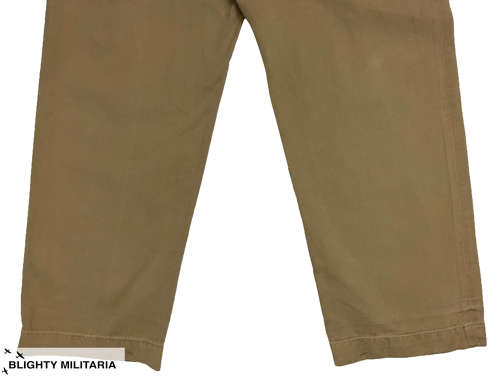 These trousers were made in the United States of America as part of the lend-lease scheme which is often referred to as 'War Aid'. They are made from a tan khaki coloured twill material and feature the buttoning single pleat first field dressing pocket which is found on all War Aid made trousers and shorts. The fly fastens with buttons and features a tab which can fasten to three different buttons on the waist band, most of which have been removed. More of the same buttons are fitted around the waist for braces and are typical of those found on American military items from this period.

Inside the trousers the original label is still present although it is heavily washed out leaving the details virtually illegible. It most likely bore the title of 'Trousers, W.A, Khaki Cotton' or similar.

The trousers are in reasonable condition for their age although do have some flaws. There is a large repair to the front of the right leg and some staining and other signs of wear. The waist has been taken in although all the excess material has been left meaning they could be let out to a much larger waist size. Please study the pictures to determine the condition for yourself.

A nice pair of original trousers, typical of those worn in the Italian Campaign but British soldier and airman.