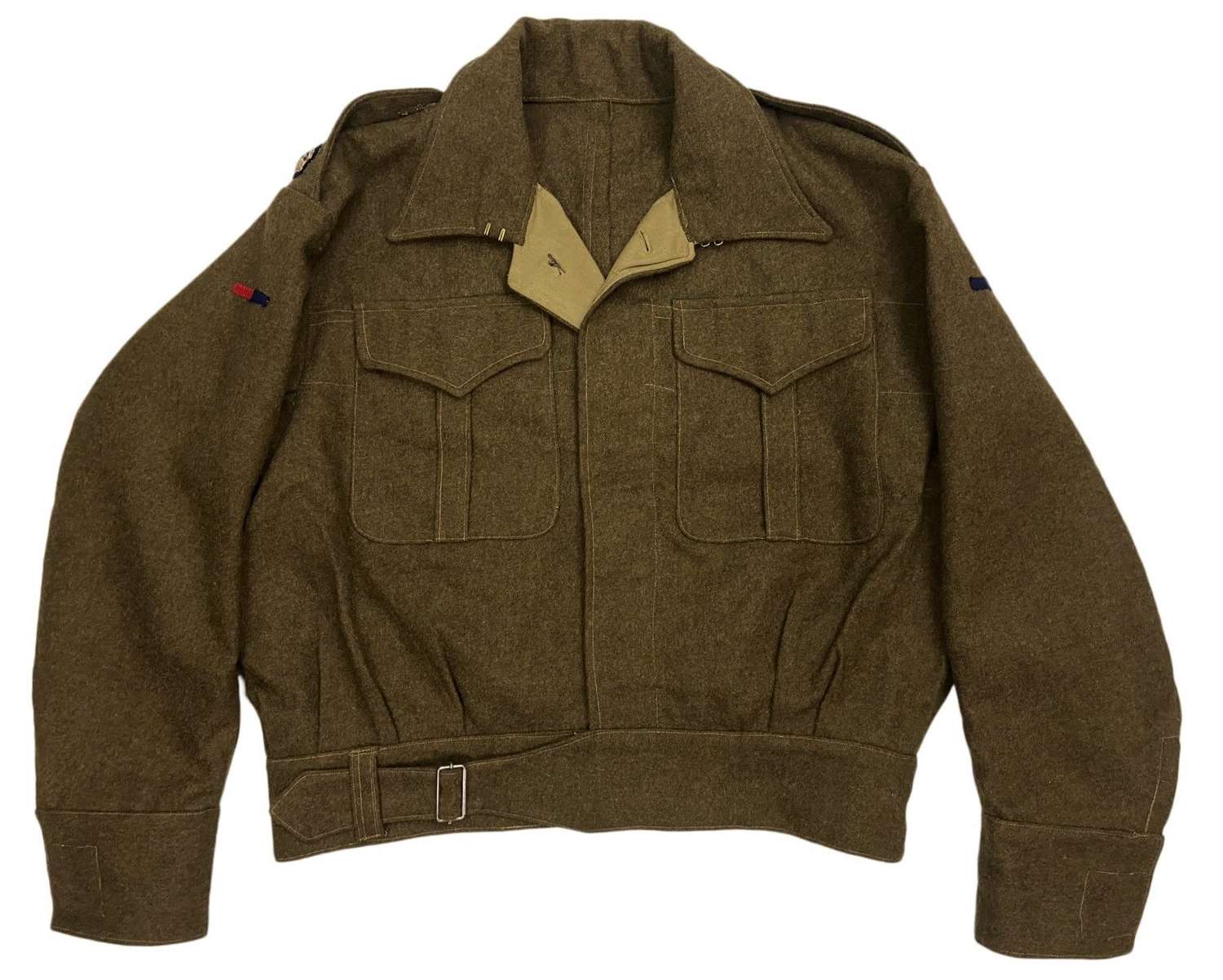 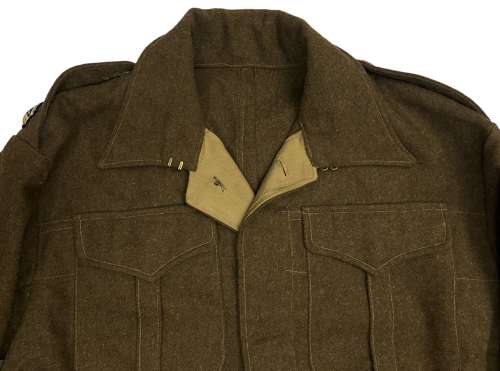 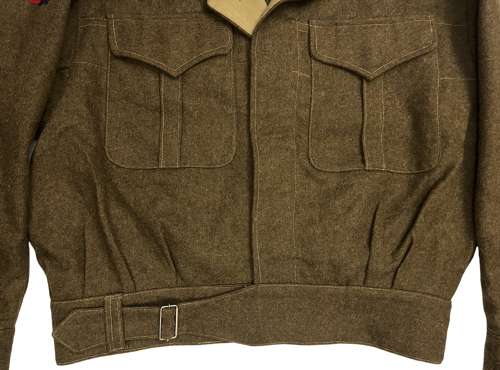 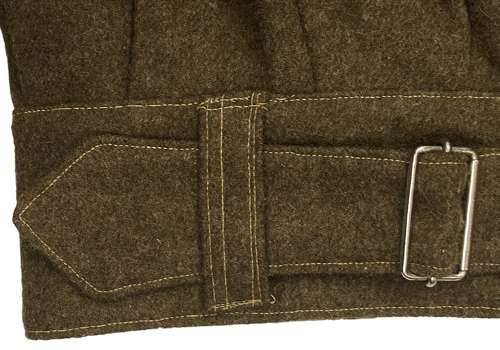 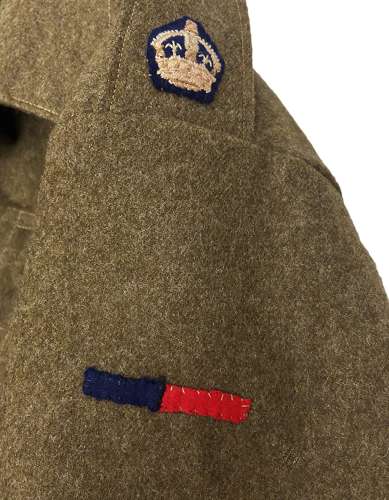 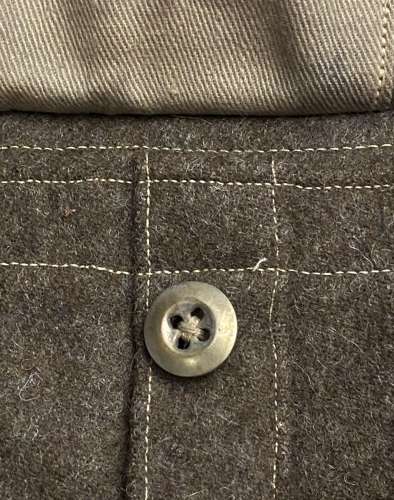 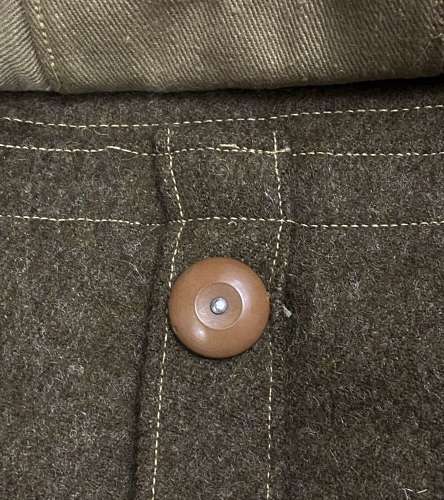 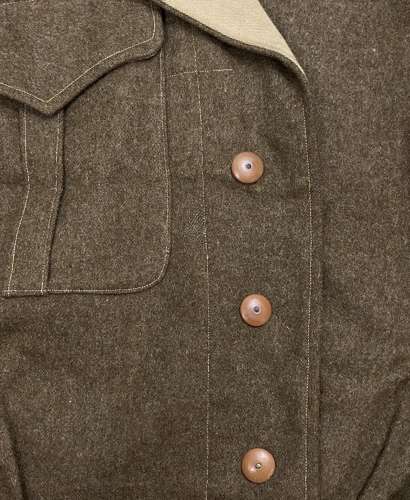 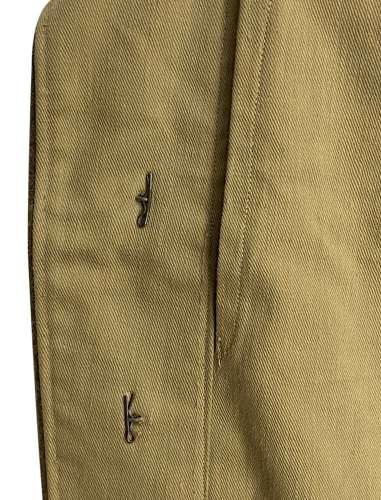 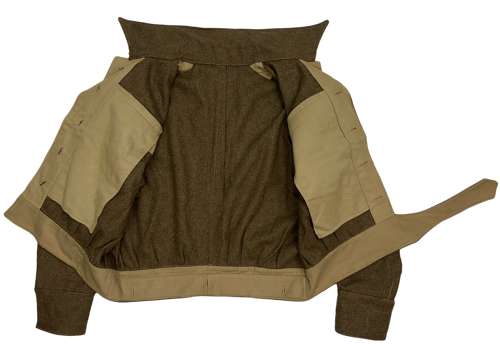 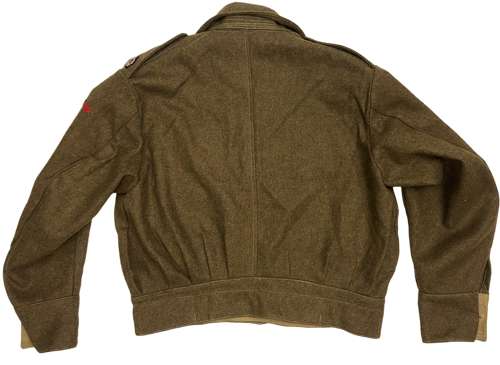 An original theatre made battledress jacket which belonged to Major T Rothwell who served with the Royal Engineers in the Far East during the Second World War.

This jacket came as part of a small grouping which included various items only issued to men fighting in the Far East. The jacket itself is a theatre made example which is typical of those worn in this theatre of war. On first inspection it looks to be a standard early war British made battledress jacket with an unlined collar and early wire waist buckle. Unlike most Commonwealth made battledress, the colour and nap of the wool serge is almost identical to British made examples. The only differences which indicate this as being theatre made are the lining materials and the lack of markings or labels. The buttons are all revolving shank examples which are help on with split pins which is a nice feature. One breast pocket features a two piece brass button as used on early war manufactured battledress whilst the cuffs are fitted with the same revolving shank buttons as used to fasten the front.

The jacket is still fitted with its original insignia which includes a blue back Royal Engineers pattern Major's crown to each epaulette and an RE Arm of Service flash to each sleeve. This simple selection of badges is typical of those worn during the war.

The jacket is a generous, larger size which should fit up to a 44" chest well. When laid flat it measures -

The jacket is in excellent condition as can be seen in the pictures. It only shows limited signs of wear and use and has been preserved very well meaning it still has a very fresh appearance. There are a couple of very small moth holes to the serge but these are only noticeable on close inspection. Overall it is a very clean jacket but please study the pictures and remember that this is a vintage item of roughly 80 years old.

A very nice original and untouched battledress blouse attributed to an officer who served in the Far East during WW2. This would make a great addition to any collection without a doubt!