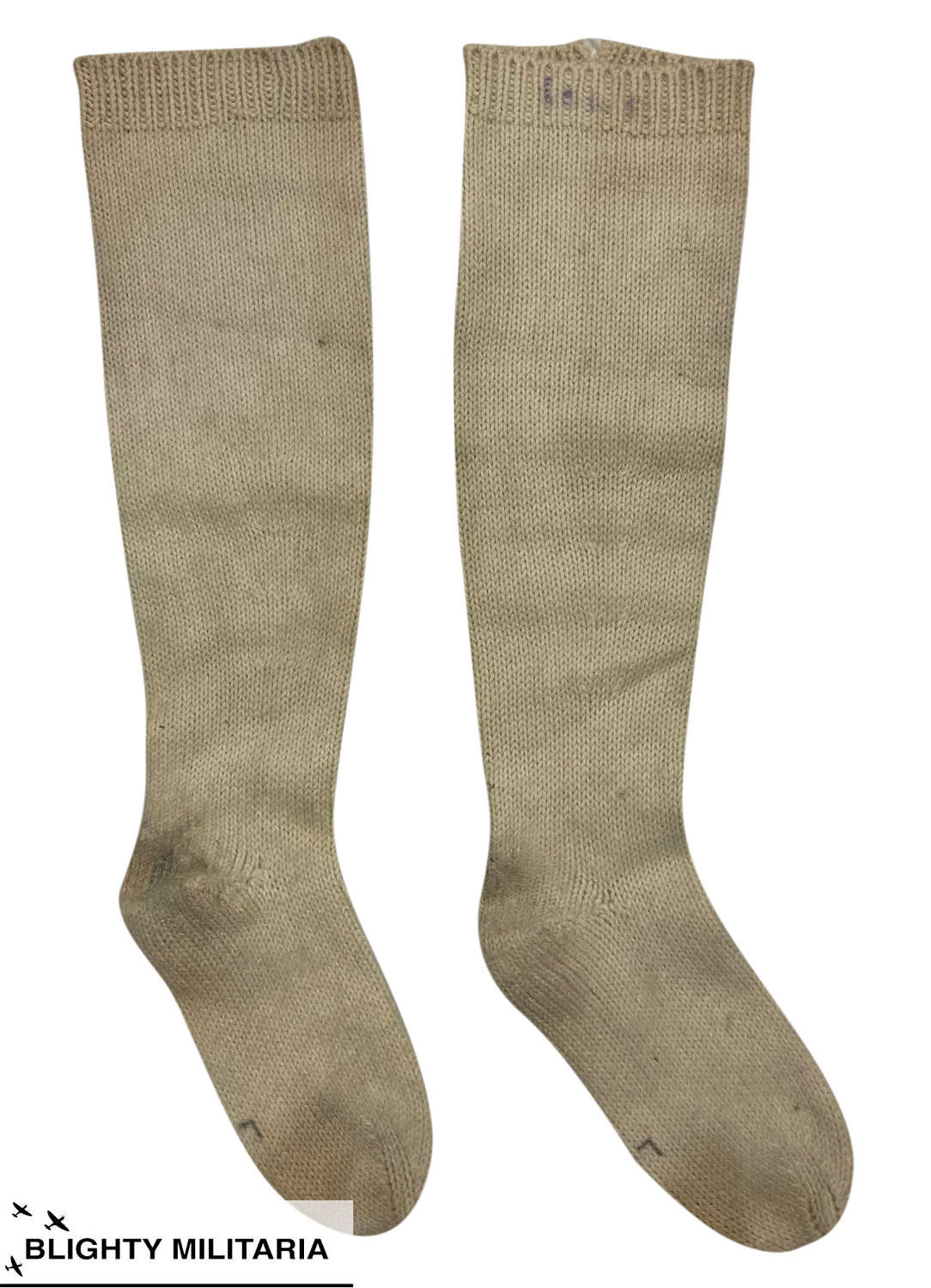 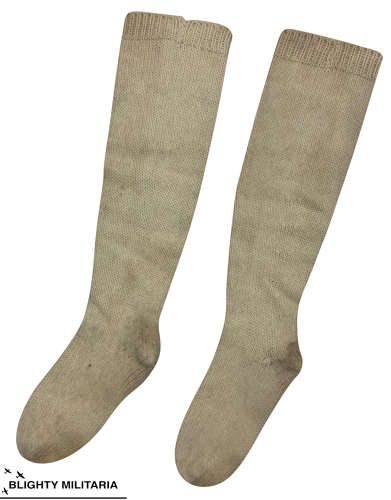 An original pair of WW2 Sea Boot Socks which belonged to D. J. Lowe who served with the Royal Army Ordnance Corps in North Africa and Italy during the Second World War. He saw service with the 8th Army in North Africa before going to Italy with the 4th Division during 1944. It has been in a trunk since the war and is a guaranteed wartime item.

This pattern of socks was used by RAF Air Crew as well as by the Royal Navy. They are made from a heavy weight white wool designed for warmth. Whilst the original labels are no longer present the provenance means these are proper wartime examples.

The condition of the socks is good with various signs of wear and use as shown in the pictures.