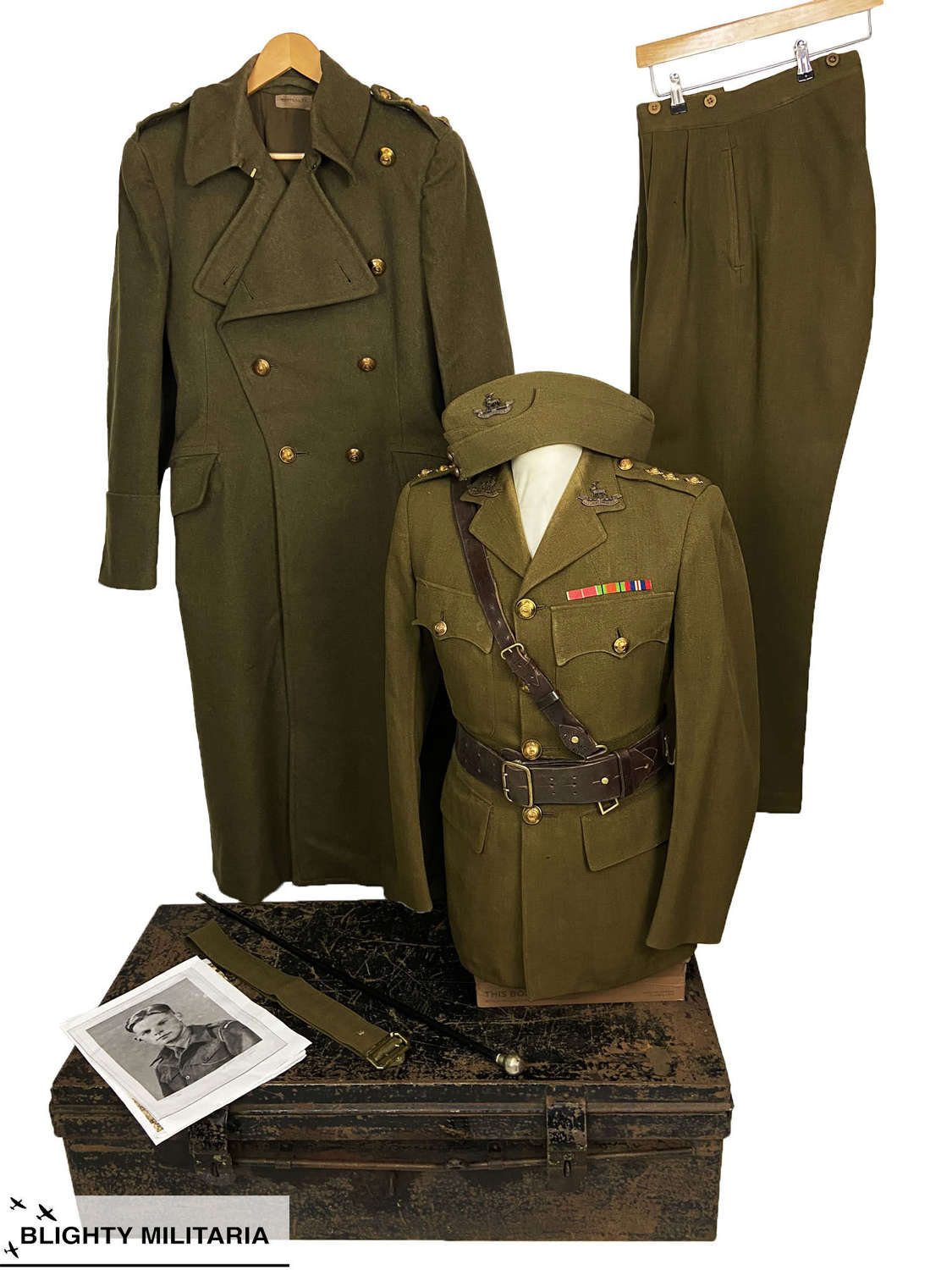 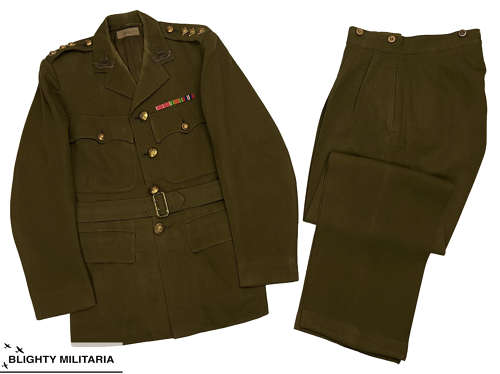 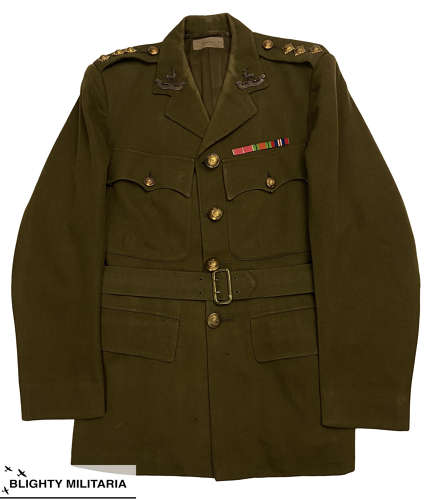 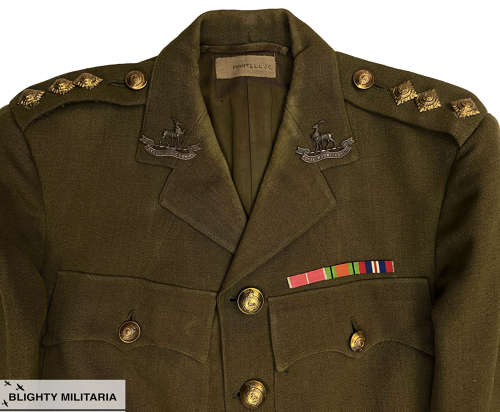 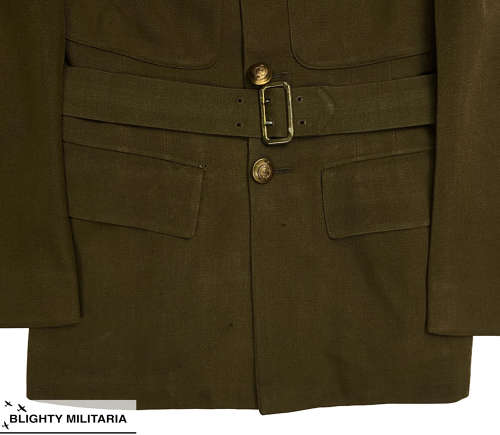 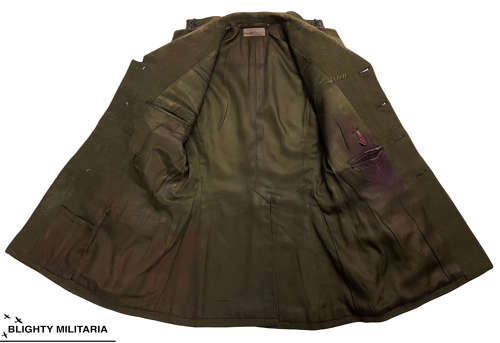 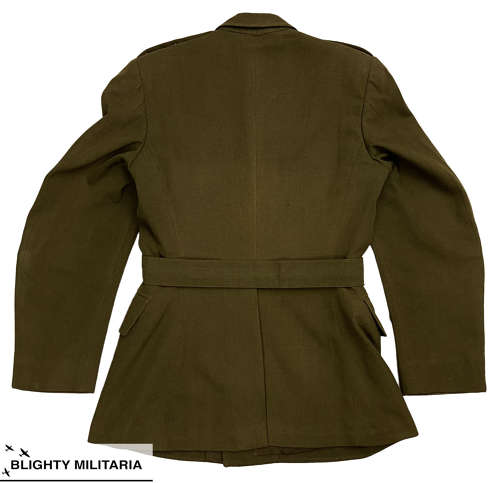 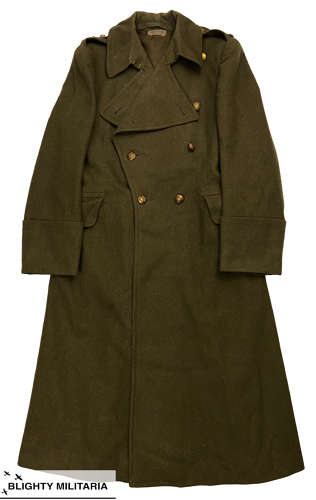 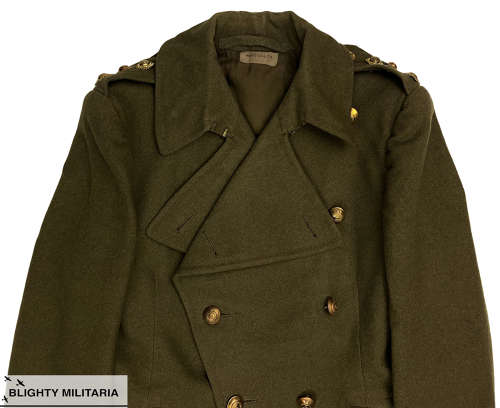 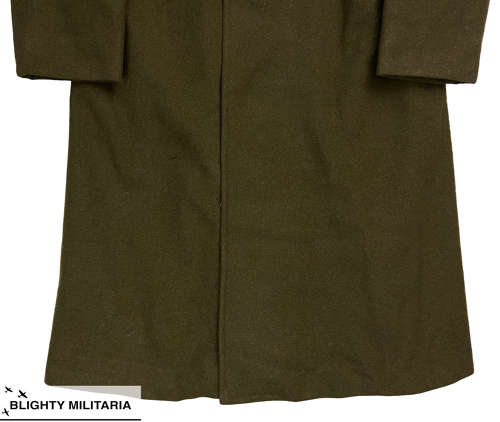 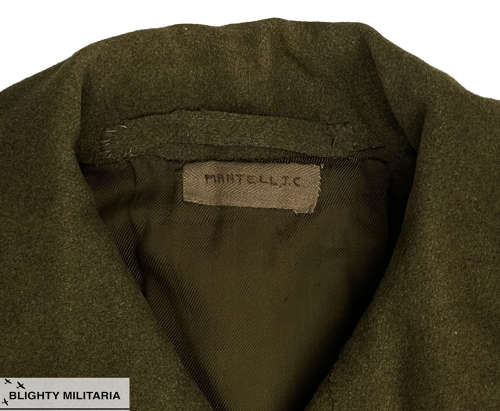 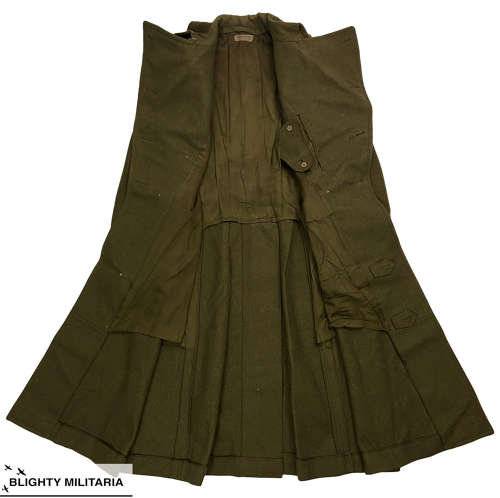 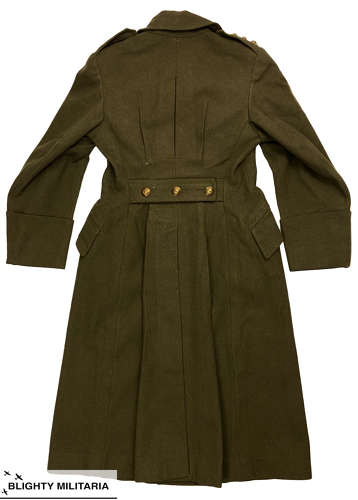 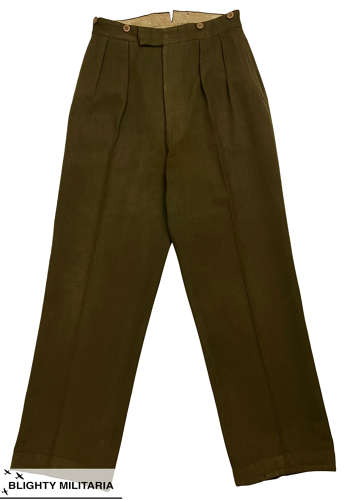 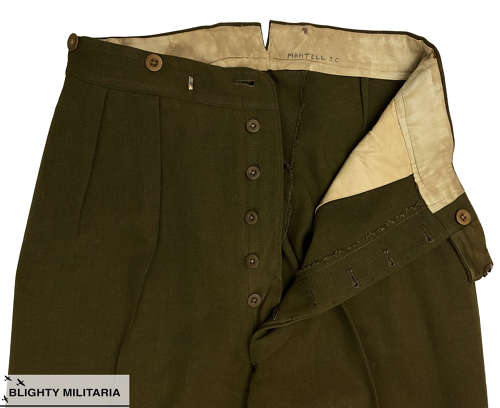 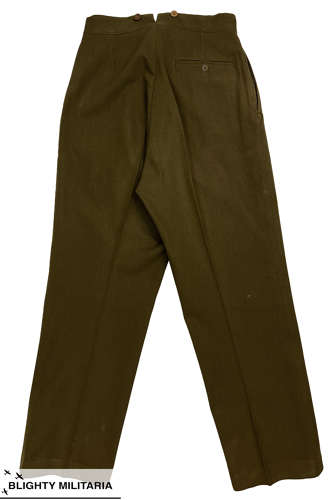 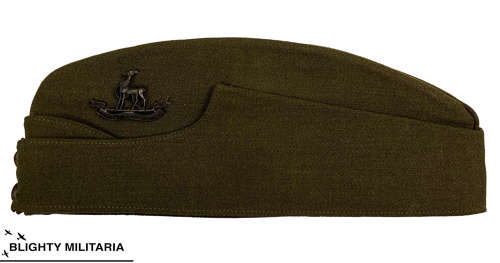 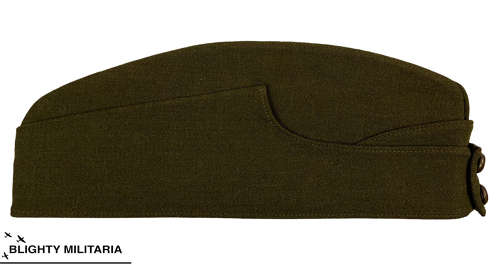 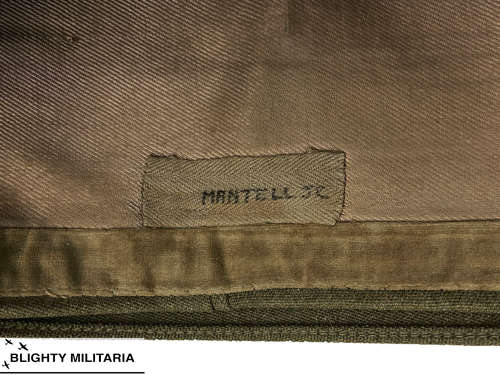 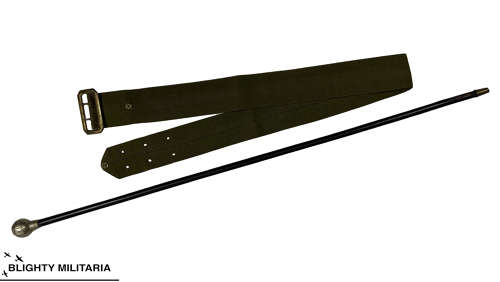 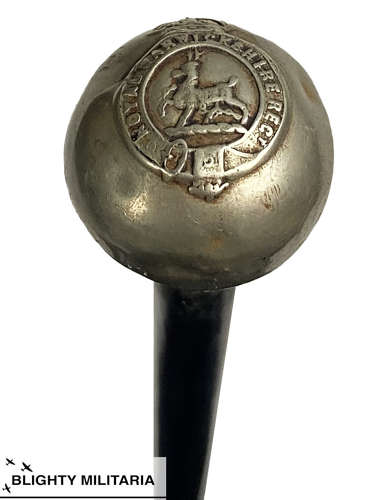 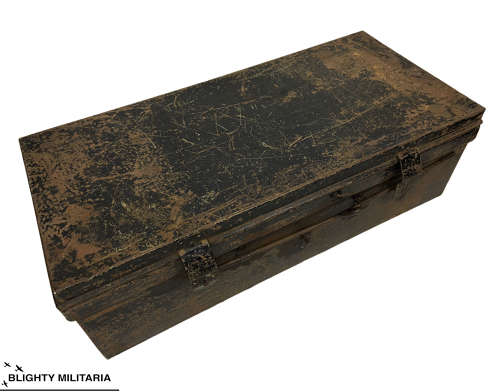 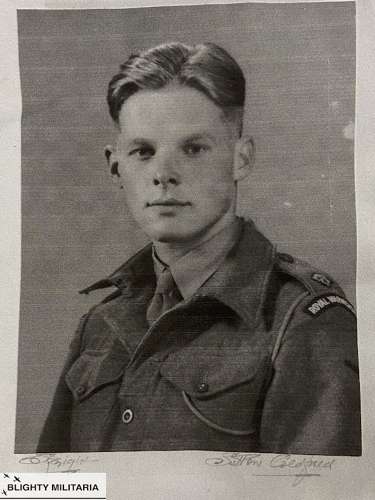 An original WW2 British uniform grouping which belonged to Captain John Campbell Mantell M.B.E. who served with the 2nd Battalion of the Royal Warwickshire Regiment during the Second World War and in Palestine.

The Service Dress suit is made up of two parts with the jacket being a wartime economy example.  The breast pockets are plain patch pockets rather than pleated and there are flapped pockets to the skirt in place of bellows pockets. This dates the suit to approximately 1943 or 1944 as by 1945 and later most suits were being cut in the pre-war style again. The jacket is fitted with rank stars to the epaulettes which denote the rank of captain and officers quality bronze Royal Warwickshire Regiment badges are fitted to the lapels. All the buttons are warwickshire examples and medal ribbons are fitted above the left breast pocket, including the OBE. The jacket comes complete with it's original matching waist belt with brass buckle. The interior of the jacket is fully lined in rayon and there are no maker's labels or dates. The original owner has added his own name tag however which reads 'J. C. Mantell'. The matching trousers are typical of the period featuring a high rise waist, twin pleated front, wide leg and button fly. They also feature the original owner's name to the interior.

The service dress suit is in good condition with signs of wear and age. It displays well but does have some small flaws which are evident in the pictures. It is a smaller size which will suit a 36" chest and a 30" waist. The trousers have a 31" inside leg.

The greatcoat is again a typical wartime example. It is made from a heavy, khaki green coloured blanket wool serge and features a double breasted front. It fastens with brass Royal Warwickshire regiment buttons and features three rank stars to each epaulette. The interior is half lined and the throat latch is still present. The original owner has again added a name tag with his name.

Captain Mantell's Royal Warwickshire swagger stick also forms part of this group and is in fair condition. It displays well although the metal top is loose and can be removed.

There is then the metal trunk which houses the grouping. It is a black painted metal example which is typical of the period. It has various signs of wear and use but is a nice original item.

Lastly there are four photocopied pages of A4 which includes a wartime portrait of Mantell whilst still a Second Lieutenant and some documents pertaining to his OBE.

A nice original grouping with some interesting history. A number of other items which belonged to the officer are also being added to the website currently!