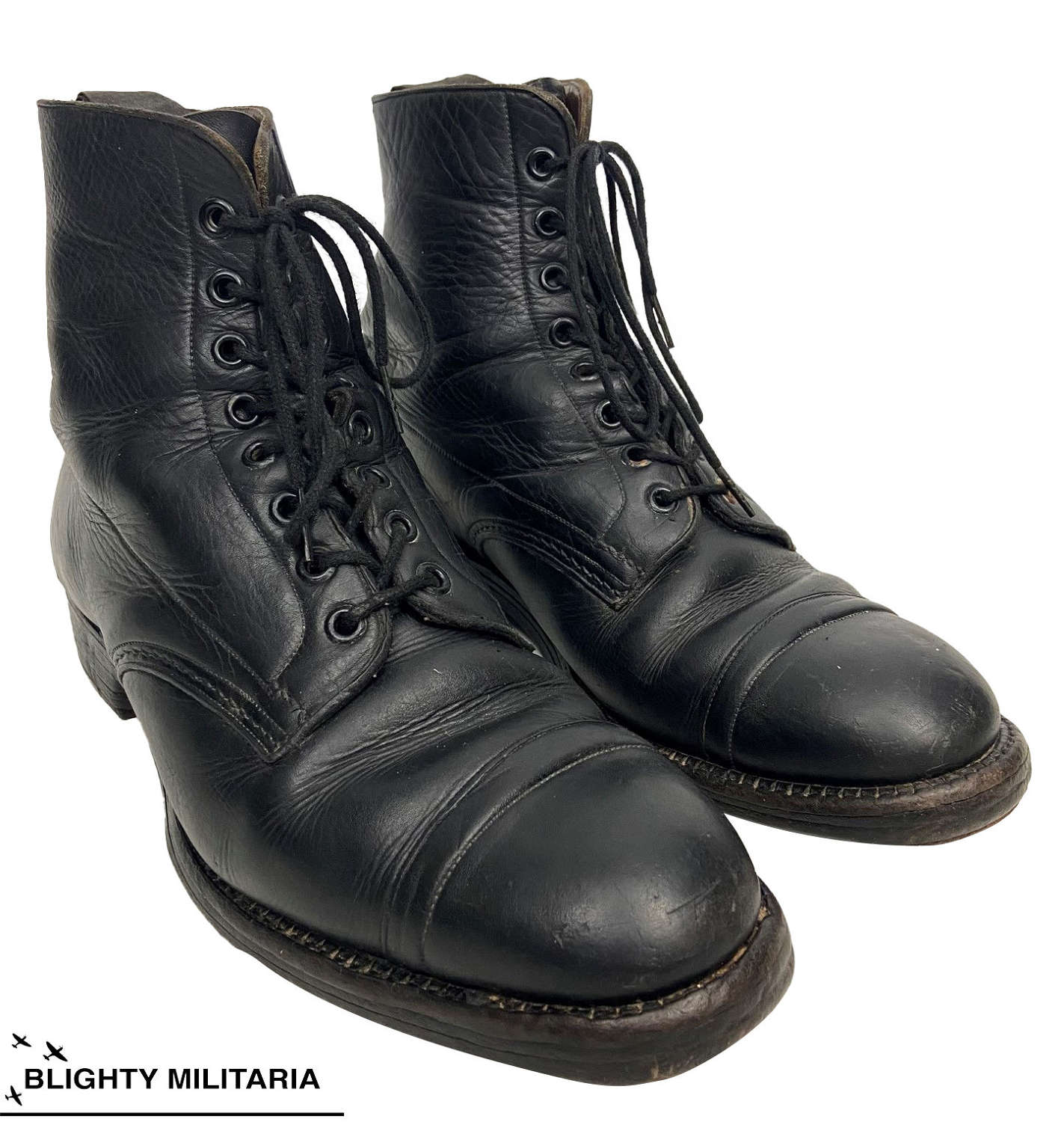 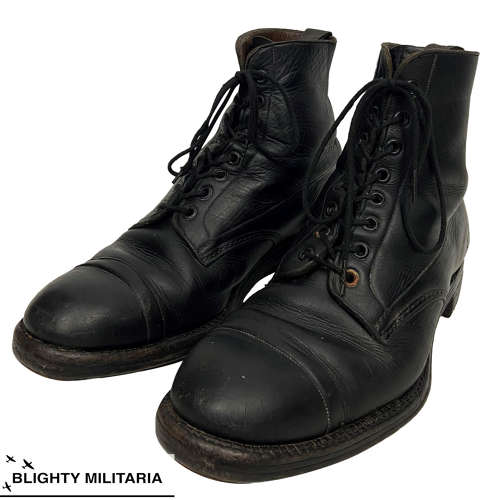 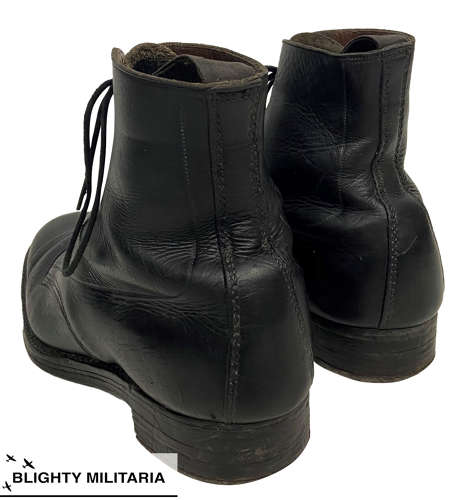 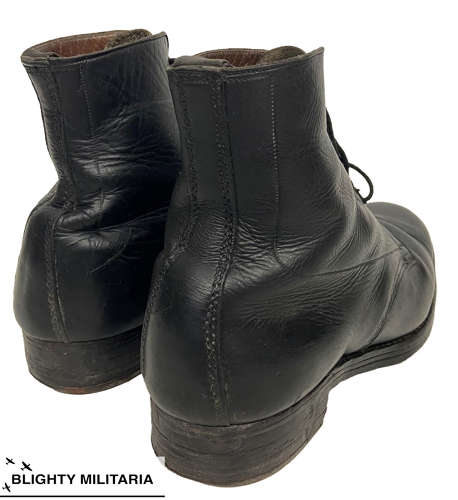 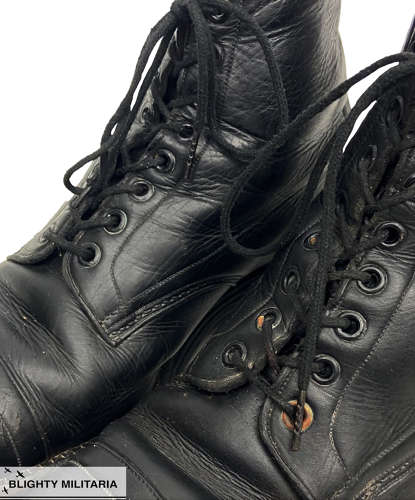 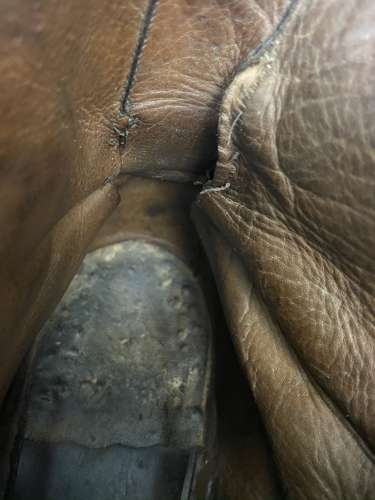 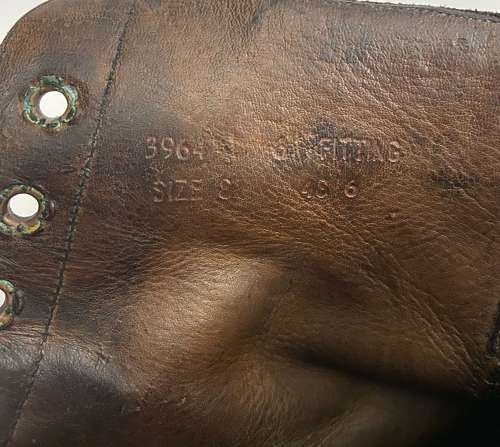 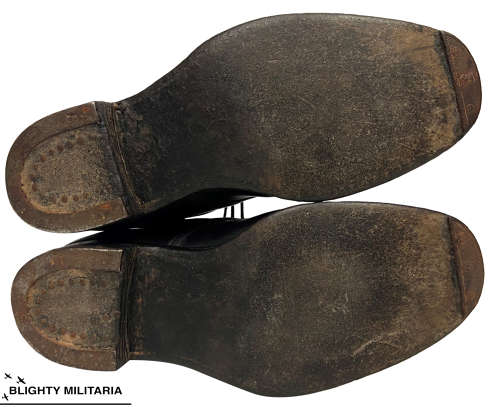 An original pair of Royal Marines officers black leather ankle boots dating from the Second World War and in a size 8.

These boots belonged to Donald Ivor Whitmore who served with the Royal Marines during WW2. He was made temporary Second Lieutenant on the 26th of May 1943 and appears in the Navy Lists for 1943 and 1944. These boots clearly date from this period and it may be possible to research the original owner further.

The boots are typical of the period. They feature a black leather upper, stitched tie cap, black painted brass eyelets and leather soles with metal toe plates and horse shoes to the heel. The boots are lined with leather meaning they would have been an expensive pair of boots when new and are of high quality. The leather lining bears markings pertaining to size, in this case 8, and style.

The boots are in reasonable condition for their age and display well. The exterior looks good although there is paint missing from two of the eyelets as can be seen in picture 5. The interior is also good although the stitching has come away along the rear seam of the lining in each boot. This is illustrated in picture 6 and doesn't affect how the boots display. It is quite possible they have been worn like this but it may be better to repair this if they were to be worn.

A rare pair of original Royal Marines boots from the Second World War which would make a good addition to a collection!