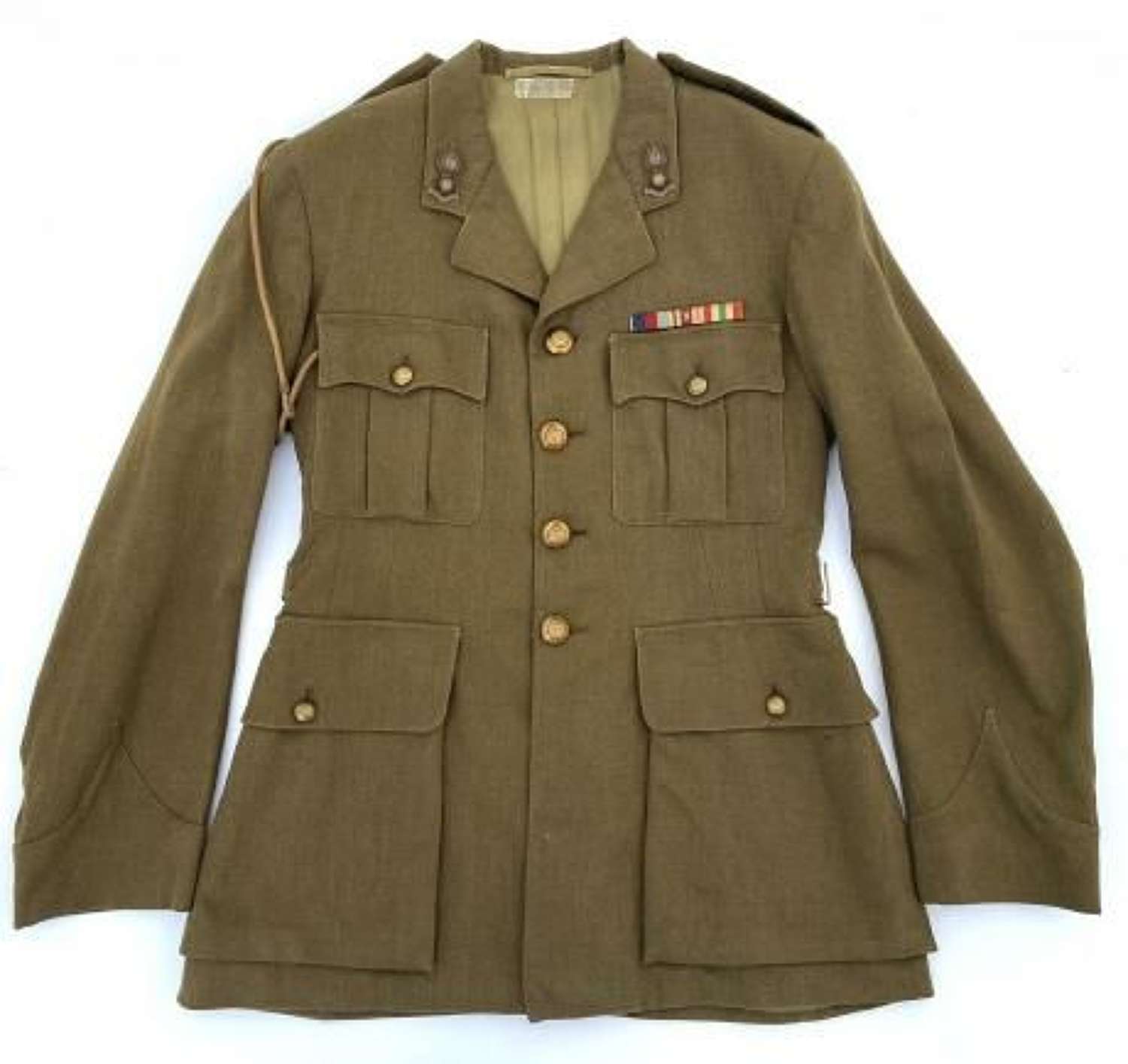 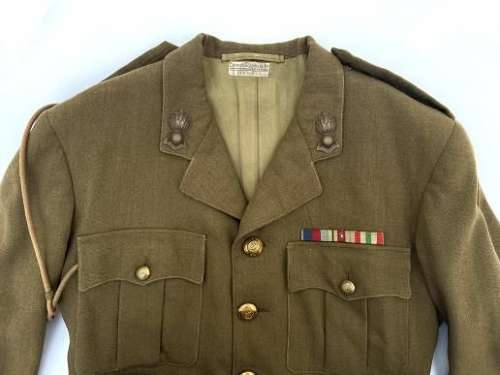 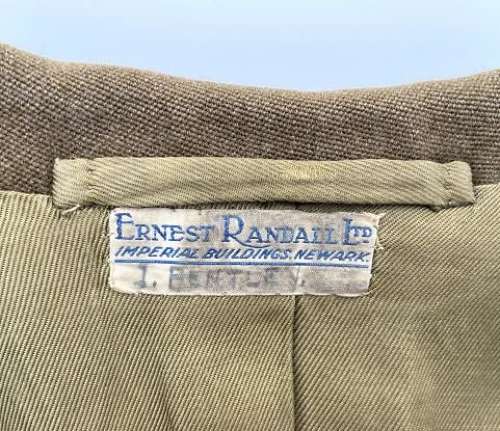 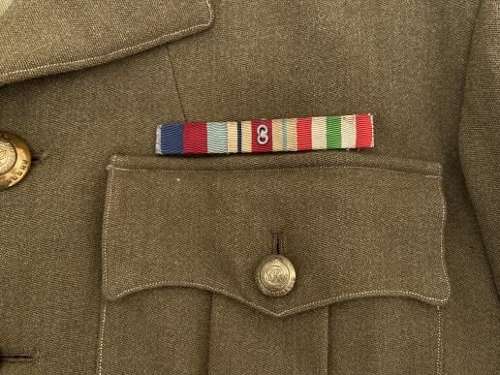 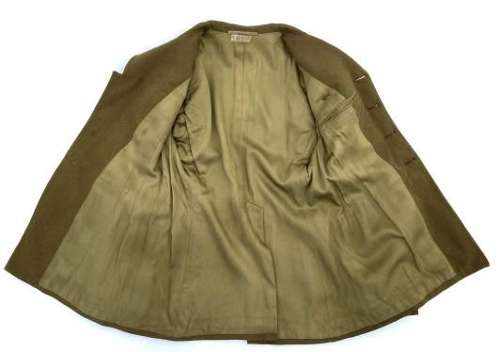 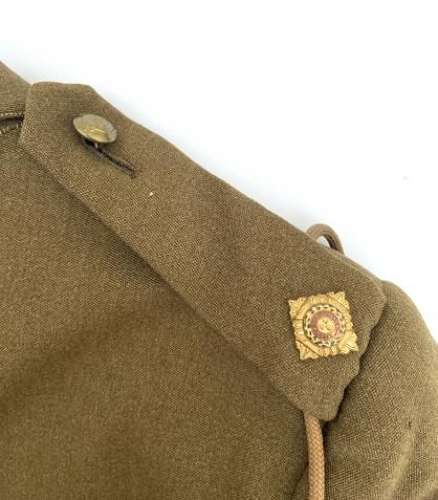 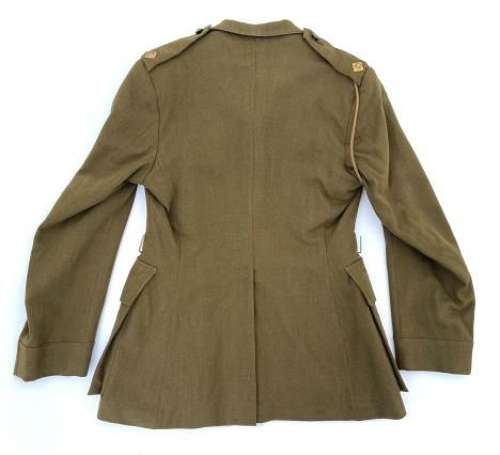 An original Royal Engineers Officers Service Dress Jacket made by Ernest Randall Ltd and dating from the Second World War.

This pattern of tunic was used by British Army Officers for many years and still hasn't changed drastically to this day. This particular example however clearly dates from WW2. It is made from a khaki green barathea and features a rayon lining, both of which are typical of the period. The cut is also in keeping with the era being reasonably short in the body.

This jacket is not a late war austerity pattern and certainly has an early war feel to it. Based on the medal ribbons it is fair to assume that the original owner was serving in the early part of the war which ties in nicely. The jacket features a full set of Brass Royal Engineers buttons and matching officers bronze collar badges.

The jacket features a rather nice set of period medal ribbons which include the 1939-45 star North Africa Star (With 8th Army Clasp) and Italy Star. This gives a little insight into the original owners army career.

Another nice feature of the jacket is that it is badge to a Second Lieutenant and has never had any other rank. Most jackets offered today feature three sets of holes are rank stars for a captain with junior ranks such as this being much harder to find.

Inside the jacket the original makers label is still present and bears the original owners name of 'Bentley'. It was tailored in newark and the label is typical of the 1930-40s.

The jacket is a smaller size and when laid flat measures -

The jacket is in good condition with the usual signs of wear and age. It displays well and would male a nice addition to a collection.