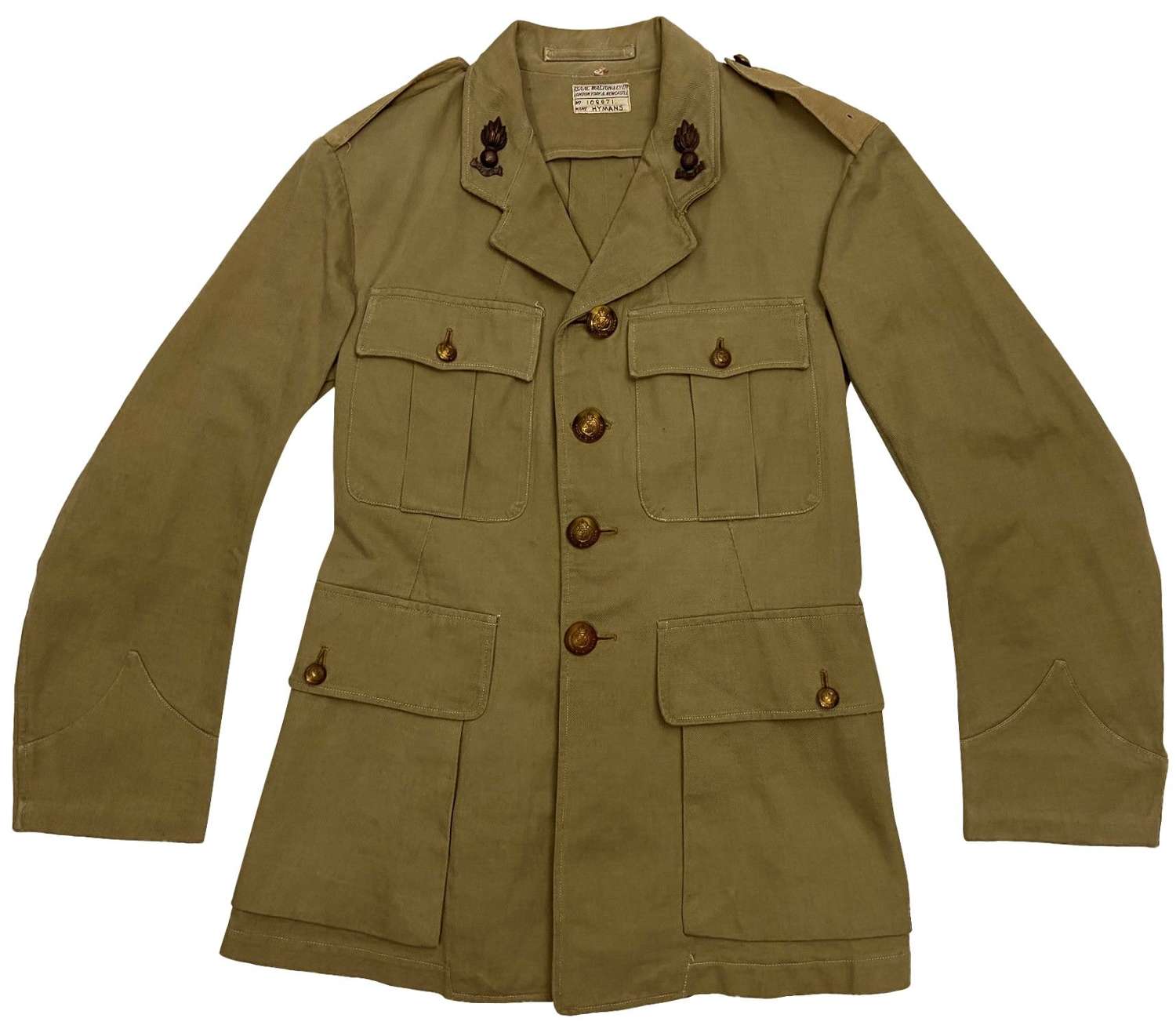 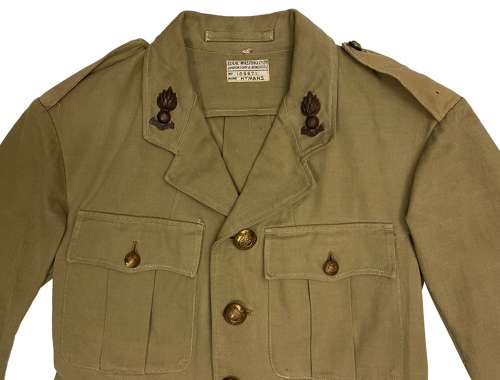 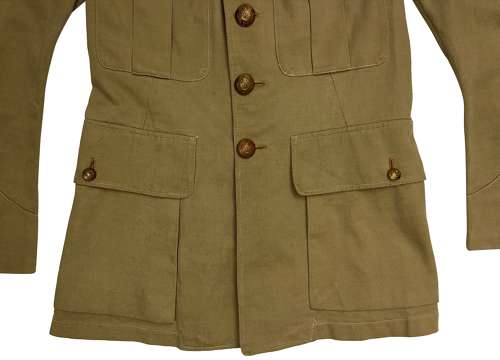 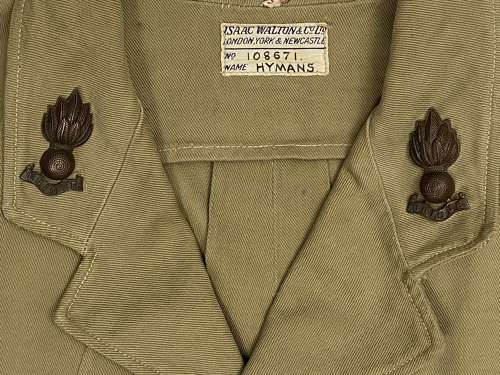 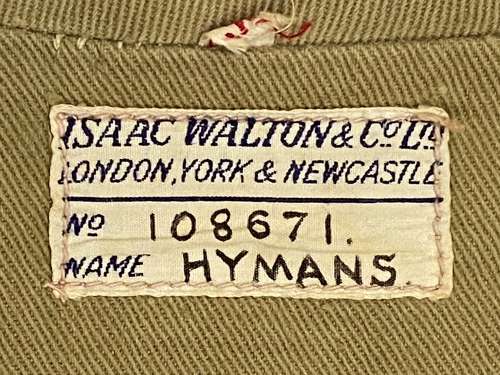 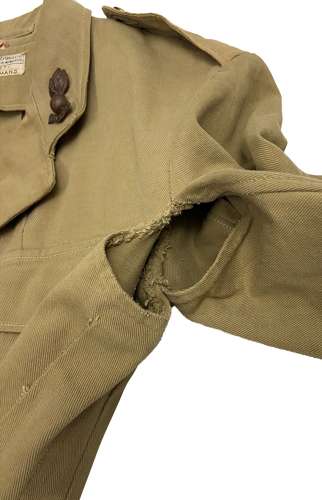 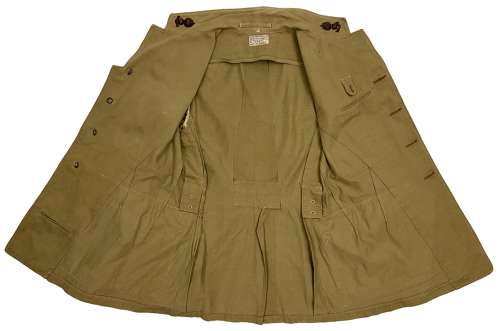 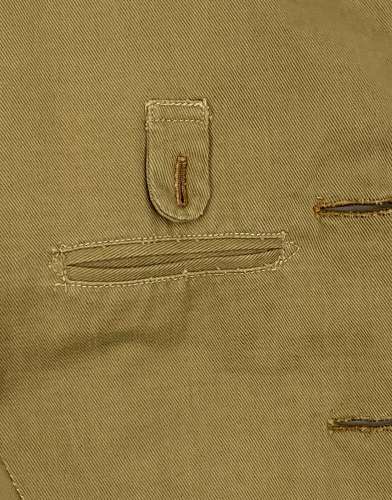 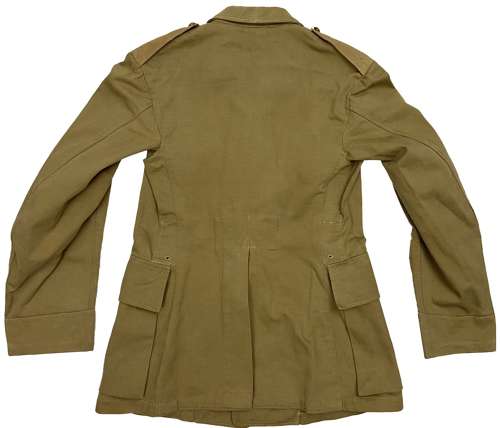 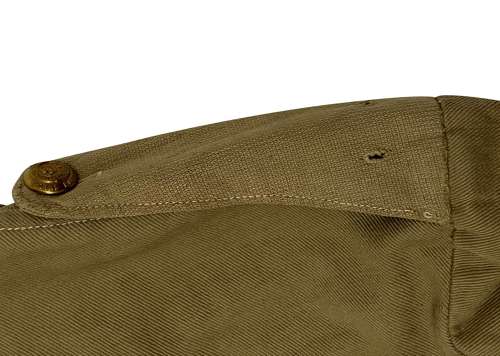 An original British Army Officer's Khaki Drill Service Dress Tunic which belonged to Major Hymans 108671 who served with the Royal Engineers during the Second World War.

The jacket is a very nicely made example which has a number of details which would suggest this was an expensive jacket. It is made from the usual heavy khaki coloured cotton drill which was often used for officers tunics. It features a full set of brass King's crown Royal Engineers buttons and matching RE collar badges. Pleated patch pockets are located to the chest whilst bellows pockets are located to the skirt. The sleeves feature a pointed cuff and there is a vent to the rear. Interesting details on this jacket include the interior fob watch pocket and tab and the large openings to each arm pit designed for ventilation. The epaulettes have also been replaced with a slightly mismatching material which was almost certainly done when Hyman's was made a Major.

Inside the tunic the original label is still present and bears the makers name of 'Isaac Walton & Co Ltd' as well as the original owner's name and number.

The tunic is in good condition as can be seen in the pictures. It displays very well with no signs of major wear or use. It is of course a vintage, pre owned jacket however so may have small issues commensurate with age.