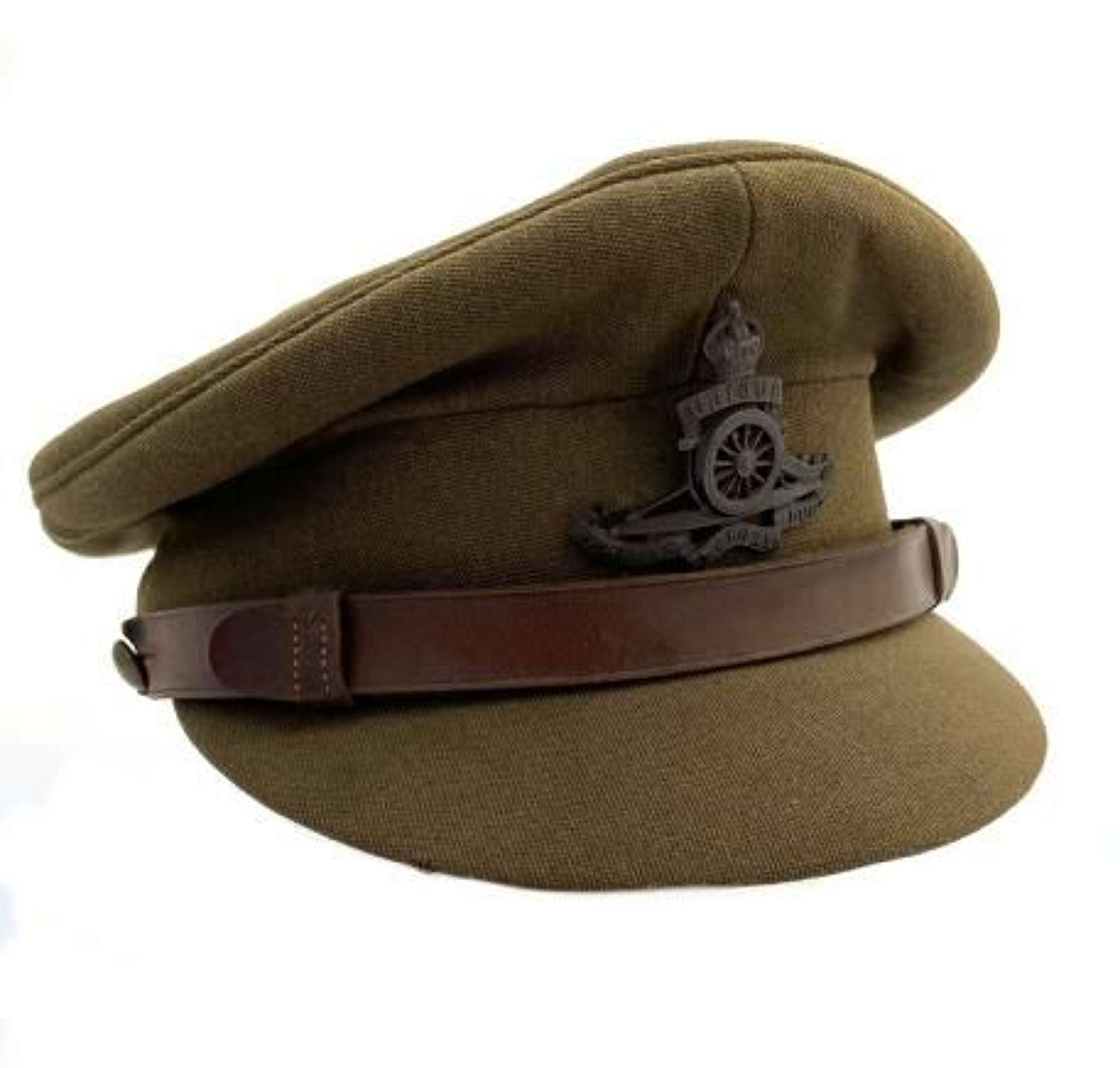 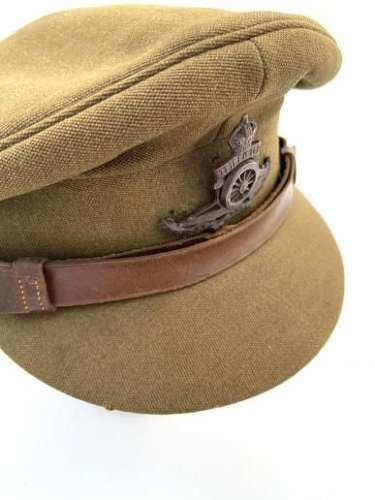 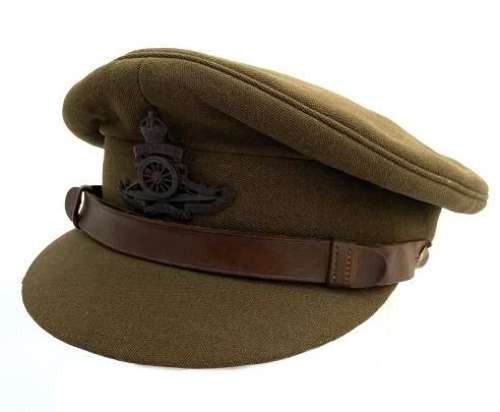 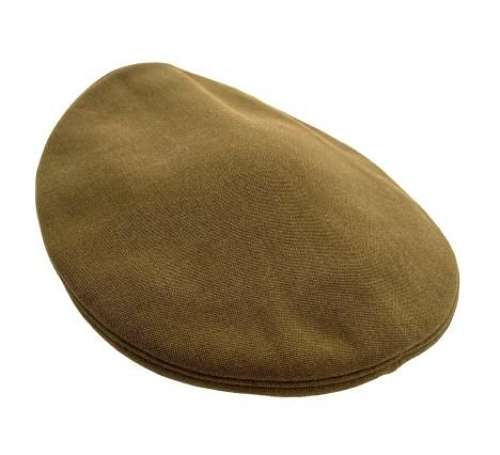 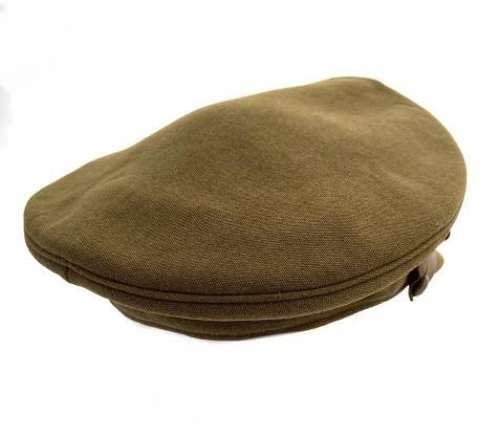 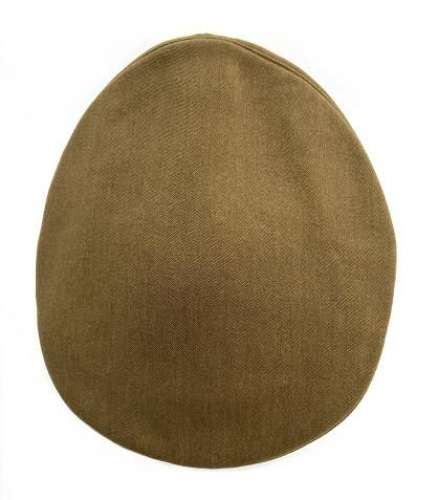 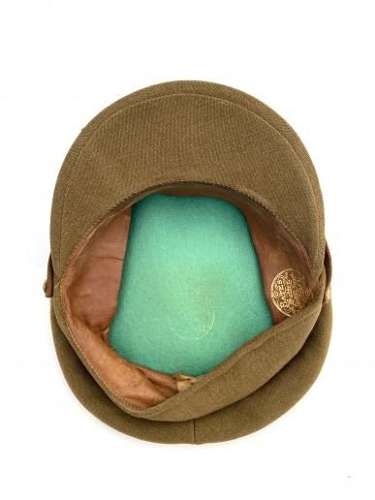 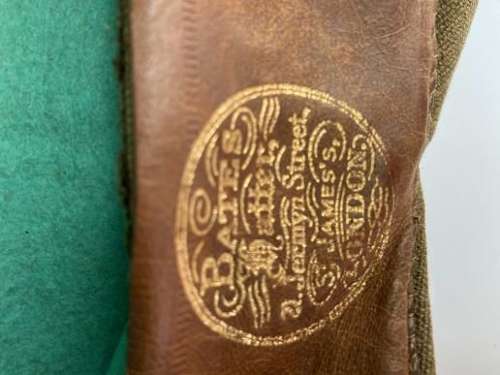 This hat came as part of a grouping made by Maxted Ellis Ltd in April 1941 for K. A. Bull who served with the Royal Artillery throughout WW2. Both his service dress and greatcoat are listed below.

Whilst the hat is not dated, as is common with officers private purchase items, it is typical of WW2 construction. The shape is the more rounded shape which was quickly becoming more popular than the pre-war stiff caps as the war went on. It features a brown leather chin strap which is held on by brass ball buttons and an Officers Bronze Royal Artillery cap badge is fixed to the front, although two of the lugs have broken.

Inside the cap is lined with a green baize with the makers mark still faintly visible in white. The leather sweatband also bears the makers logo which reads 'Bates Hatter, 21 Jermyn Street, St James, London'. Bates were one of the most prolific manufactures of officers peaked caps during the Second World War.

The hat is a smaller size of approximately a 6 3/4.

The cap is in very good condition and displays well as can be seen in the pictures. The only small flaw I can find is a slight nick to the visor which again can is visible in the photographs.

All in all a nice original WW2 officers peaked cap which would make a nice addition to any collection.