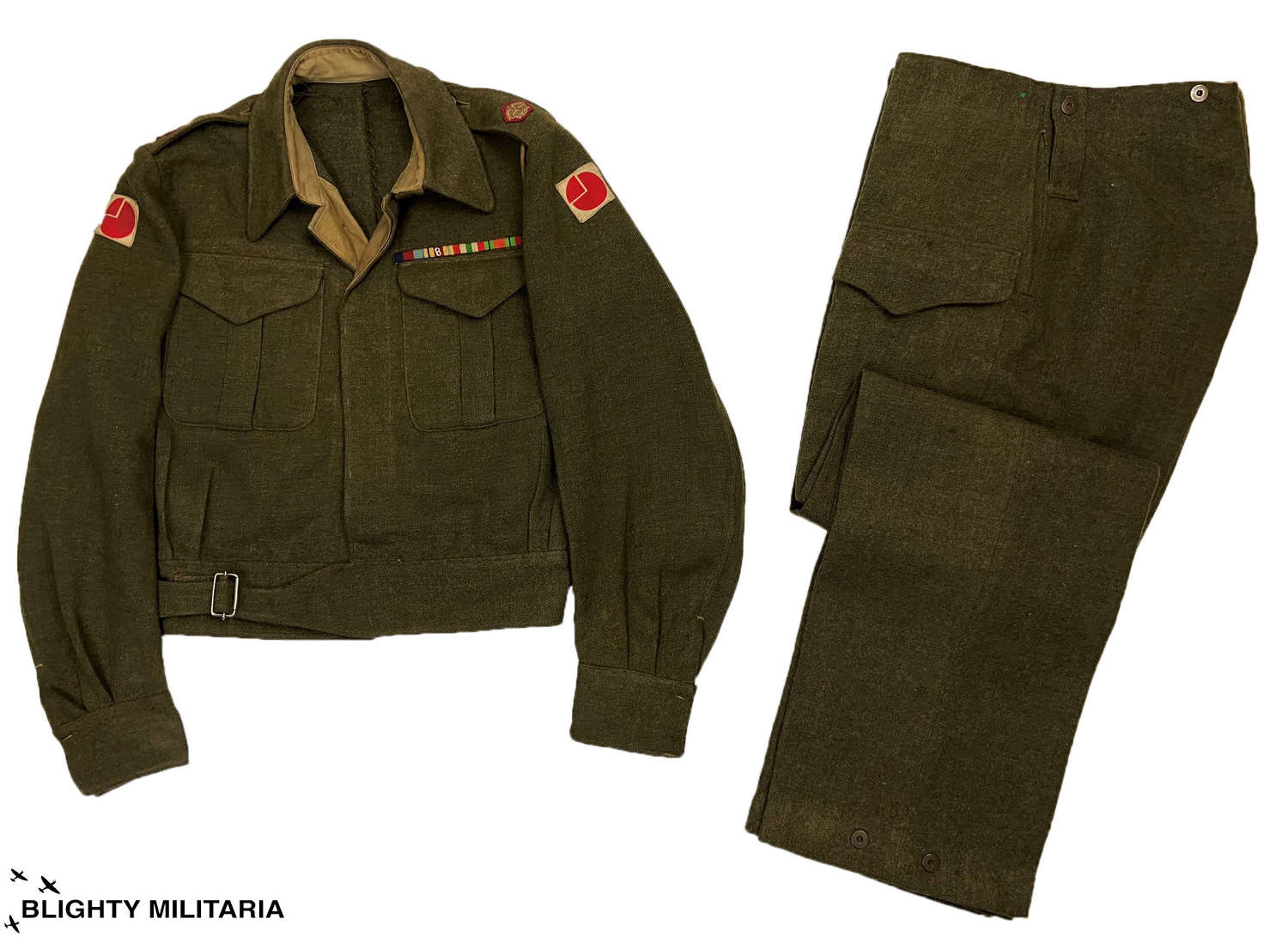 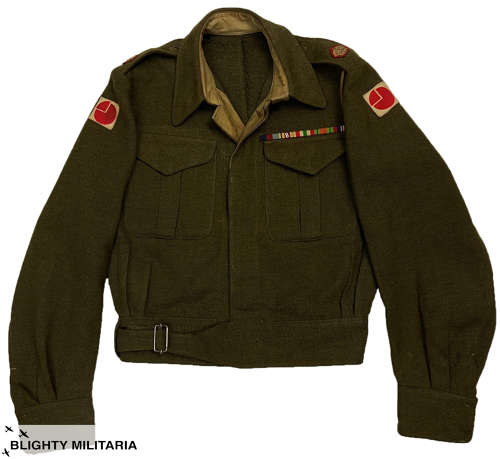 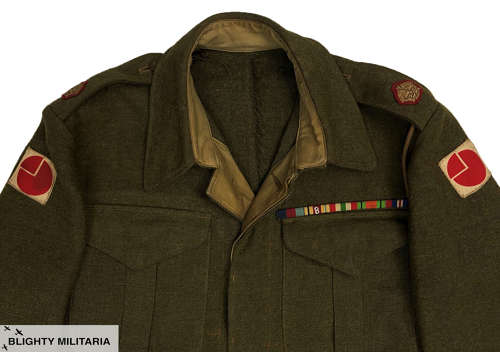 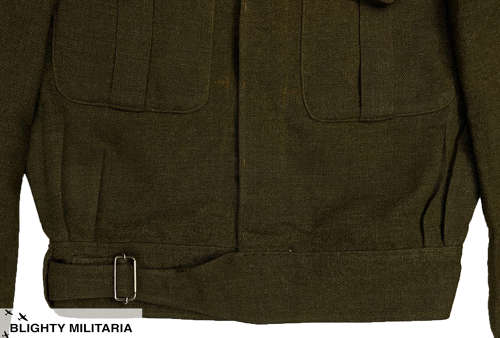 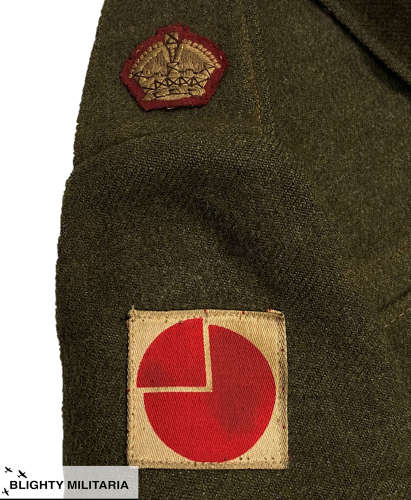 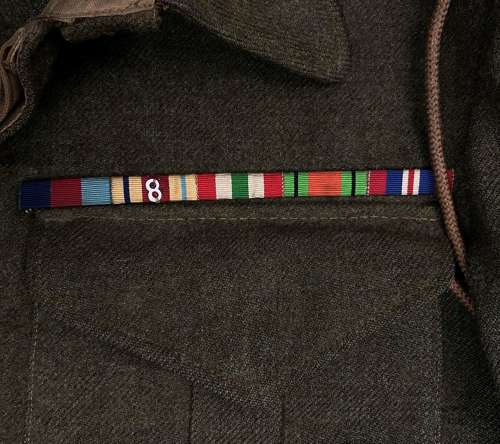 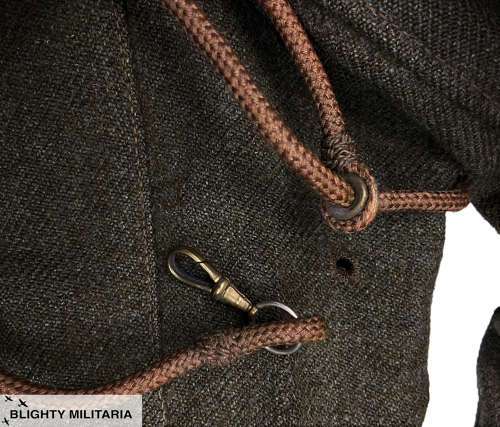 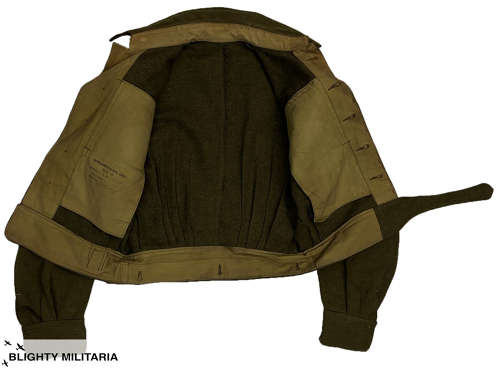 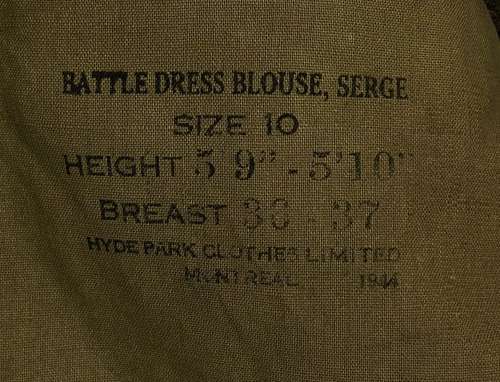 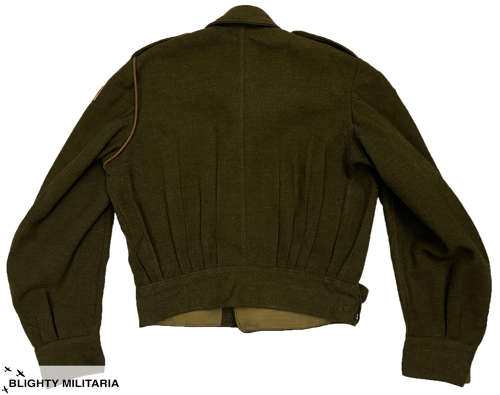 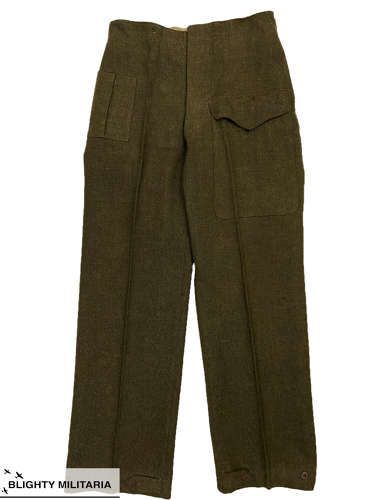 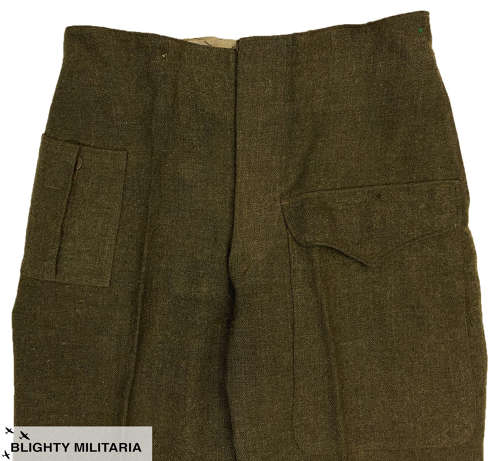 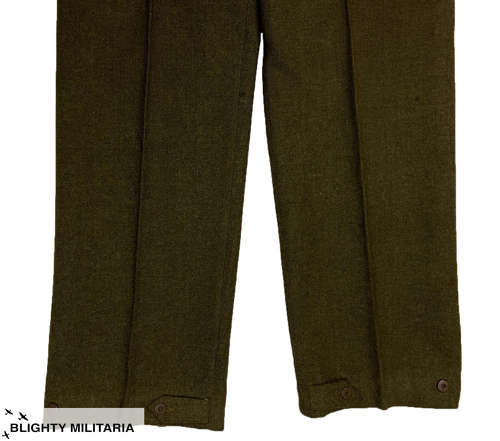 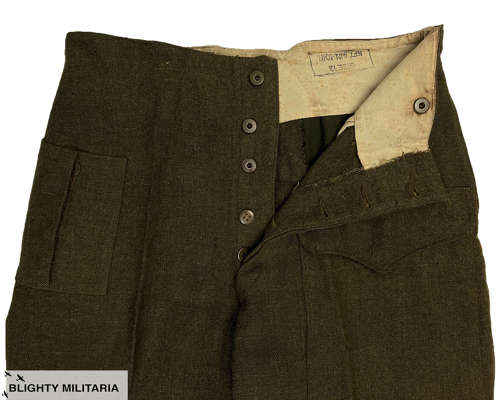 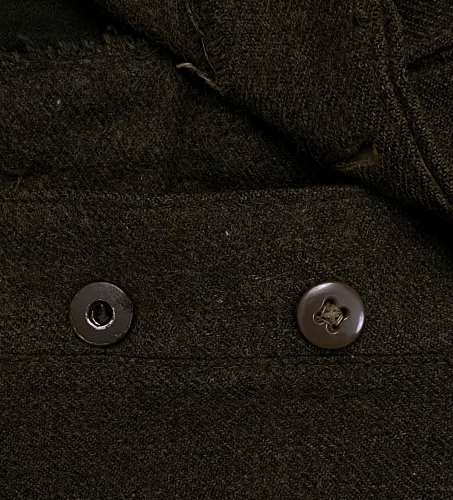 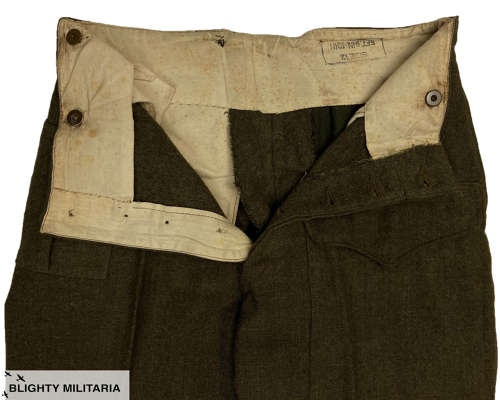 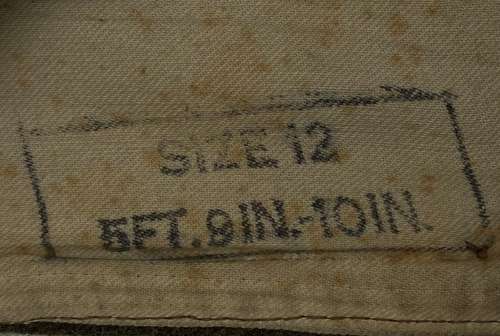 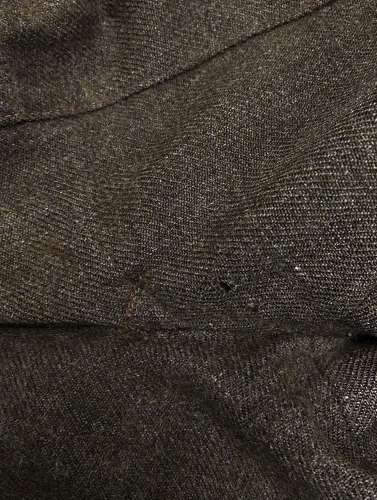 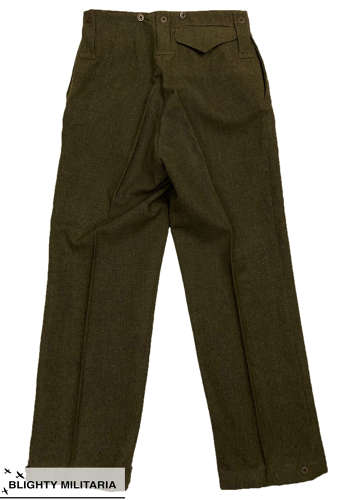 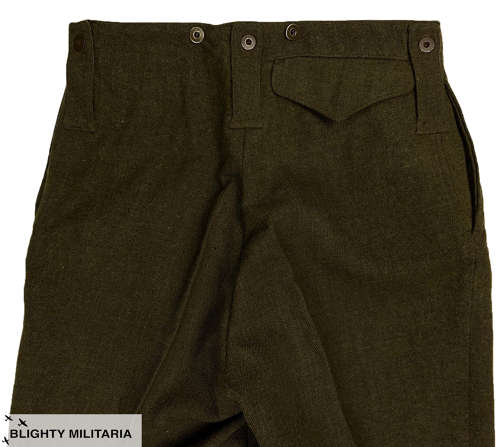 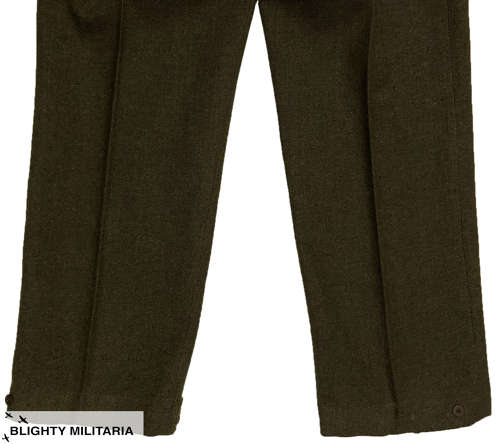 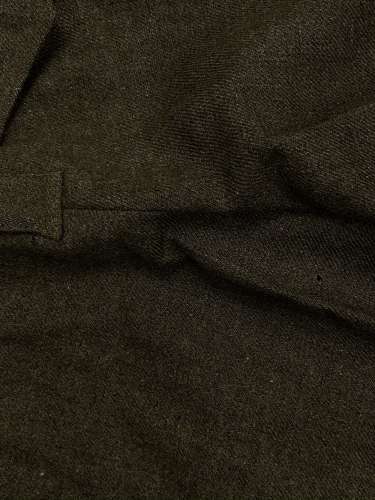 An original Canadian made battledress jacket and trousers which belonged to a Major who served in the R.A.O.C in North Africa and Italy during the Second World War.

This set belonged to Major D. J. Lowe who served in the Royal Army Ordnance Corps during WW2. He saw service with the 8th Army in North Africa before going to Italy with the 4th Division during 1944. It has been in a trunk since the war and is a guaranteed wartime item.

Both the jacket and trousers are Canadian made examples. Commonwealth manufactured battledress was often worn by members of the British Army during 1944 and 1945 and was often coveted by soldiers at the time as it was often deemed to be of a higher quality than British Manufactured clothing. The serge wool has a different green hue to that of British made items and the buttons are the metal type usually found on Canadian battledress. The pattern is based on the British 1940 pattern and features covered buttons to the front, pockets and cuffs.

The jacket is fitted with original insignia which includes printed 4th Division flashes to the upper sleeves whilst major crowns are stitched to the epaulettes. Medal ribbons are located to the chest and include the Africa Star and the Italy Star. A lanyard is also fitted to the left shoulder and features a brass clip.

Inside the jacket the original markings are still present and state the jacket as a size No. 10 which will fit a 36" - 37" chest. The maker's name of 'Hyde Park Clothiers limited' of Montreal is present as is the 1944 date.

The trousers match the jacket well and were clearly worn together. They also feature markings inside the waistband which state the size as No. 12. The trousers measure 16 3/4" at the waist and have a 32 1/2" inside leg. One of the fly buttons has been replaced with an American made button which ties in well with the Italian Campaign connection as American made items saw widespread issue in that particular theatre of war.

Both pieces are in good condition and display well although there are some moth nips, the worst of which I have included in the pictures. The set is not perfect but certainly very good. Please bear this in mind and study the pictures before purchasing.