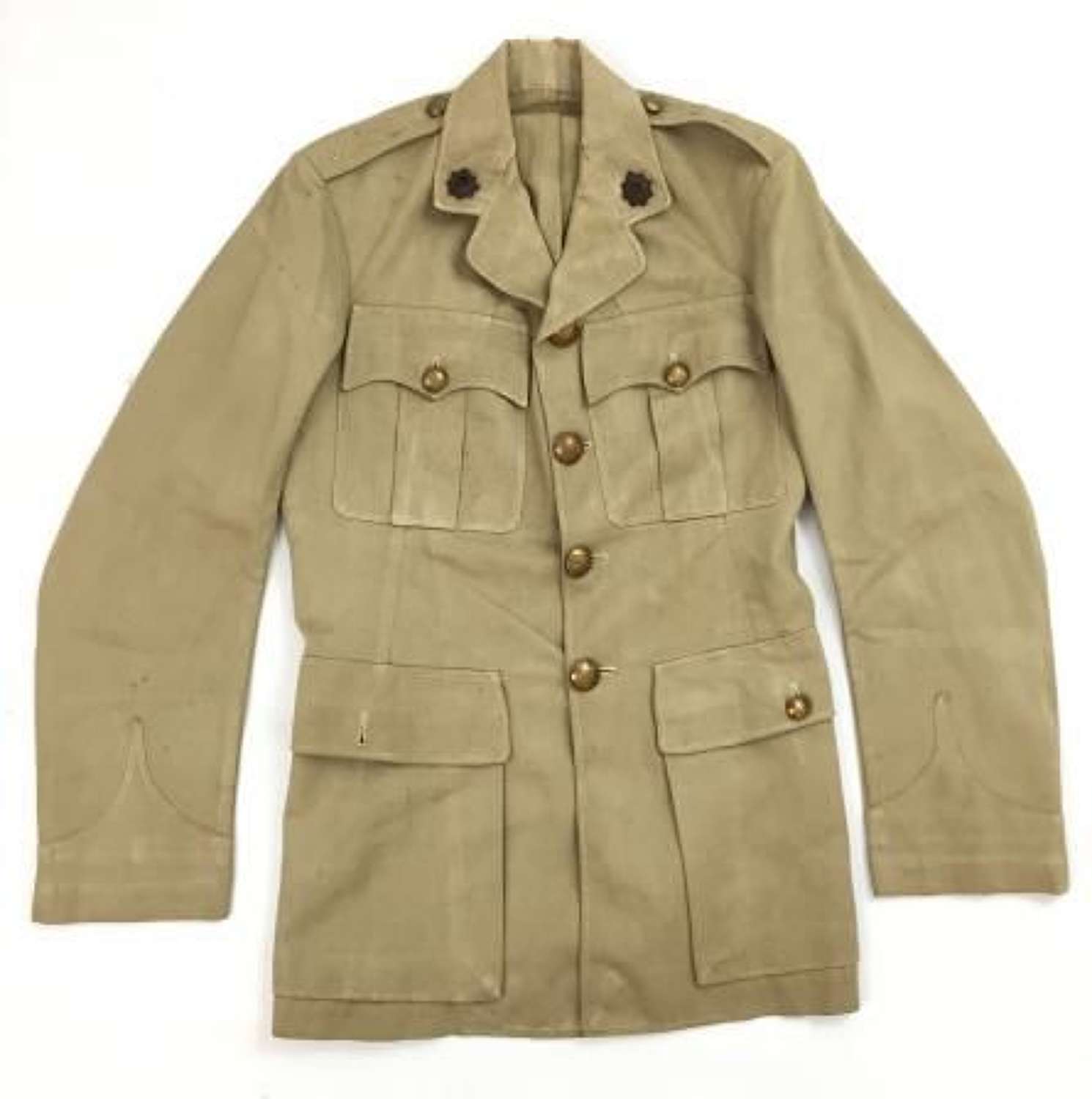 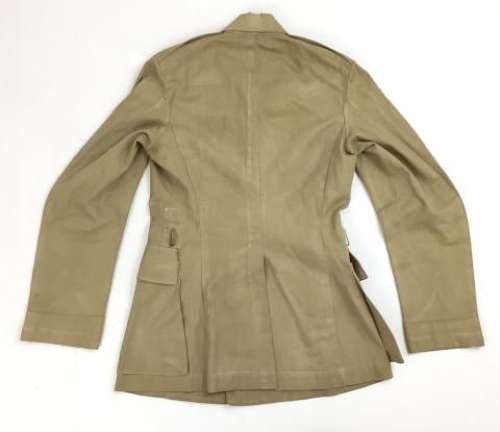 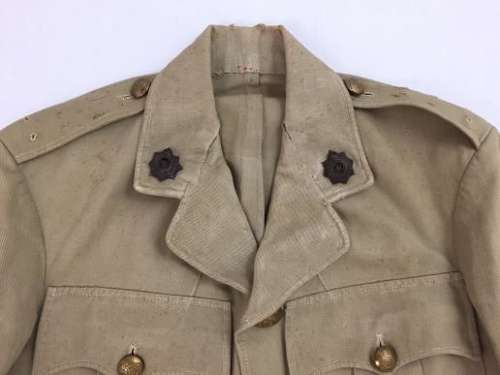 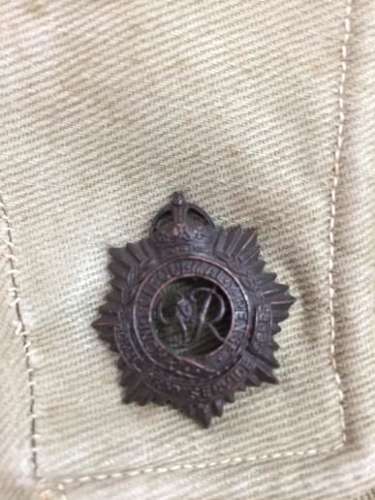 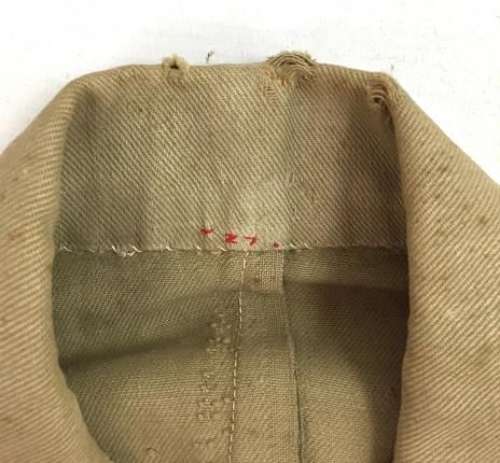 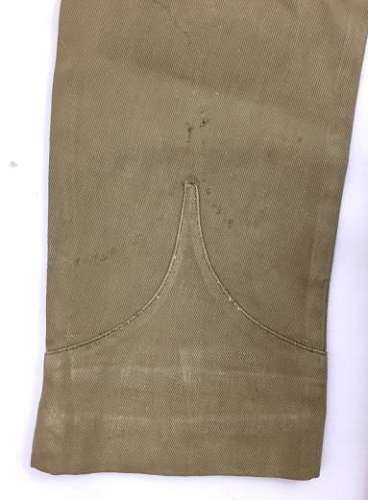 This pattern of tunic was used by officers in the British Army from the Great War through to the early post WW2 period. It is the standard pattern which features a four button front, two pleated chest pockets, two bellows lower pockets, a cavalry cuff and epaulettes. As with most private purchase officers uniform, it is impossible to date this tunic exactly. However it features pre 1953 Kings crown collar badges and buttons and the construction is typical of those made in the 1940s, so it most likely dates from WW2.

The tunic is a smaller size measuring 18 1/2” across the chest, 20” along the inside arm and 16” across the shoulders.

The condition of the tunic is OK for its age but it does shows signs of heavy laundering and there is some wear around the collar which is documented in the pictures. The sleeve also looks to have been lengthened leaving a slight trace of where the cavalry cuff was previously. Again this is shown in the photographs. As well as this one RASC button is missing, although a replacement shouldn’t be hard to acquire.

All in all a reasonable WW2 period tunic with wartime badges and buttons. This would be well suited to both the collector and the re-enactor alike.