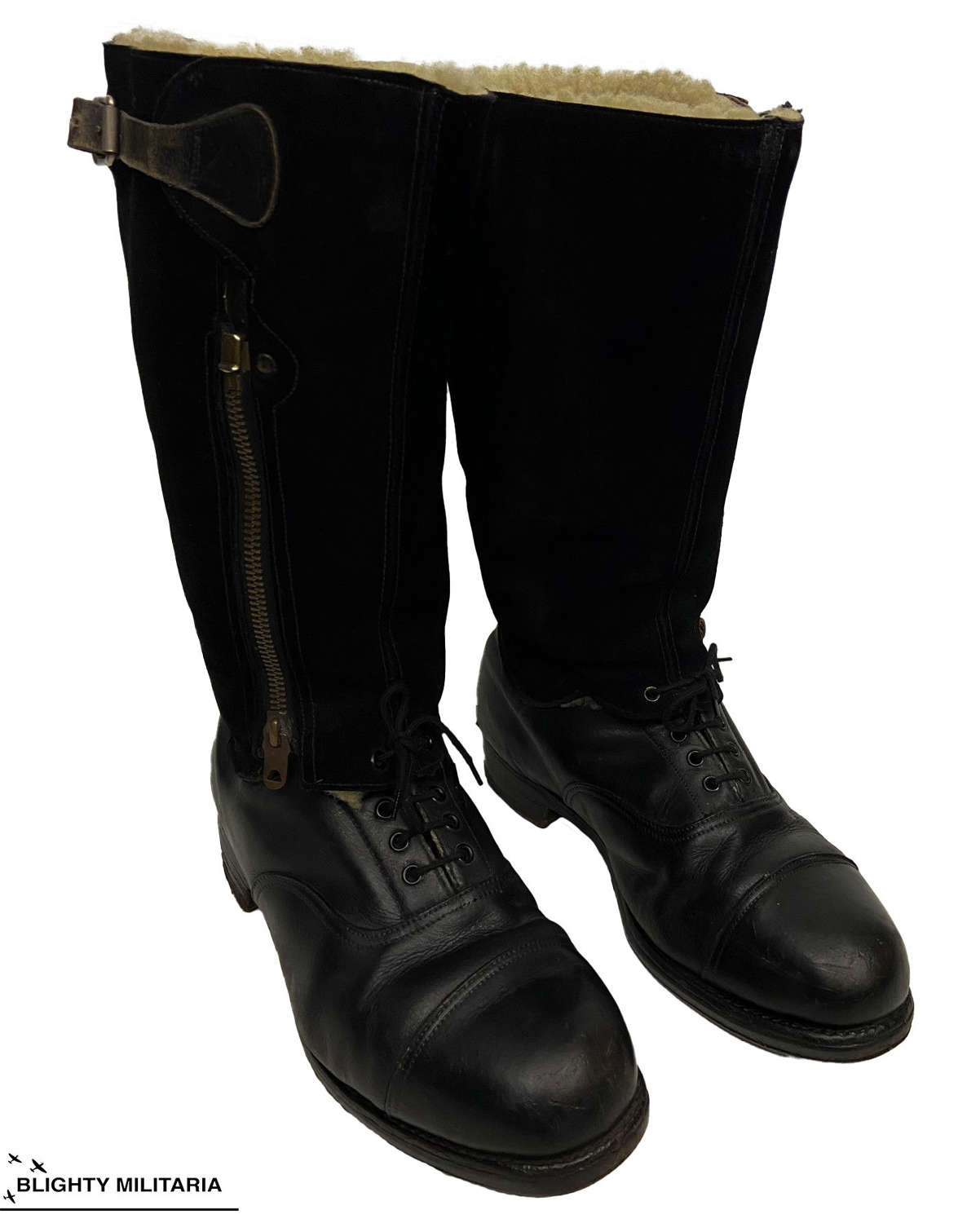 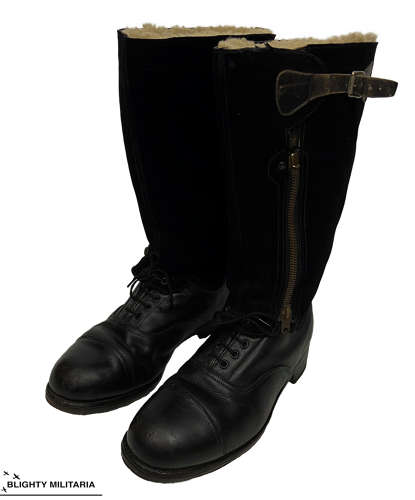 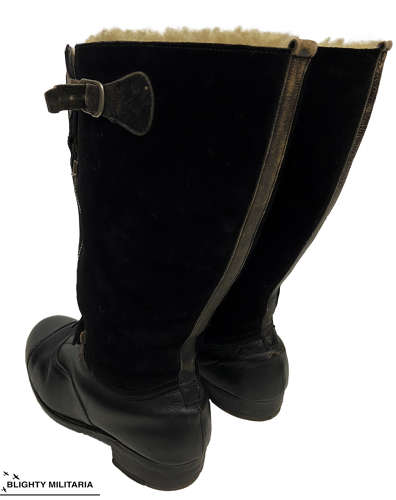 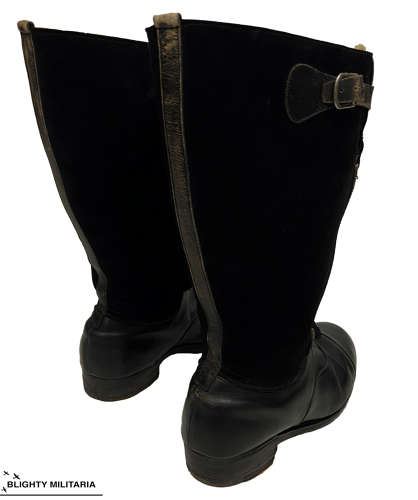 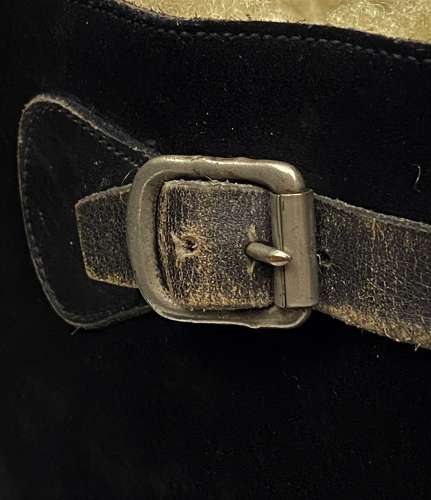 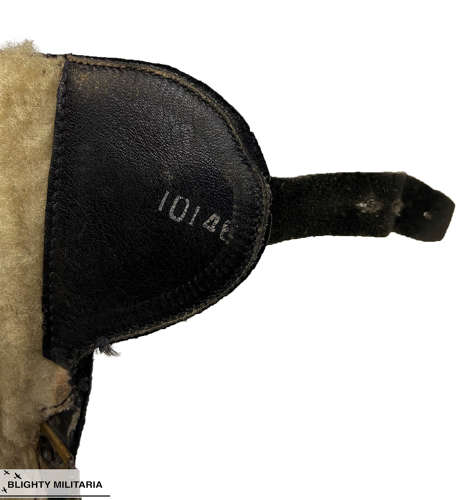 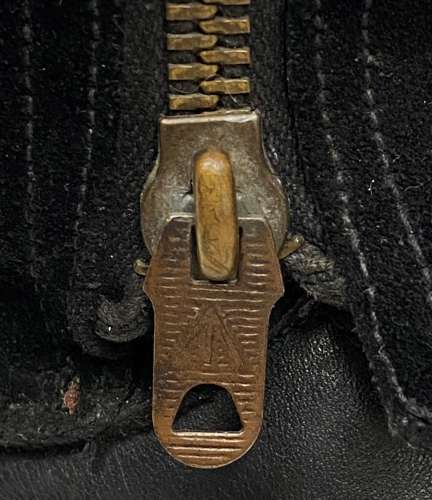 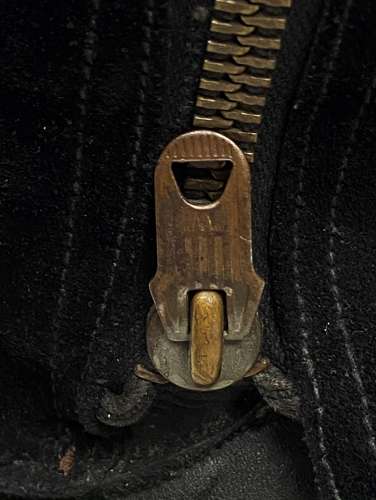 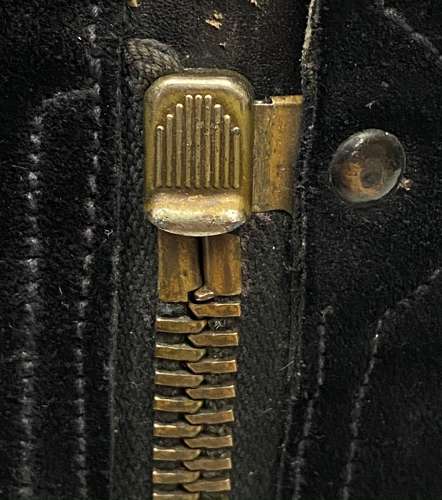 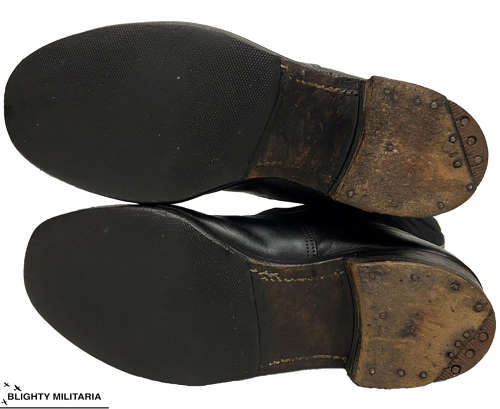 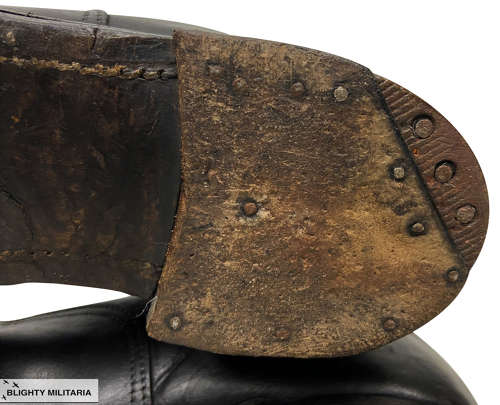 This pattern of boots was introduced in 1943 and saw widespread issue with the RAF. They also saw use with a variety of American flyers serving with the USAAF 8th and 9th Air Forces. They were designed not just for flying but for escape and evasion use as a huge amount of flying was by this stage in the war taking place over occupied Europe. The idea behind the boots was that the suede uppers could be cut off leaving a simple civilian shoe which would arouse less suspicion than a flying boot if worn in occupied territory. The suede uppers could then be zipped together to create a waistcoat and keep the wearer warm.

Both the suede uppers and the shoes are lined with sheepskin for warmth when flying at altitude, giving them a snug feeling when worn. The uppers close with brass zippers which bear the War Department broad arrow to one side and the letter 'W' to the other. The soles and heels are the original and the soles have been fitted with a rubber 'protector' sole as was common practice for leather soles shoes and boots. This is a WW2 modification and NOT a modern addition.

The condition of the boots is fantastic as can be seen in the pictures. The black leather shoes are in excellent condition with a deep shine to them. The suede uppers are equally as clean and the sheepskin lining is also very nice. The soles are good with some signs of wear and both the original zips work as they should.

All in all a very good example of this pattern of boots. These would make an excellent addition to any aviation collection!