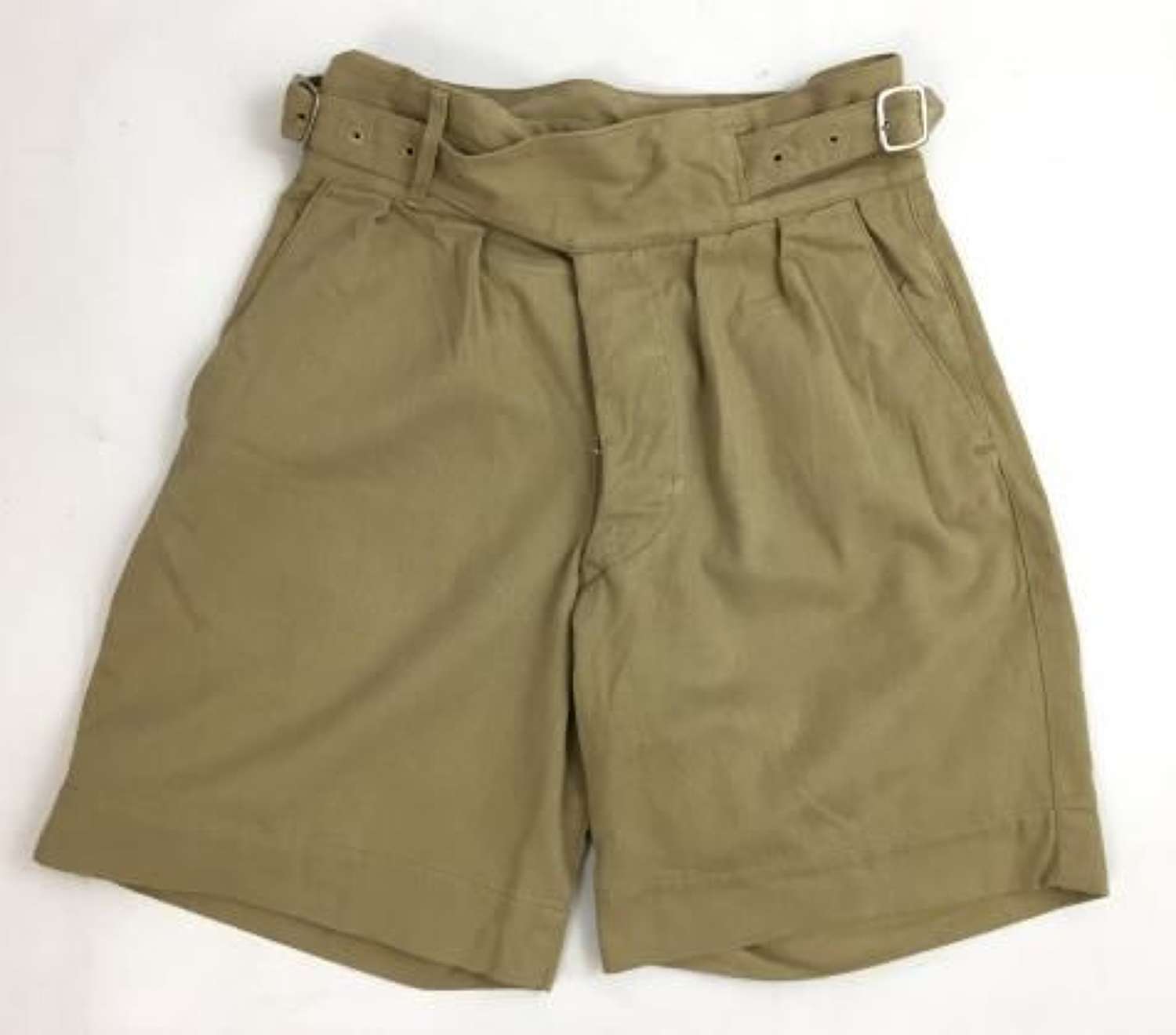 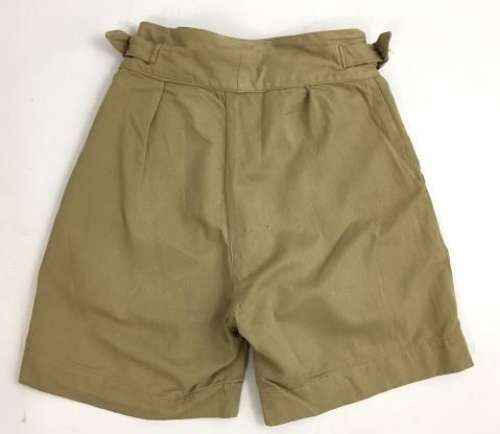 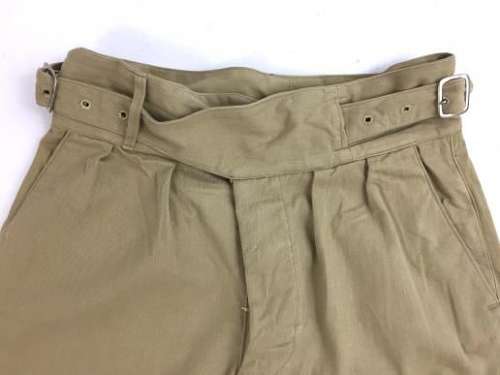 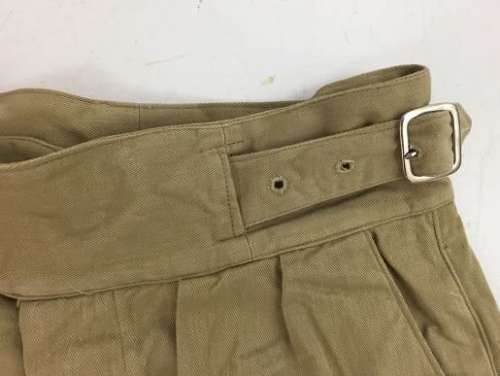 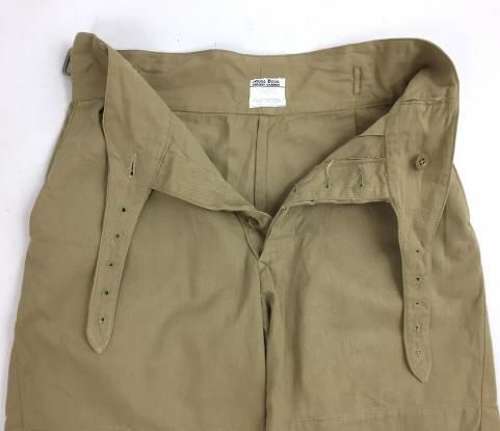 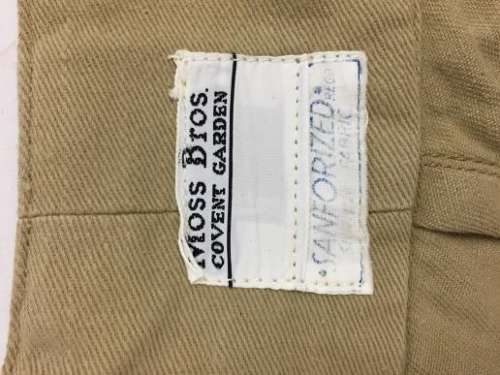 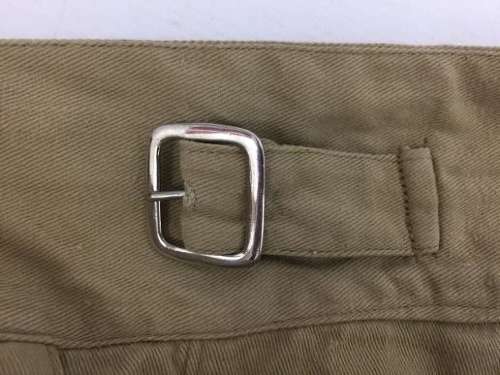 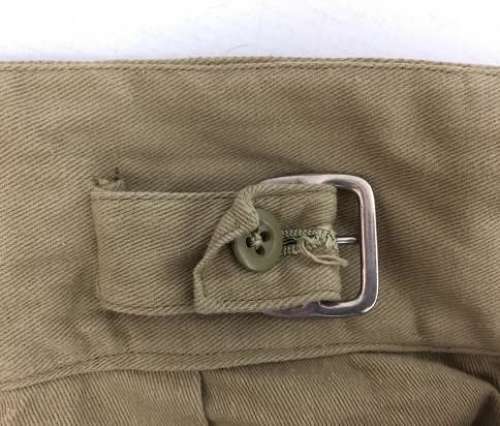 SOLD
An original pair of private purchase shorts dating from the Second World War and made by 'Moss Bros'.

These shorts came with a number of other items which were all war dated and named to the same man, meaning they are almost certainly wartime. This pattern is often associated with the post-war 1950 pattern uniform but did see use during WW2, particularly with the RAF.

Inside the shorts feature a white makers label which states 'Moss Bros, Covent Garden' to the top and 'Sanforized Regd Shrunk Fabric' below. The label is typical of the era.

The shorts are a smaller size measuring at a 29" waist. The belt closure does mean this is slightly adjustable.

As can be seen in the pictures, the shorts are in good condition and display well. One fly button is missing but this is easily replaced.

All in all a very nice pair of WW2 private purchase shorts in good usable condition.