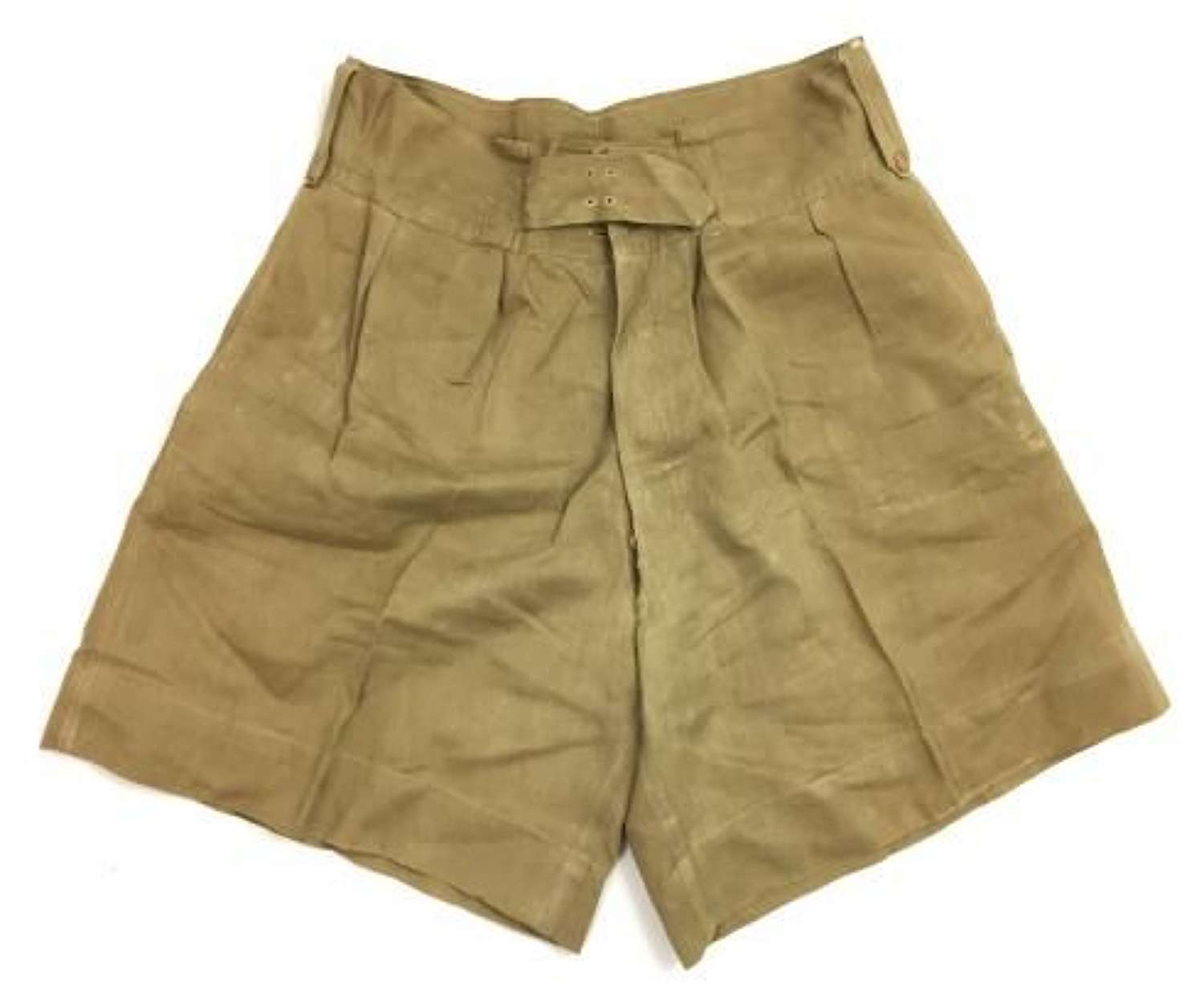 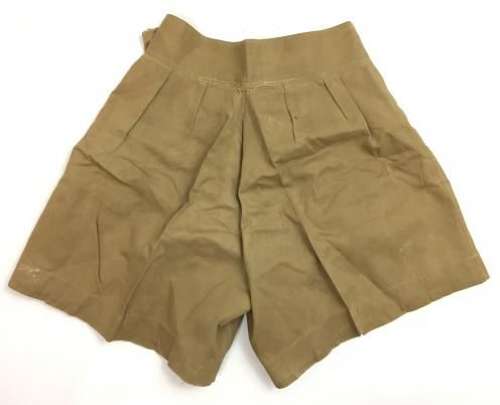 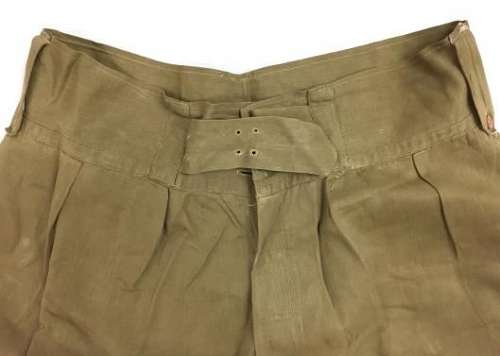 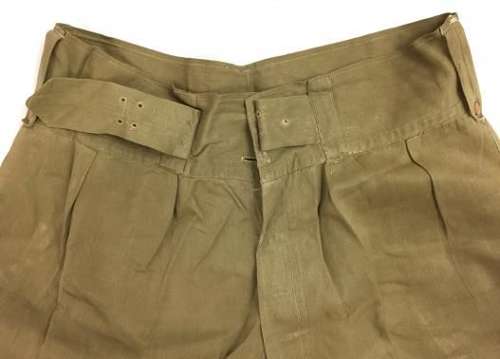 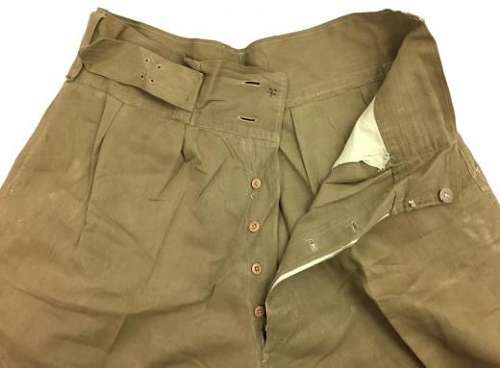 Judging by the stitching I would say these shorts, like the majority of khaki drill, are Indian made. The British Army, RAF and Royal Navy were all issued with Indian made items such as this in both the Middle and Far East.

This particular pair of shorts are made from the usual Khaki Drill material and feature a double pleated front, slash pockets to the hips and belt loops. The closure of the shorts is an interesting belt with removable buckle arrangement. The buckle originally fitted would appear to be a two-pronged example like those more on tunics, judging by the positioning of the holes.

The shorts are a good larger size measuring at 18 1/2" across the waist when laid flat. This means they should be a good fit on someone with a waist of around 36".

The condition of the shorts is good as can be seen in the photographs. They have been worn and laundered but overall they display nicely.

A nice pair of original WW2 era shorts in a good wearable size which would suit both the collector and re-enactor well.