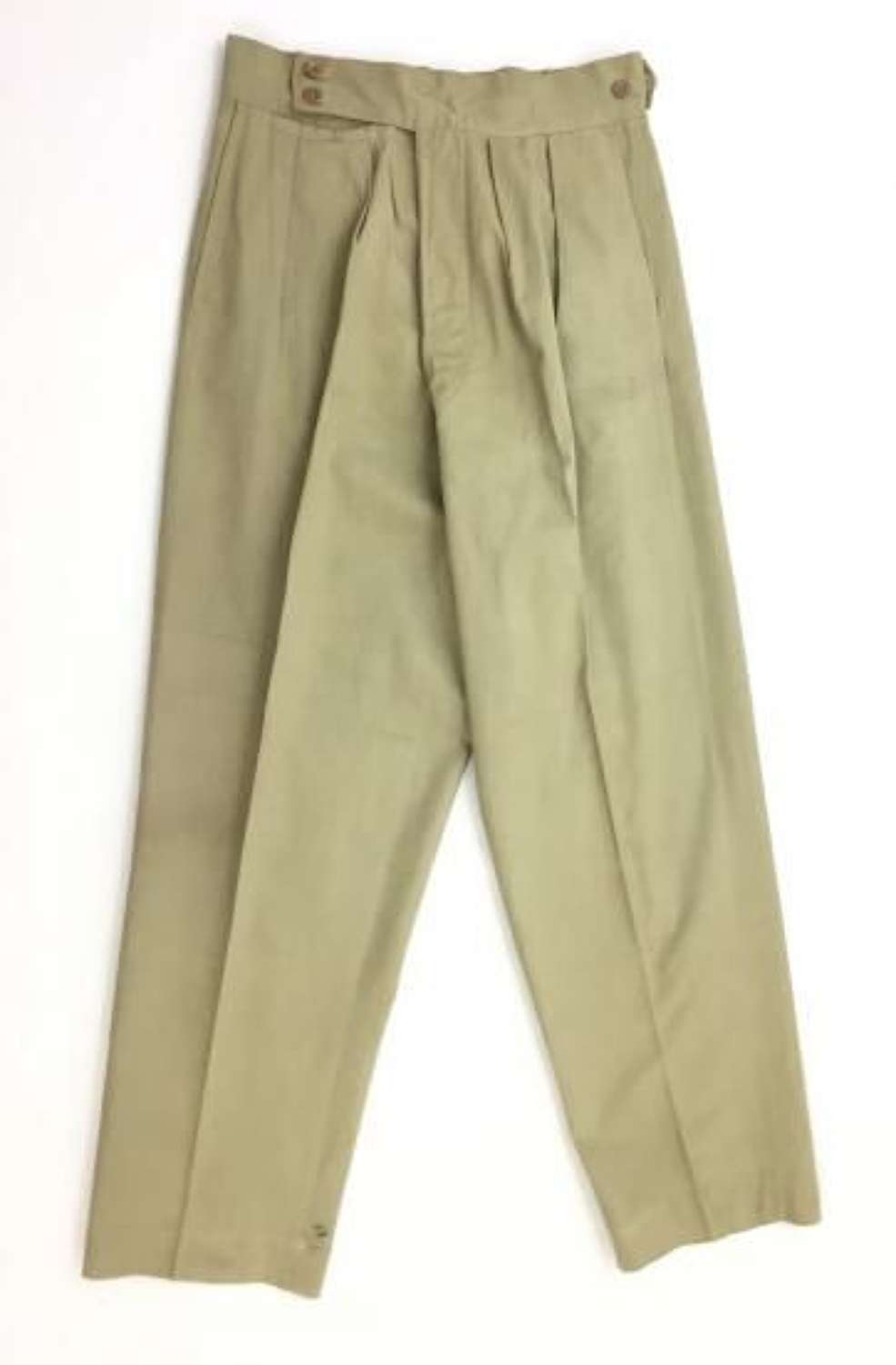 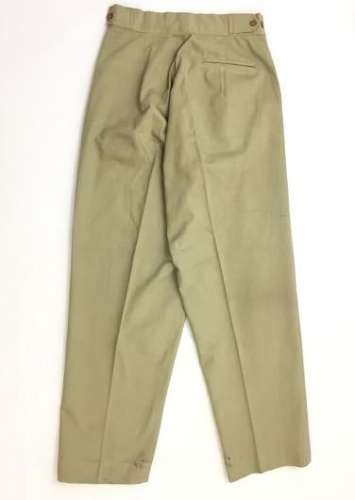 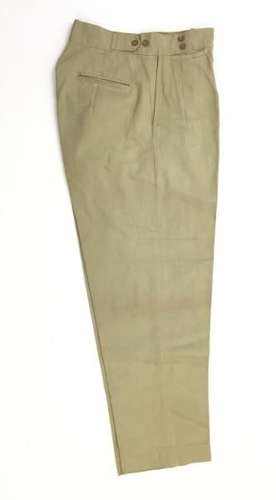 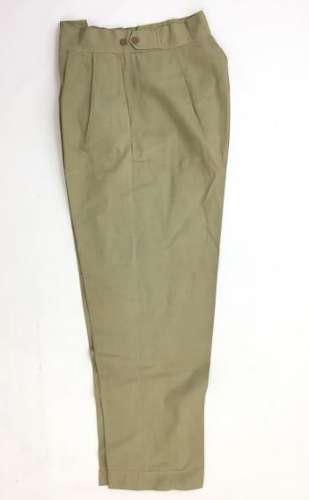 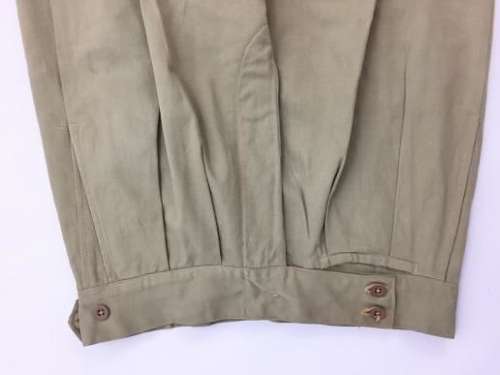 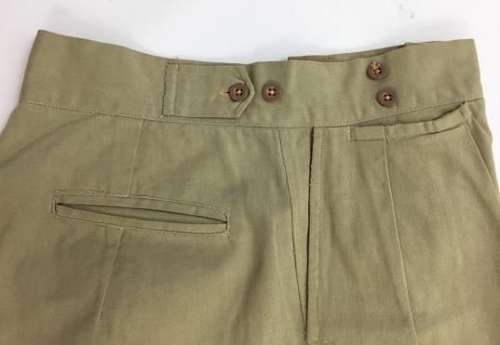 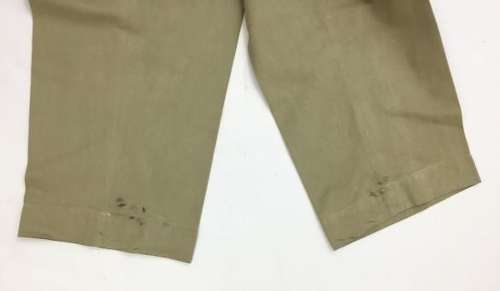 SOLD
An original pair of World War Two era British Army Khaki Drill trousers as worn throughout the conflict in both the Middle and Far eastern campaigns.

These trousers are typical of those worn in WW2 by the British Army, RAF and Royal Navy and features a wide leg, as was fashionable at the time; two slash pockets to each hip, buttoning side adjusters, a single rear pocket and interestingly a ticket pocket. This last feature leads me to believe that these were privately made for an Officer.

This construction of the trousers looks indian as is often the case with KD items. All the stitching is typical of Indian made items and all the button holes are hand sewn. There is a finer quality to the work on these trousers than is usual on Indian made item so I think they would have been be tailor made rather than off-the-peg.

As with many Khaki Drill items, these trousers are impossible to date exactly as they have no label, date or markers mark. They are however typical of World War Two manufacture and could certainly have been made in the conflict.

The trousers are in solid wearable condition and don’t appear to have had much use. Aside from a couple of marks to the lower legs (pictured) they are in very nice condition. The waist measures at 30”