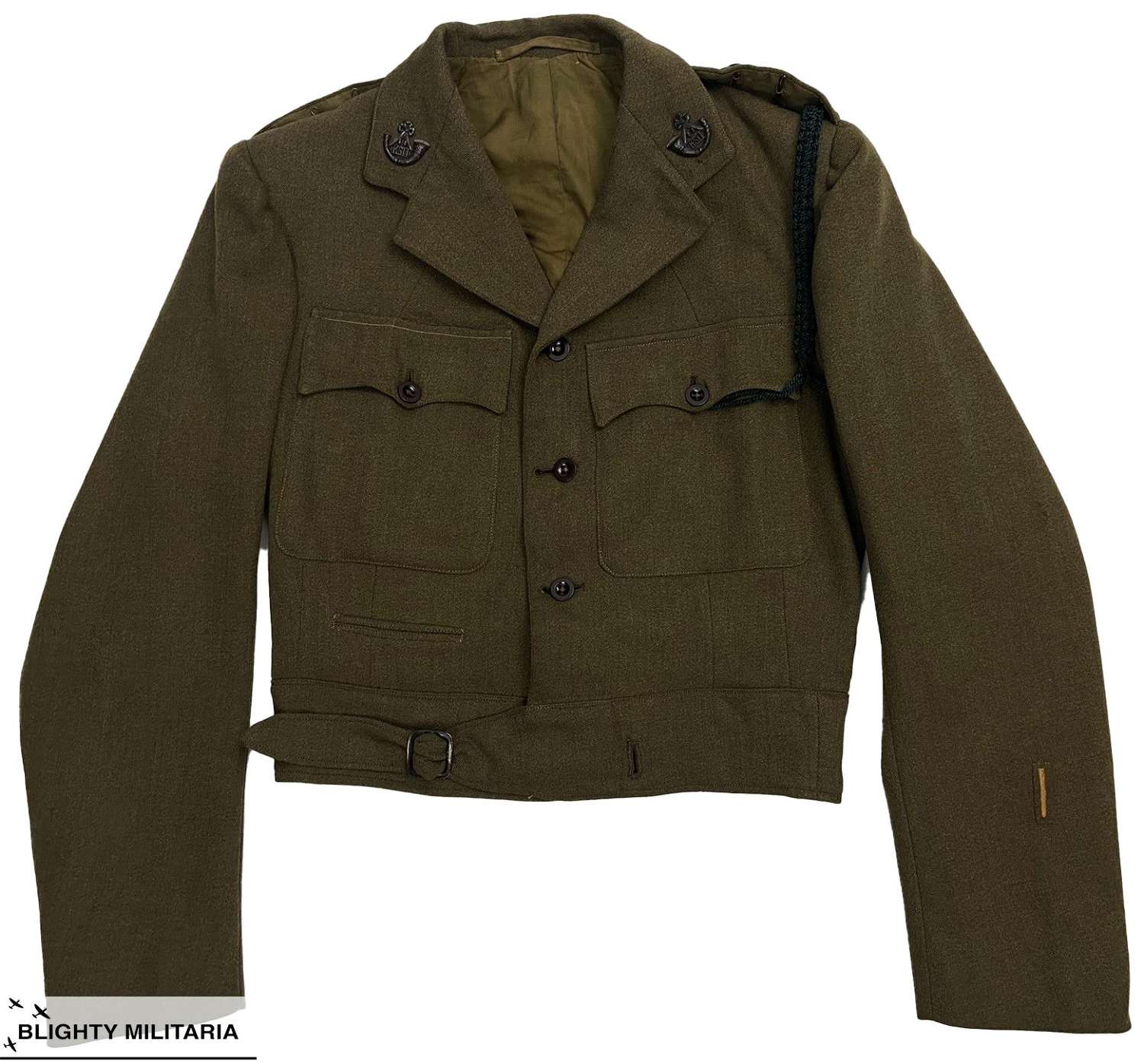 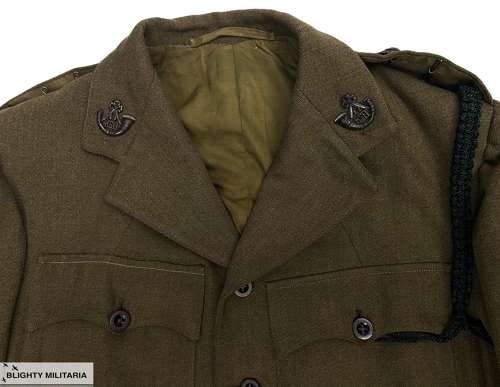 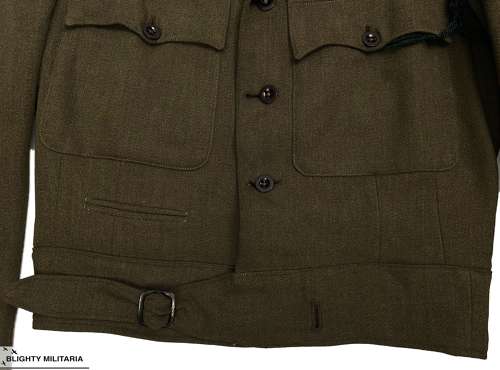 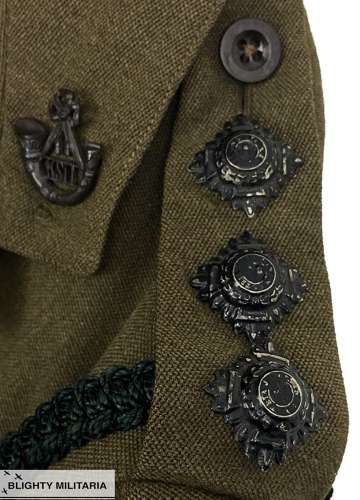 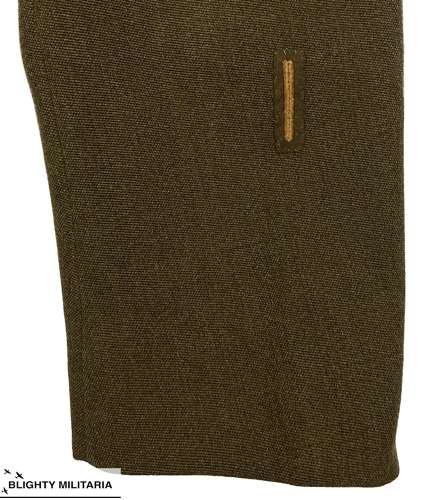 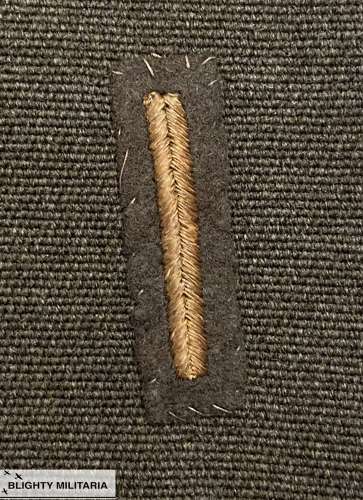 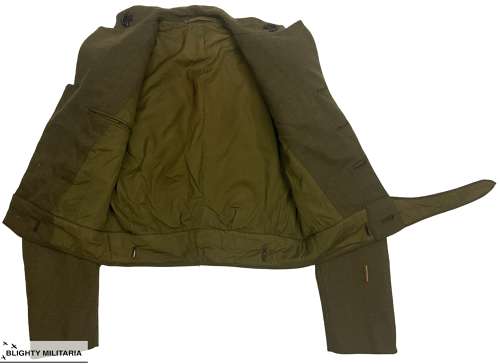 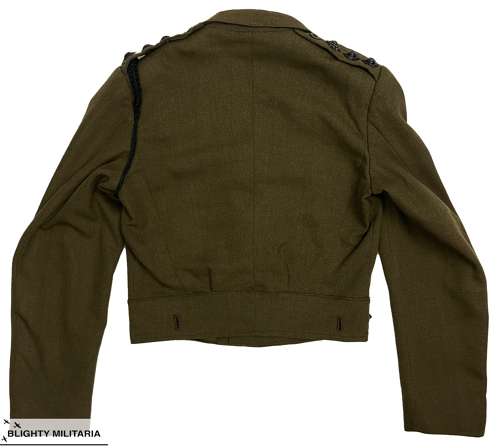 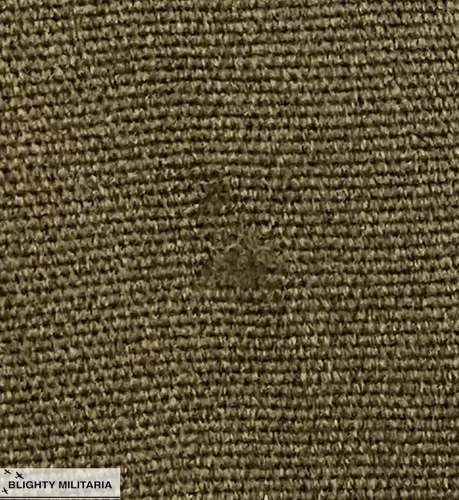 A truly fantastic jacket which belonged to a Captain of the King's Shropshire Light Infantry which dates from the Second World War.

This jacket started life as a standard British Army officer's four pocket service dress tunic. It has been cut down into a blouson battledress style jacket in the same way the American officer's had their tunics shortened. It is very rare to find a British tunic tailored in this way, making it a real stand-out piece. It is most likely that the jacket is a war time example as it has plain patch pockets as found on the wartime austerity pattern SD tunics which were only produced during the war. The lack of medal ribbons, along with the rank would also suggest that the jacket was not worn after the end of hostilities in 1945.

The tunic is made from the standard khaki green coloured barathea wool and still features the ticket pocket which would have originally been covered by the waist belt before the tunic was modified. The buttons have been changed for chocolate brown coloured vegetable ivory (plastic) examples as were used on early production austerity pattern battledress. a waist band and waist belt have been added and fastens with a civilian metal buckle. The jacket retains its original King's Shropshire Light Infantry officer's collar badges, rank stars and rifle green lanyard to the left shoulder. A wound stripe has also been added to the lower portion of the left sleeve which is an excellent detail.

The jacket features a full lining to the interior as well as an internal pocket. Sadly there is no label in this so the original owner is unknown.

The jacket is in good condition and it displays very well. It was most likely worn as a 'best' jacket so was well looked after and only shows limited signs of wear and age. There is a small defect to the rear as shown in picture 10. Please study the pictures before purchasing as this is a vintage, pre-worn item.

A really incredible piece of WW2 British uniform which would be hard to match in many respects!