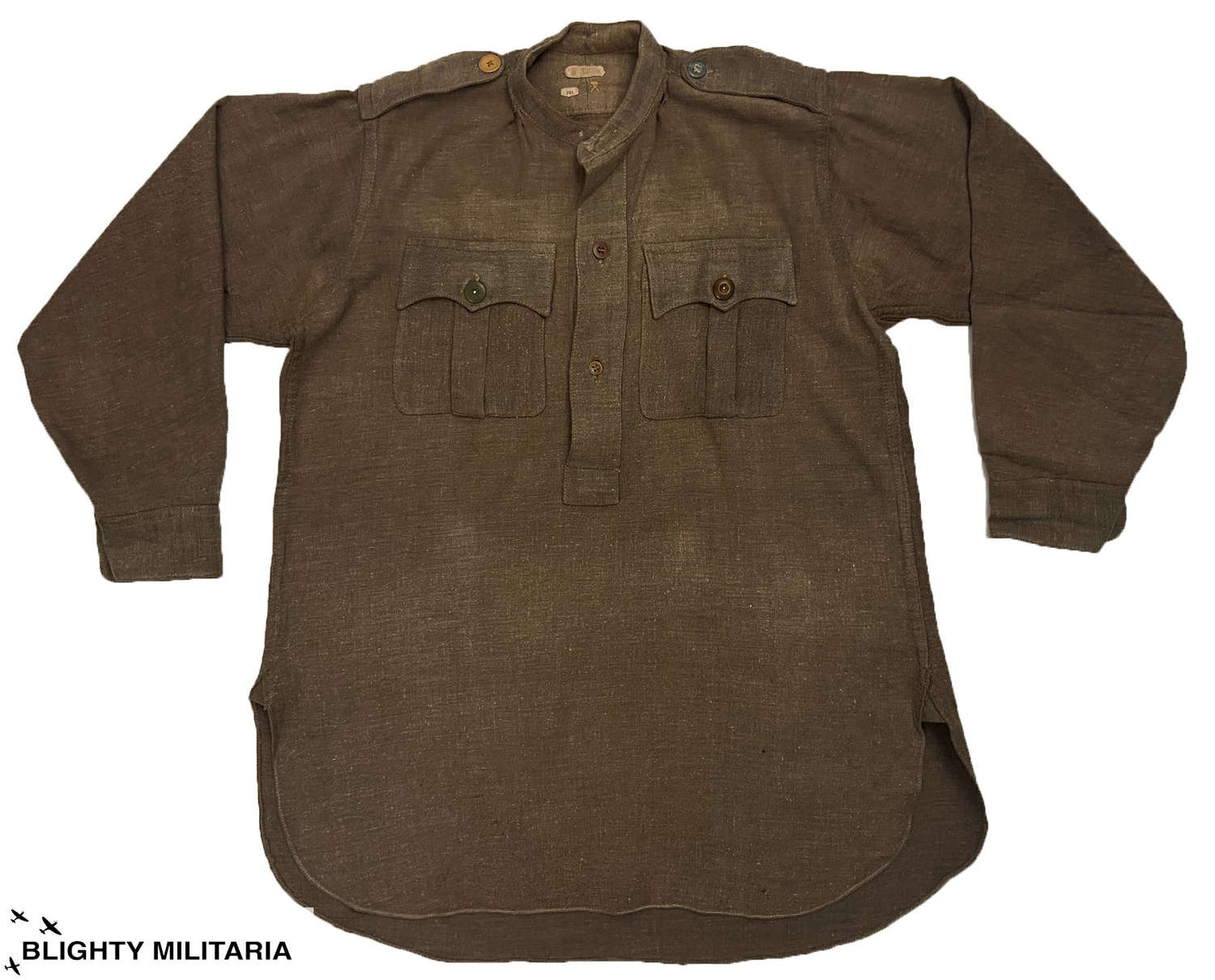 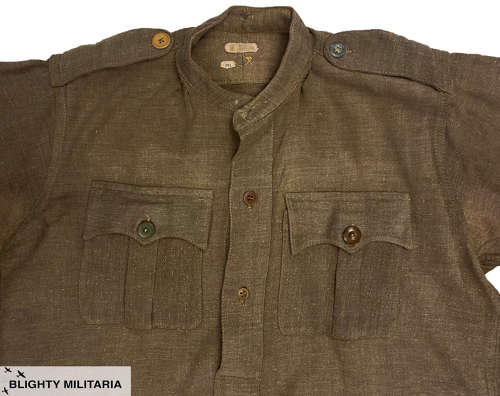 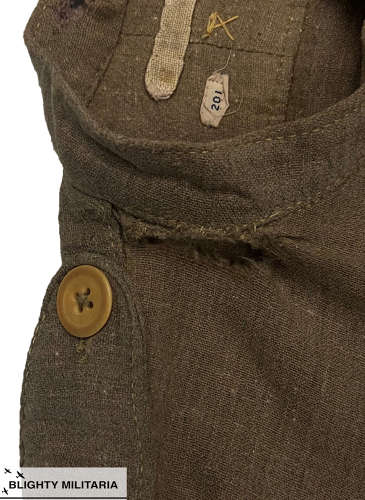 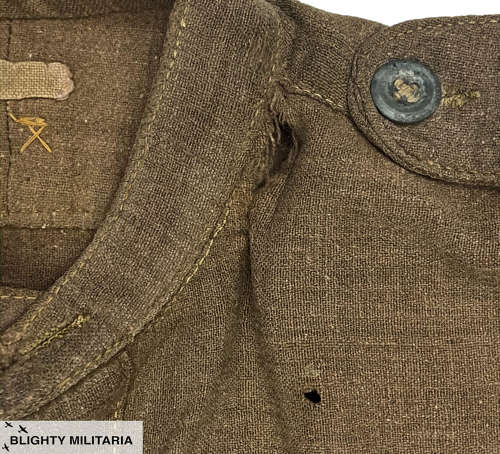 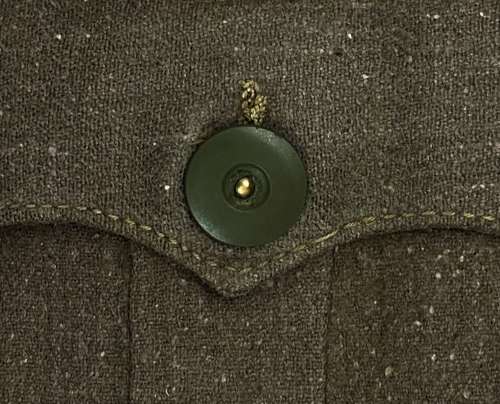 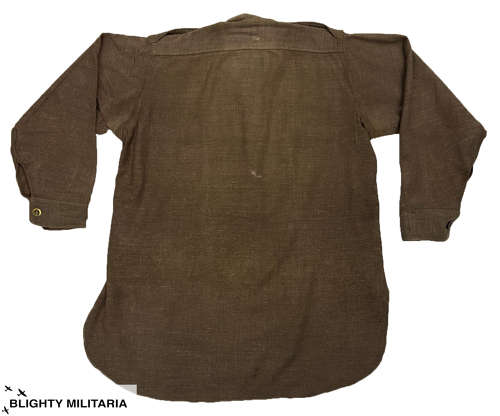 This pattern of shirt was produced in India and worn in the Far East by officers of the British Army. It is made from a coarse, grey-green coloured wool and features a neckband collar, epaulettes and patch pockets with scalloped pocket flaps. The shirt is of half-placket design as was common with British shirts until the 1950s when full button front shirts became popular. Some of the original Indian pattern zinc metal buttons although these were notorious for falling off and have been replaced.

The shirt is a smaller size which will fit a 36" chest. When laid flat it measures -

The shirt is in well worn condition. There are signs of wear and use, repairs and damage around the collar. Please study the pictures carefully before purchasing to satisfy yourself of the condition.

Whilst in poor condition this is an original WW2 Indian pattern officers shirt which has some great details and has clearly been there'!