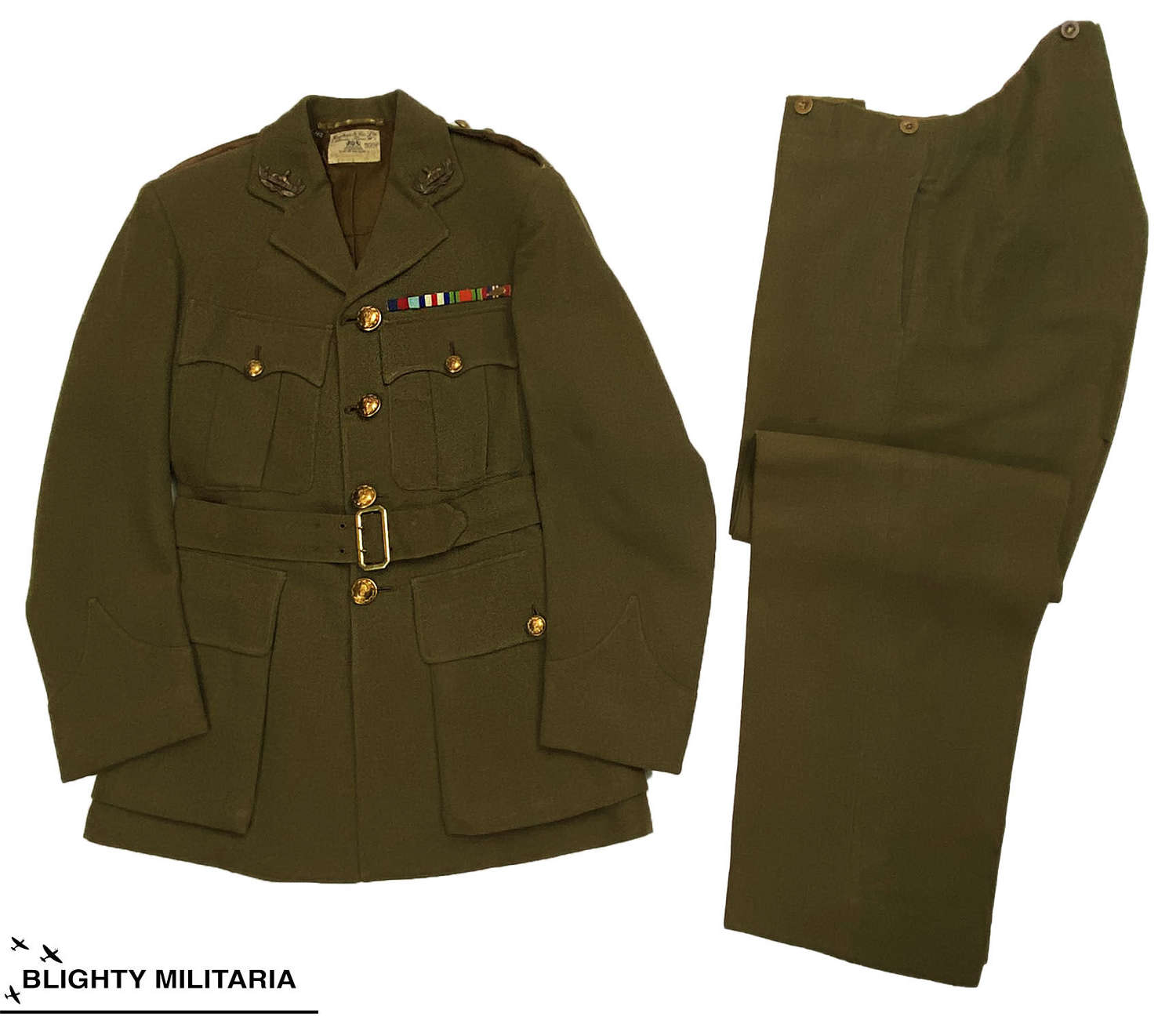 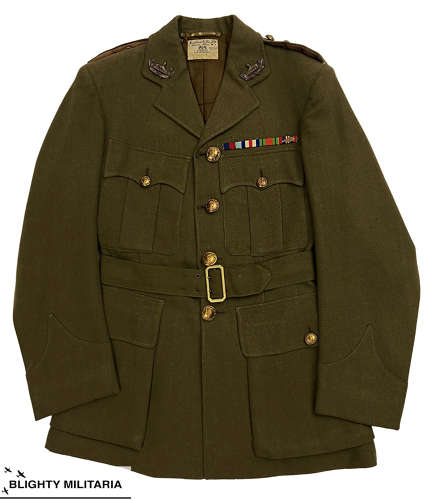 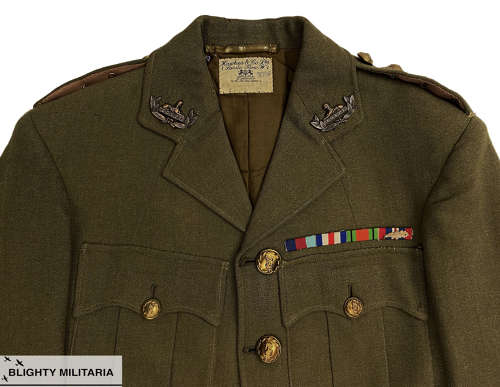 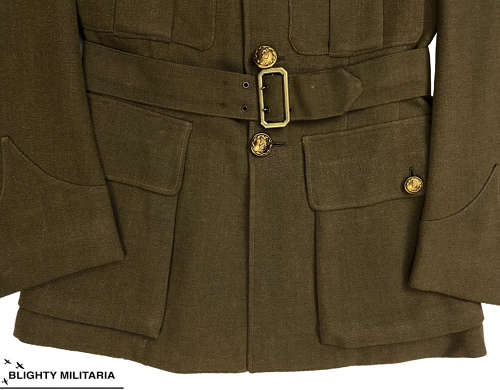 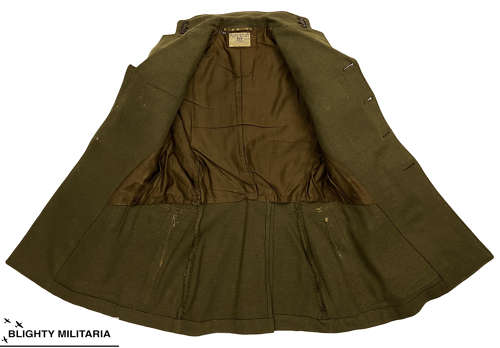 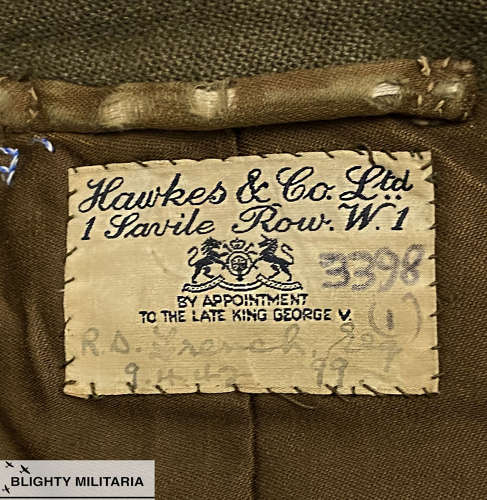 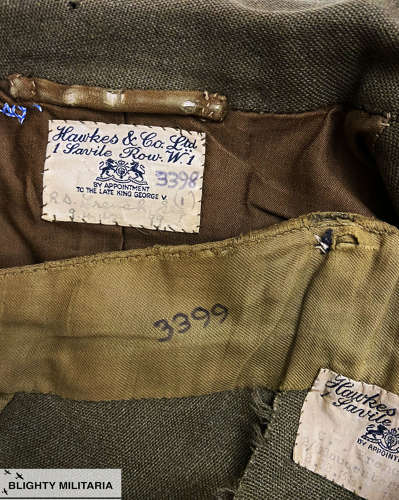 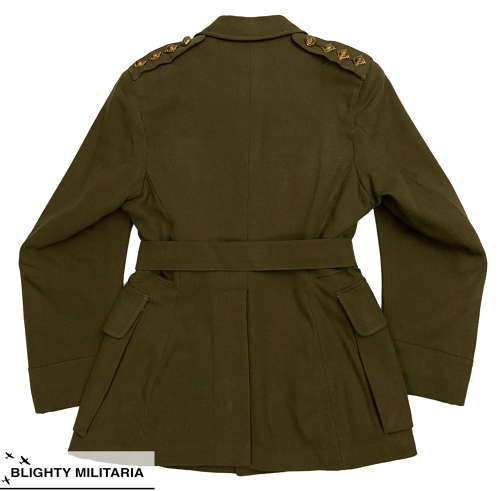 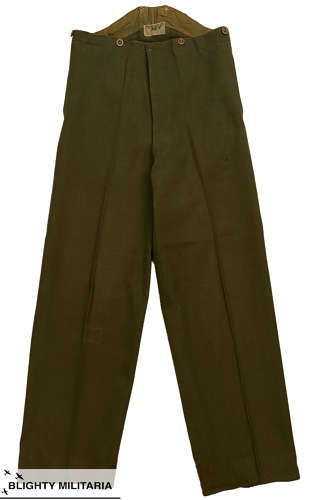 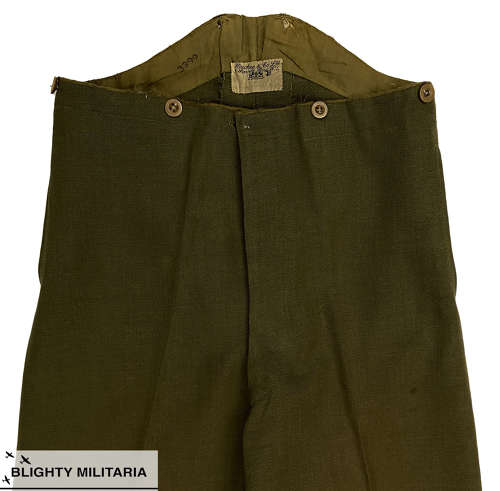 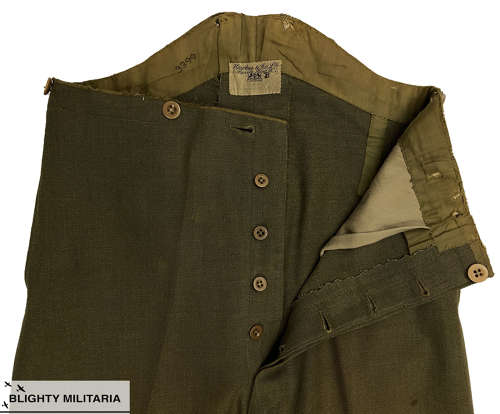 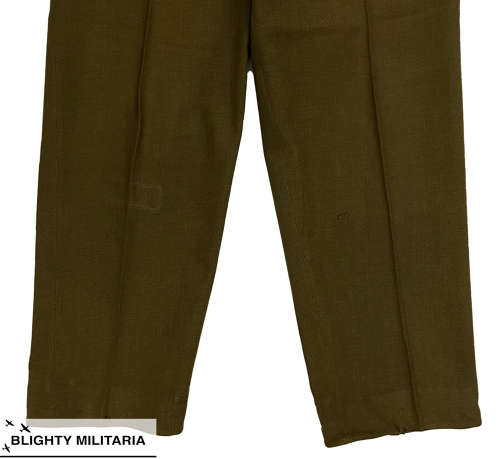 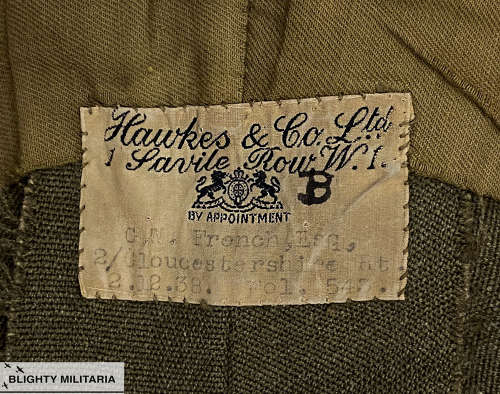 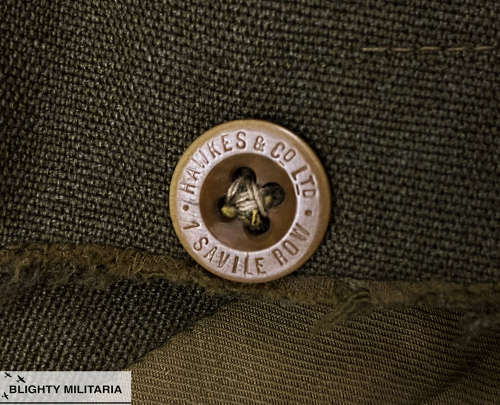 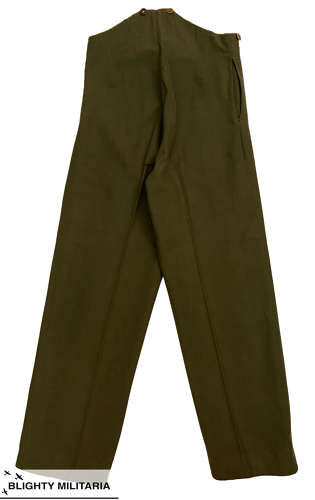 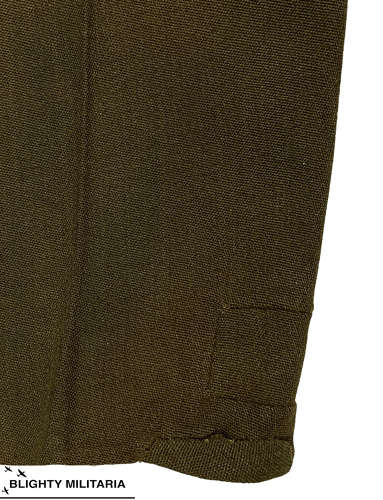 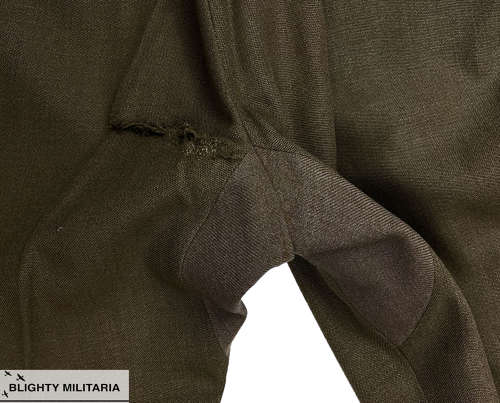 An interesting original British Army officer's service dress suit which belonged to two brothers who both fought with the 2nd Battalion Gloucestershire Regiment during WW2.

The suit was made on two separate occasions by 'Hawkes & Co' of Savile Row. The jacket was made for R D French who fought with the Glosters in North West Europe following the D-Day Landings. He was wounded in early to mid August 1944 whilst a captain, most likely in the heavy fighting around Thury-Harcourt whilst attached to 56th Infantry Brigade. The trousers were made for his brother, G W French who was killed fighting with the same battalion at Cassel in 1940. He is buried in the cemetery at Cassel and his actions are well known to myself and others interested in the fighting which took place there. The trousers were most likely a hand-me-down and paired with the tunic by the younger brother in the spirit of austerity and make-do-and-mend.

The jacket is a standard example and is fitted with Gloucestershire regiment bronze collar badges as well as three brass rank stars to each shoulder. Medal ribbons are fitted above the left breast pocket including the France and Germany Star. It is also evident that the owner was mentioned in dispatches which may offer the possibility of further research. Inside the tunic the original label is present and bears the maker's name of 'Hawkes & C0' along with a Royal appointment. The owner's name is marked in ink as is the date of the 9th of April 1942.

The trousers are again typical of the period and a close match to the jacket.The cut is typically pre-war with a large fishtail rise along with the usual button fly and slash pockets. A very similar label is present to the interior and bears the owners name along with the date of 2nd December 1942.

The set is in good condition and displays well but does have plenty of signs of wear and use. The trousers were clearly worn for many years and have had professional repairs and patches added over time. This is illustrated in the pictures towards the bottom of the leg and also a very neat panel fitted to the seat. Overall it is in sound condition but please study the pictures before purchasing.

A very interesting original set with some excellent history which offers the possibility of further research.