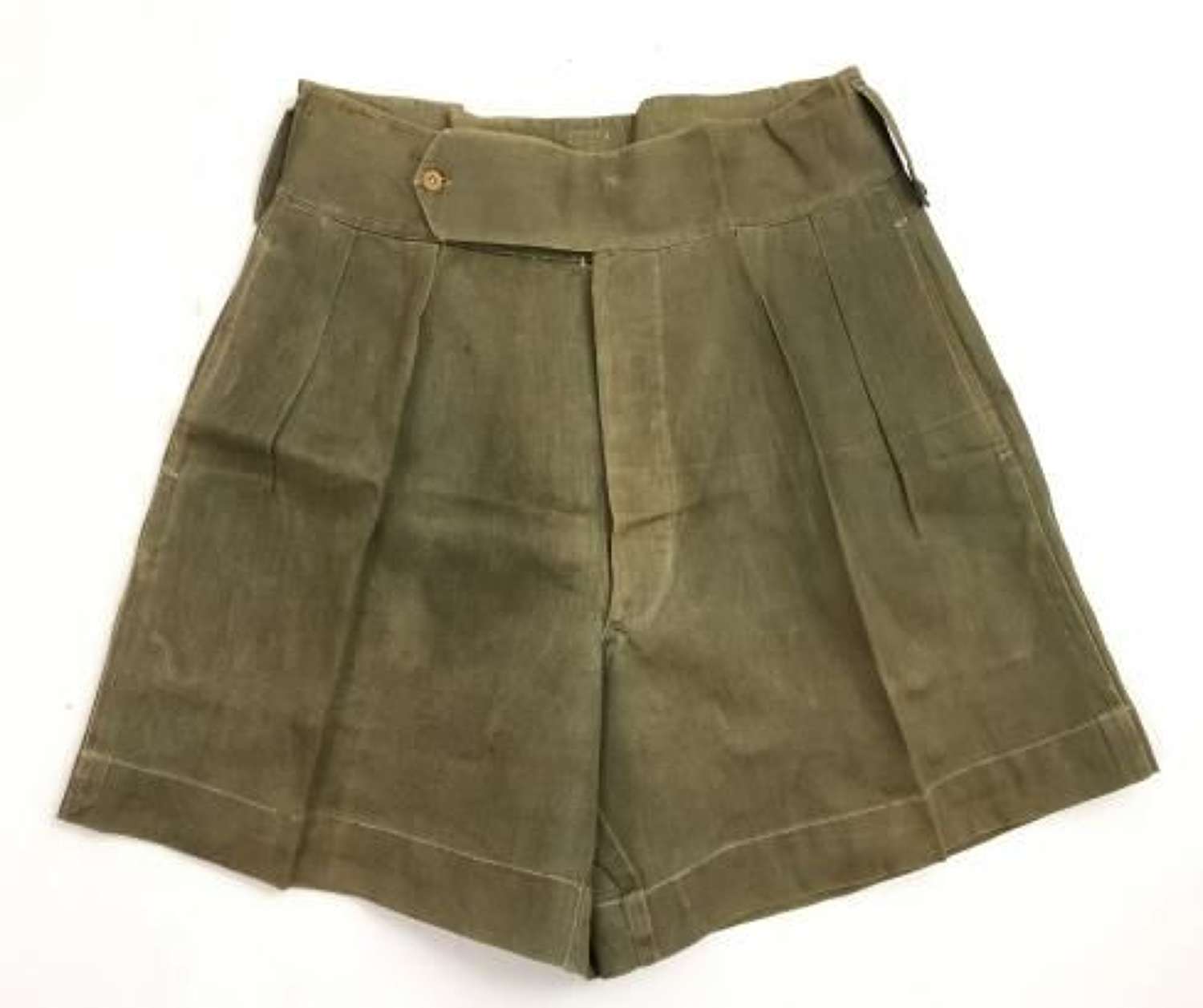 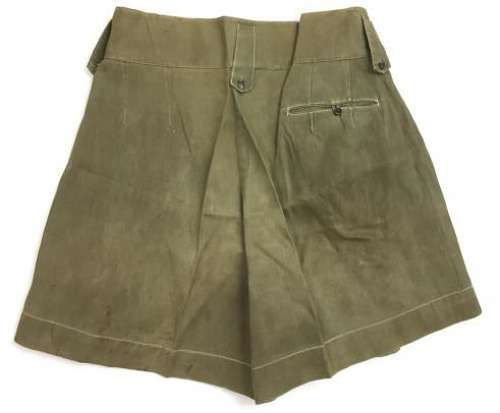 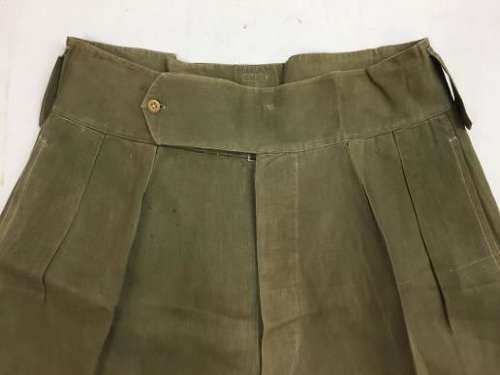 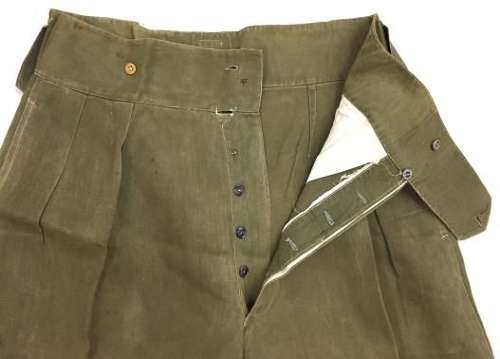 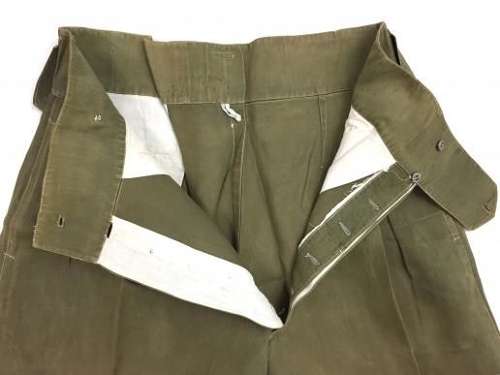 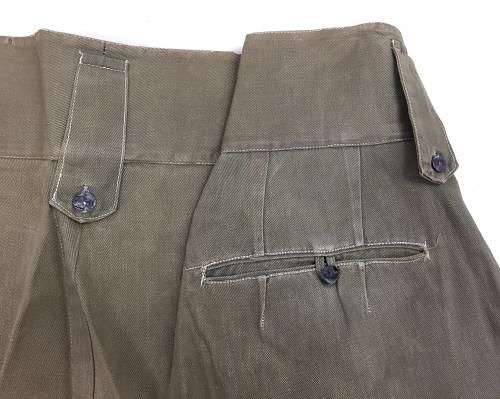 These particular shorts are typical of those made in India during the second world war. Both the material and construction are standard for the period and the stitching is clearly Indian. The shorts feature two slash pockets to each hip, a button fly and belt loops.

The condition of the shorts is good as can be seen in the photographs. They have been worn and laundered but generally speaking display well.