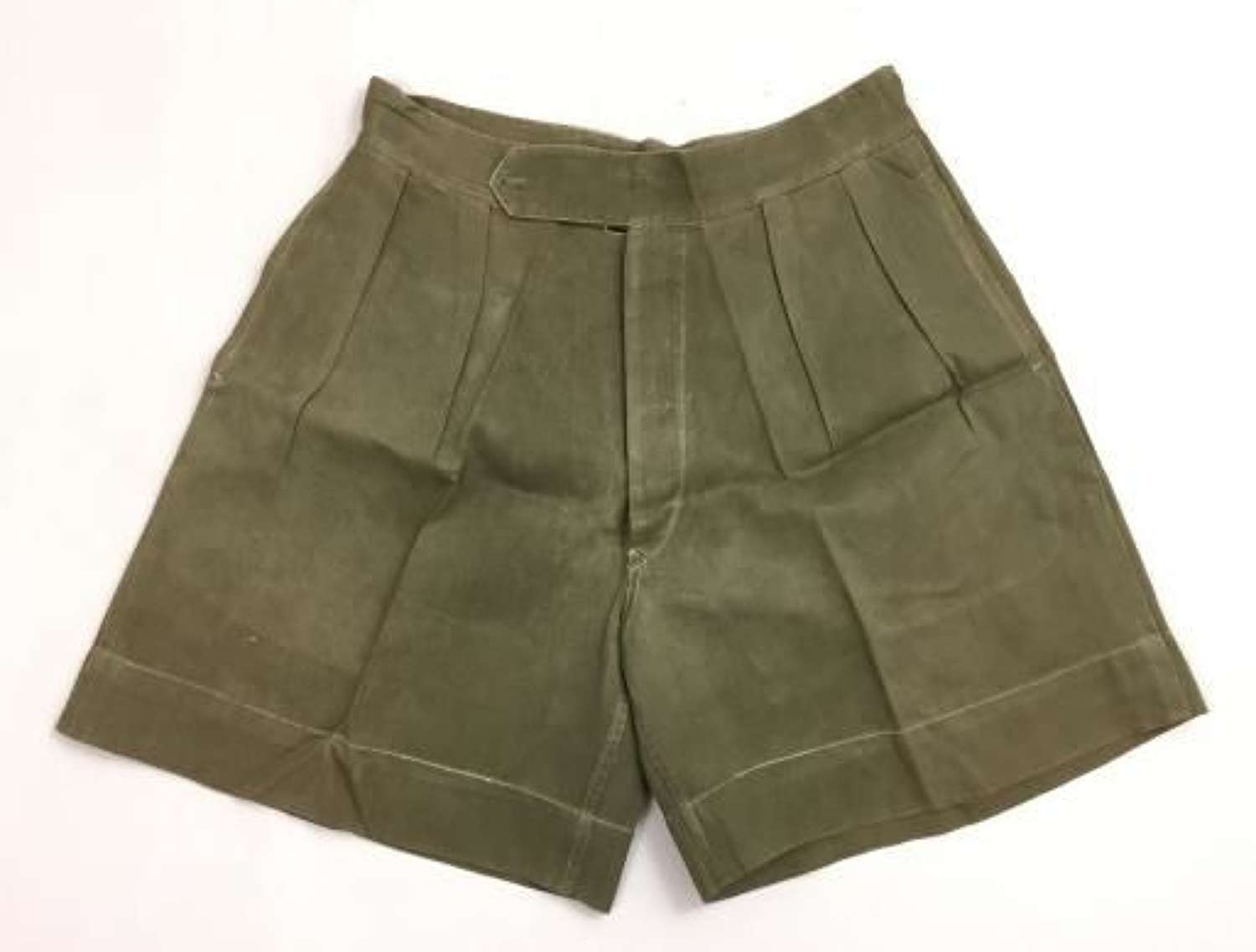 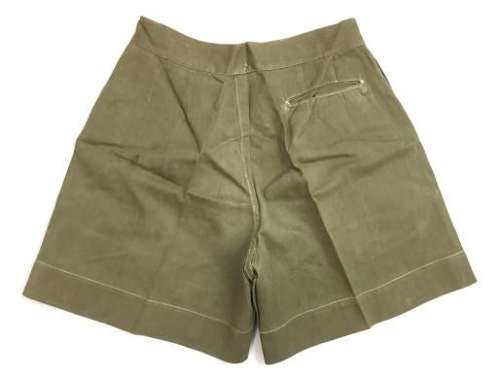 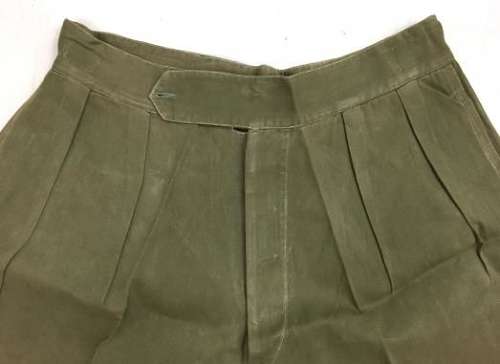 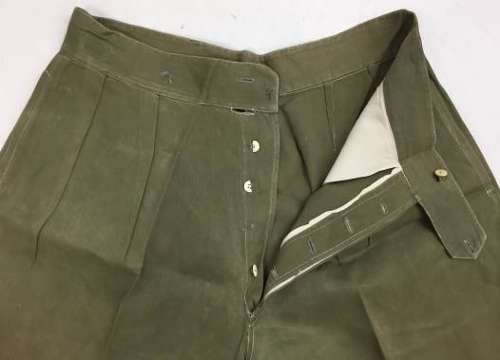 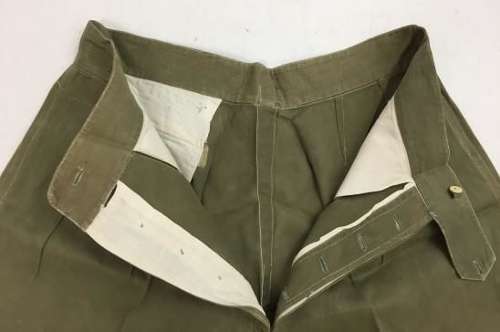 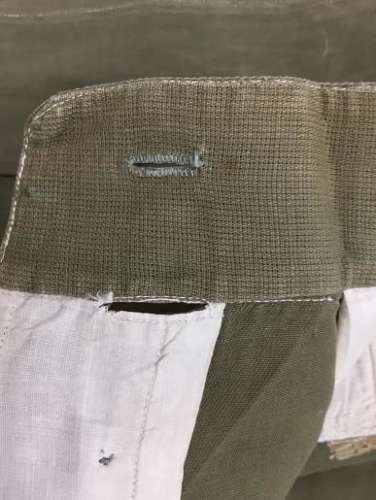 These particular shorts are typical of those made in India during the second world war. Both the material and construction are standard for the period and the stitching is clearly Indian. The shorts feature two slash pockets to each hip, a button fly and a single rear pocket. All the button holes are hand stitched as is usually the case with Indian made items.

The shorts are a good larger size making them ideal for somebody interested in Re-enacting. When laid flat they measure at 17" across the waist, so should be a good fit for someone with around a 34" waist.

The condition of the shorts is good as can be seen in the photographs. They have been worn and laundered but generally speaking display well. The only flaw I can find is that a couple of the buttons are broken or missing. Indian made buttons are often fragile and don't survive the course of time. This has however been reflected in the price.