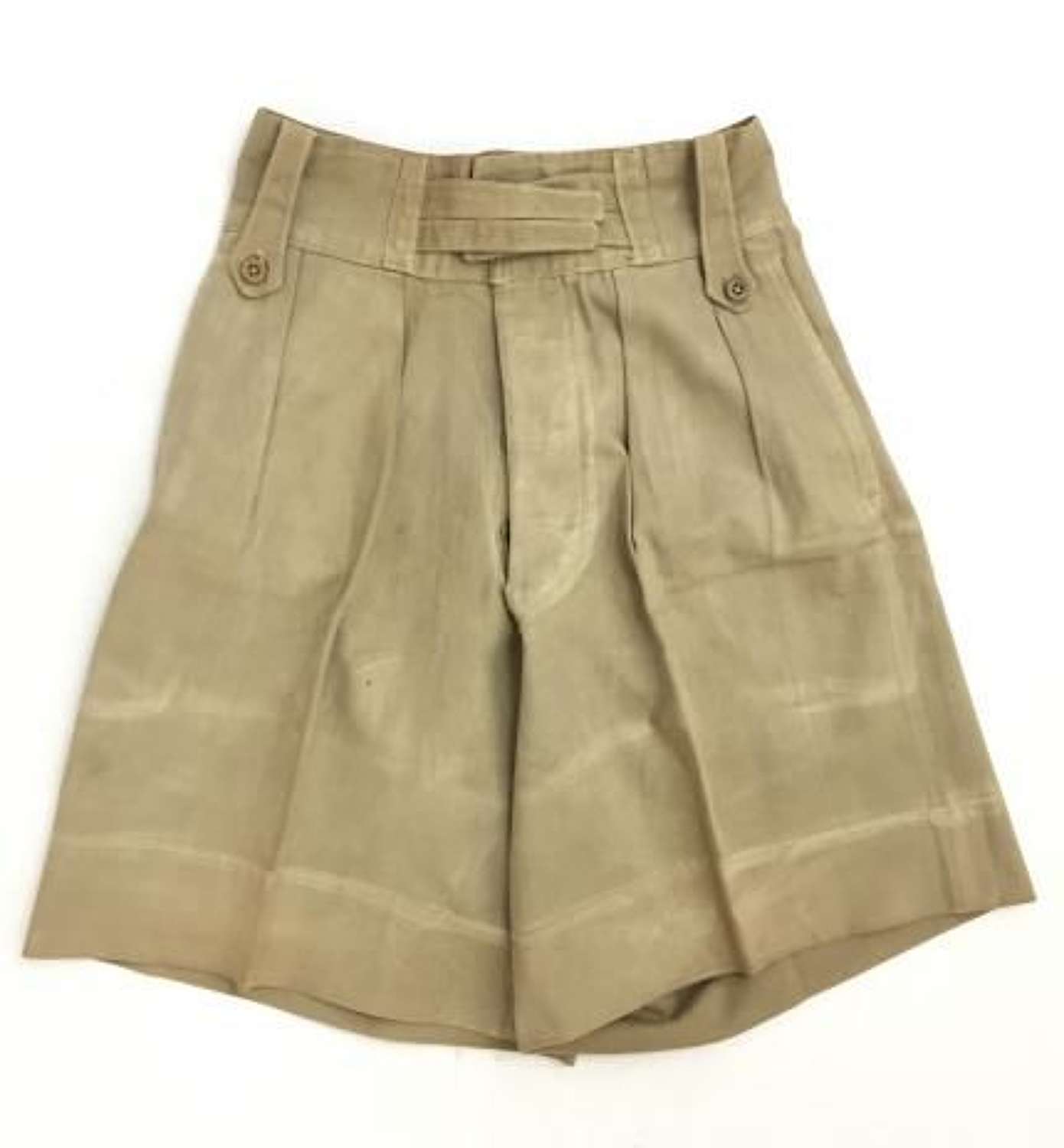 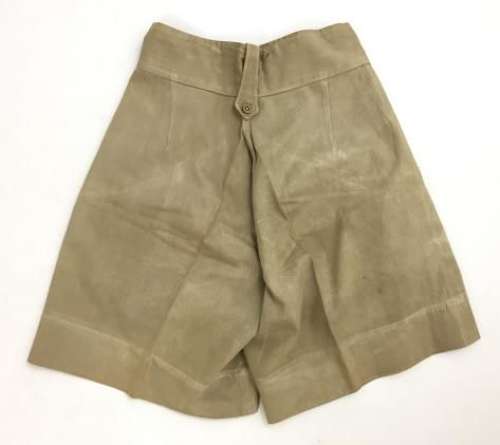 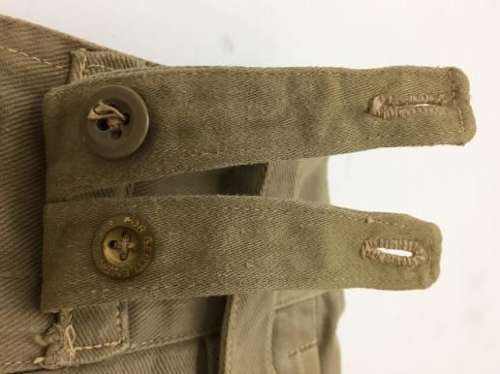 An original pair of World War Two era British army Khaki Drill shorts as worn throughout the conflict in both the Middle and Far eastern campaigns.

These shorts are typical of those worn in WW2 by the British Army, RAF and Royal Navy and feature inverted belt loops and a double buckle closing to the front. The buckles are missing but can be sourced but the buttons which secure them are present. One is original to the shorts and the other is a nice brass period replacement and is marked ‘For Gentlemen’.

This construction of the shorts looks indian as is often the case with KD items. All the stitching is typical of Indian made items and all the button holes are hand sewn.

As with many Khaki Drill items, these shorts are impossible to date exactly as they have no label, date or markers mark. They are however typical of World War Two manufacture and could certainly have been made in the conflict.

The shorts have been in storage for many years and have various laundry marks as can be seen in the pictures. Overall however the shorts are in solid wearable condition. The waist measures at 30”

These shorts would be ideal for a collector or Re-enactor. Indian made items such as this typical of those issued an worn by the British Forces in the Second World War and are far superior to cheap reproductions!