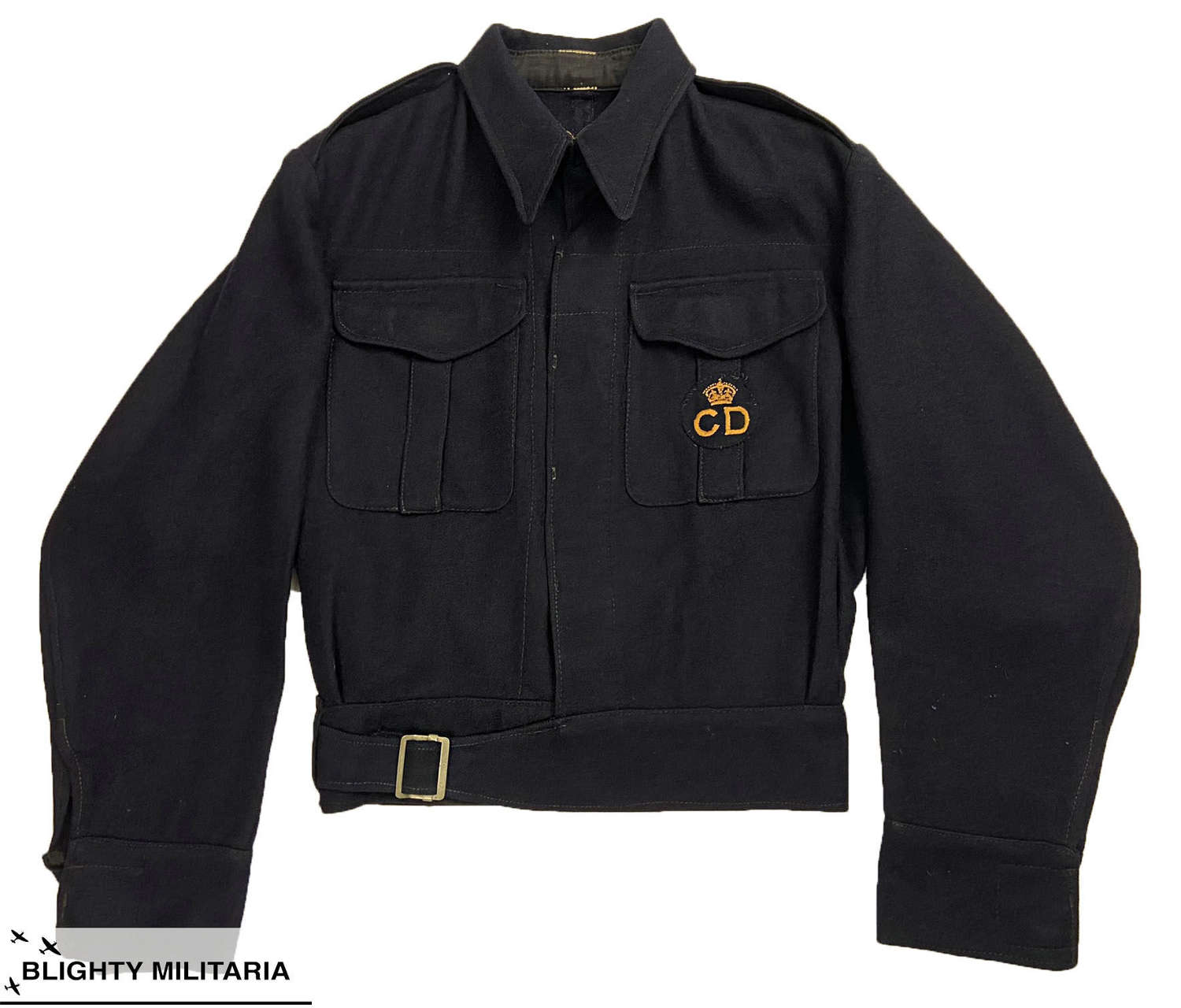 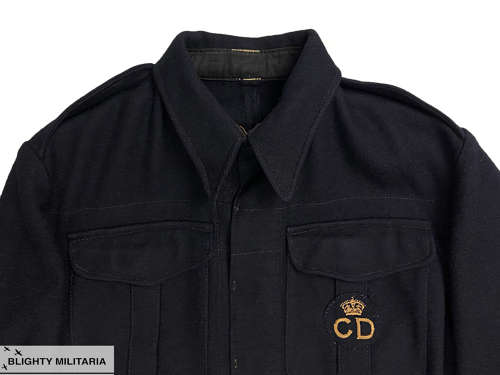 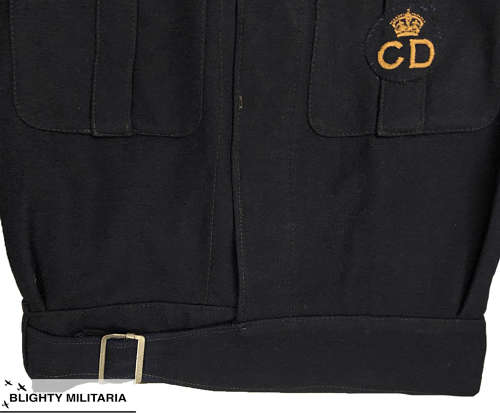 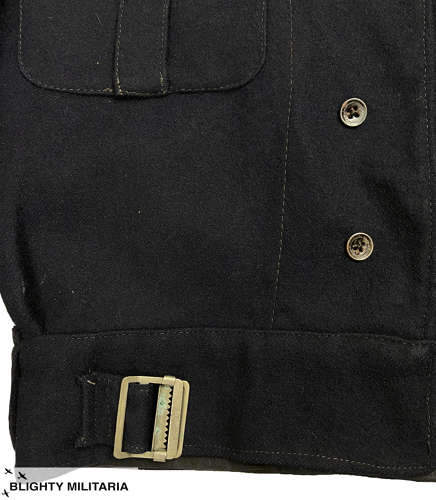 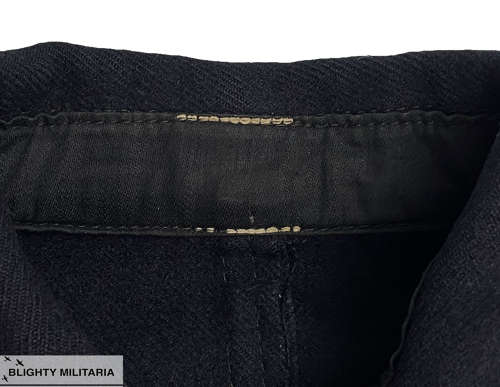 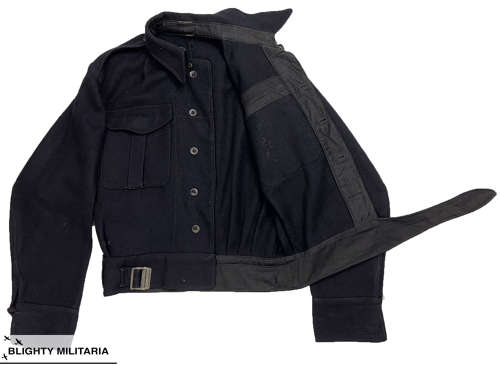 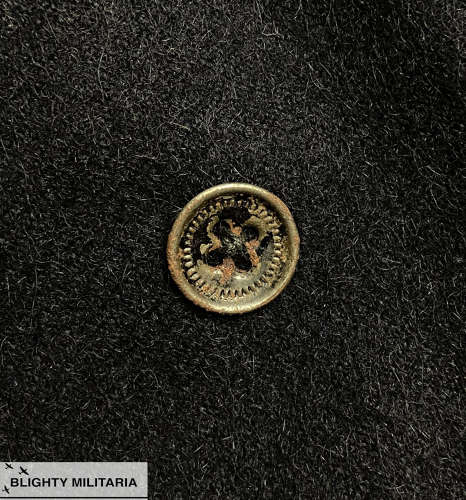 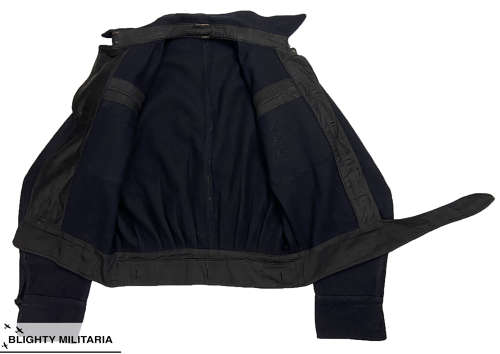 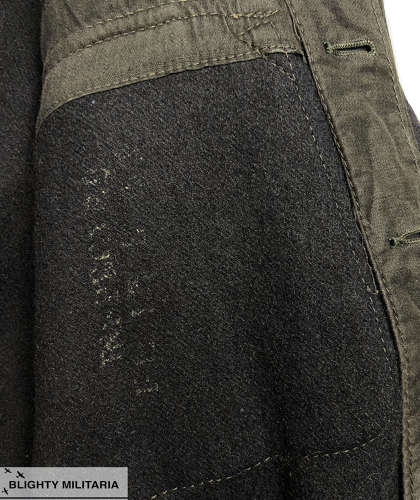 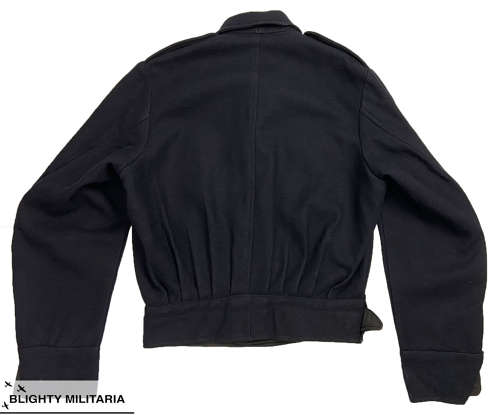 This is a very interesting jacket as it is not a standard issue example but instead a jacket which has been privately bought by a member of the Civil Defence. There are no clear markings or labels although there are remnants of a label to the inside of the collar. CC41 labeled examples of these jackets were produced during the war and this could be one of those or something similar.

The jacket is made from the standard coloured serge wool. It is fitted with black painted metal buttons as are sometimes encountered on British workwear during this period. The waist belt fastens with a chromium plated tooth buckle of the same style as employed on British battledress from 1942 until the end of the war which may help to date the jacket further. The jacket features a fly front and pleated pockets in keeping with the first pattern of CD battledress produced at the beginning of the war. A metal pop stud has been fitted to the top of the fly to help fasten the front of the jacket which is another interesting detail. The left breast pocket is fitted with a Civil Defence badge which appears to be original to the jacket.

Inside the jacket there are no pockets and the construction is very simple and utilitarian. There is a white stamp although it is hard to read.

The jacket will suit around a 36" - 38" chest depending on desired fit. When laid flat it measures -

The jacket is in good condition with some signs of wear and age. It displays well and has no serious flaws or damage. It is of course a vintage pre-worn item which may have small issues commensurate with age so please study the pictures before purchasing.

A nice and very interesting original Home Front battledress jacket which would make a nice addition to any collection.