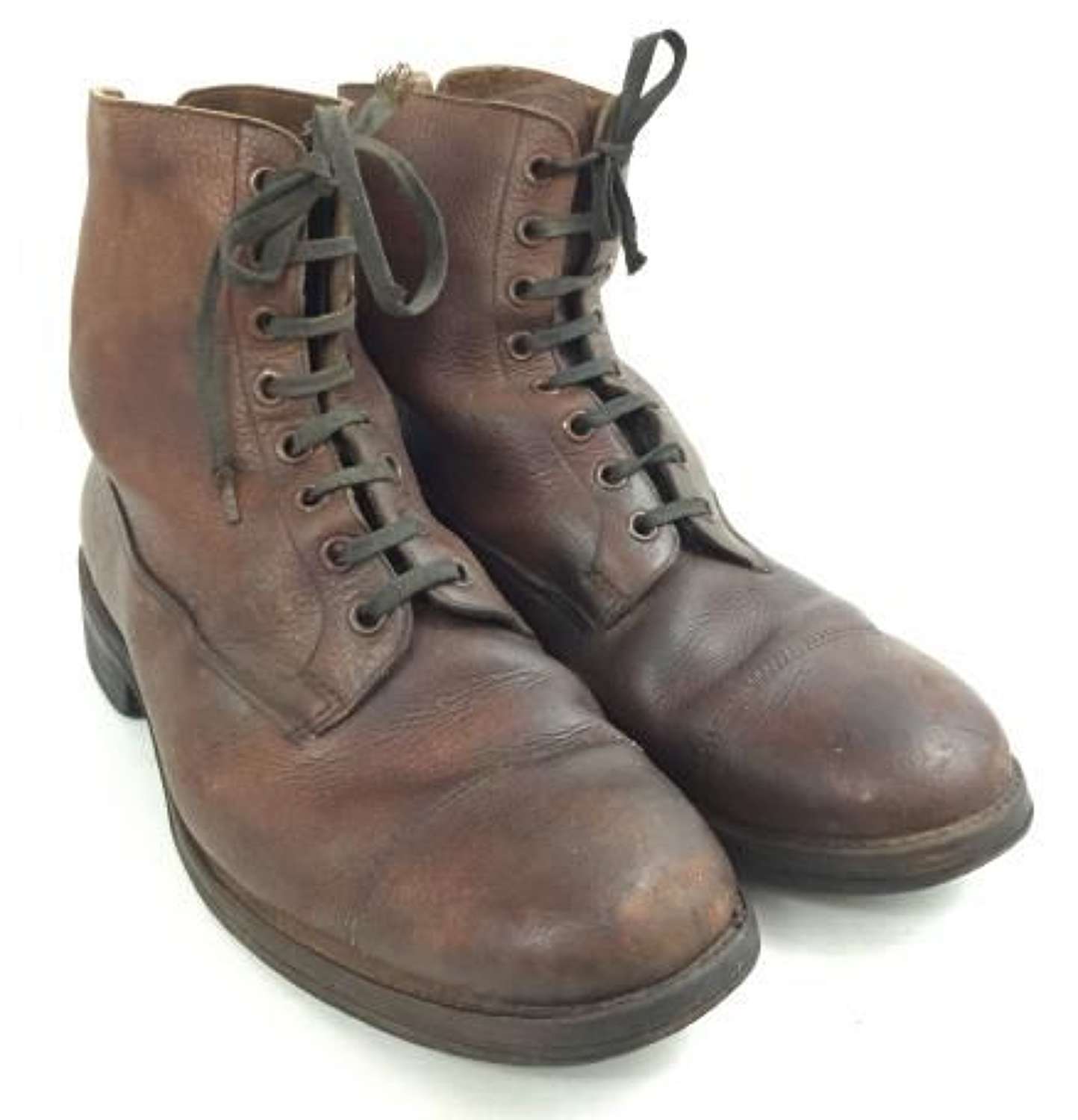 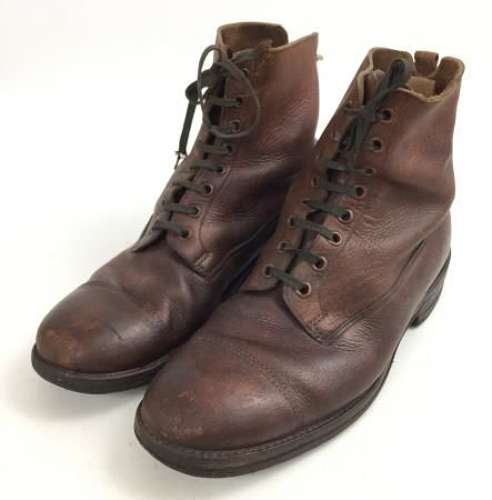 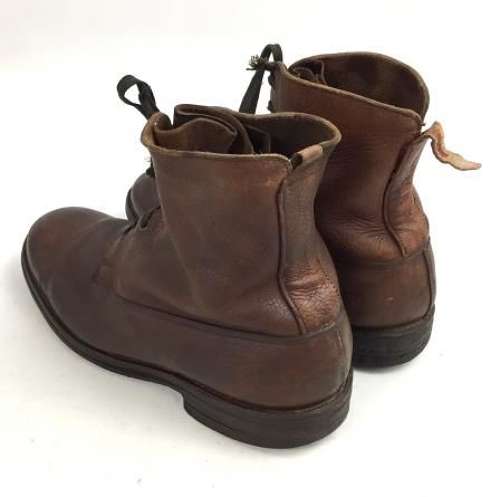 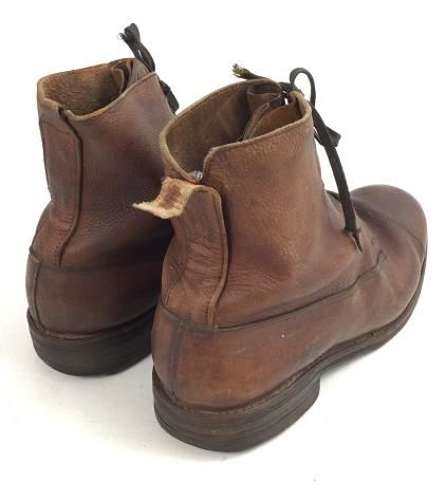 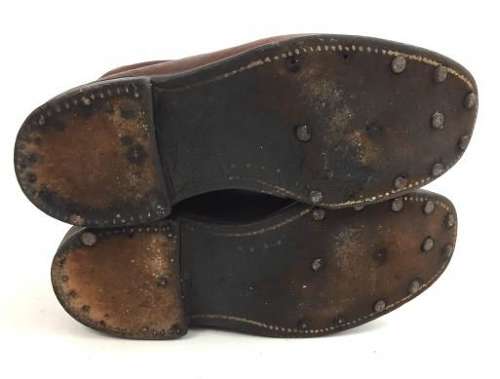 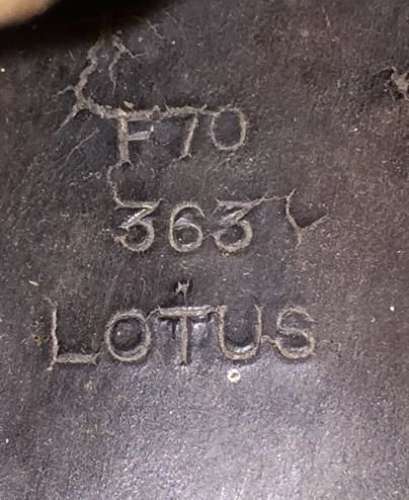 SOLD
An original pair of British Army officers brown boots made by Lotus and dating from around the time of the Second World War.

Lotus were one of the most prolific makers of footwear for Officers in the British Army with this style being the most common pattern worn. Made from brown pebbled leather and featuring a stitched toe cap and leather soles. The laces are original to the boots and of the same period and most of the original studs are still present to the sole.

The insole of the boots features the makers name ‘Lotus’ as well as ‘F70’ and ‘363’. The later number refers to the pattern of boot.

There is no size stamped inside the boots but they are roughly a size 7-8.

The boots are in good condition for their age and have had a coat of good quality leather feed which has helped to start softening them up. The rear pull loop on the righthand boot has come away from its sticking but this doesn’t really affect the boots greatly and is reflected in the price. The condition of the boots is about normal for leather footwear of this age. Please study the pictures as they form part of the description.