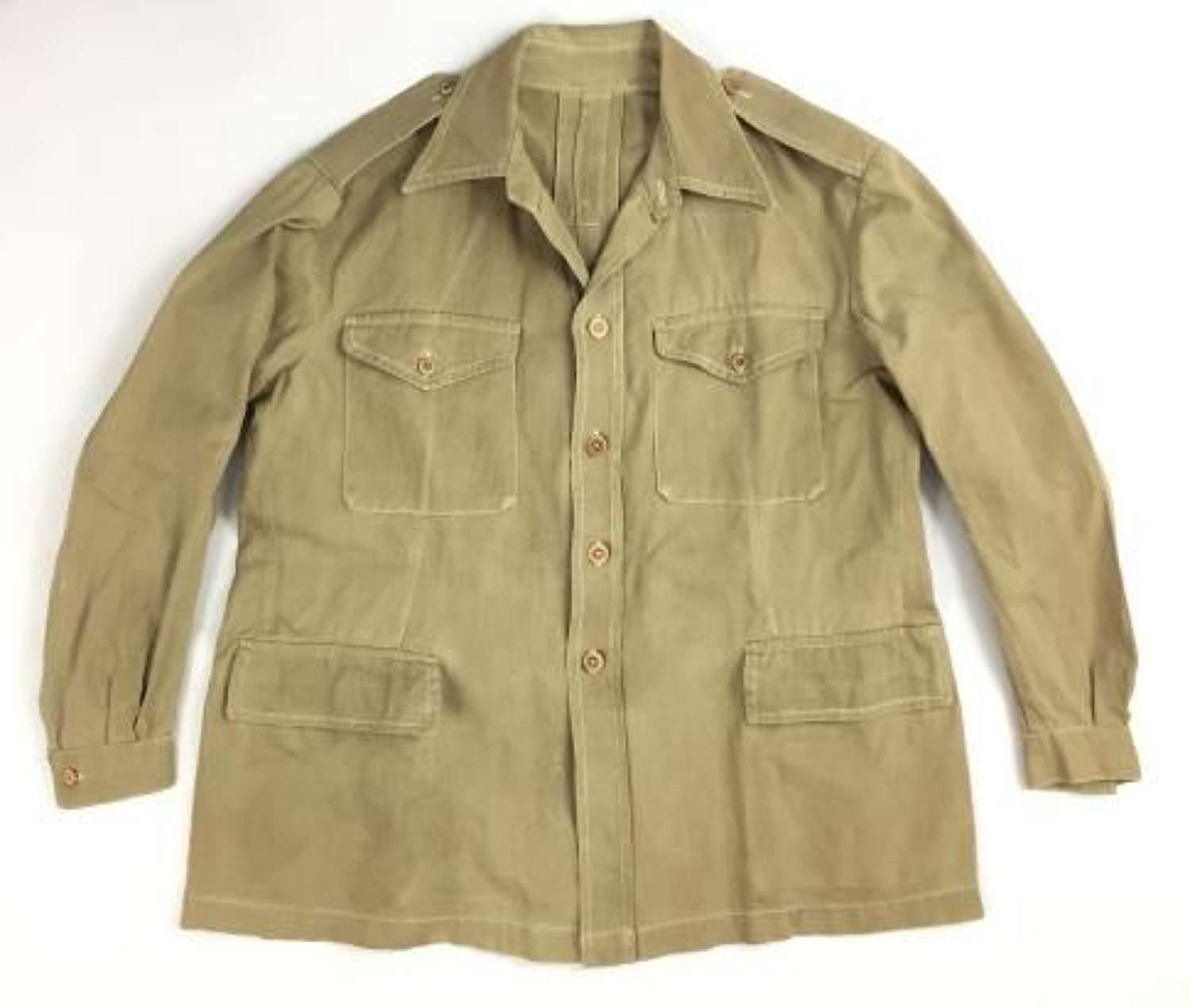 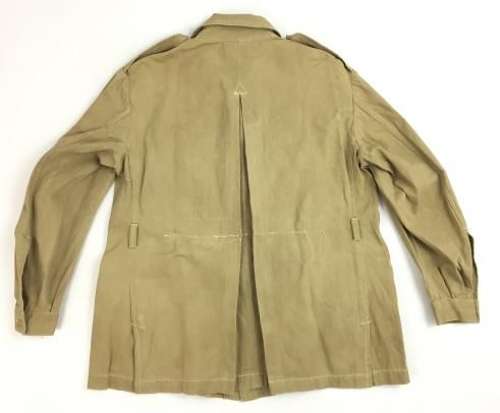 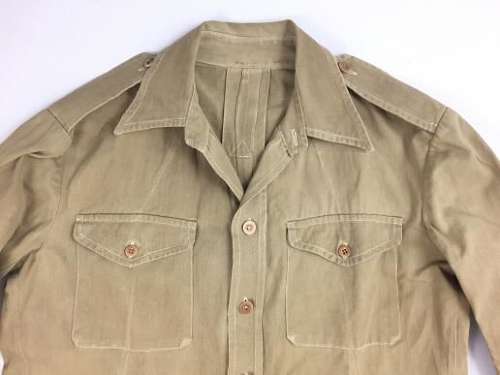 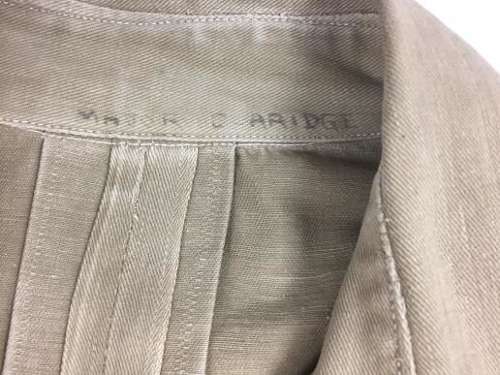 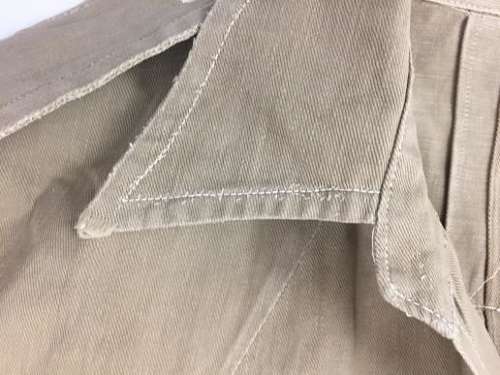 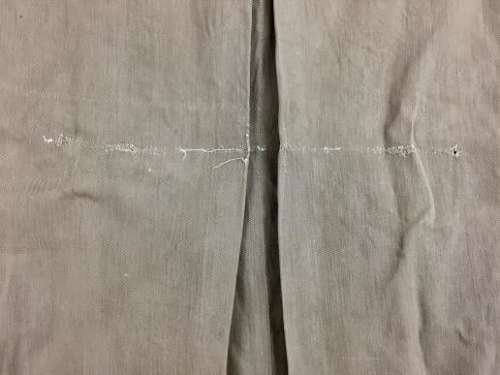 This style of bush jacket was popular with British Army Officers during the Second World War and can be seen used by other members of the forces such as the RAF in period photographs. These jackets were worn in both the Middle East and Far East.

This particular example, like the majority of original KD items, is Indian made. It features two plain chest pockets and flapped lower pockets, long sleeves with buttoning cuff and a full button front. The collar on these jacket was usually worn open and has a 'spearpoint' shape which is typical of the period.

The jacket is a generous large size. When laid flat it measures at 25" across the chest, has an 18" inside arm, 20" shoulders and is about 33 1/2" in length. This should easily fit someone of a 44-48" chest in my opinion but please refer to the measurements supplied.

The condition of the jacket is good although it has clearly seen a reasonable amount of wear in its life and been laundered numerous times. The only real flaw I can find is a small amount of wear across the back where the belt has rubbed. I have included a picture of this and obviously it wouldn't be visible if worn or displayed with a belt. The tip of one side of the collar also shows some wear, this is again shown in the pictures.

All in all a nice original WW2 period tunic in a hard to find large size.