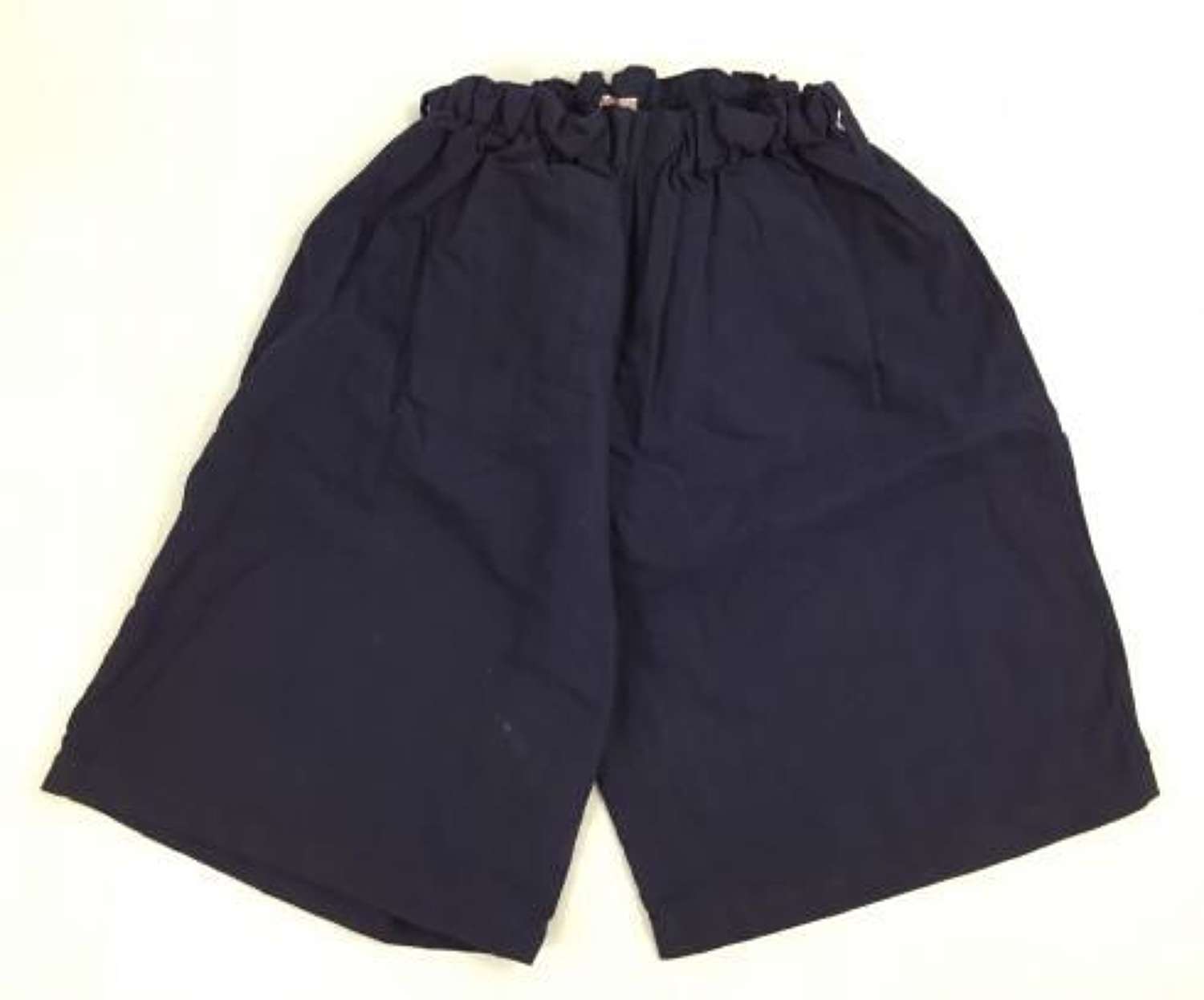 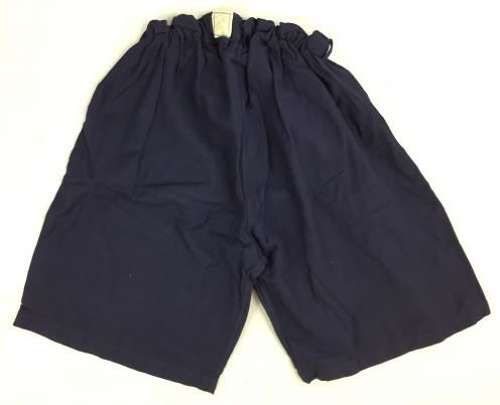 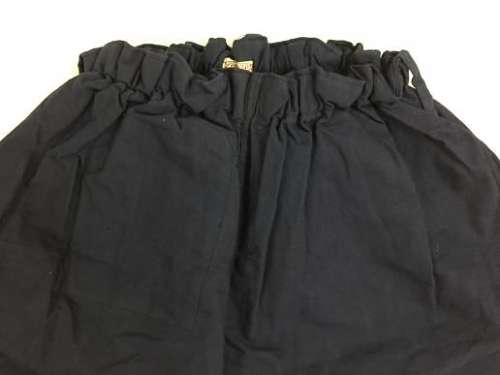 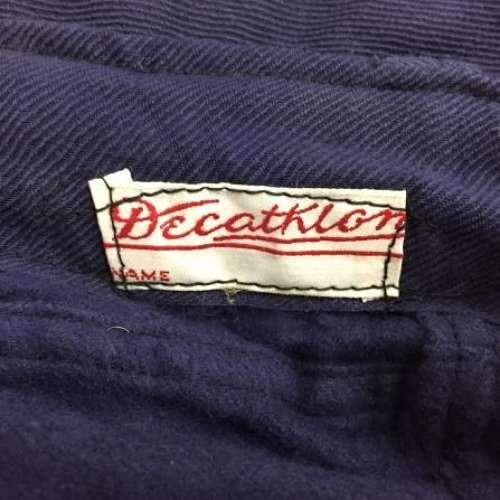 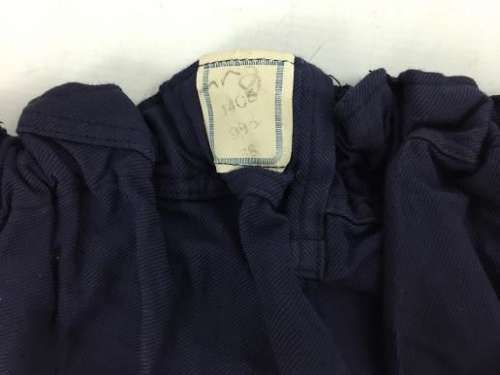 This pattern of shorts was very commonly seen as part of the physical training uniform of the British Forces during the Second World War. The are made from a navy blue cotton, feature an elasticated waist and a small internal pocket.

This particular pair are unworn and still have their paper ticket to the rear. Inside the shorts the makers label is still present and reads 'Decalthon' and has an area for the owners name to be added.

The waist is elasticated meaning they will fit a number of waist sizes from 28-38".

The condition of the shorts is good as can be seen in the photographs. They have clearly never been worn but have a few small signs of age.

Altogether a very good pair of original WW2 period PT shorts which would suit both the re-enactor and collector well.