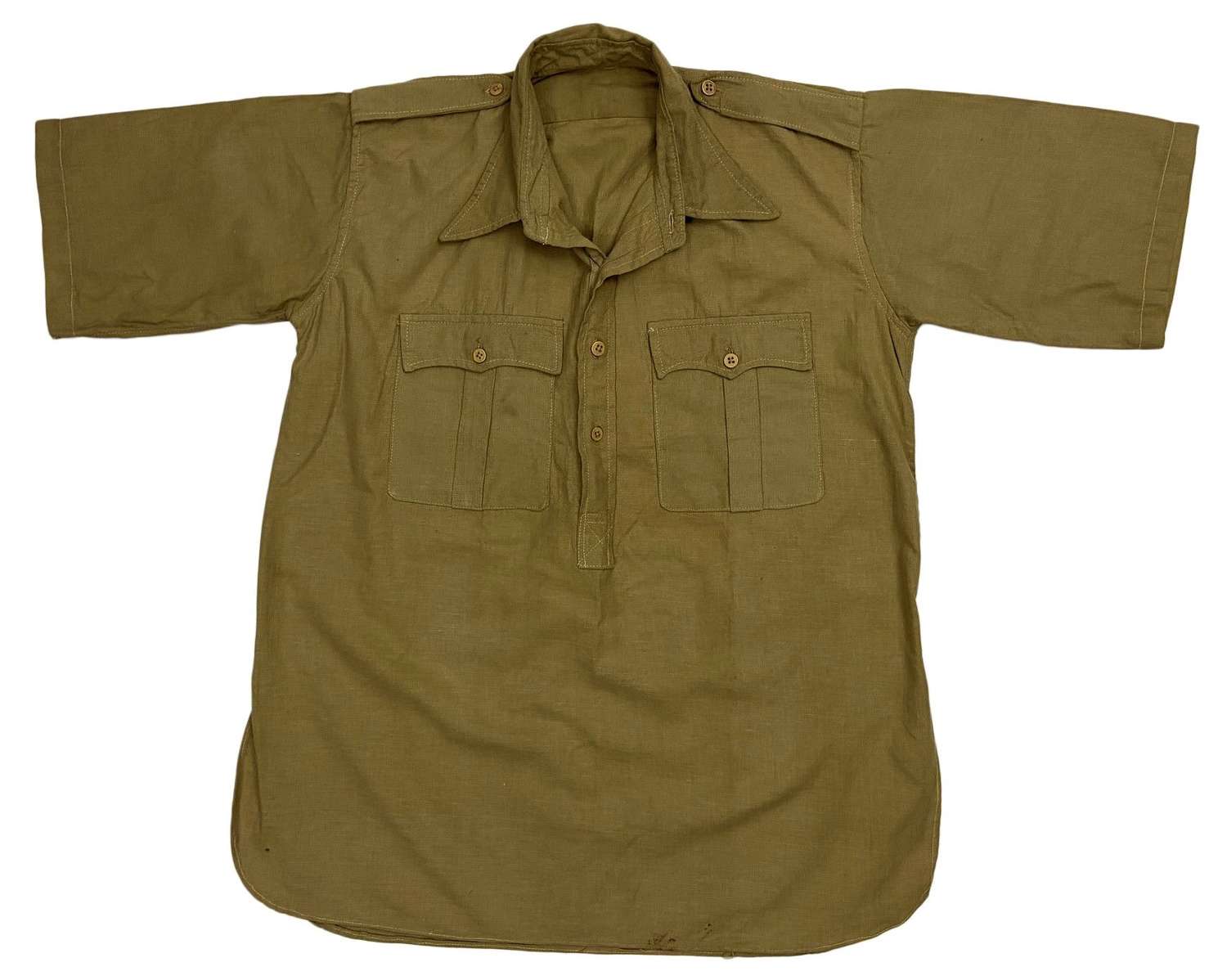 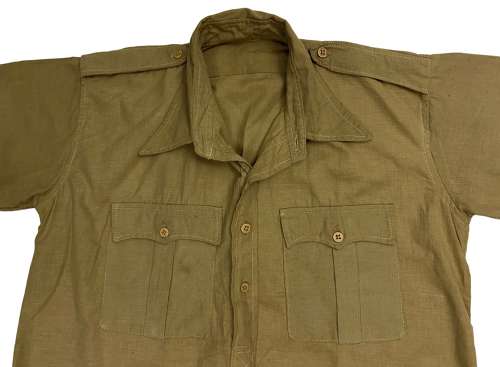 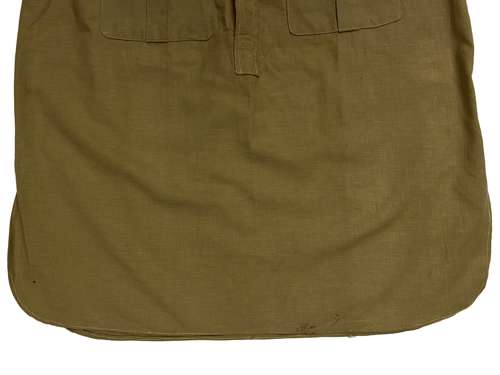 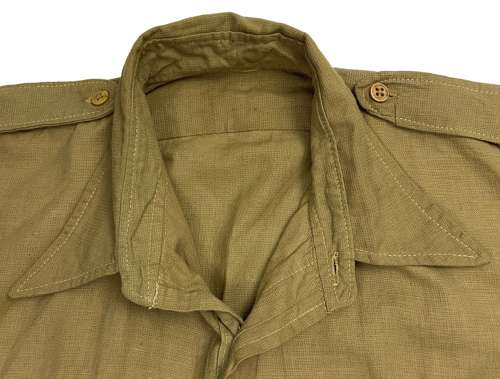 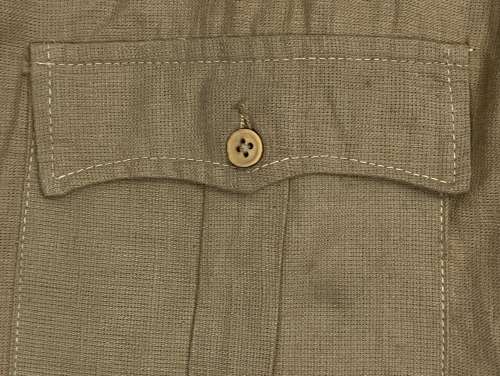 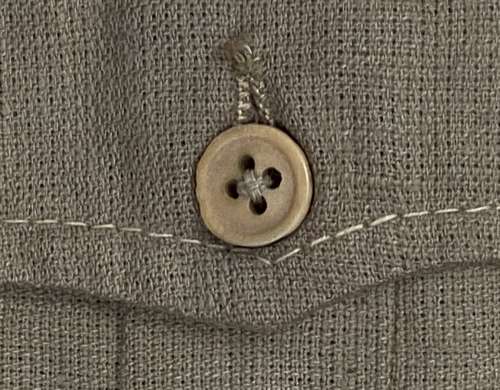 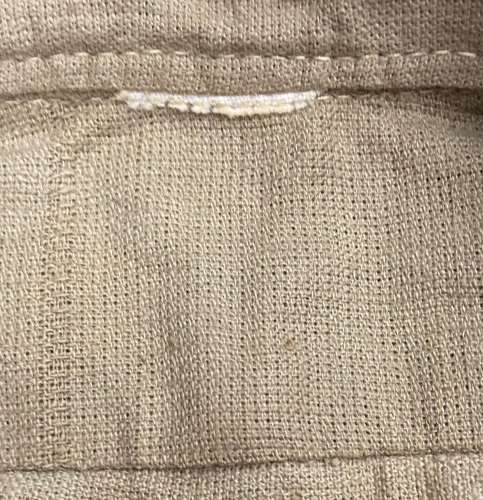 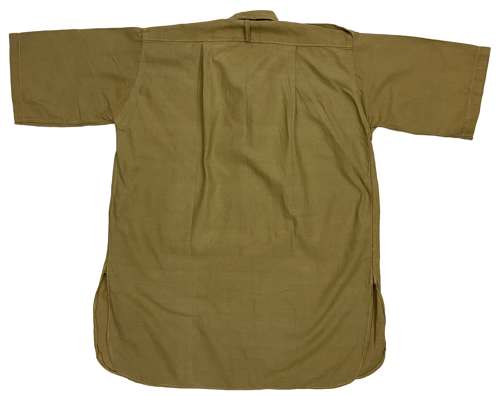 An original theatre made British Khaki Drill shirt in good condition as used by the British Army, RAF and others during WW2.

This shirt is theatre made, most likely in India. A large proportion of KD items issued during the Second World War were made in India due to the short supply routes for the Middle East and Far East Campaigns.

The shirt is made from cellular cotton which is often referred to as 'Aertex'. It is a lightweight, breathable fabric which was popular during the Second World War and in the subsequent post-war years for tropical clothing.

The stitching is typical of theatre made items being somewhat inconsistent. The button holes are all hand sewn which is another common feature and the buttons are typically found on Indian made items. Inside the collar it looks as if there was originally a label affixed which has been removed at some stage.

The shirt is a smaller size which will suit someone of around a 36-38" chest depending on desired fit. When laid flat it measures -

The shirt is in good condition as can be seen in the pictures. It shows no signs of previous wear or use and is very fresh overall. It is a vintage item however so may have small issues commensurate with age.

All in all a nice original period Khaki Drill shirt which would make a good addition to any collection.