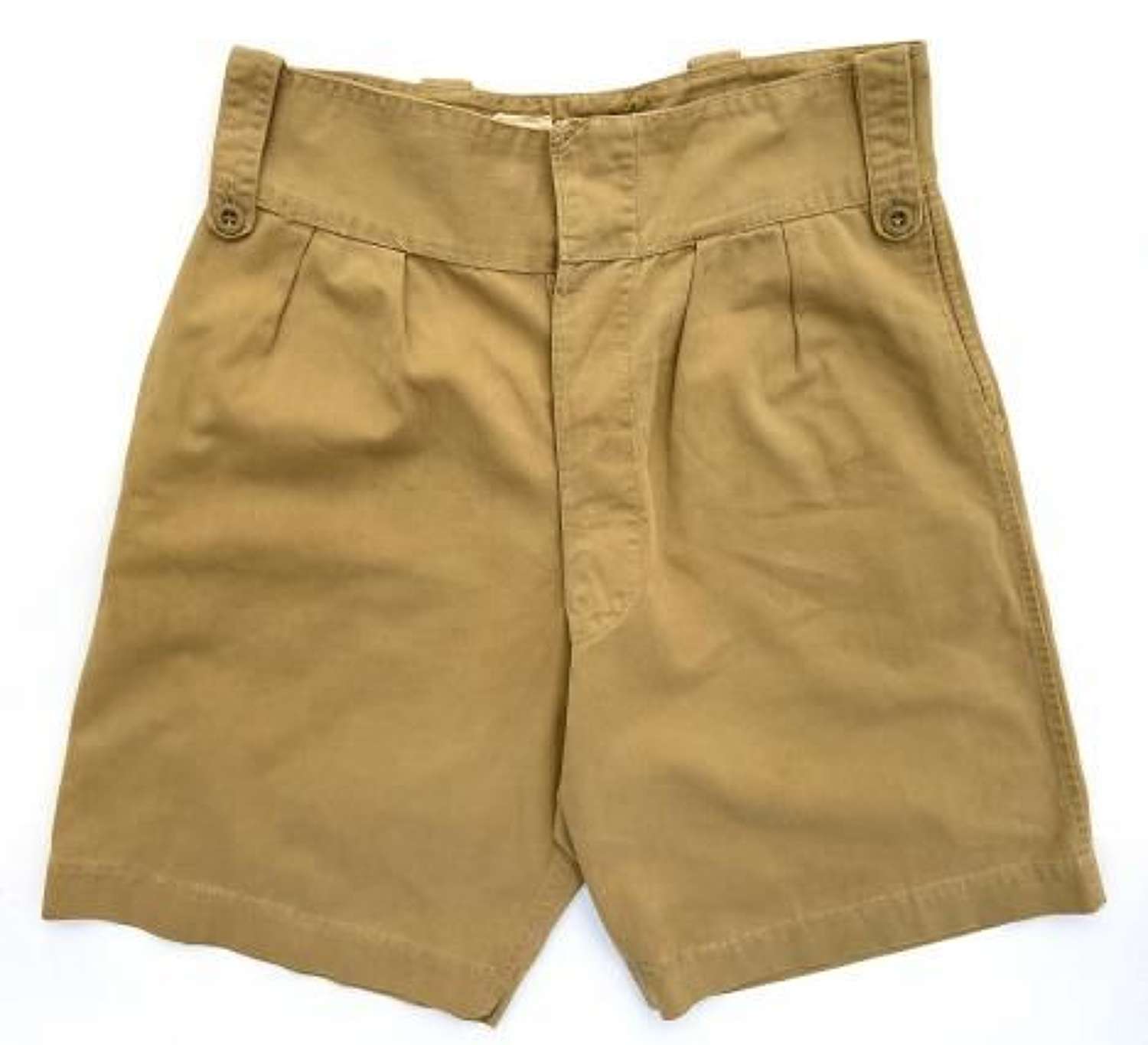 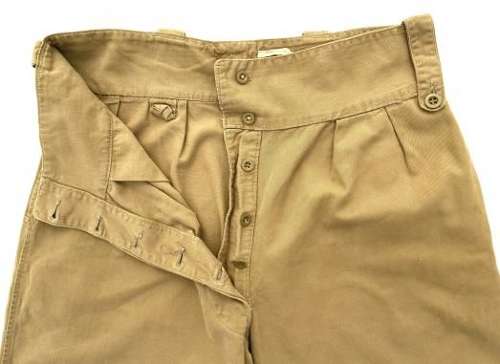 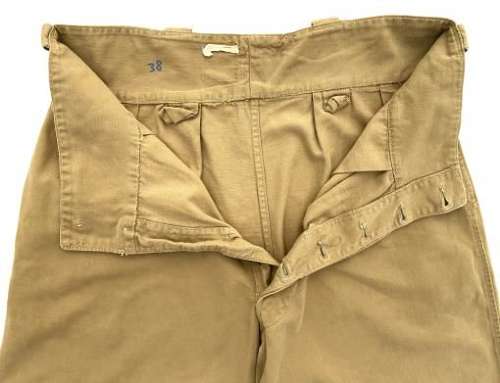 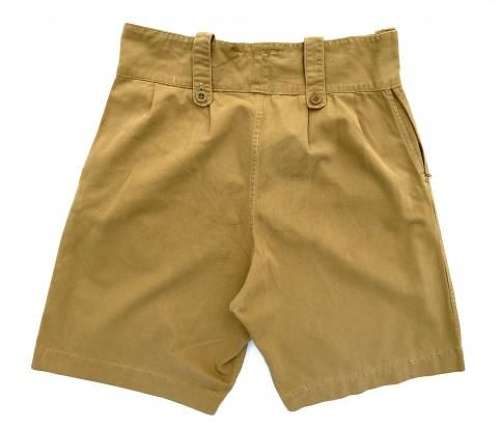 SOLD
An original pair of British made Khaki Drill shorts dating from around the time of the Second World War and in a good wearable size 34.

These shorts are typical of those issue during the Second World War being made of a khaki coloured cotton drill and featuring a button fly and belt loops. As well as this they feature straight slash pocket to each hip which help date them as later pairs usually have angled pockets.

Where as the majority of KD items offered on the market today are theatre made, this pair are clearly British made. The cotton drill and machine stitched button holes are typical of British manufacture as are the green horn buttons. These same buttons were used on British Battledress from 1943 onwards.

Inside the waist band there is clear evidence of where a manufactures label would have original been attached, although sadly it is no longer. Someone has almost marked the number 38 inside.

The shorts are in good condition as can be seen in the pictures. The only have limited signs of wear and use and overall present very well. They are of course a vintage, pre owned item and may have small issues consummate with their age.

A nice pair of original period shorts in a good wearable size.