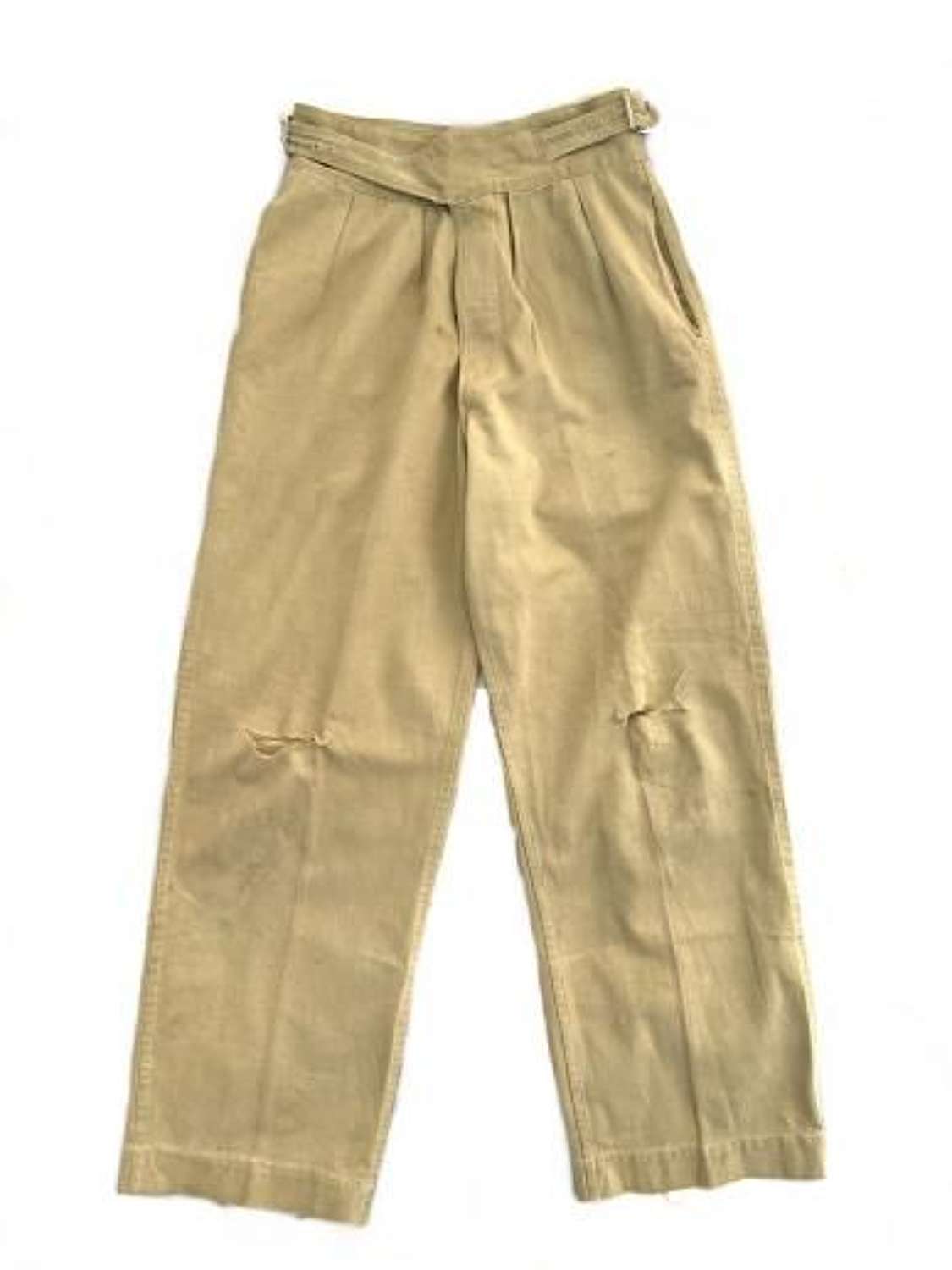 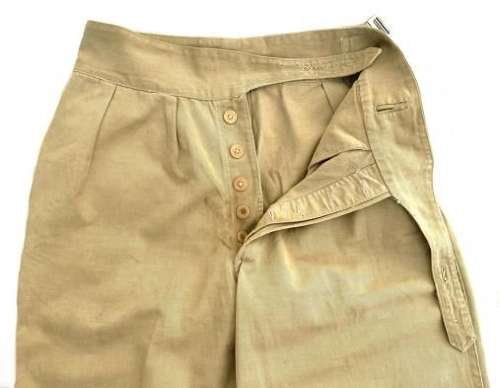 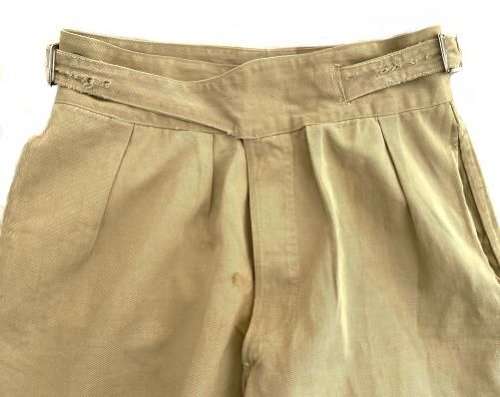 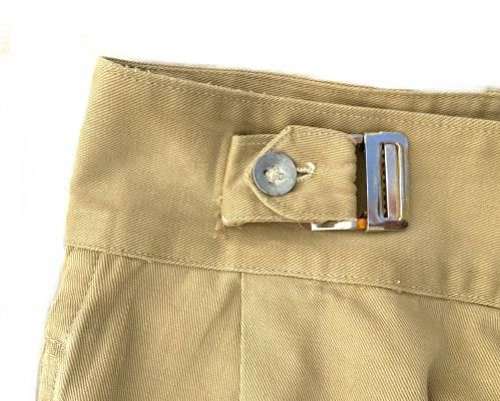 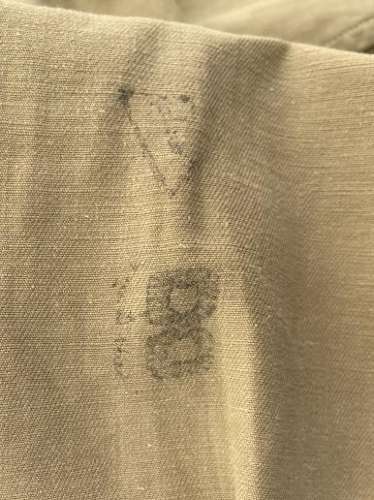 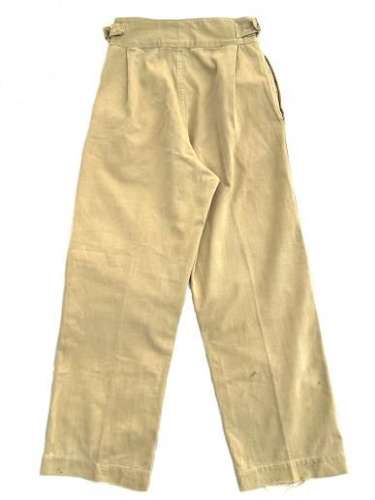 SOLD
An original pair of British Khaki Drill Trousers dating from the Second World War and in well used condition.

This pattern of Khaki Drill trousers with the cross belt waist came into issue with British forces during the later part of WW2 with most surviving examples being dated either 1944 or 1945. This style was later adopted for the 1950 Pattern Trousers but this pair are earlier.

Clearly of Indian manufacture, as is the case with so much British KD, these trousers were issued to members of both the British Army and the Royal Air Force. The feature buttons and stitching typical of Indian made items from the Second World War as well as Indian stamps to the interior which date from the same period.

The trousers are fitted with a set of period buckles which fasten the straps. These are not the usual single prong type but a jaw type, similar to those used on the waist of a battledress jacket and they work well.

The trousers are a smaller size and have some adjustment in the waist due to their cross belt design. When laid flat they measure -

The trousers are in well worn condition with fraying to the bottom of the legs and around the pocket openings. Both knees have also worn through but this has all been reflected in the price. Please study the pictures and bear in mind that these are a well worn pair of vintage trousers.

All in all a reasonable pair of wartime KD trousers with some good details.