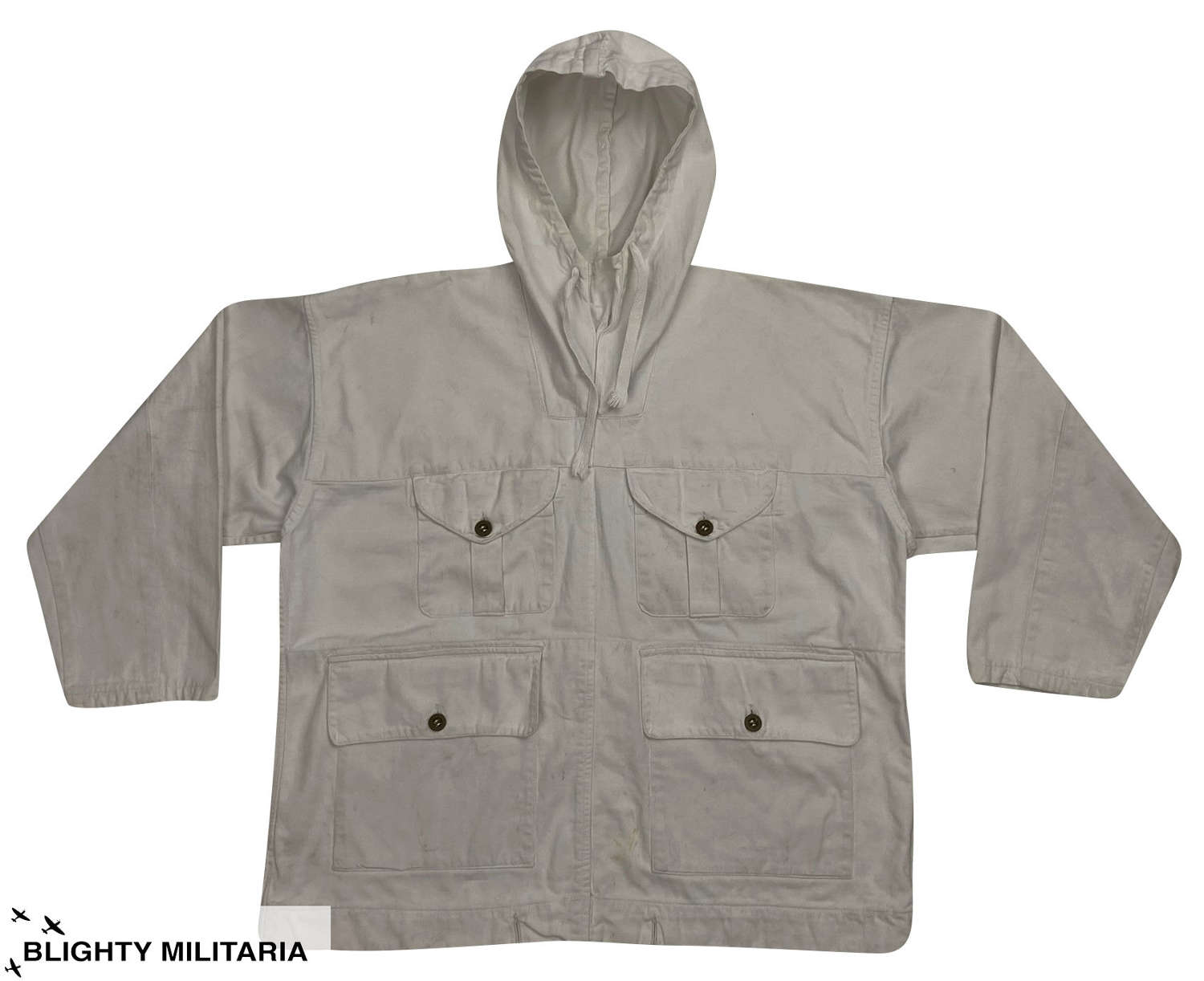 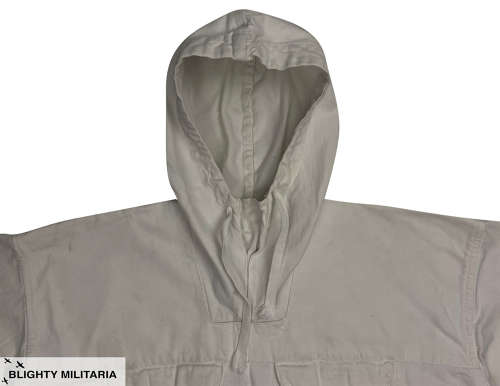 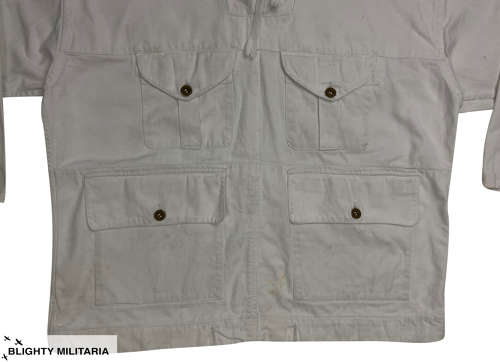 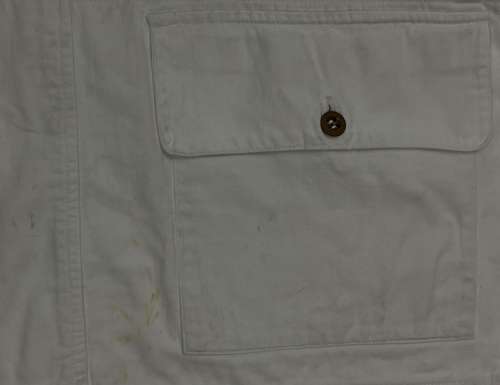 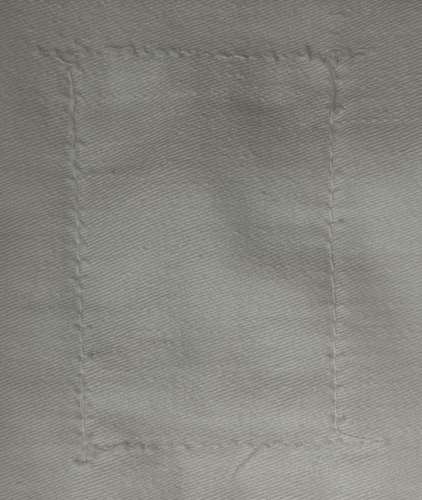 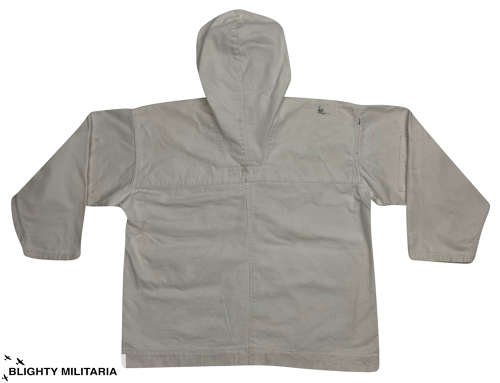 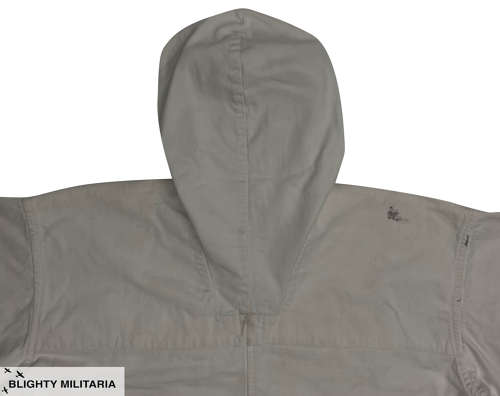 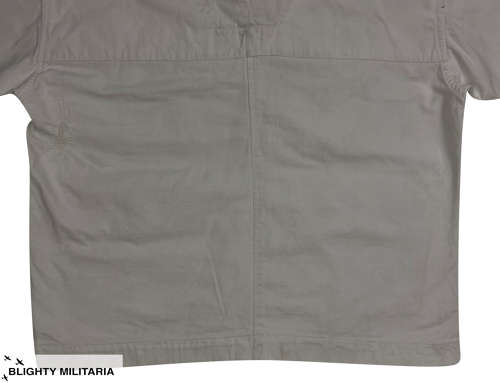 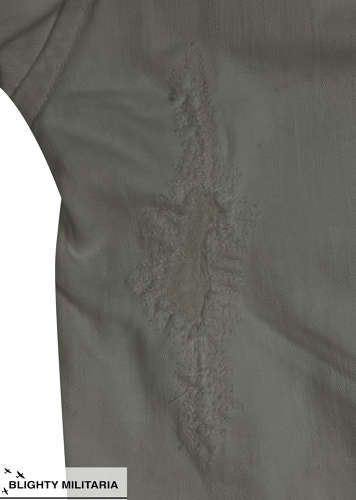 The smock follows the standard design used on all British Windproof Suits during the Second World War and formed a set with the matching trousers listed separately. Made from a hard wearing white cotton, the smock features four buttoning pockets to the front, a hood which closes with a drawstring and reinforcement sections to the sleeves.

Inside the smock still retains its original issue label although it is completely washed out. The fast majority of these smocks were produced in 1942 and I think it is highly likely that this one. Based on the measurements I would suggest it would have been labelled as a size No. 2. When laid flat it measures -

The smock is in good condition and is still very wearable. There are some marks and stains as well as a period repair to the rear (picture 9) but overall it displays well. Please take time to study the pictures before purchasing.

A nice example of this wartime pattern of smock which would make a good addition to any collection.