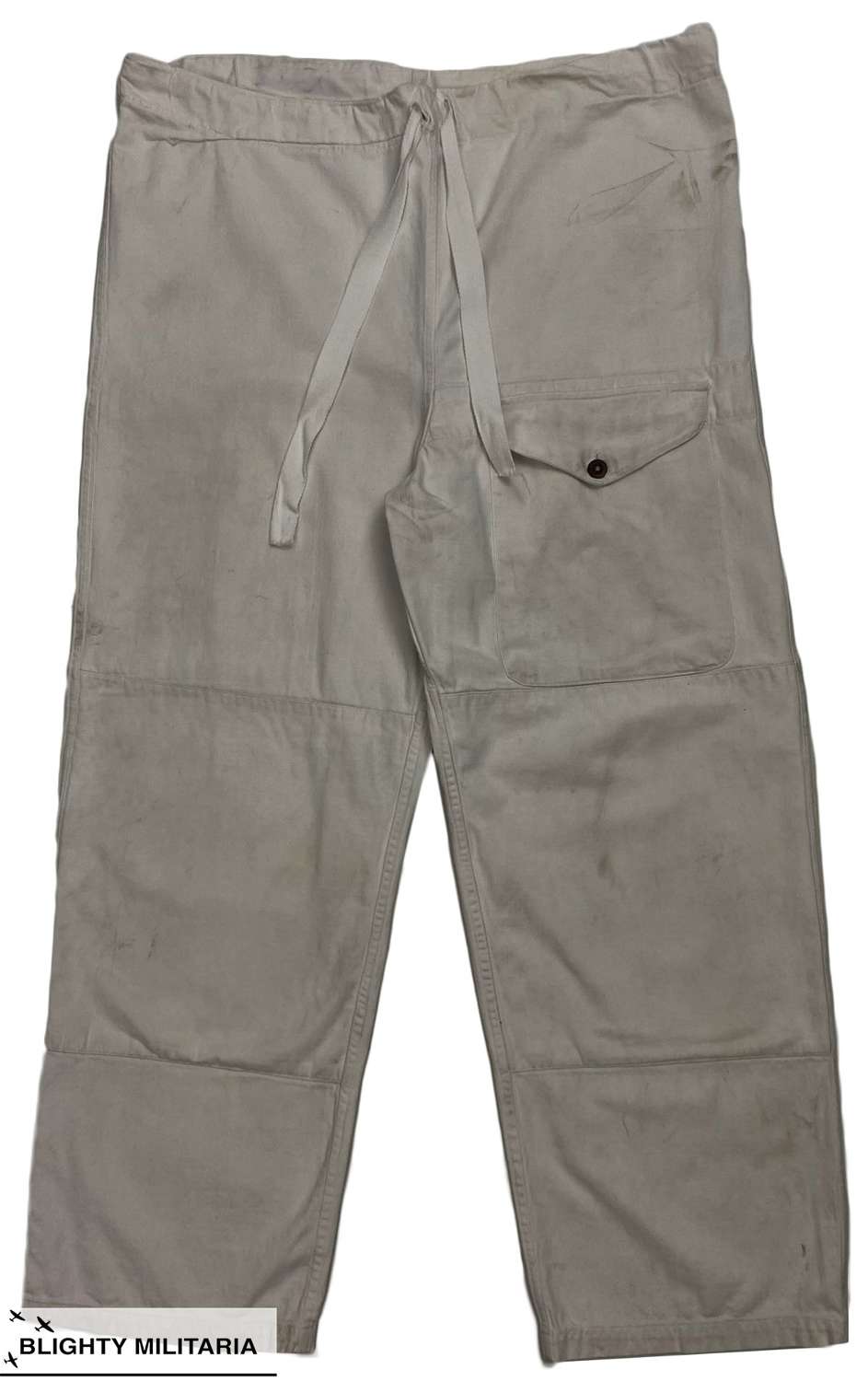 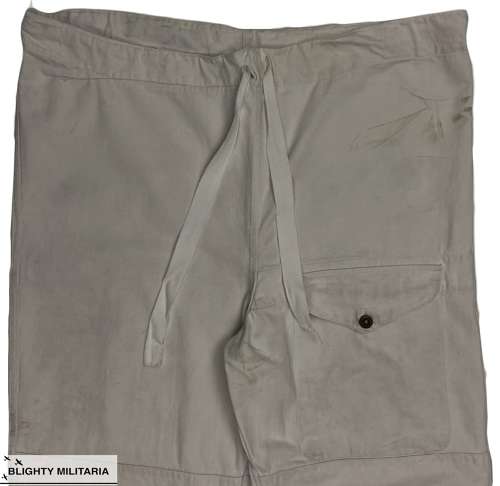 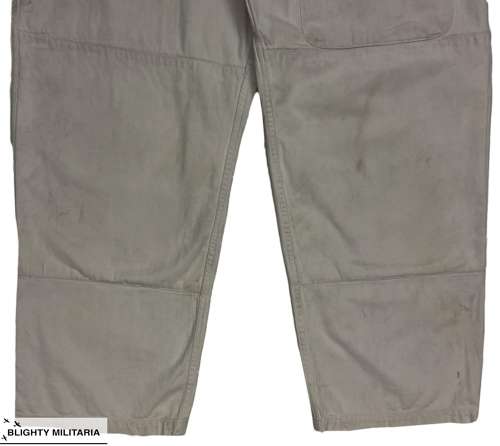 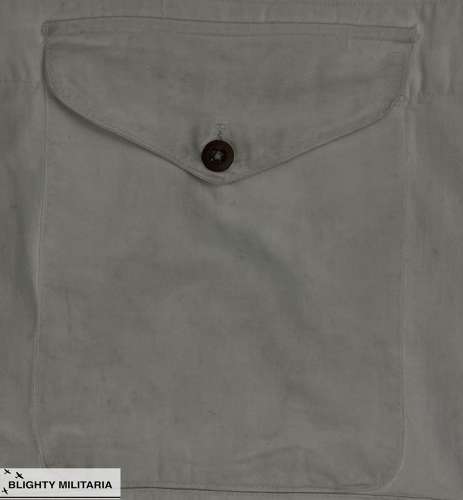 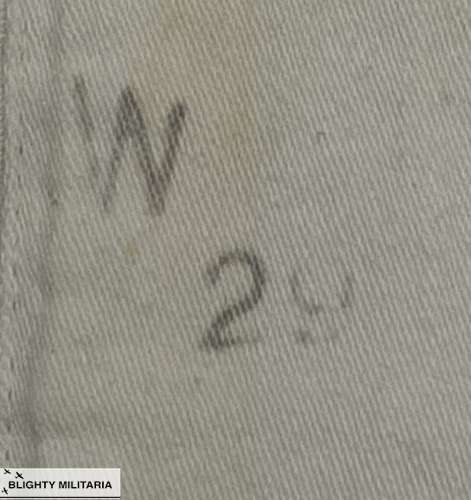 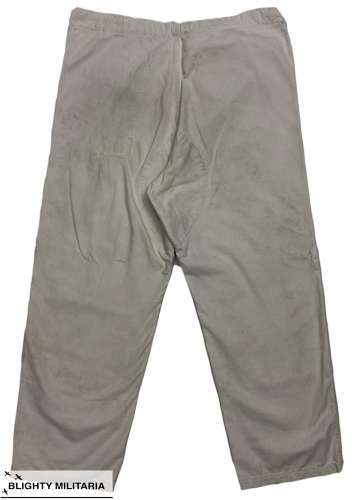 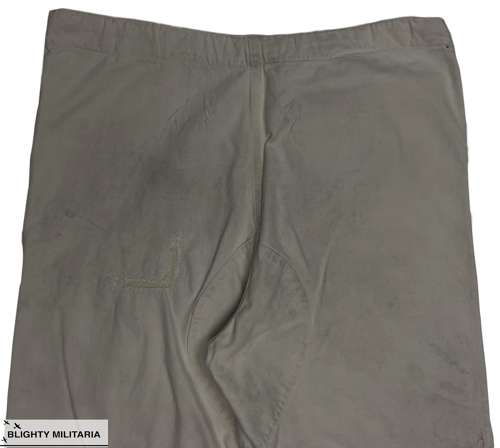 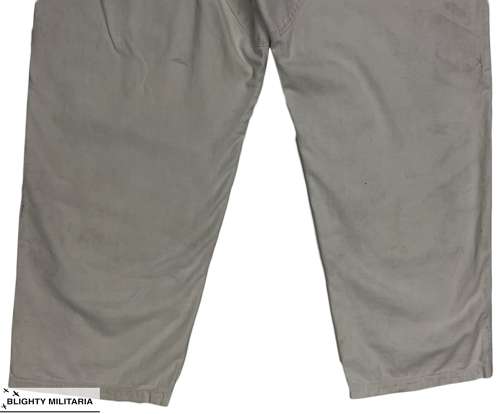 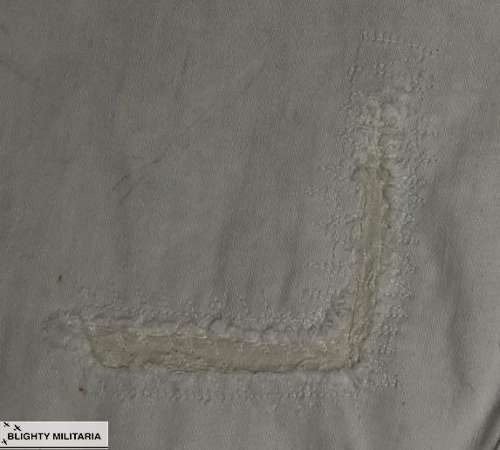 An original pair of 'Trousers, Snow Suit' dating from the Second World War. They were issued throughout the war to various British units and also some American units (including airborne) in the Ardennes.

These trousers were designed to be worn with the matching white smock and are made from the same hard wearing cotton twill as the jacket. They feature a drawstring waist and map pocket to the front whilst the knee area is reinforced with a second layer of cotton twill. The map pocket fastens with a chocolate brown button which is typical of items manufactured in 1942.

The original label is no longer present although there is clear evidence of where it was previously fitted. There is a War Department acceptance stamp still present inside although the letter code is missing. The trousers most likely date from 1942 as all the contracts for this pattern were produced in that year.

The trousers are in reasonable condition for their age but they do have some stains etc. They are not heavily worn or damaged but have clearly been worn as can be seen in the pictures. There is a L-shape tear to the rear which has been professionally repaired and appears to be a period job.