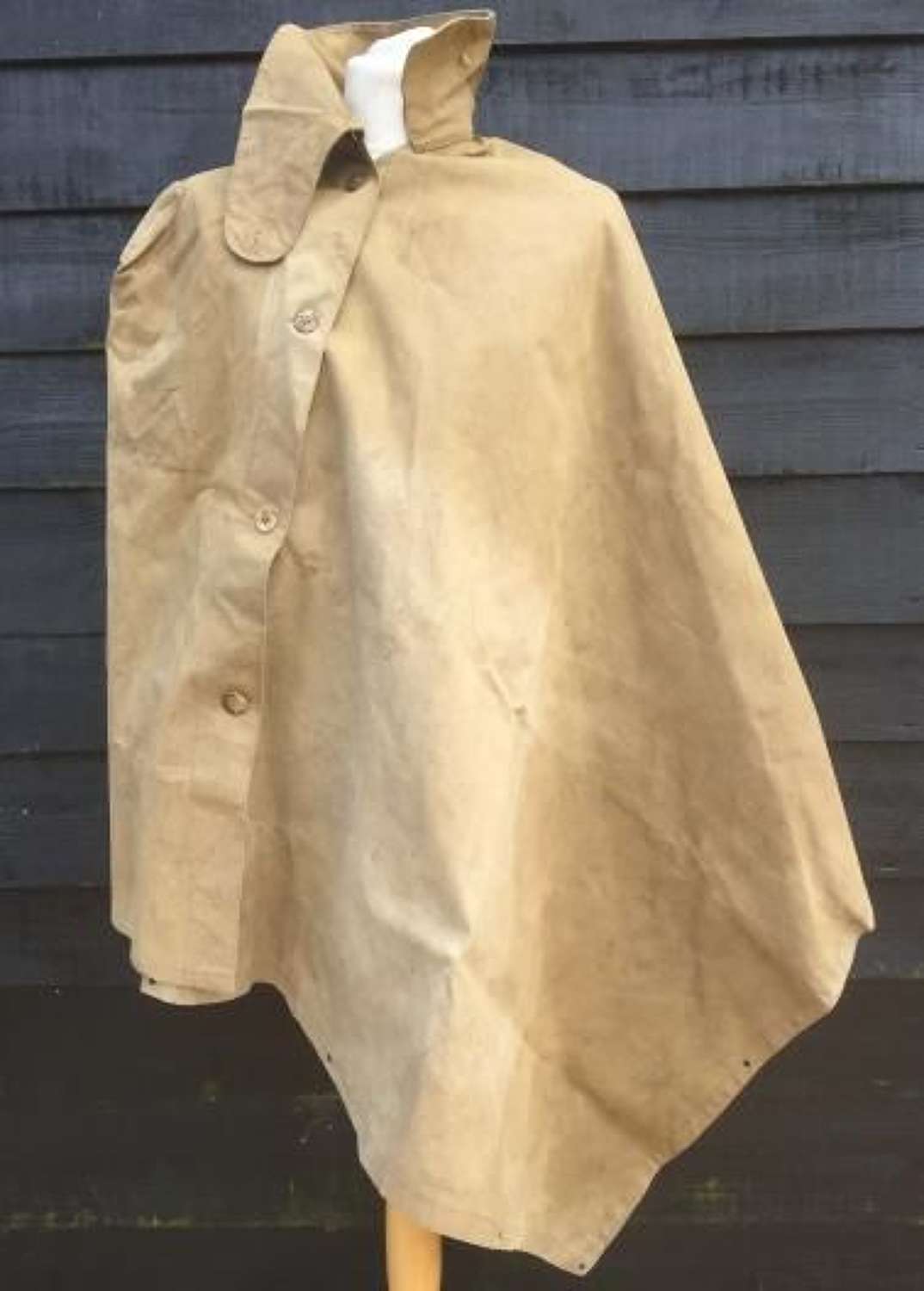 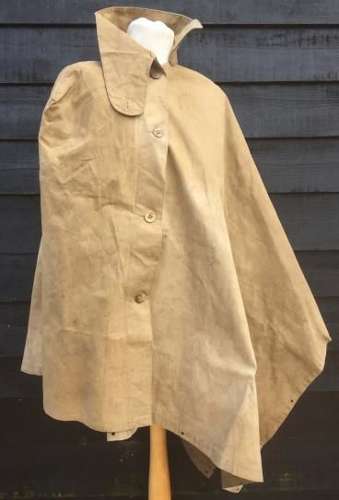 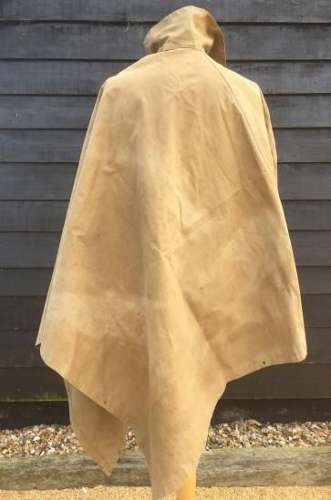 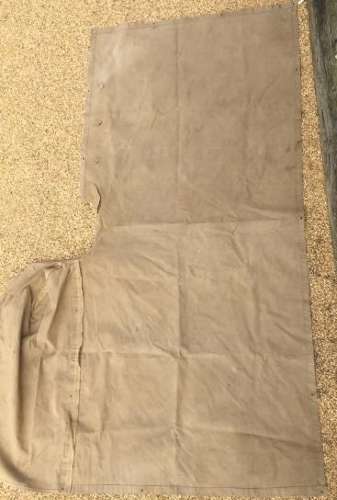 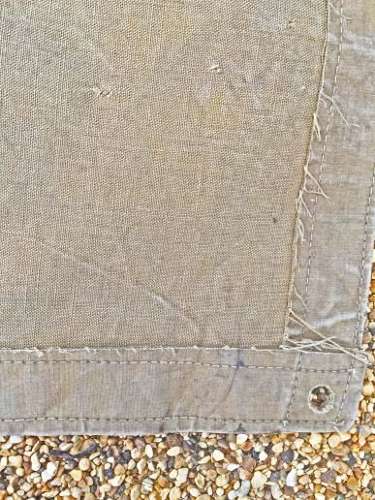 A nice original wartime example of the British Army waterproof cape/groundsheet dating from between 1941-44.

This pattern of waterproof cape came into existence during the Great War and carried on in more a less the same pattern well into the 1950s.

This particular example has stamped eyelets around the edges which dates it to no earlier than 1941. Before this ground sheets and capes had brass eyelets, but these were replaced with simple stamped holes as an austerity measure. During 1945 these capes changed from the tan colour of this example to a green, therefore we can date this cape to within a 4 year period.

There is a faint stamp in the corner of the cape where you would usually expect to find it, and it is the usual oval shape. Sadly it is rather faded but in good light you can make out 194 but sadly not the last number!

The cape is in good used condition. It is still pliable and all the buttons which fasten the front are present. The two buttons on the back of the collar which secure the neck flap are missing however and there are numerous marks and some areas are more faded than others.

A nice original example of a British Army waterproof cape, guaranteed to be wartime.