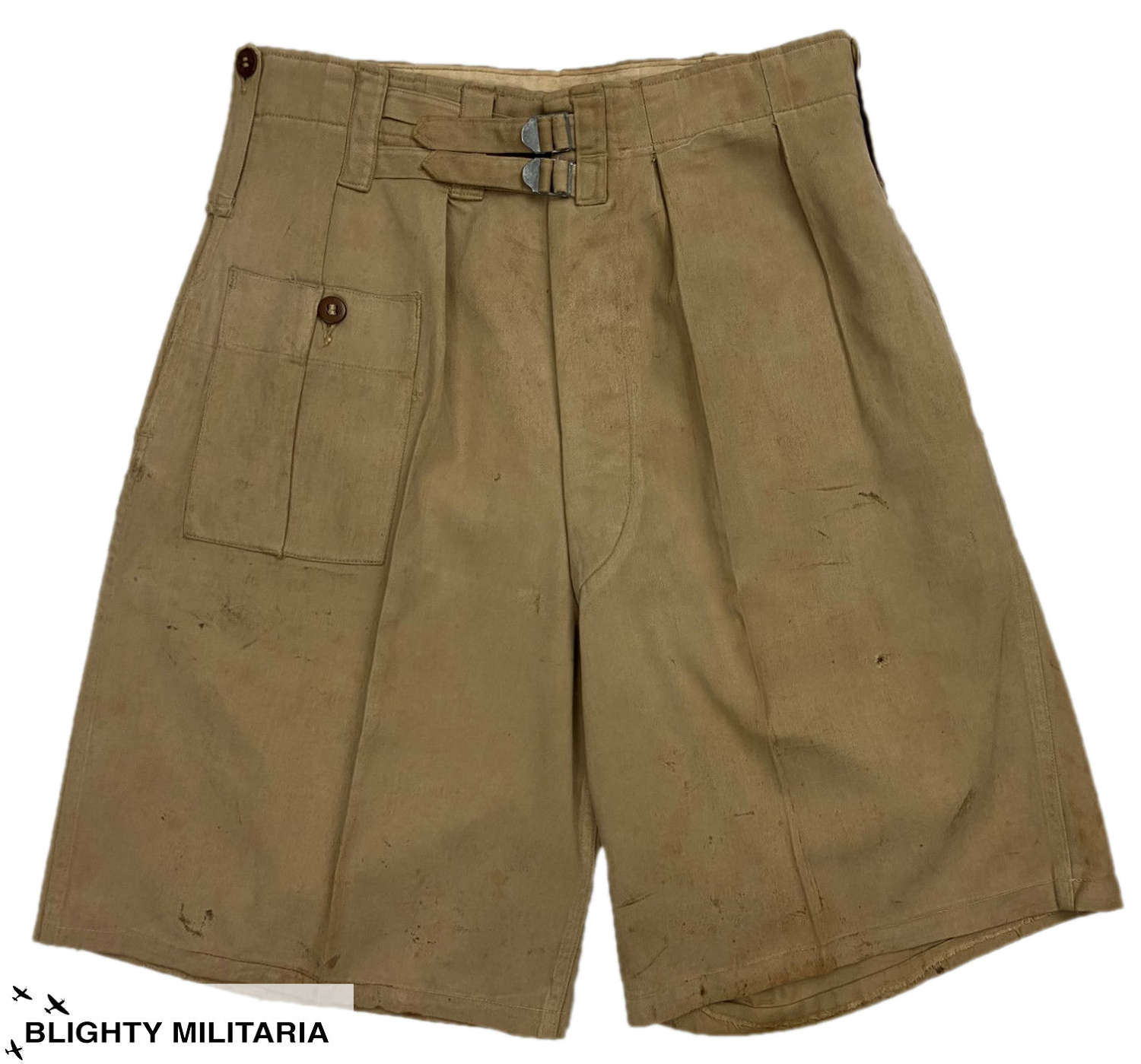 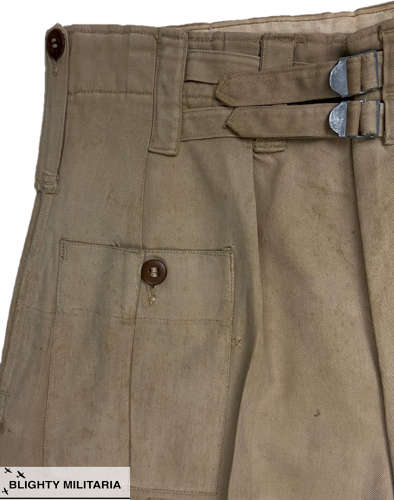 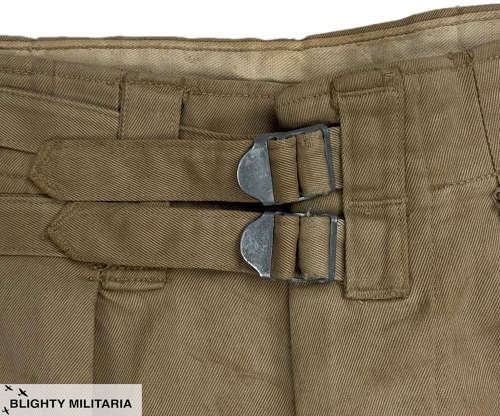 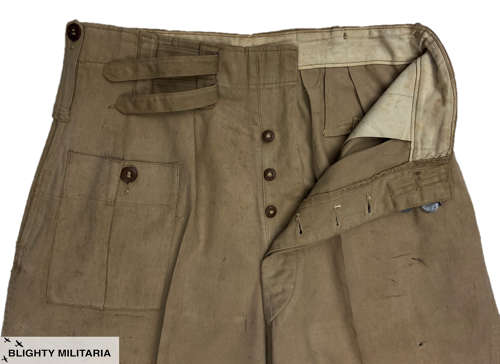 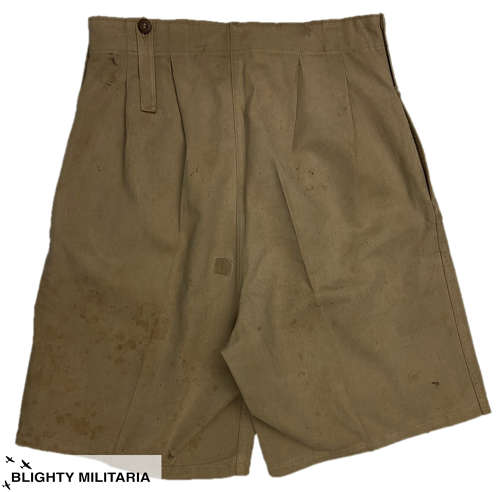 An original pair of American made 'War Aid' pattern Khaki Drill shorts which belonged to Captain John Campbell Mantell M.B.E. who served with the 2nd Battalion of the Royal Warwickshire Regiment during the Second World War and in Palestine.

These shorts were made in the United States of America as part of the lend-lease scheme and are often referred to as 'War Aid'. Made from a high quality, khaki coloured cotton drill; the shorts are modelled on the British 1941 pattern. The feature the twin belt and buckle waist fastening and First Field Dressing Pocket to the right hip. The buttons and buckles used are typically American.

The shorts are in worn condition with signs of wear and use. There is staining as well as a small patch to the seat which would suggest that these were Martell's favourite shorts as they show more wear than the other two pairs. Please study the pictures before purchasing and bear in mind that they are a vintage, pre-owned item which may have small issues commensurate with age.

A nice pair of original American made shorts which have known history.