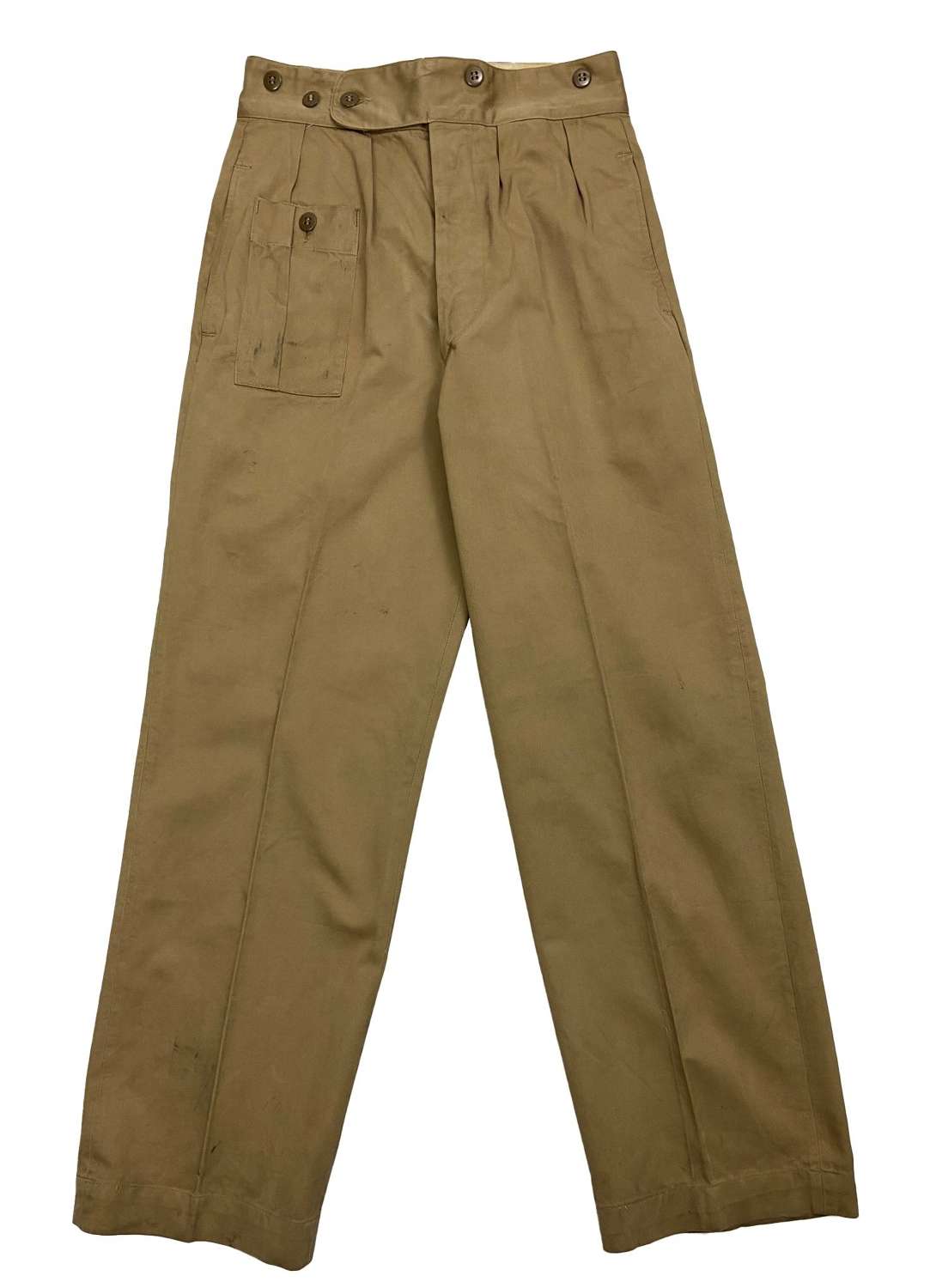 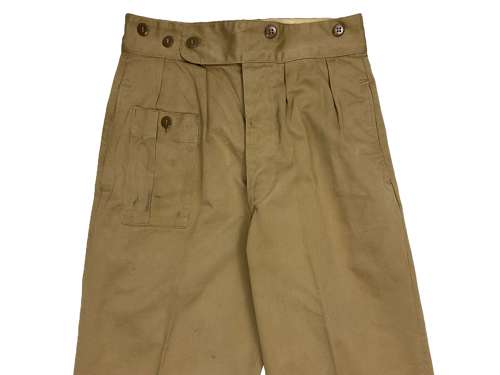 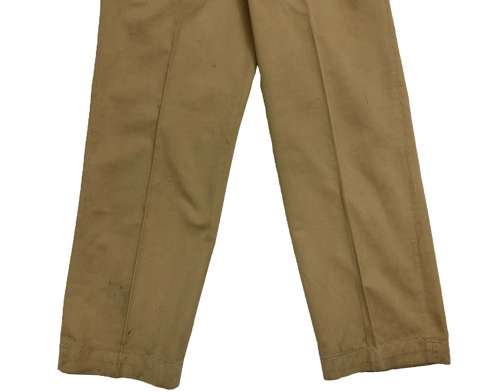 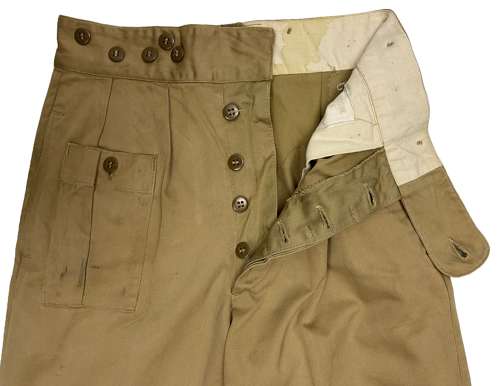 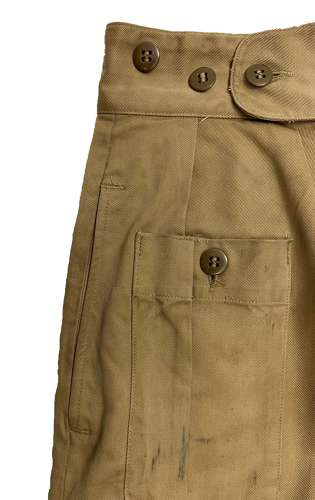 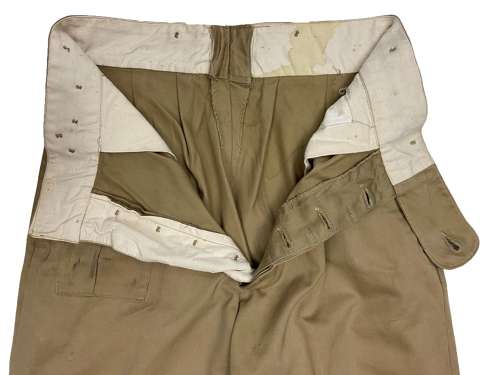 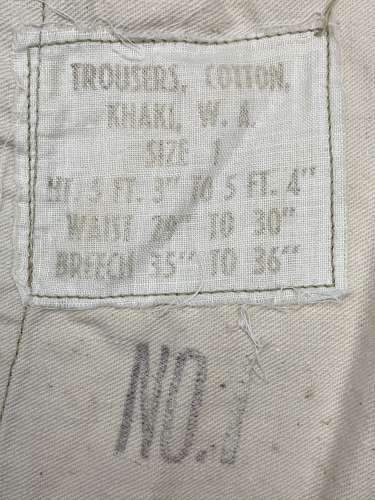 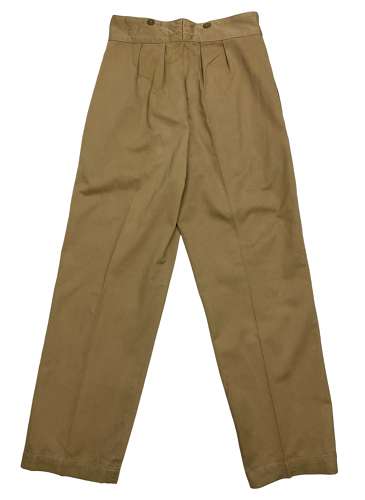 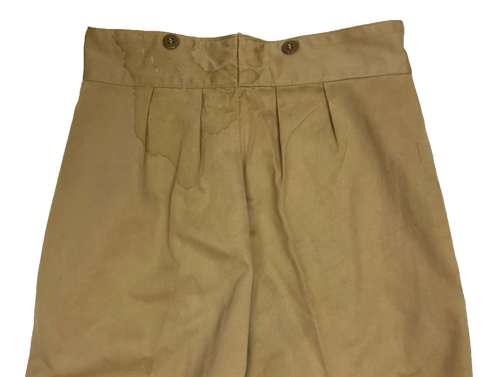 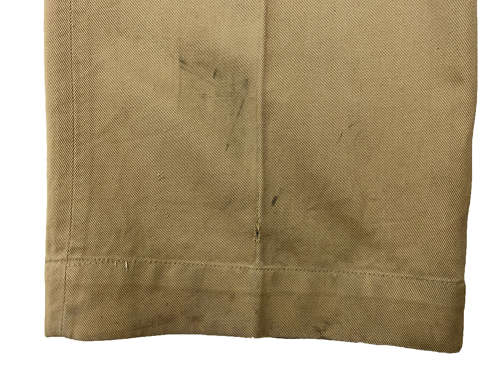 These trousers were made in the United States of America as part of the lend-lease scheme which is often referred to as 'War Aid'. They are made from a tan khaki coloured twill material and feature the buttoning single pleat first field dressing pocket which is found on all War Aid made trousers and shorts. The fly fastens with buttons and features a tab which can fasten to three different buttons on the waist band. More of the same buttons are fitted around the waist for braces and are typical of those found on American military items from this period.

Inside the trousers the original label is still present and states the size as No.1 which is designed to fit a 28-29" waist. The titles is 'Trousers, cotton, khaki, W.A.' and there is an ink stamp below the label which reads No.1 and relates to the size. There is no date on the label but all War Aid items were made between 1943 and 1945 and ceased along with the lend lease program at the end of the war.

The trousers are in good condition for their age with no real signs of wear or use. There is some staining and what look to be water marks to the rear. Some of this may be remedied with professional cleaning. Please study the pictures to determine the condition for yourself.

A nice pair of original trousers, typical of those worn in the Italian Campaign but British soldier and airman. These would make a great addition to any collection!