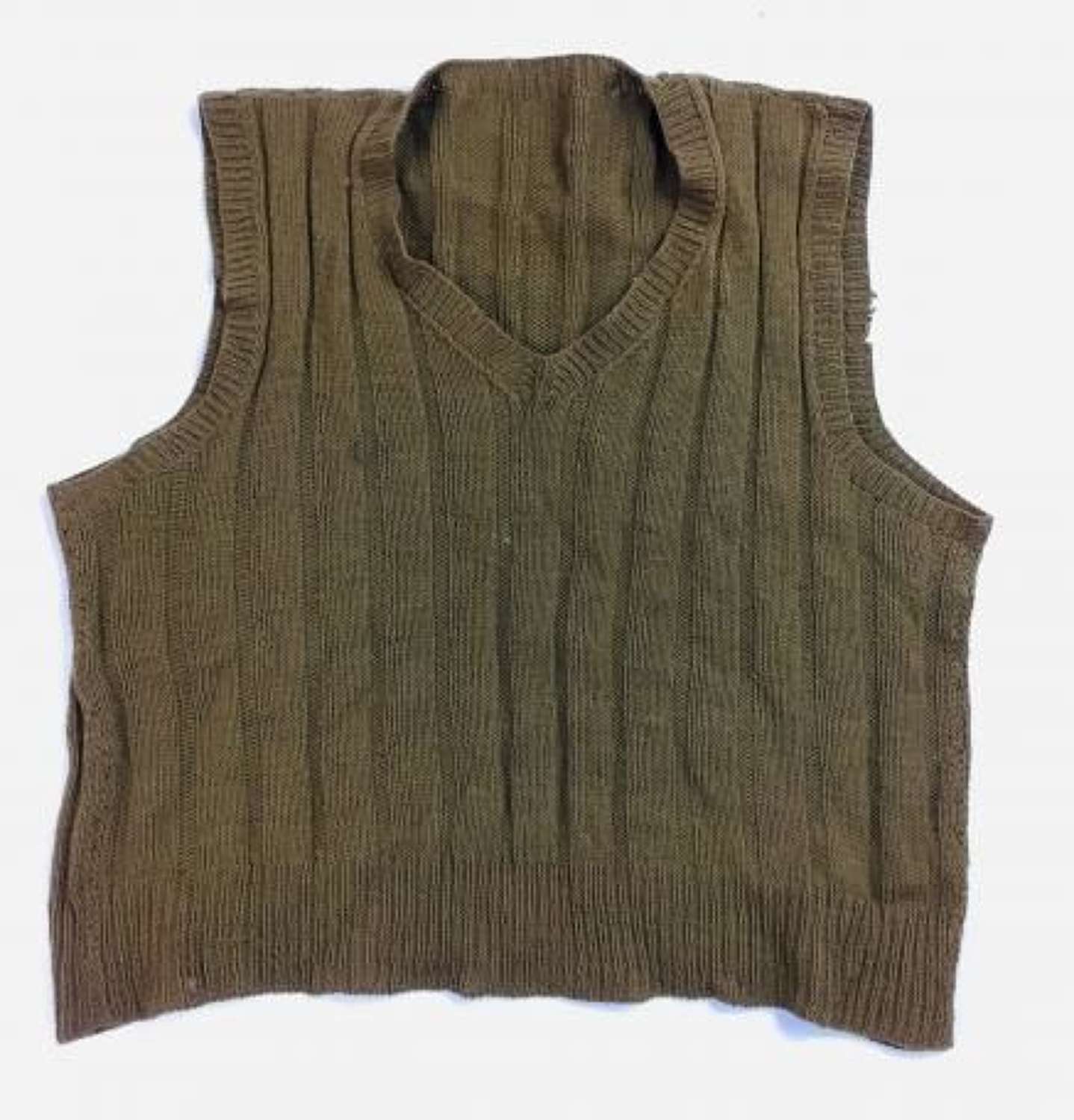 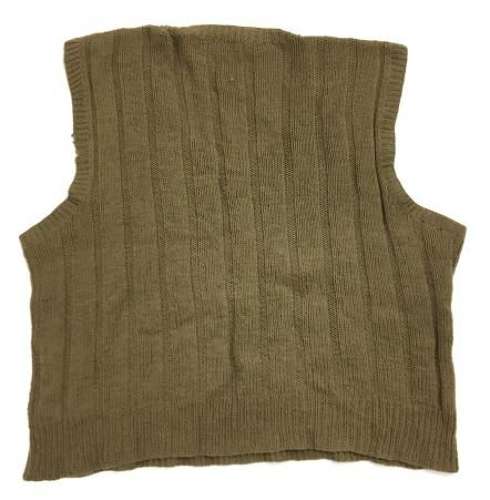 These woollen items were usually not issue items but home knits or forces knits which were sent out to soldiers on active service. This example is most likely one of those as it is not machine made and features no labels.

This jumper is without a doubt a Second World War example which is clear on first studying the item due to its length. The jumper is very short in the body as was the style during the 1930s and 40s and means it looks right when worn with the high waisted battledress trousers.

This style of jumper was worn by both Ordinary Ranks and Officers and would be acceptable for either.

The condition of the sweater is good but it is a vintage woollen item and shows some signs of age and wear as is to be expected. It is a reasonable size measuring at 20 1/2" pit to pit and 18 1/2" at the waist. This means it should be a good fit for up to a 40" chest and 36" waist.

Overall a nice original period British Army item, the kind of which is becoming increasingly harder to find.