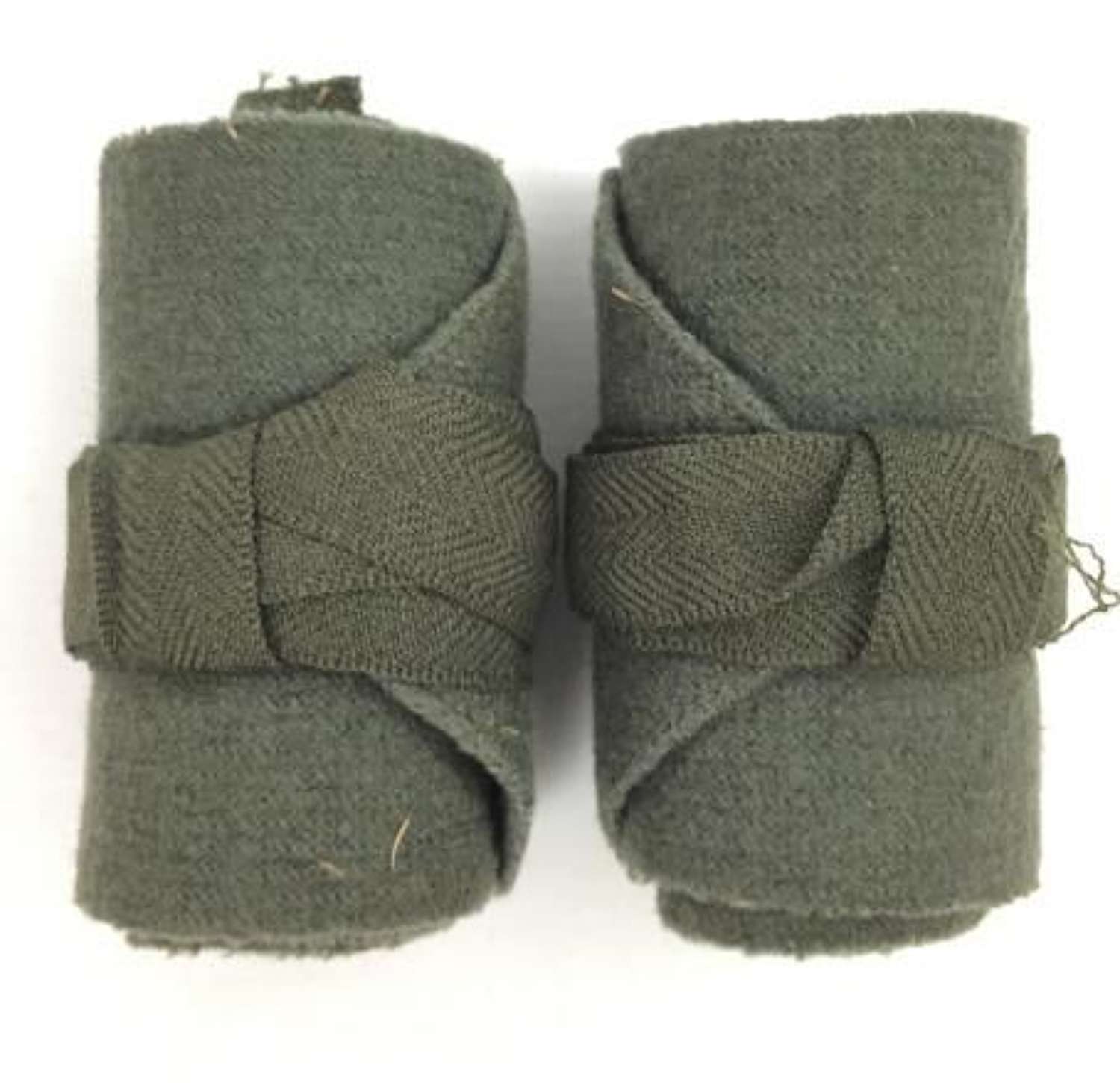 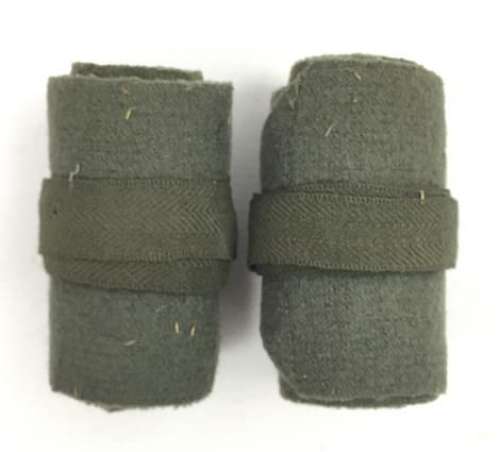 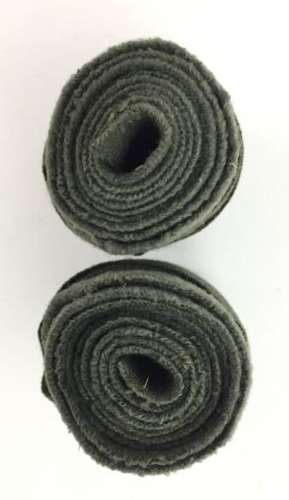 This short style of puttee is very similar to the longer pattern used during the Great War and Inter-war period with the main difference being that they are shorter in length. They are made from a serge wool and feature a khaki tape which is used to secure them.

Puttees saw wide spread issue in both the Middle East and Far East theatres of war but were also used by other units such as the SAS in North West Europe.

This particular pair came from an Officers trunk, all the contents of which were Second World War dated. Whilst similar post-war puttees are widely available on the market today, original wartime examples are scarce.

The condition appears to be good and consummate with their age. As previously mentioned they have been stored since the war.

A nice original piece of wartime clothing which is hard to find. A good addition to your British Army collection!