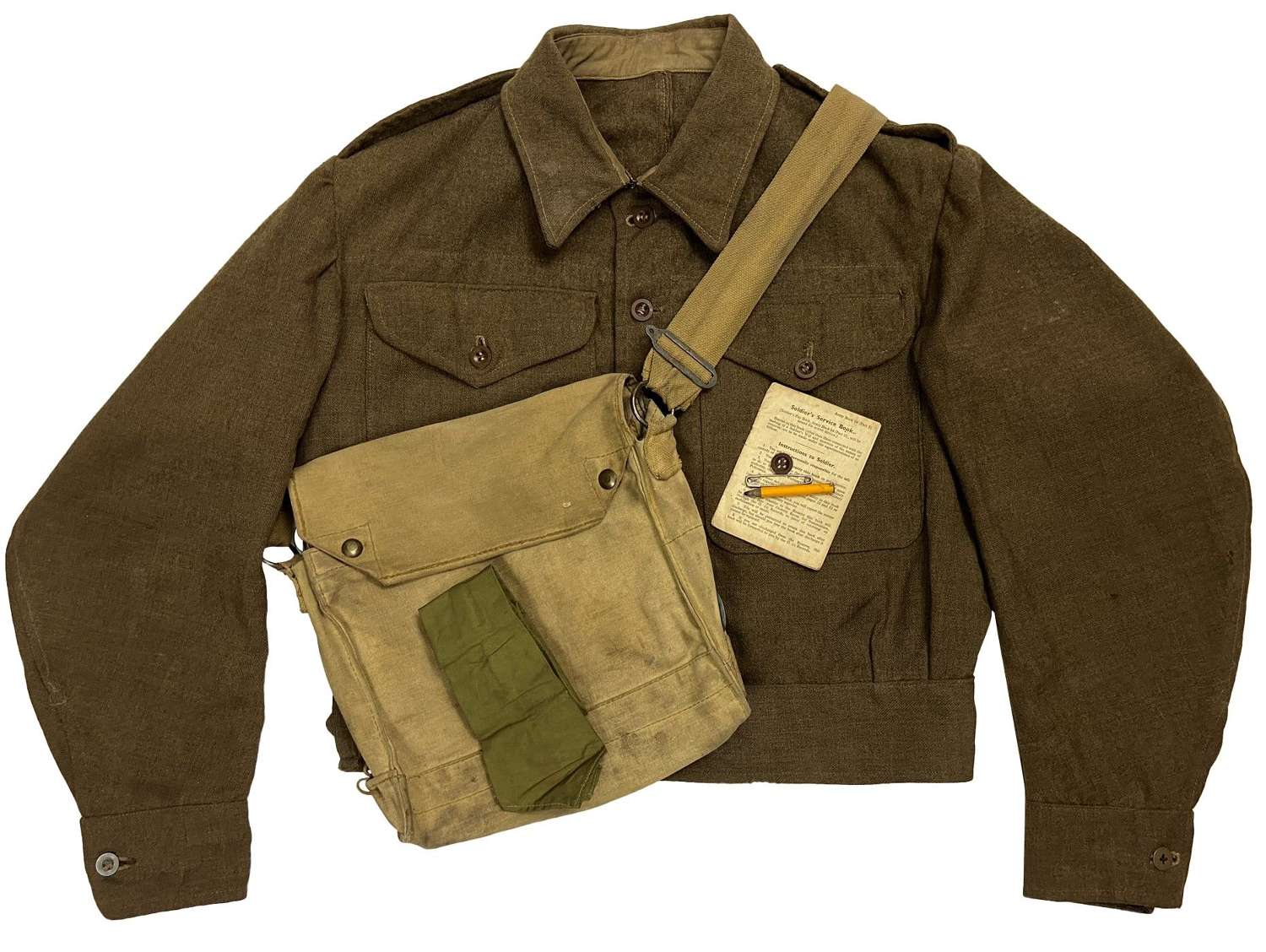 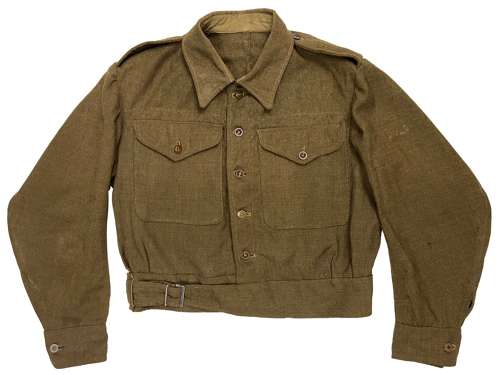 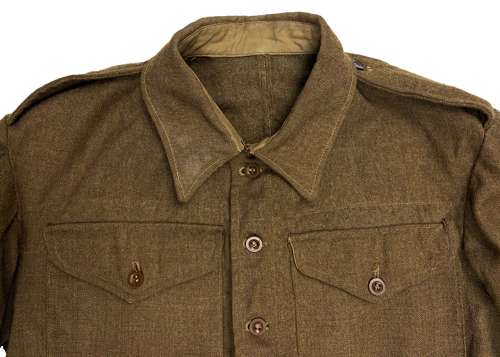 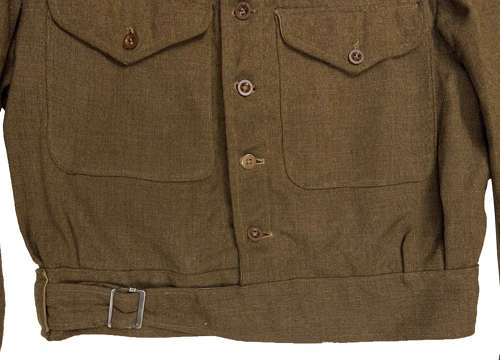 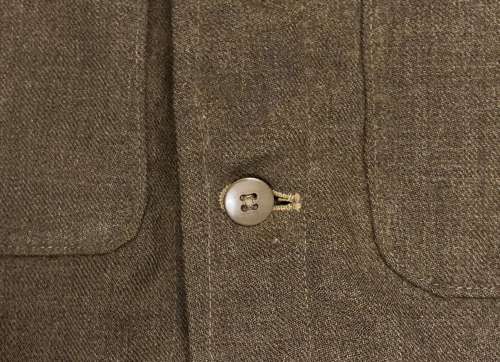 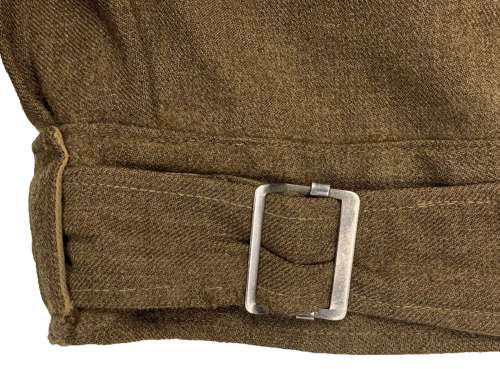 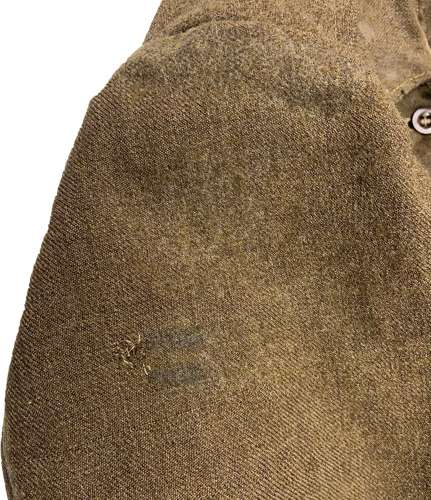 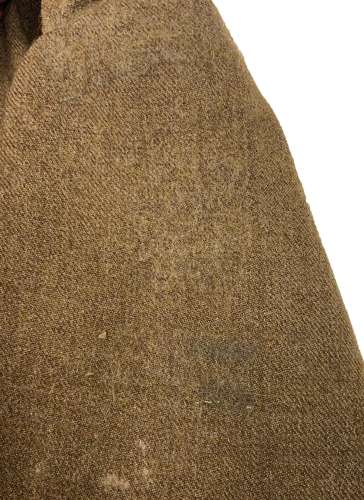 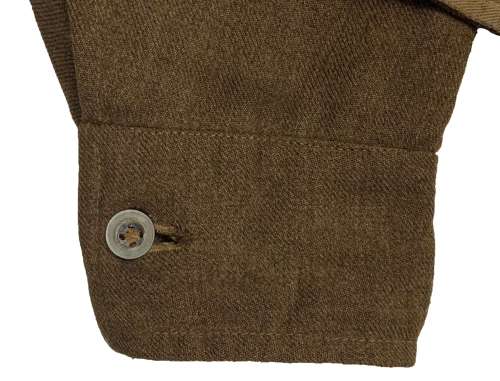 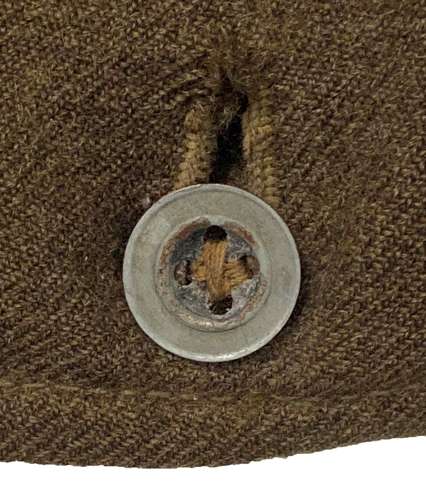 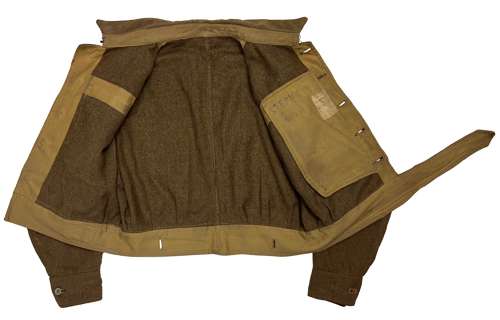 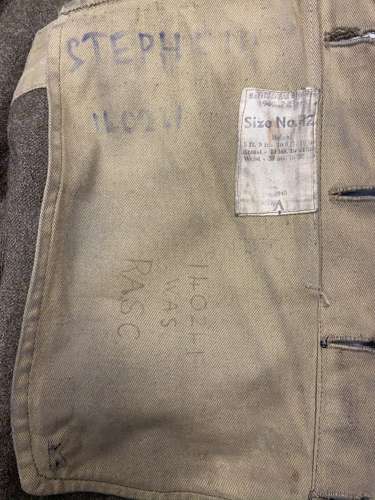 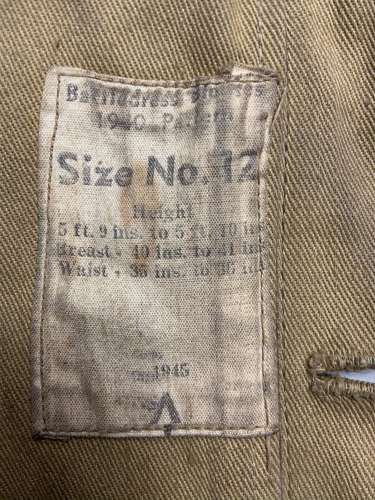 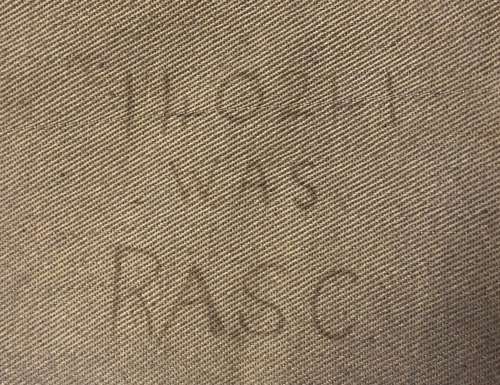 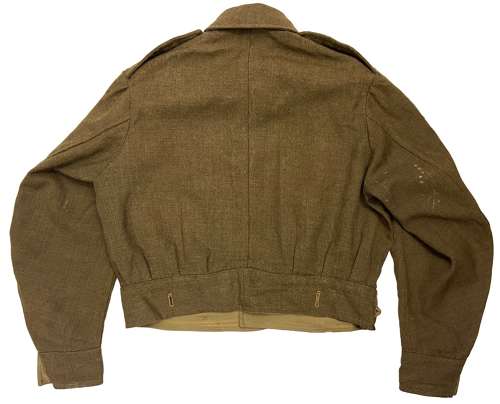 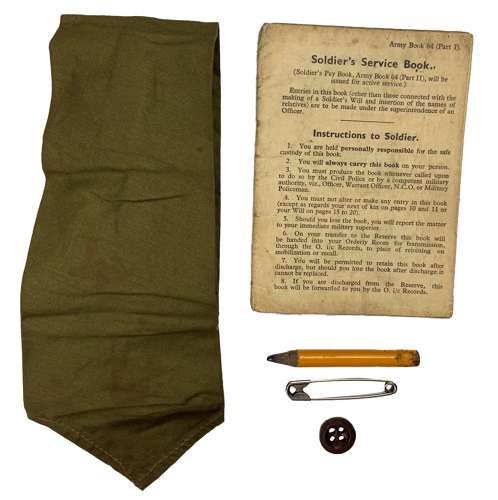 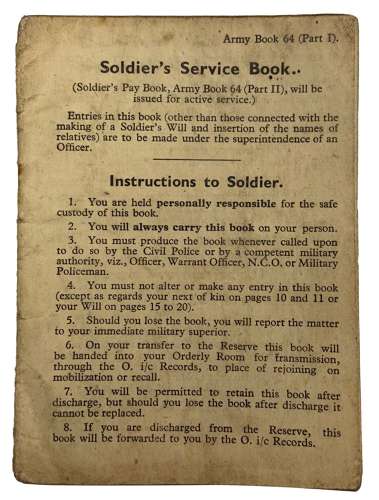 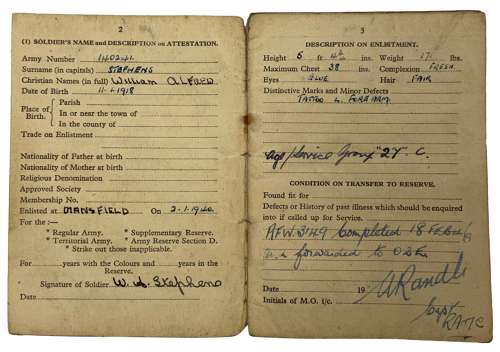 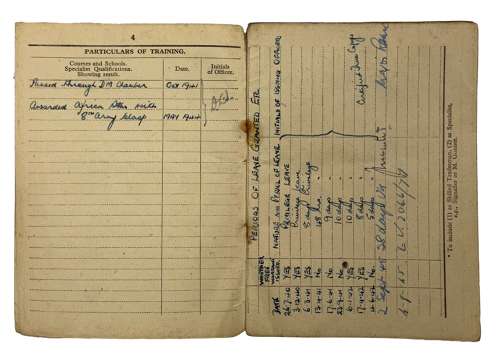 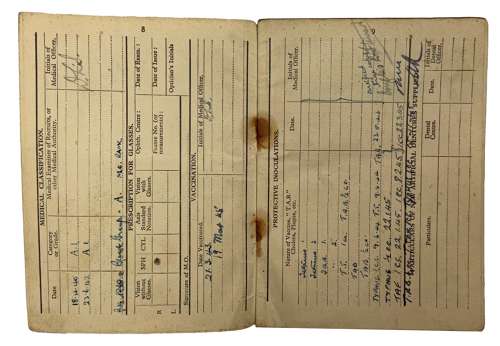 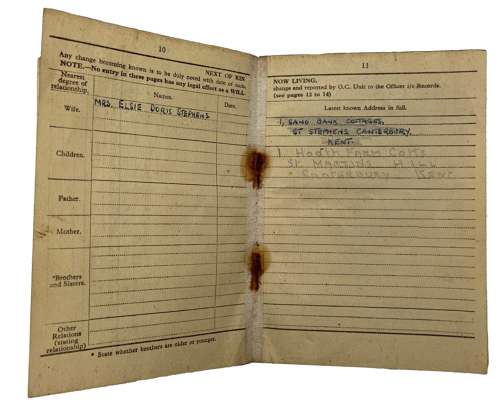 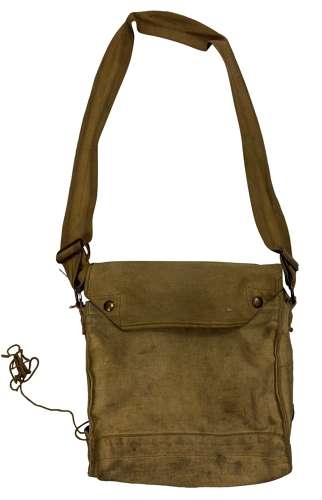 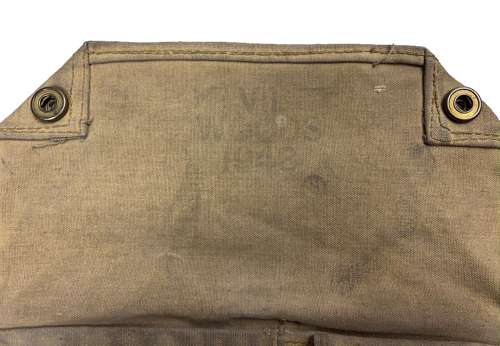 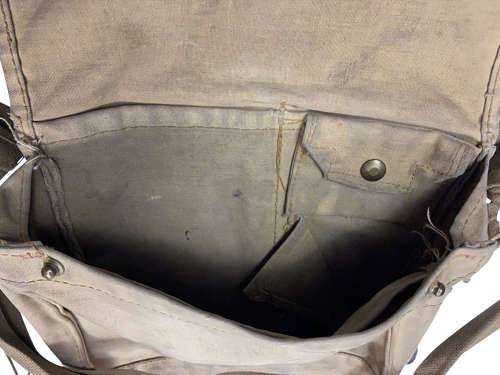 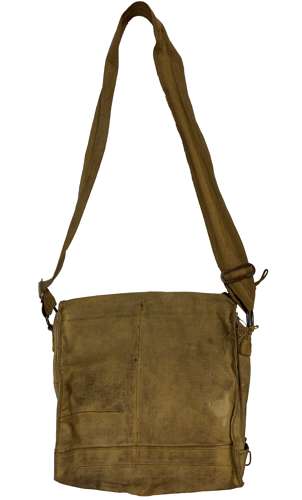 William Alfred Steptens joined the British Army on the 2nd of January 1940 in Mansfield. He served in the Western Desert with the British Army and almost certainly went on to fight in Italy. He may well have fought in North West Europe and possibly Greece or similar after the war but I can find no hard evidence to prove this. It appears he was demobed in February 1946.

The jacket is a standard 1940 pattern (austerity) battledress blouse dated 1945 which is a size 12. The jacket has been well worn but gives some clues as to the original wearers career. The right cuff has had the original button replaced with an Indian zink example which almost certainly came off Alfreds' Khaki Drill shorts or trousers. Two more buttons have been replaced with American buttons as found on War Aid battledress and would suggest that he served in at some stage as most American lend lease clothing was sent there. The sleeves of the jacket show some shadowing of where badges were previously fitted. It was common for badges to be removed for field security reasons which could be why this example is devoid of them. The shadowing looks to show two Arm of Service stripes which may give a clue to which specific unit the original owner served with.

Inside the jacket the original label is present and is still legible. It states the size as No.12 and bears the War Department broad arrow marking and 1945 date. The original owner has also marked his name to the interior twice which ties it to the AB64 paybook nicely and reads 140241 W.A.S, R.A.S.C.

The jacket is in well worn condition as can be seen in the pictures. It still displays well and was clearly the jacket he wore for fighting rather than a best 'walking out' jacket!

The grouping also comes with a MK VII chest respirator haversack which is dated 1943 and still retains its original string, used when the haversack is worn in the 'alert' position. As well as this the original owners AB64 is included and whilst it is a rather battered example (as they so often are) it retains a lot of details pertaining to the original owner. A pencil, button and safety pin were all found in the battledress pocket and have been kept together for prosperity. Finally is an army issue tie which has no date that I can find but would have been issued in late 1944 or early 1945 most likely.

A nice original WW2 grouping which offers the chance of further research. This would make a nice addition to any WW2 collection!