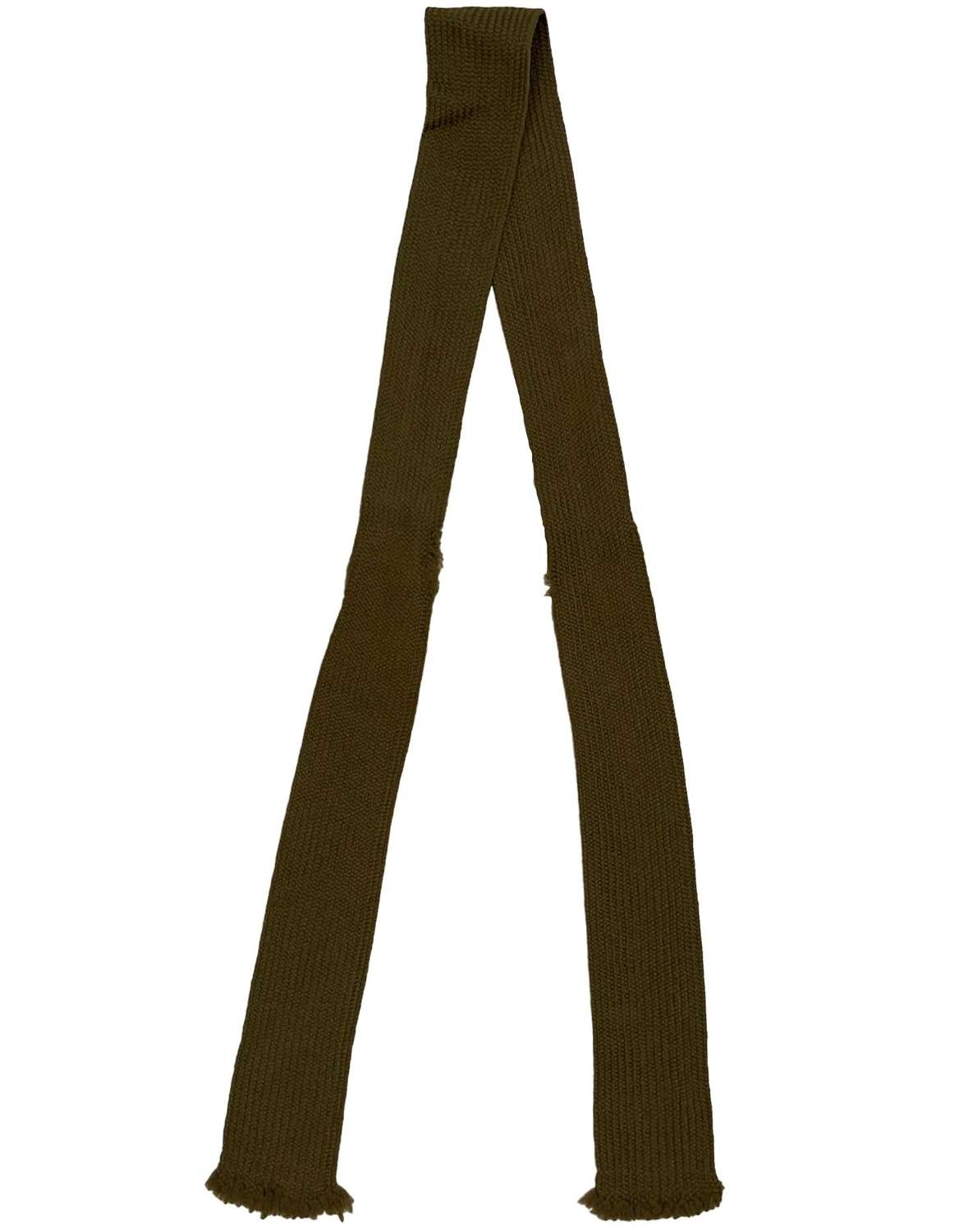 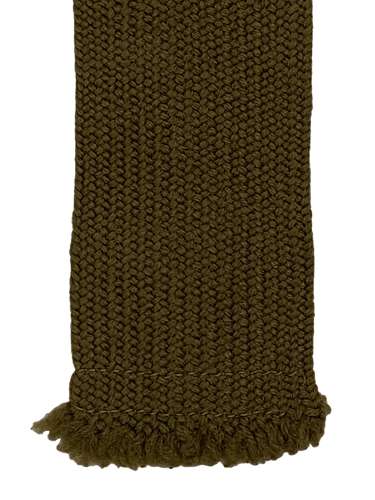 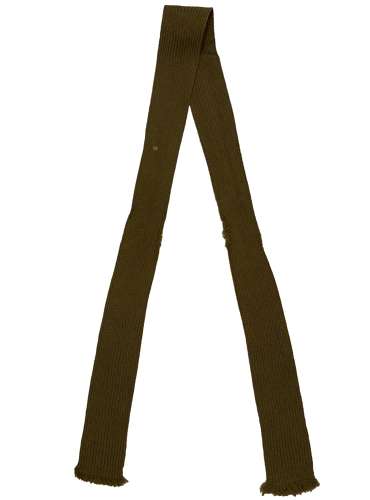 An original British Army Officers neck tie which belonged to Captain Walter Scott Karran of the Intelligence Corps during the Second World War.

Whilst this style of knitted tie is not usually associated with the Second World War; this is a guaranteed wartime item as it came with a group of effects, all of which date from 1945 or earlier. Knitted ties were highly popular in the Great War and came back into issue with ordinary ranks at the end of the Second World War. Officers purchased all of their uniform meaning they could choose between styles, clothes and cuts. Captain Karran obviously favoured this style!

The tie is in good condition with some signs of wear and age. There is some fraying where it has been tied many times.

Overall it displays well and would make a good addition to a British Army officer mannequin or similar.